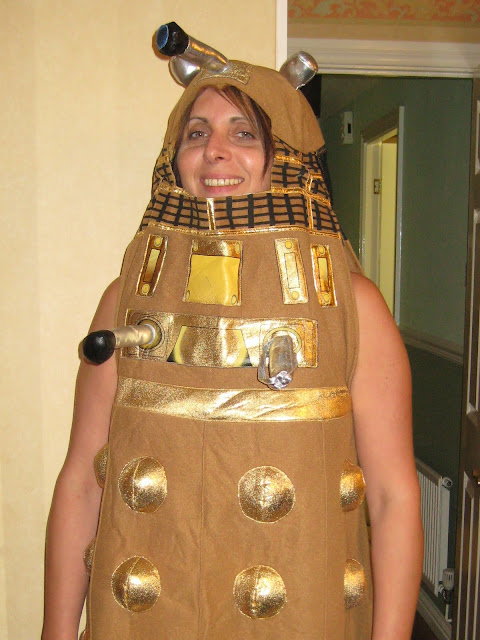 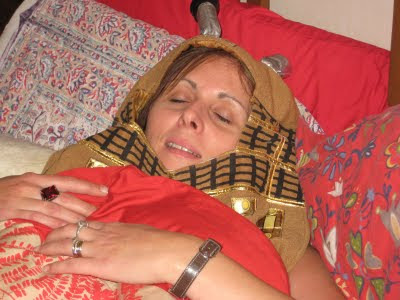 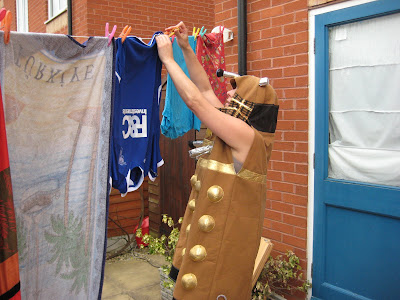 It is now Friday and my last day of #fancydressfriday. Didn't wear my costume on my epic journey from Worcester to Ramsgate return leaving home at 4am and returning at 2pm. 447 miles and was only there for 10 minutes to collect son and 3 Sea Cadet buddies after they spent the week sailing to France. I won't be putting the costume back in the attic just yet as I wear it every year to hand out the goodies on Halloween. It's sad now that the kids are no longer interested in this activity. 10 year old will go out for half an hour if he can persuade anyone to take him, to rob the neighbours of their sweets but isn't interested in dressing himself or the house up, thankfully the boys still love Christmas, although I think they humour me with the decorating. Will sit down this evening and search for #fancydressfriday and announce the winner live on twitter. I wonder if they will do the same next week or just keep their avatar up. Hope the spirit of #fancydressfriday continues. Last job to do in #fancydressfriday is to wash the costume. Off to bed early tonight as this week’s activities have left me exterminated.
Finally quote from hubby 'thank f*** for that, now will you pay the family some attention this week' huh see above what does he think I've been doing all week?
Posted by chickenruby at 20:56:00 12 comments: