Well I’m here in Dubai and first impressions are ‘I don’t like it’ dusty, expensive, they drive on the wrong side of the road and I’ve been hooted at too many times, they also drive fast. It’s also got to be the World’s largest building site and quite noisy. 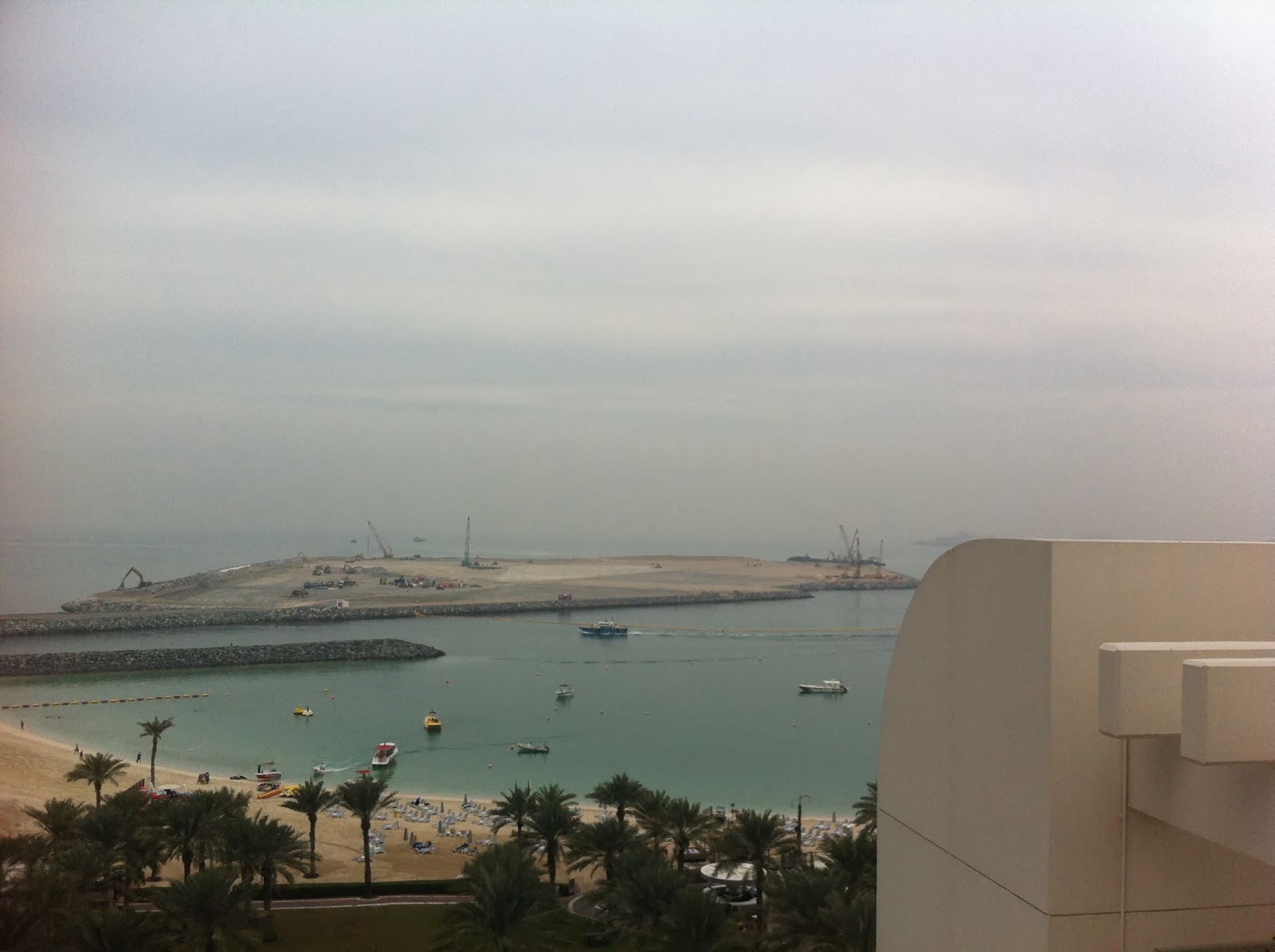 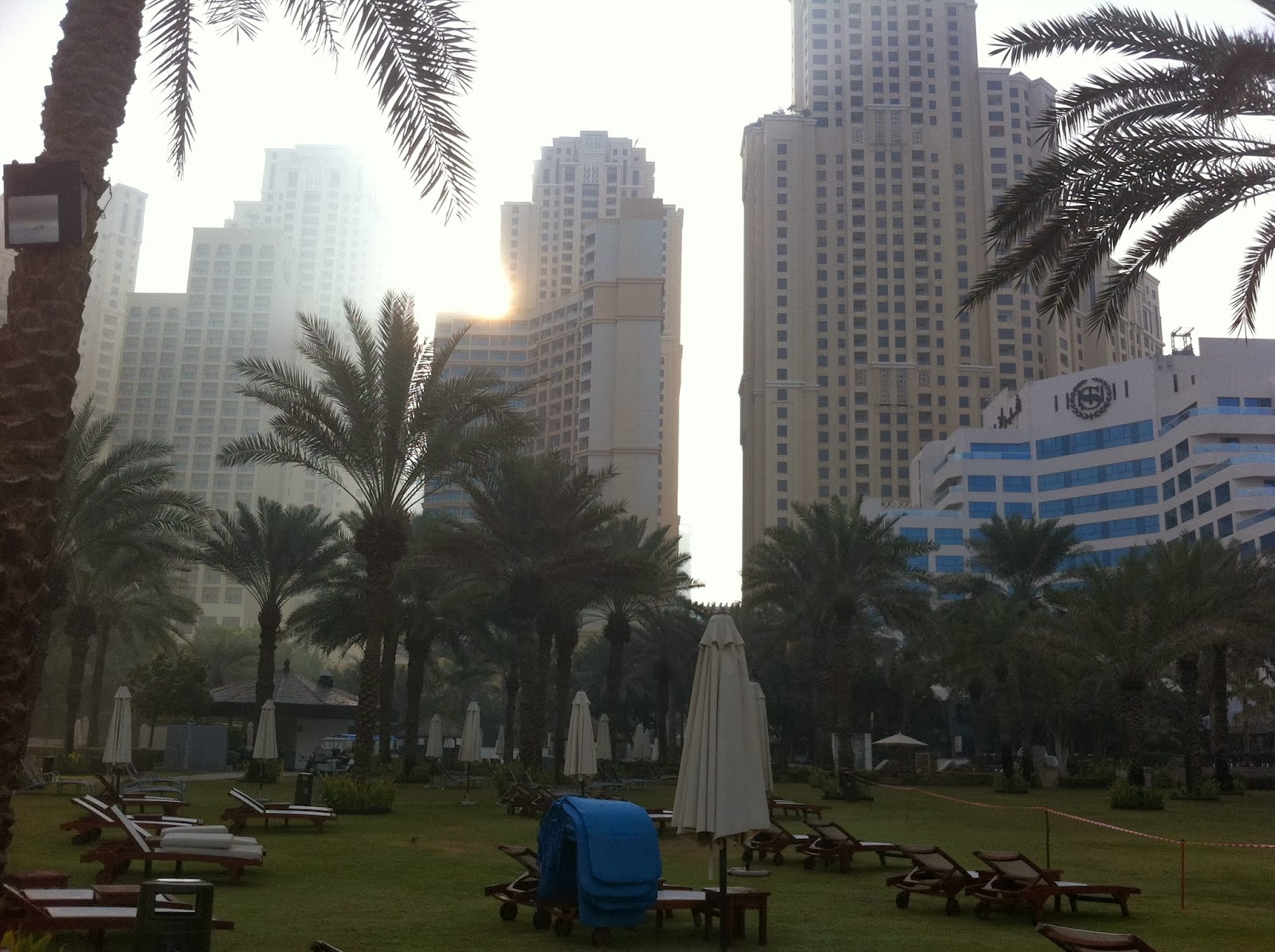 However this is my first day and I’m just getting my bearings at the moment.
We are staying at the Sheraton Jumerieh, Guest Services called to ask how things were and I said lovely, but it would be nice to open the window for a bit of fresh air and to see out, but the windows are covered in dust (I did acknowledge we are in the middle of a desert) within half an hour, I had repacked and relocated to a room with a balcony, thank you very much. 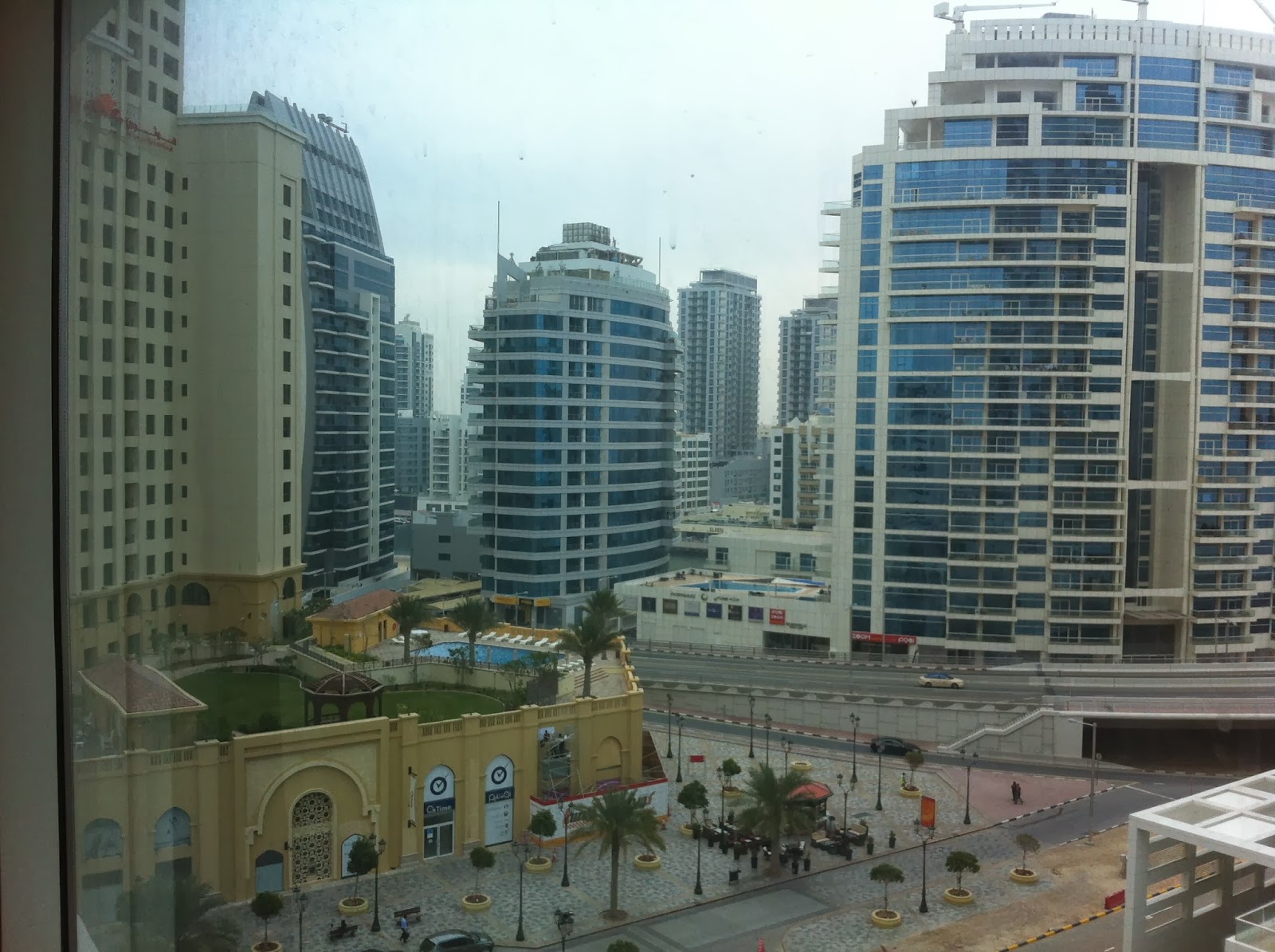 Breakfast buffet is included in the room rate and boy was it good. I just wanted a decent sup of tea, there were little pots of cream in the room which didn’t quite taste right and after 6 hours sleep I showered and ventured down for breakfast, hubby had left an hour earlier for a meeting.
Everyone was extremely friendly and explained to me how things worked etc. I took a walk onto the beach, the only Brit in a jumper, but bear in mind it’s 10c warmer in South Africa, than it is here. I decided to cut back through another Hotel to the main street to get my bearings and explore a bit further and was given short shrift by The Hilton Hotel staff and shown to the street via a back alley, not over impressed, but hey ho!
There’s a nice shopping area to walk through and some old and familiar shops such as Boots and Starbucks that haven’t reached South Africa and a Cinnabon cafe, unsure if that’s South African, British, American or other. I have no money, unsure of the exchange rate, but I know it doesn’t favour the Rand and what I’ve worked out, it’s a damn site more expensive than the UK, but so far I’ve only charged a Latte to the room and I don’t think £4.50 for City Centre Hotel coffee is that bad, but still way more expensive than SA making it R81 *breathes deeply*


It has been recommended I take a BigBusTour at $64 (so many exchange rates to work out) and I can walk to the shops and the Marina, which I’ll do tomorrow, plus there’s a gym, I’ve yet to find, the hotel is beach front with a pool and shaded gardens, free wifi and a hard drive of movies plus itunes to I can watch if I get bored, which I doubt very much. I’m more likely to run out of money, but it’s not a bad place to while away the rest of the week, reading, swimming and relaxing.
We went out for a meal last night and came across men dressed as fire fighters and Power Rangers playing musical intruments, unsure why, but they got a lot of attention. 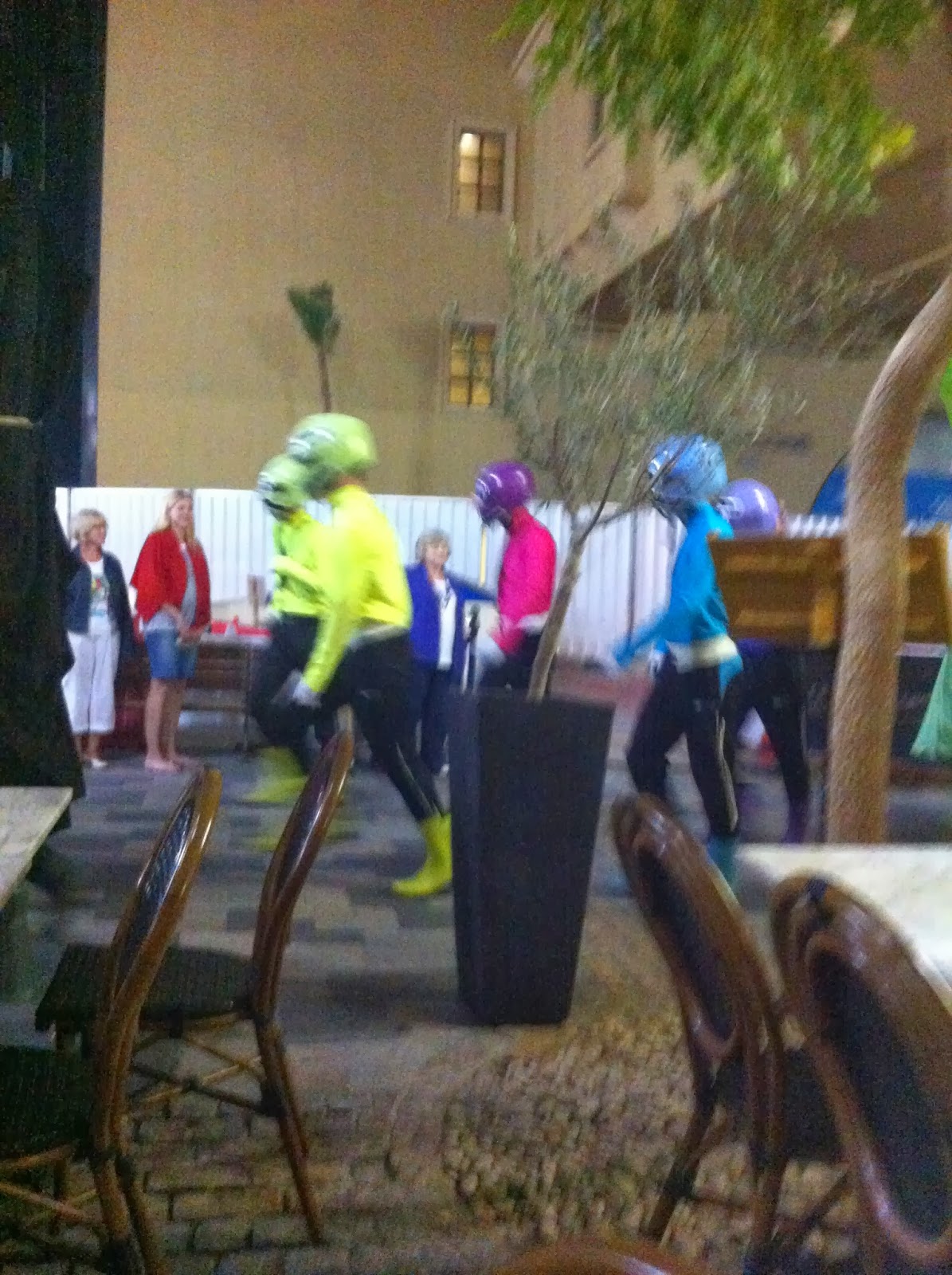 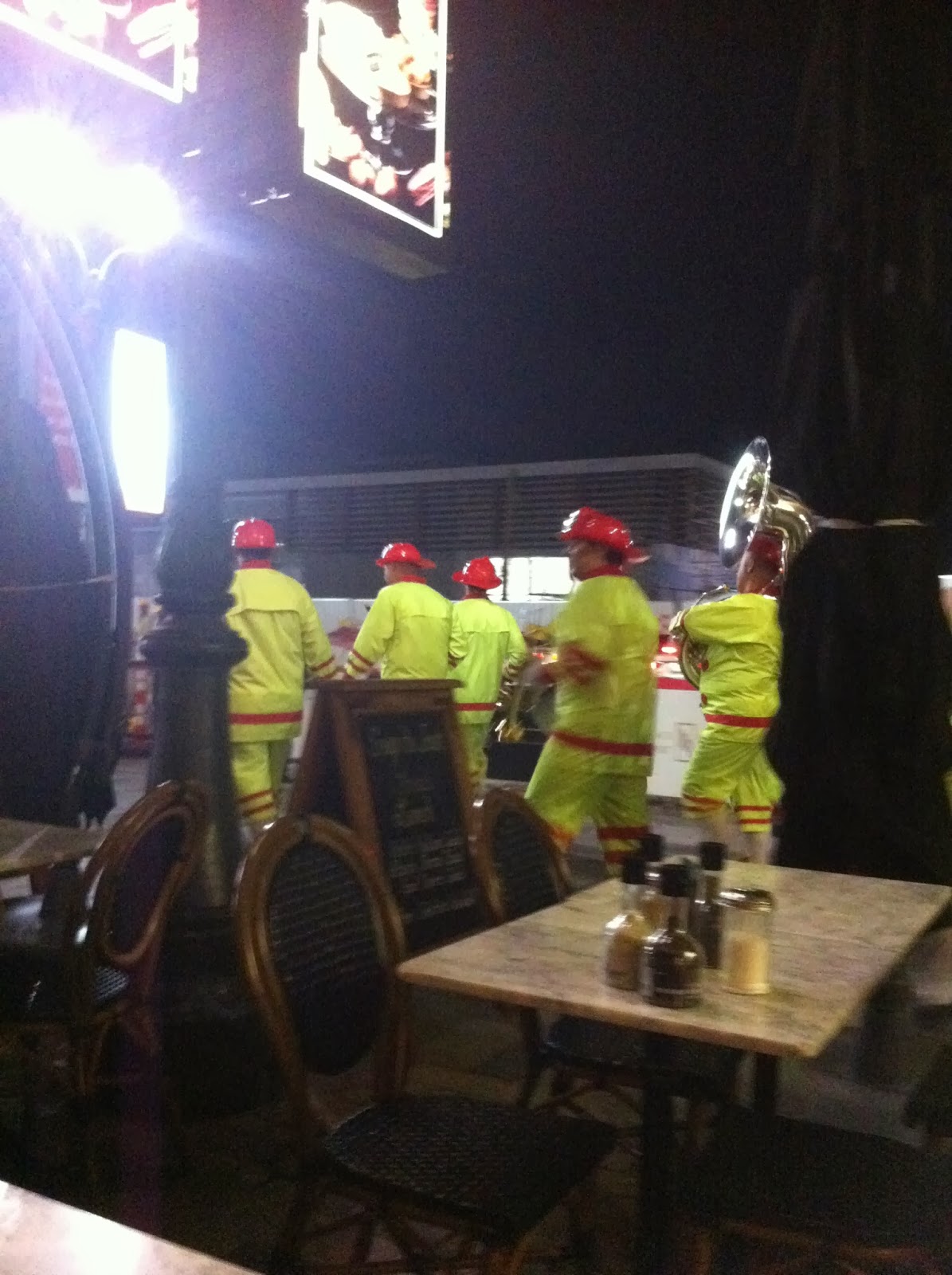