How to send post from the UK to South Africa

The only successful method is with a courier, which costs a fortune.

There is a postal strike in South Africa, it's been going on since August 13th and isn't due to be resolved until December 4th 2014. I didn't hear about the strike until Mid September, since finding out about it, I've advised family and friends to send mail to my Mother's address in the UK.

I visited the Post Office today to ask what will happen to undelivered post and was informed that when the strike is over the back log will be delivered......well I'm still laughing now, there are frequent strikes and the back log has never been delivered to date. In fact not a lot of post is ever delivered, even when there isn't a strike on.

On several occasions I've tweeted about this with the UK post office and been informed that it is the Royal Mail that delivers the letters so I need to talk to them about it.

Hubbies passport was stolen in July, we are still waiting for the new one to arrive as the Passport Office wrote to ask for further information, at the time we didn't know about the strike as customers are rarely informed here about them.

If as a customer I purchase a stamp to send a letter to a destination, I expect this letter to actually arrive. I accept the occasional mistake with delivery, however when it's a common occurrence and I inform you about it, I expect a proper response or an apology, suggesting the sender makes a claim is a waste of time. It doesn't resolve the issue, the item/letter/gift is still lost, the birthday card never reached the child and the letters saying 'we miss you' you rarely arrive.

A week ago the Royal Mail responded to my tweet with this link. 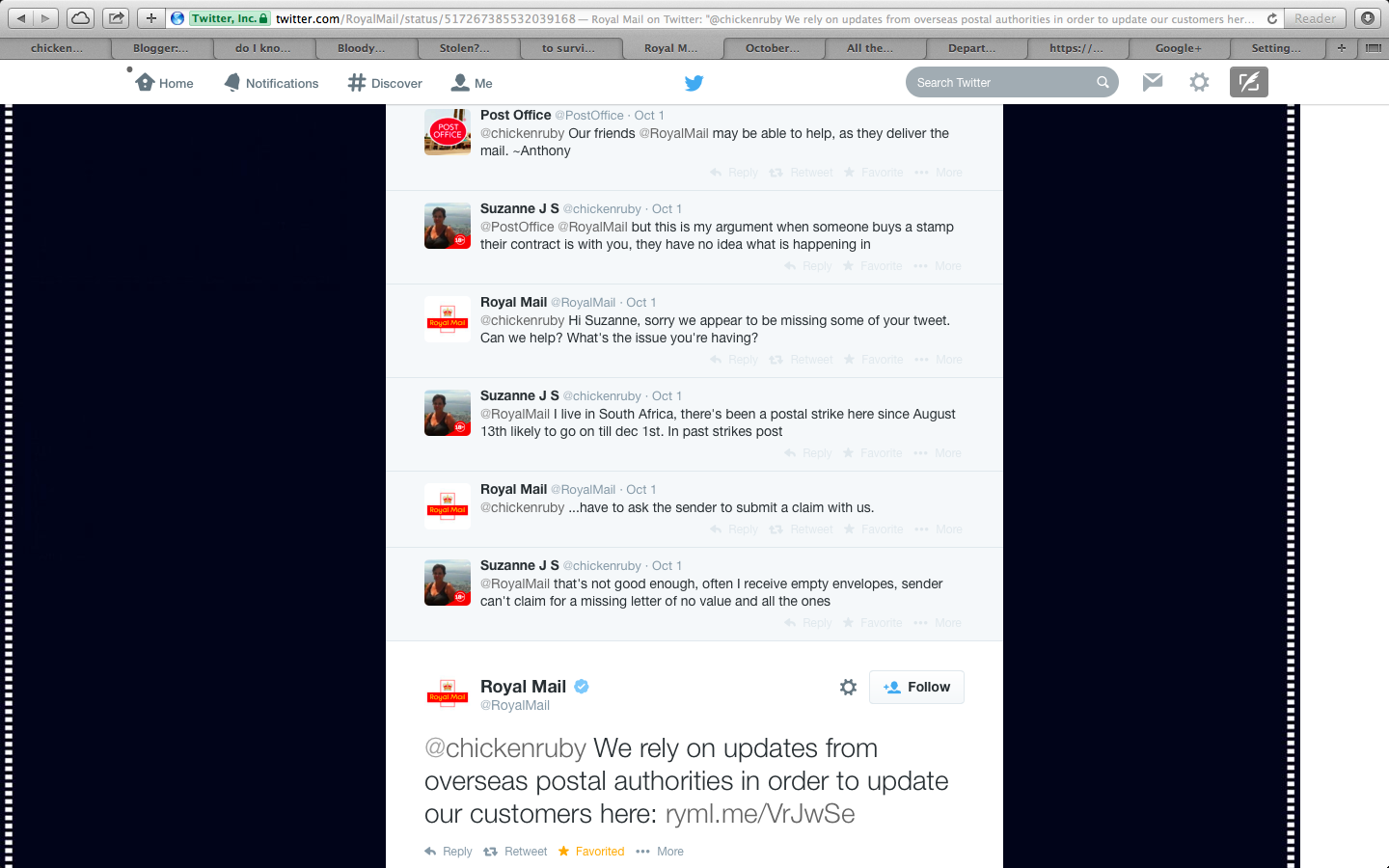 I wish I'd taken a screen shot of the link prior to me notifying the Royal Mail, but the good news is they have now updated their webpage. 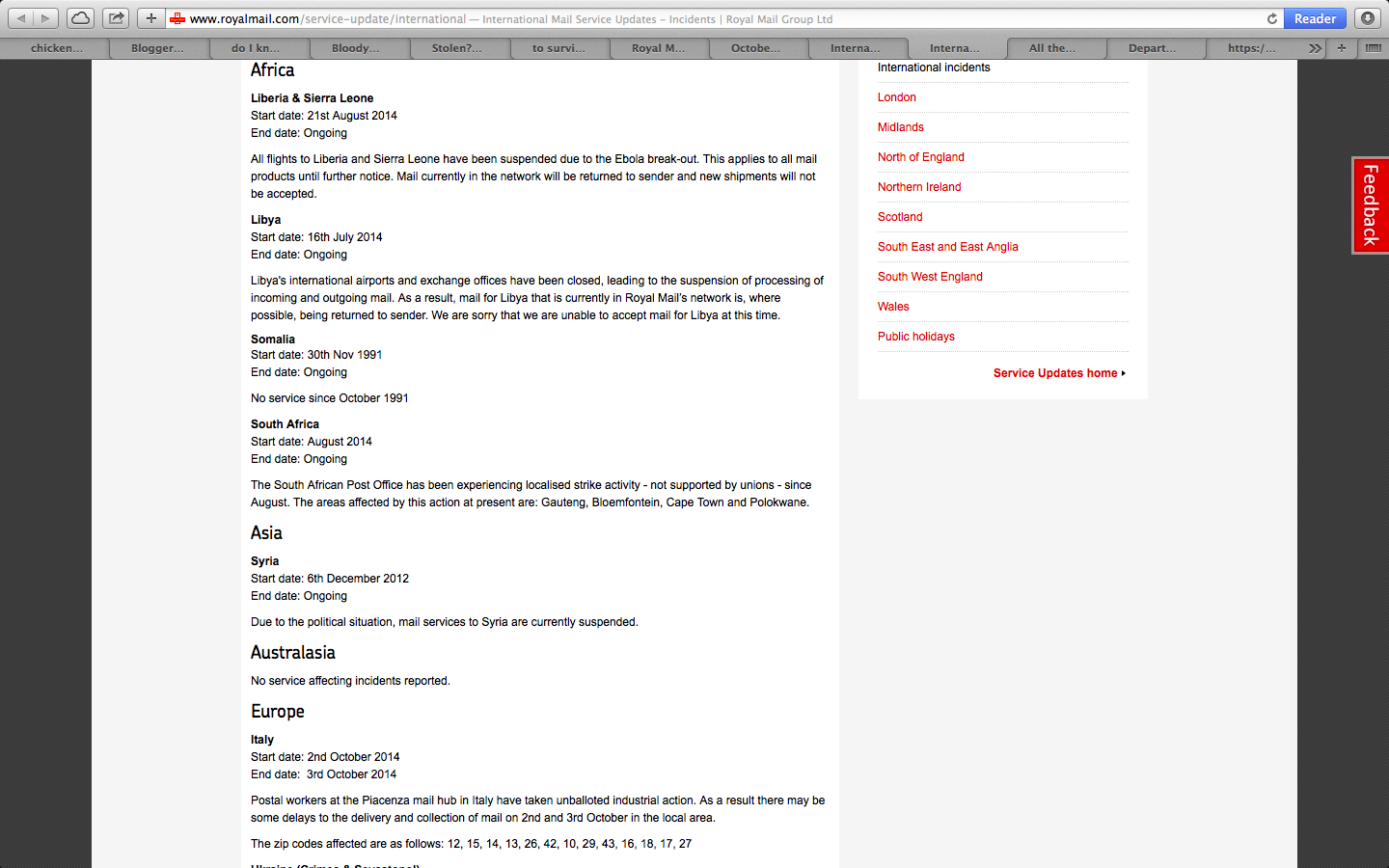 I would like to see the Royal Mail go one step further and actually notify people in the UK when they post letters and/or parcels to South Africa and/or other countries where there are known issues with missing post whether there is a strike or not, as they could save people a lot of time and money and anguish thinking that their gift/letter/card hasn't been acknowledged.

As an expat, yes we can use the internet, phone and Skype but there are plenty of family members and friends that don't use these methods and rely on the postal service.