What you consider waste is a meal for someone else

Last month my son and his girlfriend visited South Africa. We stopped for fuel whilst driving through the Kruger National Park. My son's girlfriend asked me to throw her half eaten cake in the bin. I told her to give it to the pump attendant. He ate it.

She said if she did that to a homeless person in the UK she'd have probably had it lobbed at the back of her head as she walked off.

Until you live in a country like South Africa, you have no idea what poor actually means. Poor doesn't always mean homeless, dirty or uneducated, poor means that everyday your priority is to earn money to feed your family. I wanted to write 'put food on the table' but a table for a lot of people would be an unnecessary item unless it was donated.

Often when I stop at the lights, someone will ask me for food or drink, rarely money. I will always give them them my half drunk bottle of water or coke, they always take it and drink it as if they've not drunk for several days.

Any waste food we have, we give to someone. If it's left overs from last nights meal, it will be given to the gardener for his lunch, if it's fruit or veg, or even that last slice of bread it is put out for the bin men on a tuesday morning, on top of the bin. 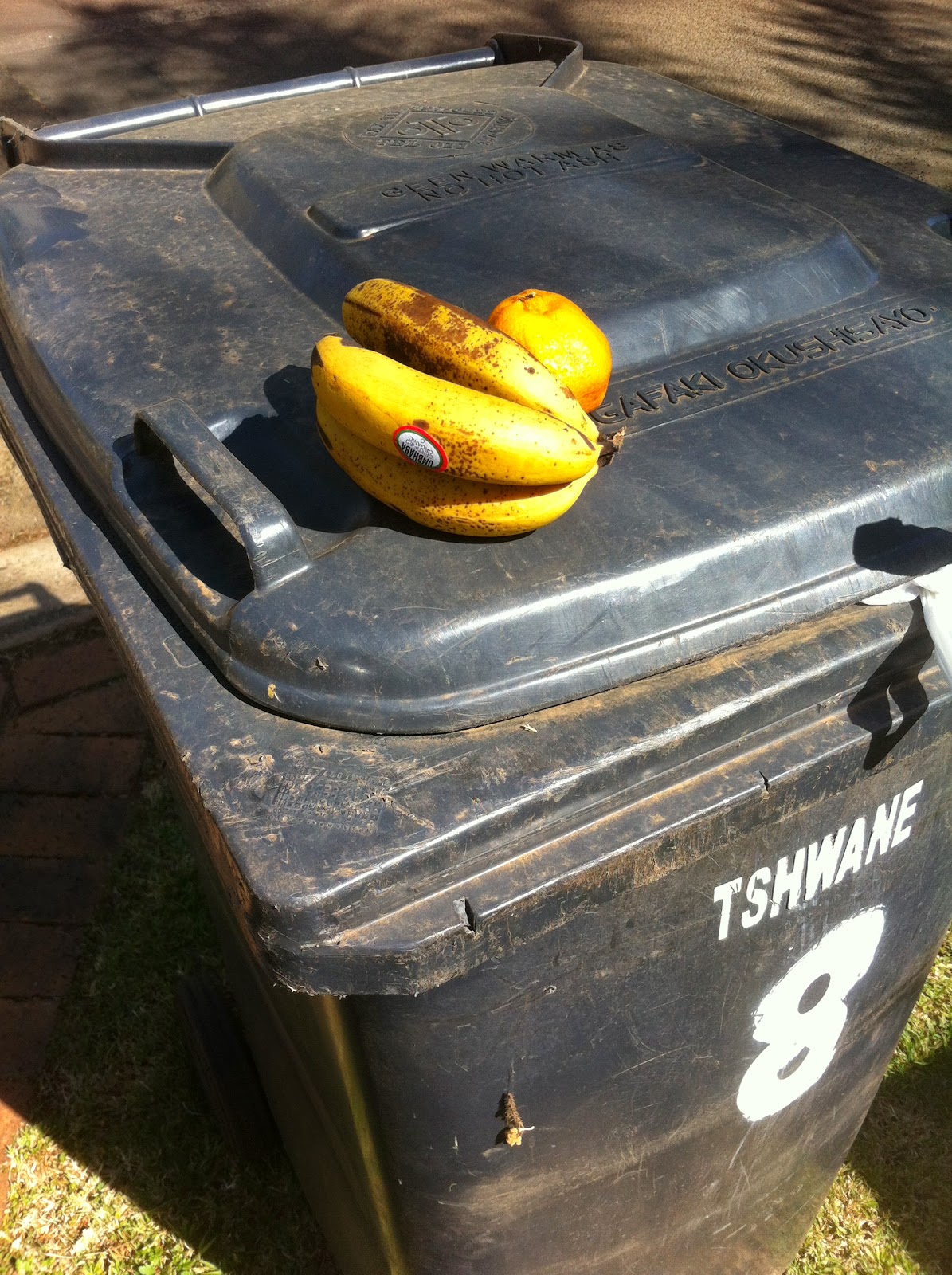 Not long after we moved to South Africa, I threw out a slice of stale bread, with some limp lettuce leaves in the bottom of the bread bag. I also scooped out the cat litter tray and put the contents in there before placing it in the wheelie bin.

The bin man, opened the bag, took the stale bread, shook it off and ate it. I was almost sick. In fact I feel sick now relating the story.

A friend told me how her maid used to ask for the outer leaves off the cabbage to take home. My friend, also an expat, enquired as to whether she had a pet rabbit. This was met with silence and then my friend realised that her maid was taking what she called the waste, home to feed her family.

Mumsnet brought to my attention Unilever who are also running the #clearaplate campaign to provide an additional half a million meals to families in need through its partnership with Oxfam, and is calling on people to do their bit to address food waste in order to fight hunger in the UK.

I'm not sure my approach to food waste would work in the UK, I'm not sure the offer of a half eaten cake would go down too well.

I read this post last week about 'lets stop giving our crap to the poor' Most of the readers agreed, however I say after spending 4 years working with the 'poor' Let the poor decide for themselves what is crap, when you have nothing, or your lost everything in a shack fire or in floods, including family members, nothing that one gives is 'crap' it is usually one thing more than they had before you gave it to them.