I've not been sleeping well last week, haven't done anything differently and in fact I had a really good start and end to the week, had a blip in the middle with anxiety levels when food shopping and I've now booked click and collect from Tesco, now I have a vehicle.

On my list this week is:
Learn to crochet (been carrying this forward since pre lockdown).
Family Tree.
Investigate returning to the OU to finish my degree.
Write letters to care homes, family, friends and continue writing letters for our grandchild for when she is older.

So far I've written about finding out we were going to be grandparents, the build up to the birth and future letters planned are meeting for the first time, why grandad didn't meet up for 2 weeks old, how granny and grandad met, raising dad, uncles and aunty, tales of daddy's childhood, family holidays, living abroad, the cat and dog and other family pets, important others in our lives and what life was like before and during lockdown. At only 8 months old, it will be a while before they get read. I've also bought a Grandparents life story book, but I've left it in Dubai. I've realised since my father died I actually have nothing personal written to me from him. I'll be doing this for future grandchildren also.

145 Sunday The tree in the front garden was cut down today, my friend will collect the logs for her open fire in a fortnights time. I hoovered, cleaned windows (I wish I could persuade the cat to stop sitting on the window sills, she presses her nose against the windows and I seem to be cleaning them daily) I baked a cake and cooked a full Sunday roast, I wrote 12 post cards as part of #postcardsofkindness to care homes around  he UK, then took Bob for a long walk, via a post box. The rest of the day was spent on video calls with friends and kids, doing a jigsaw and finishing off some various crafts. 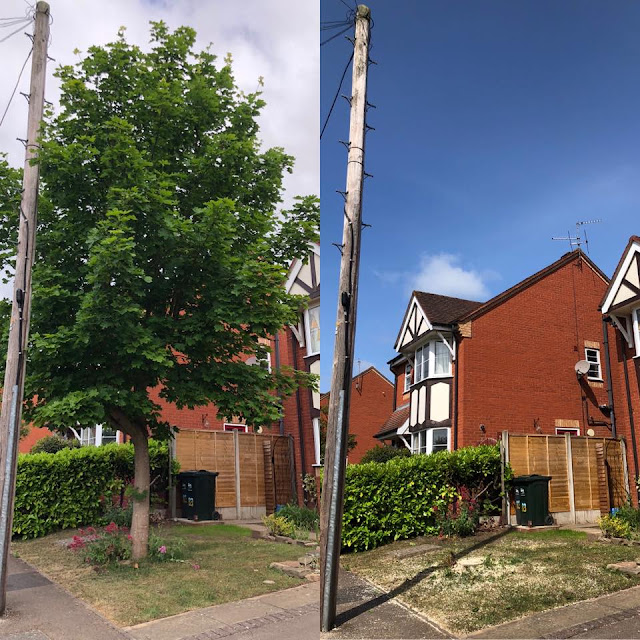 146 Monday Had new electricity and gas meters installed first thing then off to Waitrose to do my food shop as I'd had to give up on Thursday, also popped int Wilko, no queue for either shop and I treated myself to a hydrangea for the garden. Spent the afternoon batch cooking for the rest of the week, wrote letters, ironed, mowed and watered the lawn and garden thoroughly whilst making dinner. Tried my hand at dot painting, not bad, but not something I'll be doing again, too fiddly. 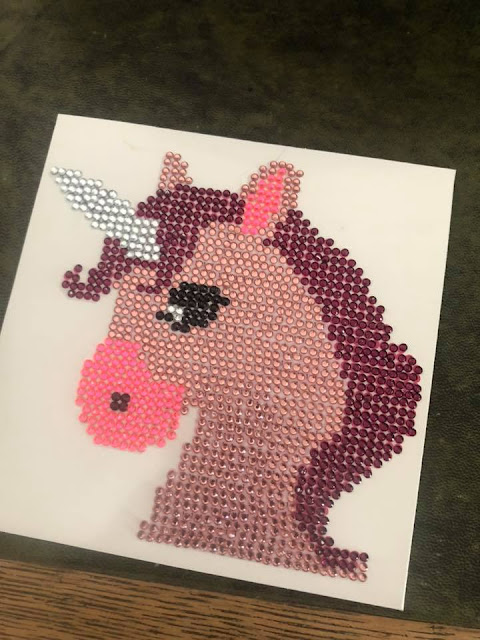 147 Tuesday The plumber originally said he'd be coming on Thursday but messaged last night to say he was coming today, so up early to remove the bath panel, clean underneath and thoroughly clean a pathway to the bathroom. I spent most of the day just hanging around, couldn't get motivated to do anything. I spent the afternoon removing carpets from the bedrooms, landing and stairs and taking them outside after cutting them into manageable sizes. I then thoroughly hoovered and cleaned the floors, the carpets were in the house when we bought it back in 2002 and after 9 years of tenants, they need replacing, which will happen next week. A lovely response from one of the care homes in the UK I write to. 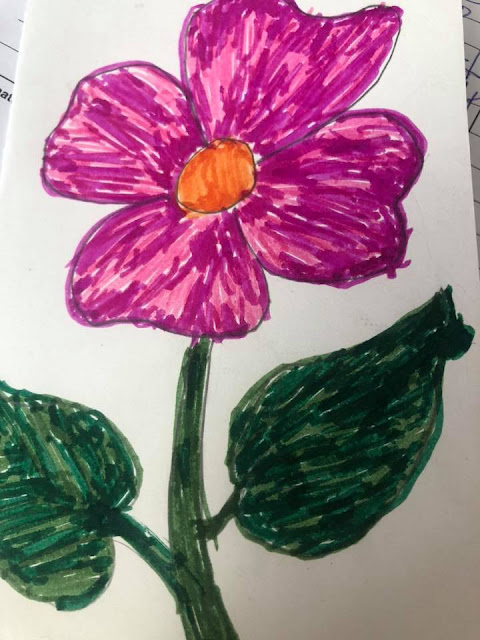 148 Wednesday A very slow start to the day just couldn't get motivated, then I remembered the green waste bin had been emptied, so I cut the fir tree, the neighbours hedge that had grown over into my front garden and did some weeding, wrote letters, tidied up and got back into my routine in the evening and was in bed at 9pm, can't get used to this long evenings. Still light at bedtime. 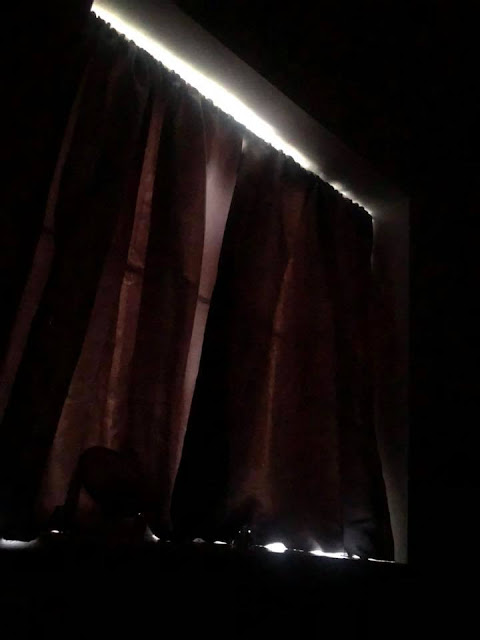 149 Thursday Slept for 8 hours solid and woke at 5am, feeling much better. I walked Bob to the post office to buy mum her weekly TV guide and post it plus a care package sent to child 4 and a couple of letters. Afternoon was spent putting up a curtain rail in the main bedroom and writing more letters. The evening was spent sitting on the front door step with my friend and neighbour Debbie, drinking wine. 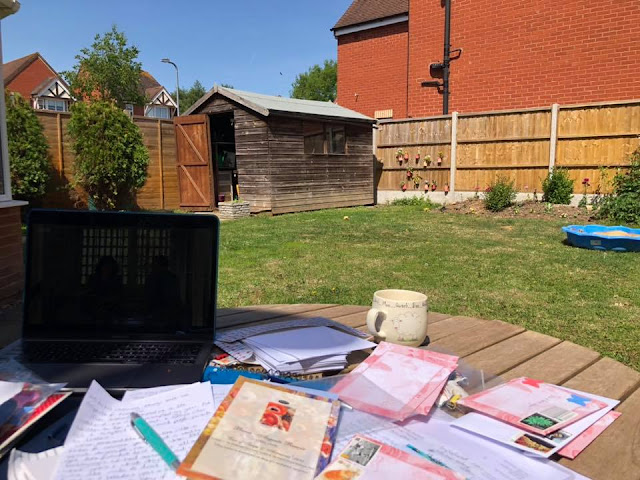 150 Friday Woke up to the house being a mess, but rather than worrying about tidying up, I loaded Bob in the car and headed up the Malvern Hills for 2 hours, the rest of the day was spent hanging curtiains, sitting in the garden, tidying up. I filled in all the holes in walls around the downstairs, did some gardening and blogging. After tea, garden watered, everything tidied away, bath and bed.
Bob is getting much better going down the hills, he doesn't pull on the lead as much. 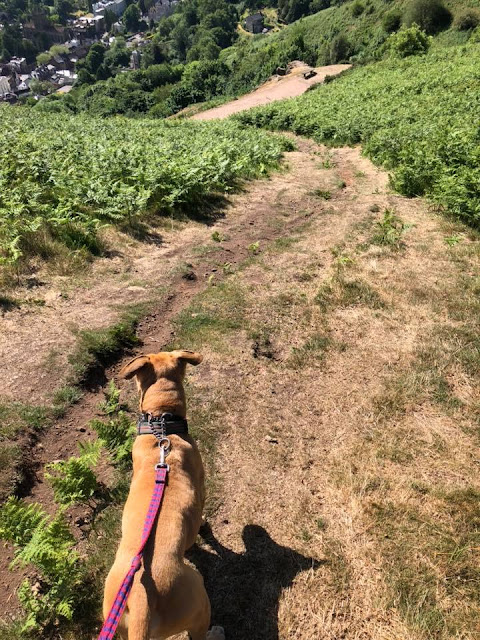 151 Saturday I spent the day cleaning the kitchen, hallway and downstairs loo and prepping it for painting, the woodwork has been finished and I'll paint the walls tomorrow. I took Bob out for a walk. I've a video call lined up with my friend Rosie who we met on twitter over 10 years ago now. My friend Cheryl called from South Africa, plus the usual calls with mum and Peter. 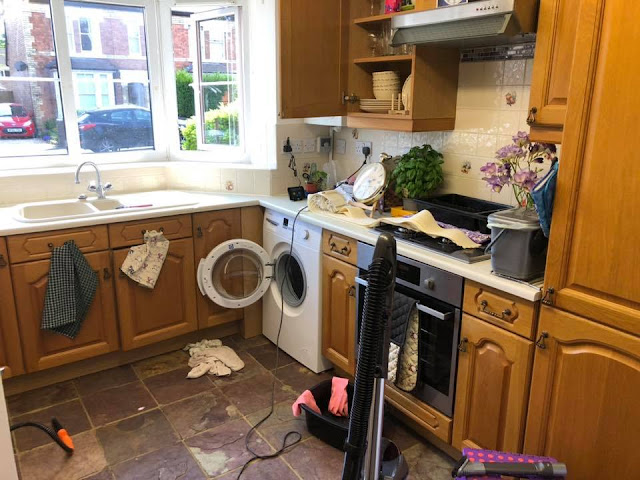 On the blog this week.

My Sunday Photo - Maintaining social distancing whilst shopping and visiting family and friends.


You are invited to the Inlinkz link party!
Click here to enter
Posted by chickenruby at 19:51:00