The kids keep promising they'll come with me when they are over in Dubai for their holidays, but then we never seem to get round to going so I decided to go to the aquarium on my own. 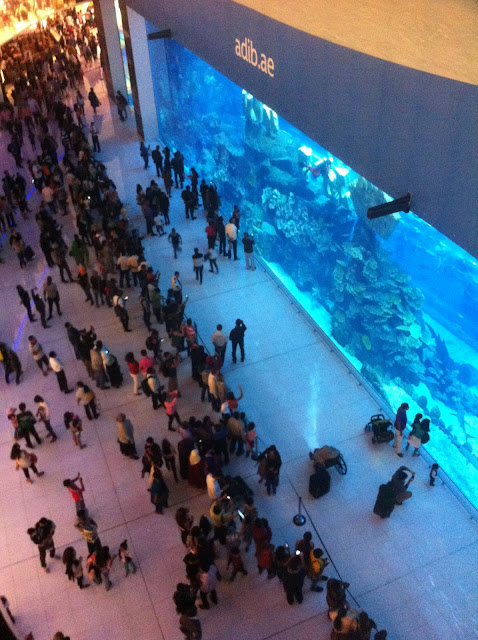 Dubai Aquarium and Underwater Zoo is located in Dubai Mall, the world's largest mall, so there is no surprise then to discover that the aquarium holds many records also.

The most fascinating one being that the view below contains the world's largest single piece of acrylic panel which weighs 45,000kgs and measure 32.8 m x 8.3 m and is 750 mm thick. 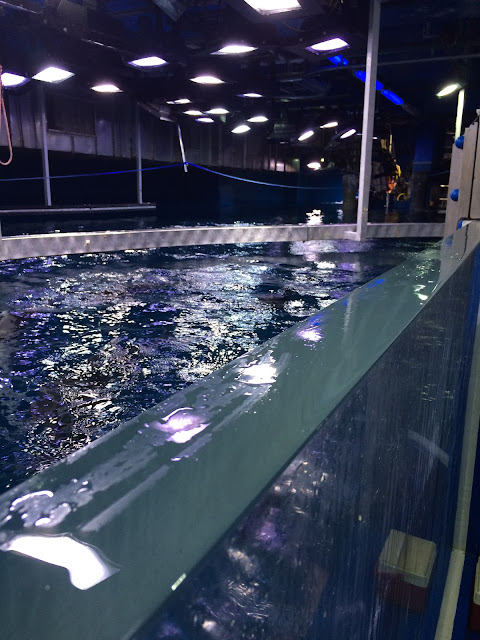 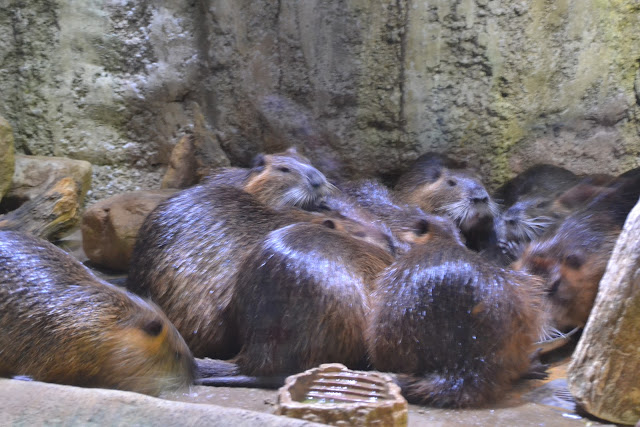 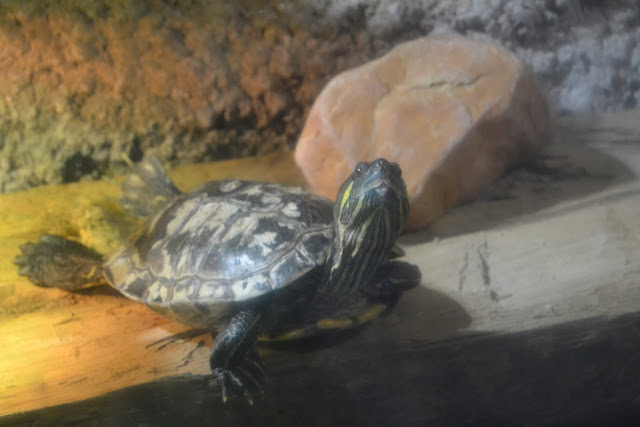 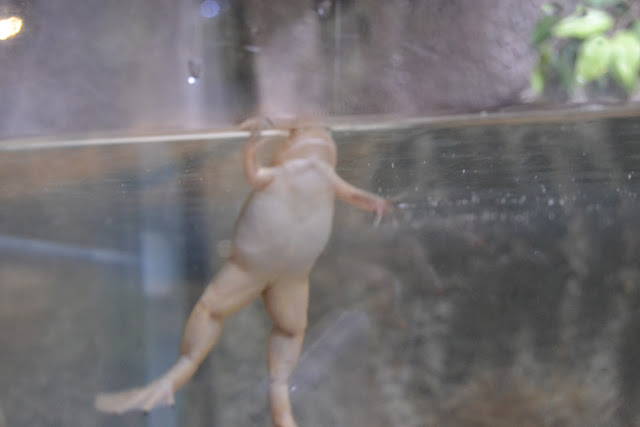 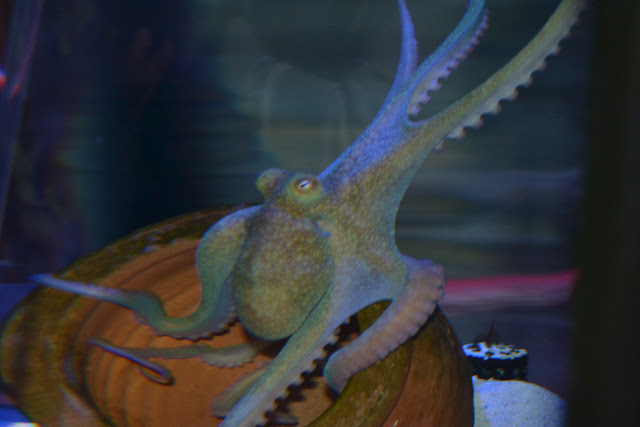 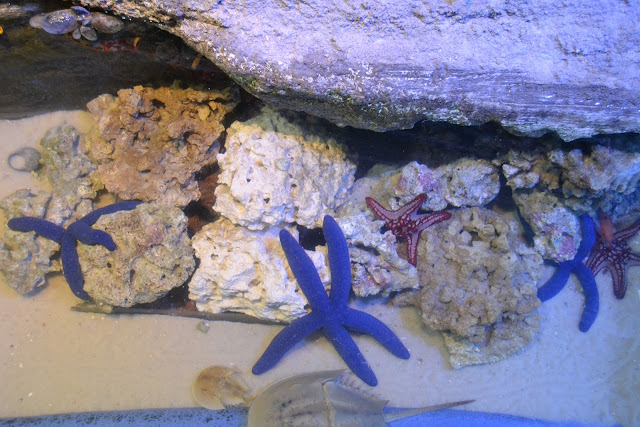 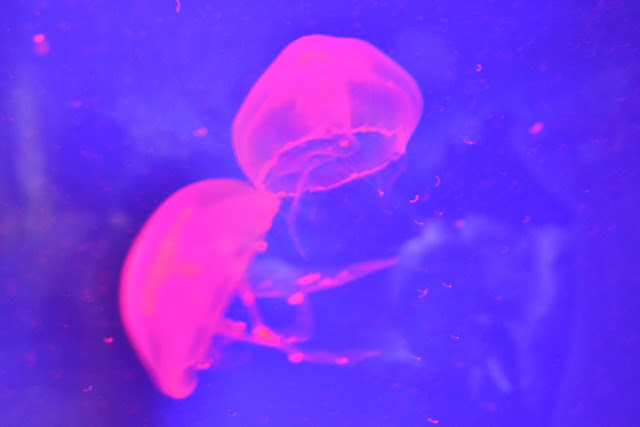 You can view the aquarium from the outside from 3 floors. 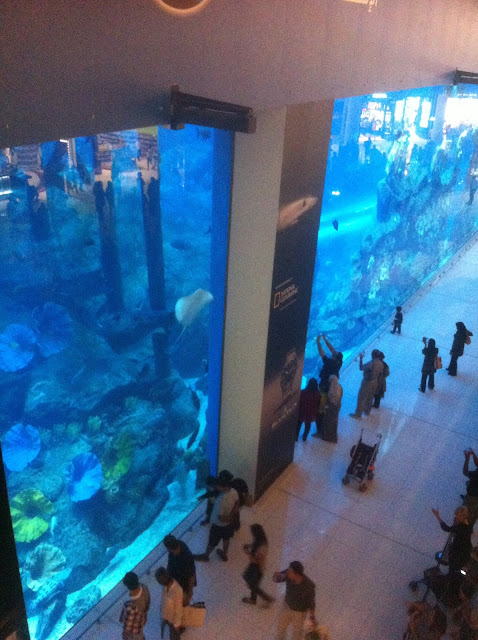 And from the back on the 3rd floor

I opted for the Researcher ticket at AED 100, which gave me access to the tunnel, behind the scenes and the underwater zoo. I also got to see King Croc and the feeding of the penguins. There is an additional charge to feed the fish, watch King Croc being fed, take a glass bottom tour and many other things. 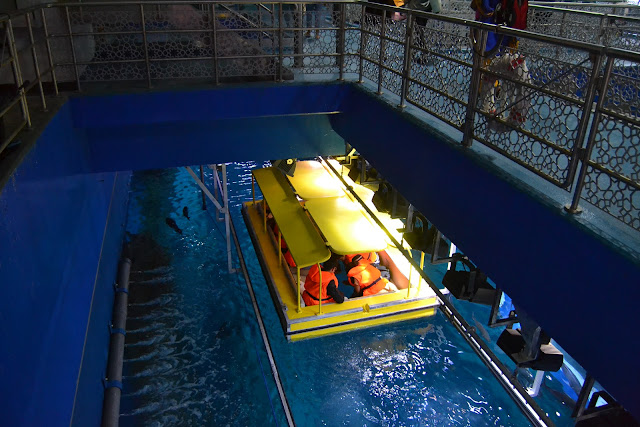 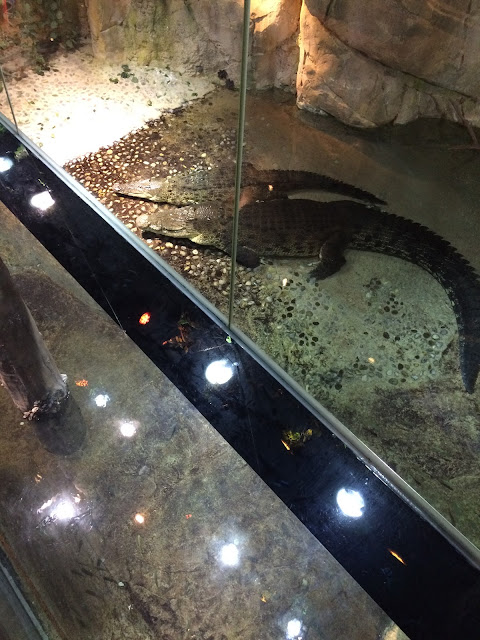 You could watch the penguin feeding for free 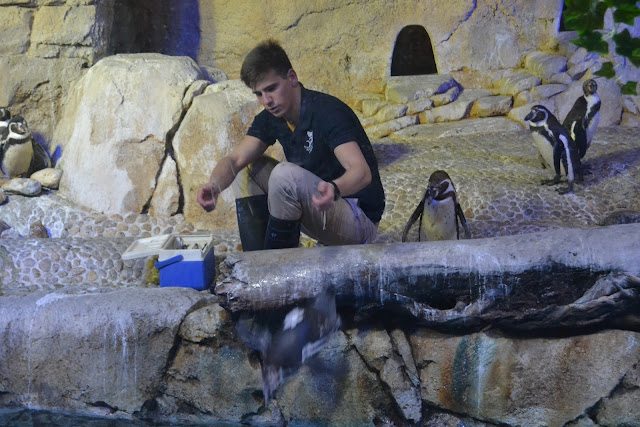 I felt incredibly sea sick when I walked through the tunnel and surprised at how short the tunnel was as it seems much bigger from the outside. On exiting the tunnel, I had to leave the area and go up the escalators next to the rain forest cafe and discovered I could see the other side of the tank for free on the floor, which will be a nice thing to show future visitors who may not want to actually visit inside. 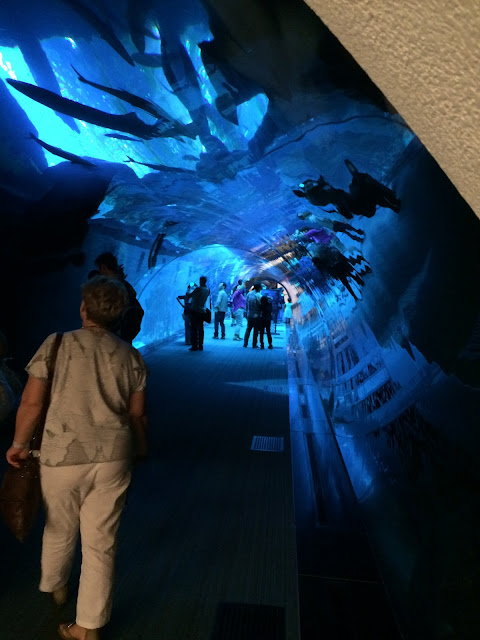 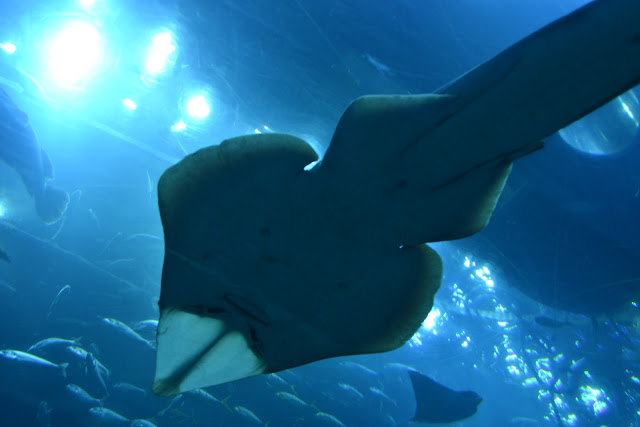 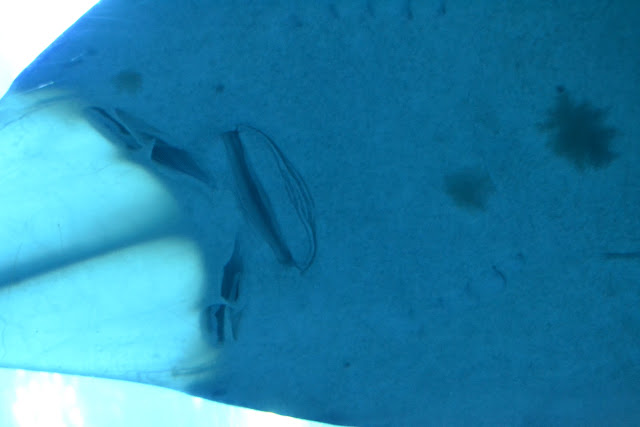 I was disappointed with the 'behind the scenes' area, there was little information available and we were ushered through each area, as we were passed from guide to guide. 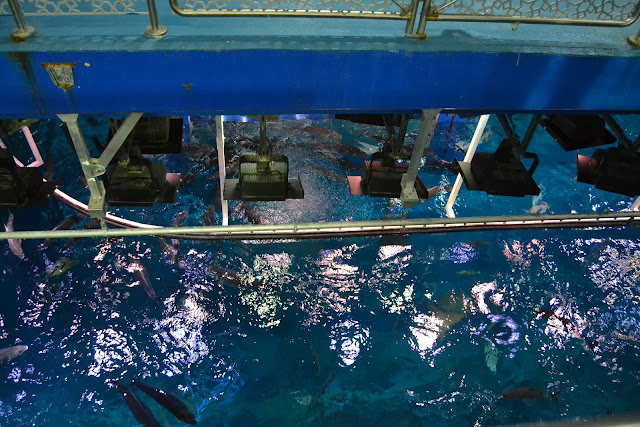 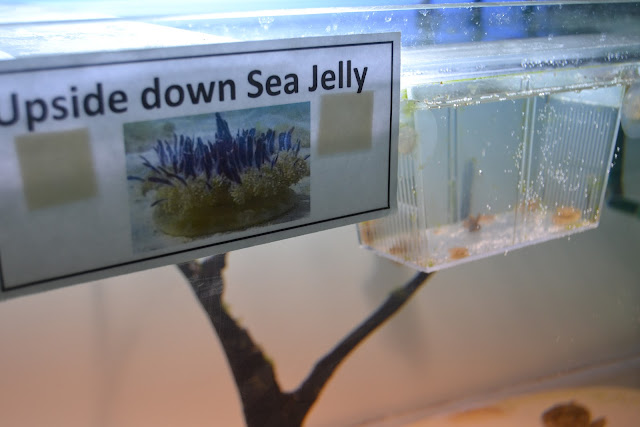 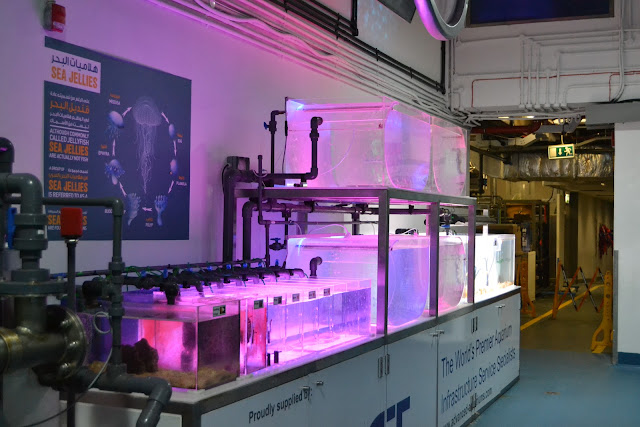 The underwater zoo though was lovely and I was free to take my time and wander around, there are coffee and gift shops inside, loads of information of the fish, but not actually as many fish as I thought I would see compared to other aquariums I've visited around the world.

I loved the glass walk ways and especially loved watching the other visitors actually walk around them rather than on them, I did the same up the CN tower earlier this year, I'm more than happy to walk on the glass as you can see. 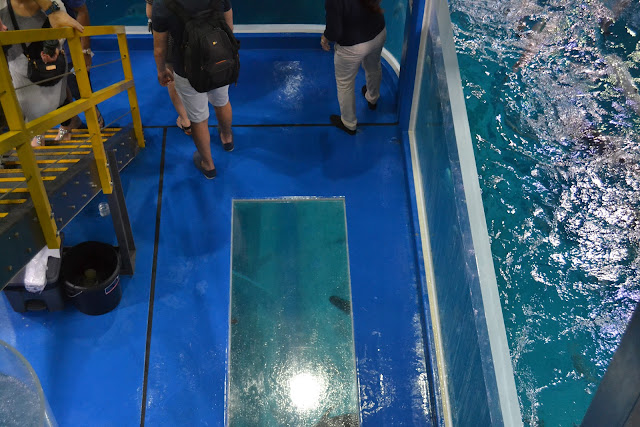 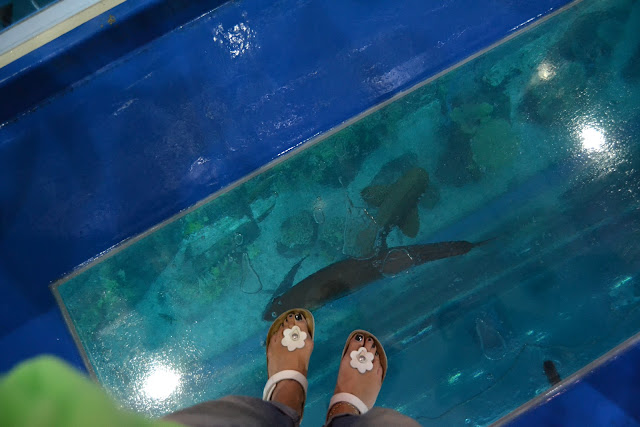 I was impressed with the decoration of the Underwater Zoo, despite the plants and flowers being artificial it was rather life like and made me feel like I was actually in a real environment, especially with the rope bridges in the jungle area which led to the bat and insect caves. 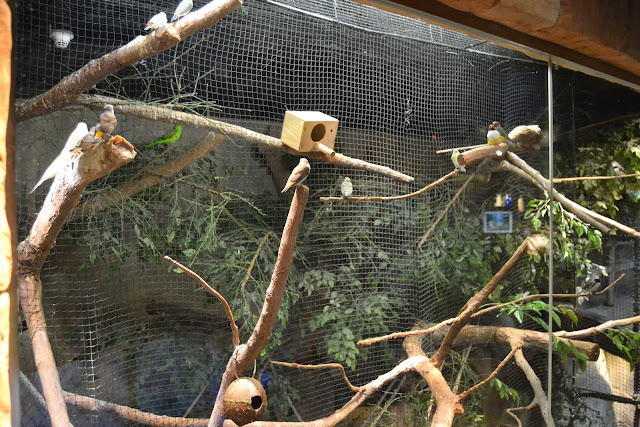 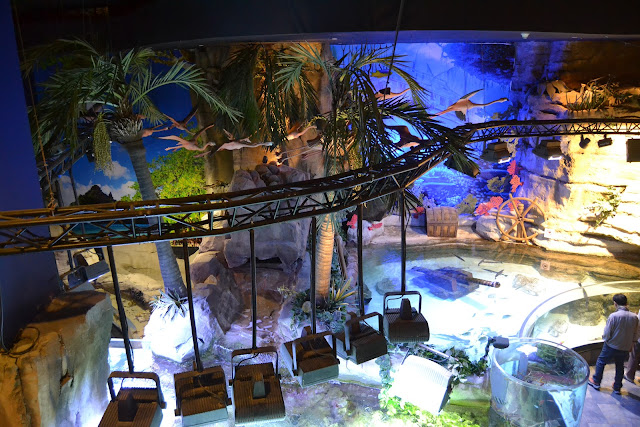 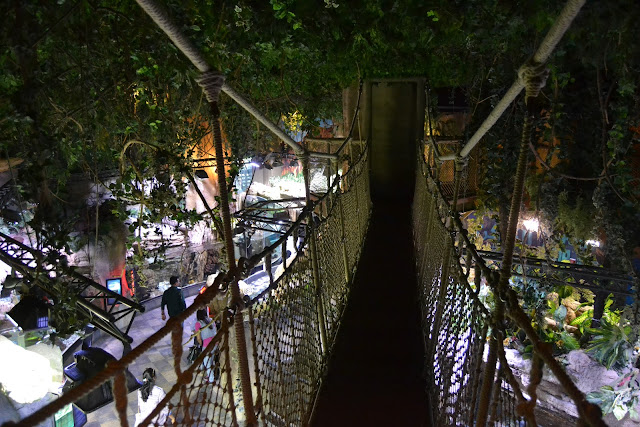 Of course the underwater plants were real 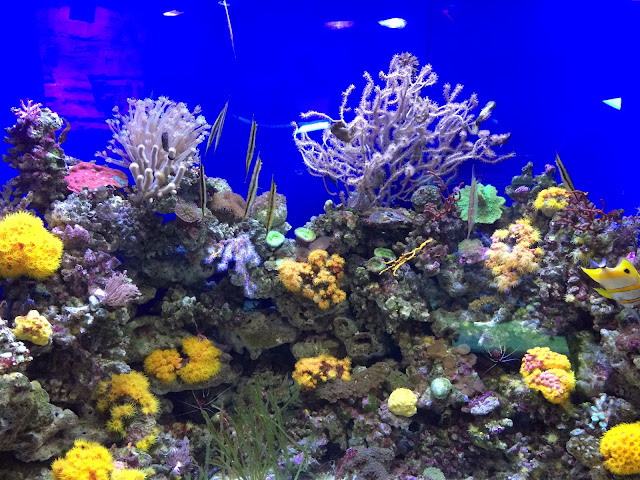 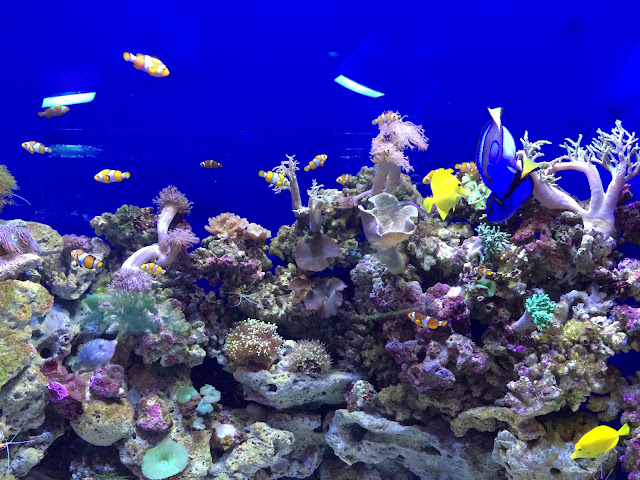 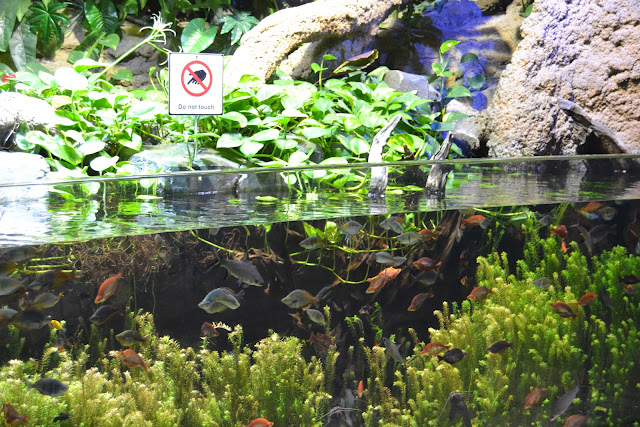