When we moved from the UK to South Africa, we had to re home our Chicken called Ruby and just incase you wondered where my blog title came from, now you know. 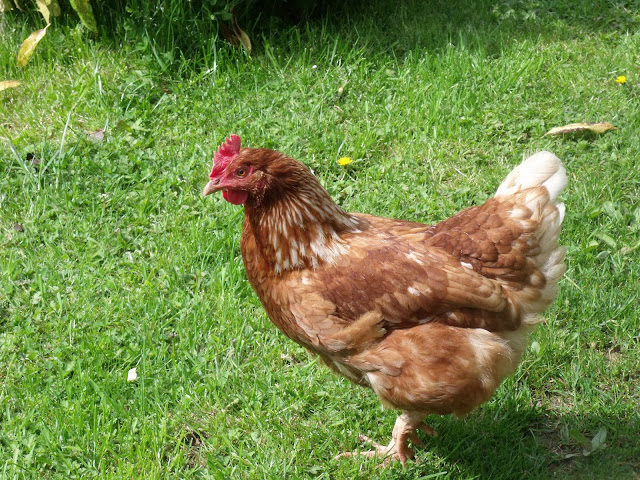 Our move within South Africa involved a cat, who had adopted us 6 weeks prior to the move, as we were staying within the estate and had advertised the cat far and wide for it's owners we took the cat with us and she stayed. 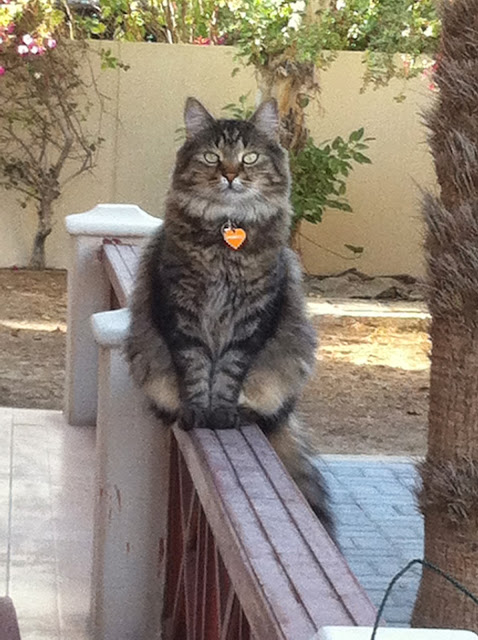 When we left South Africa 3 years ago we had a dog also and we moved out of our house 2 weeks before we left the country as our furniture was shipped. We kept the cat and dog in the property and returned during the day to the estate to be with them. The night before our departure we caged the cat just in case she decided that would be the day to disappear. 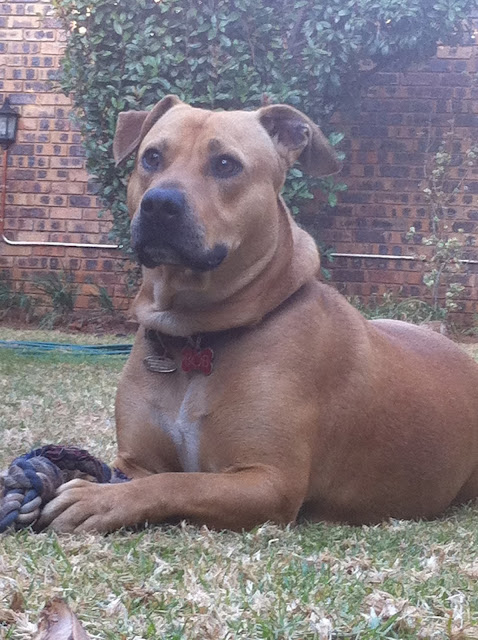 On arrival in Dubai, we were unable due to problems with our visas to move into our new home for around 10 weeks as we couldn't get our furniture released from the port, so for the first month, one of the kids camped out with the cat and dog in the new villa over night and I spent the day time there. After 6 weeks, the kids returned to the UK. By this time the cat had been let out and was coming and going through the kitchen window and I came to the house every day.

For this move across Dubai, we decided to put the cat at the vets for a week while we moved and we booked the dog into day care while the doors were left open as we were moving out and into the new property to stop him escaping and in general whilst the removal guys were comfortable around the dog, many nationalities and individuals are frightened and often won't enter a property until you've reassured them that the dog is not only locked in a room but does not have access to a key or can use a handle to get out a room.

Poor Bob didn't know if he was coming or going the first few nights, we located a space for his bed and food and water and that will not be moved, his routine of walks, feeding and bedtime stayed the same, but obviously he was unsettled and kept getting under our feet as we moved boxes.
We had to keep a close eye on his toilet habits as when he's new a new environment, such as on holiday or when he goes into boarding while we travel, he often won't poo for 2-3 days.

The plan was to keep the cat inside for the first few weeks, which is a shame as the weather is perfect to let her wander freely outside now. Once she got used to the house and we'd fenced the garden in we had planned to let her out. For now she just sits at the windows staring longingly at the outdoors. 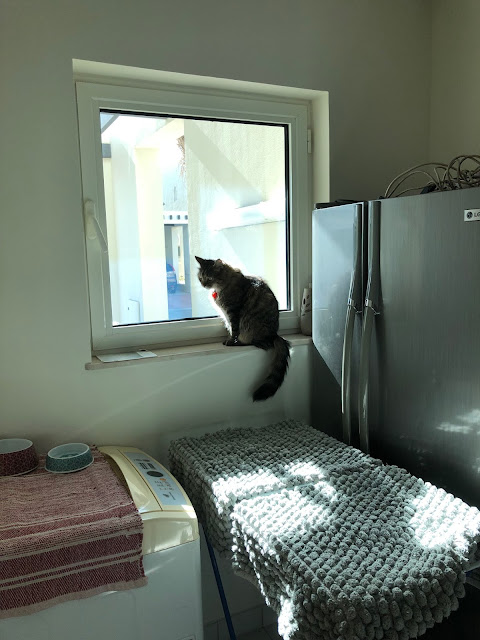 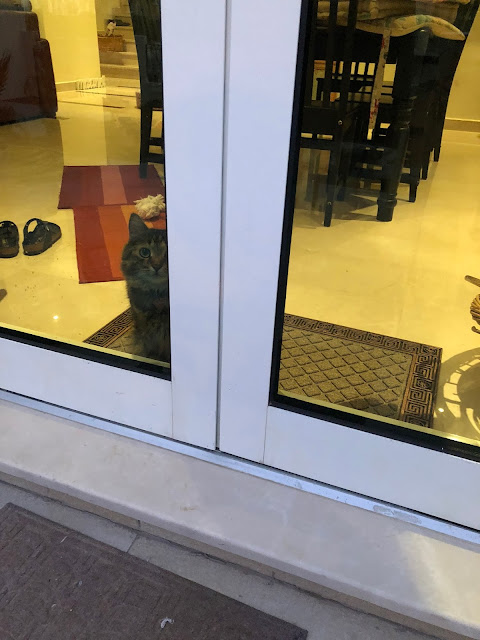 Sadly the road we've chosen to live on is not as quiet as we'd hoped for and as they'll still building houses here, it's being used, often at speed at night, as a short cut across to access a dessert patch of land to the highway, while the new roads are being built.

There are already quite a few stray cats in this area and I've seen a couple of people walking their dogs. Sadly the local mall isn't pet friendly so there will be no taking Bob with me for coffees, but there are plenty of places and routes to walk him and I've enrolled him in a local 'stay and play' facility where I can get a coffee and meet other dog owners. 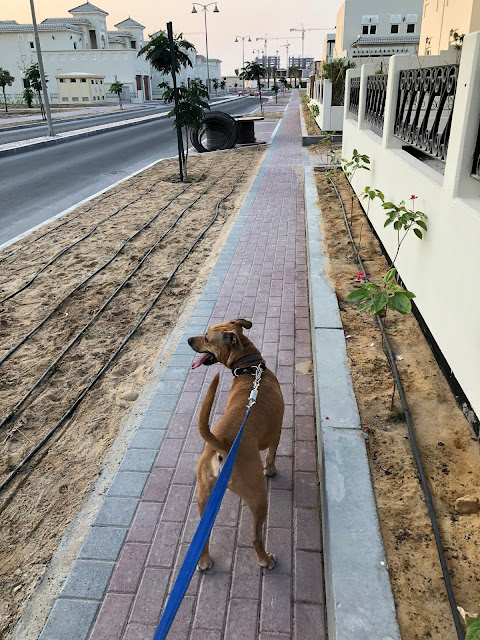 The cat has been displaying some strange behaviour, randomly attacking the dog, me and furniture, as well as hiding. She is obviously stressed. 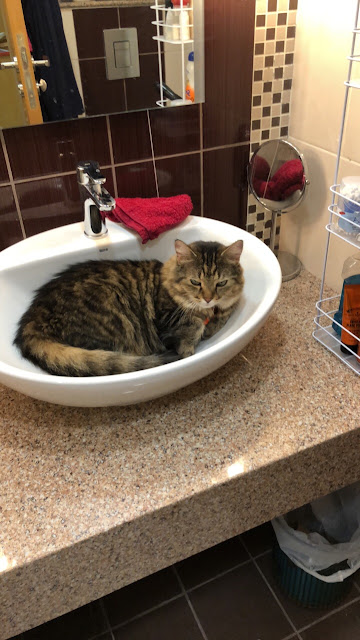 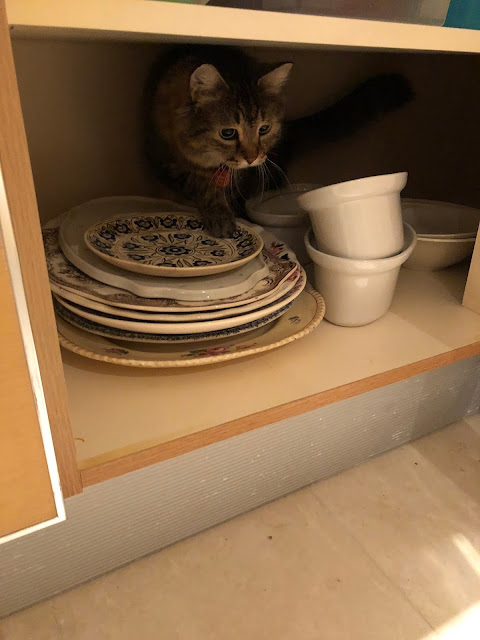 So I've been giving her a lot more time and attention and playing with her more and she has settled quickly into her normal routine. 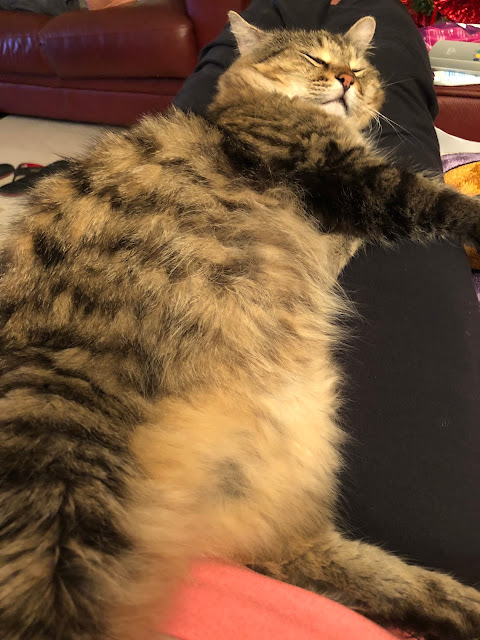 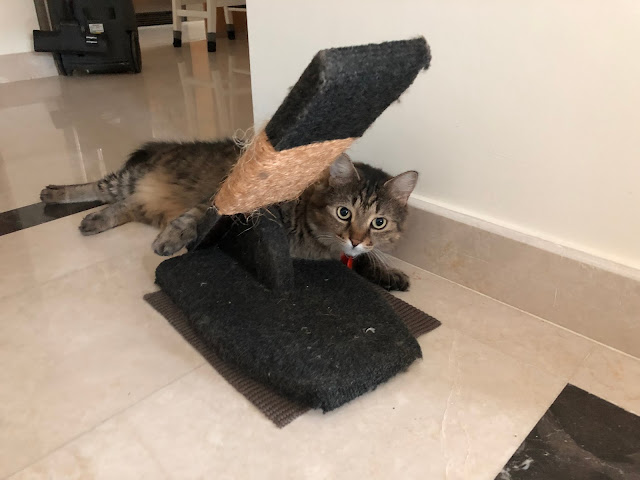 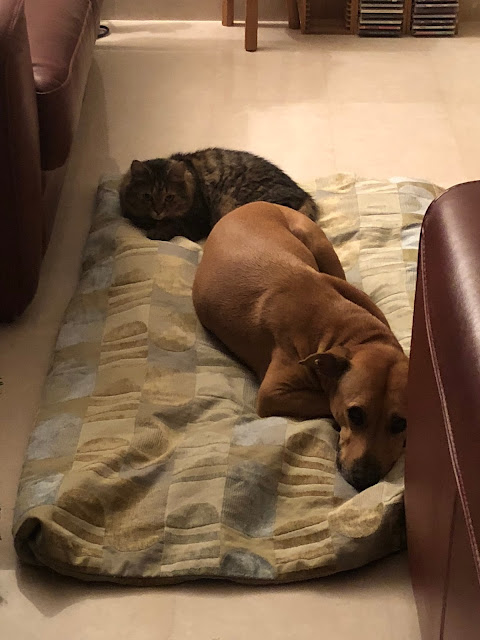