One Daily Positive Week 4 and a tour of Dubai.

Last week I told you a little bit about myself, this week I'll introduce the children. As the year goes on they'll all feature in the blog and you'll be left wondering where these 'adults' have come from.

Child 1 and 2 are my step children, but we've all lived together since May 2000. Initially in 2 houses until Peter and I married in 2002. They consider themselves to have 3 brothers and 1 sister and refer to us as 'the parents' although the youngest calls me Suzanne, which seems to be a family trait as I always called my father by his first name and no one has any idea why.

Child 1 has profound learning disabilities, is 30 next month and she lives in a care home in the UK. Child 2 is 28 and 2a are getting married in June. Child 3 is 25 and 3a moved to Australia mid 2017 and are currently traveling and working their way around, they should be passing through Dubai in October. Child 4 is 23, joined the army and left home 4 years ago, leaving me with empty nest syndrome and a huge gap to fill. He's in the British Army and lives with 4a, when he's not deployed out in the Middle East. His medal parade takes place in March. Child 5, aged 18, lives in our flat in South Wales and finished his education in boarding school in the UK from the age of 13. He is waiting for security clearance on his first job offer. 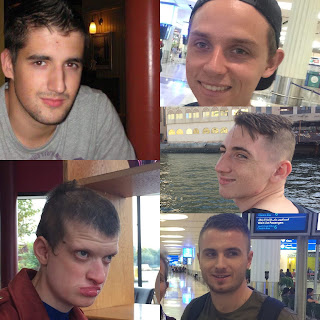 21 Sunday I've pretty much done all the jobs for January, was going to clean the balconies today but it's very windy, so pointless sweeping sand around. I sorted through some family photo's, tidied the rubbish from the garden, read blogs and commented and headed off to the Marina to take some up to date photo's for my theme of buildings 'now and then' for My Sunday Photo for next week. 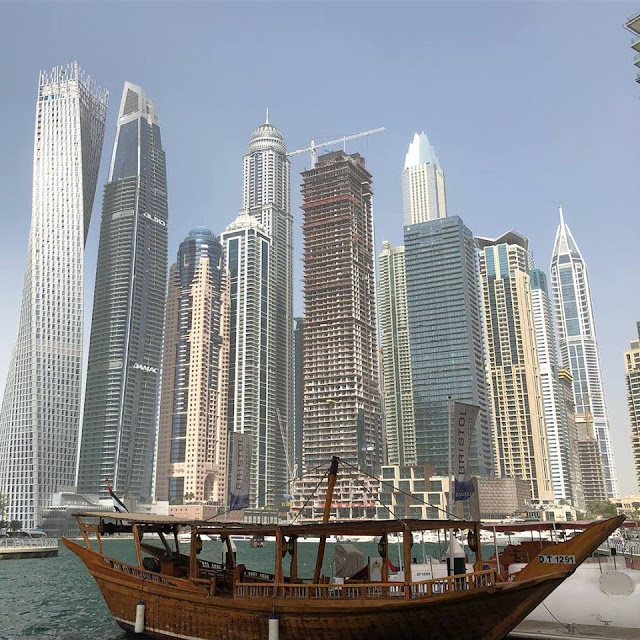 22 Monday I had a coffee date with an instagram friend, after ironing, changing the beds, emptying the dishwasher, walking Bob, watering the garden and getting the car cleaned. 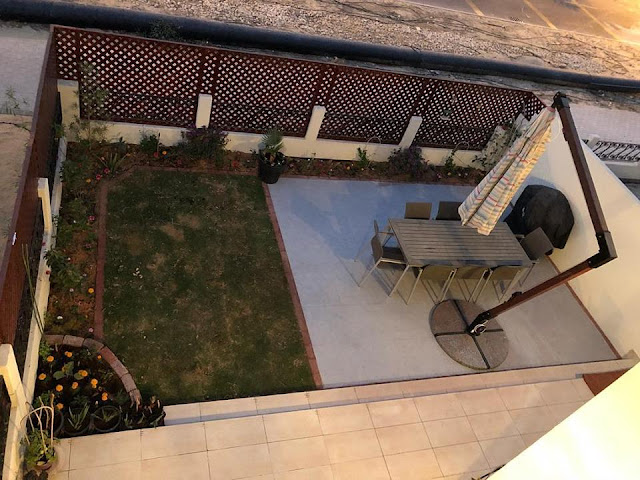 23 Tuesday Child 4 turned 24 today, there was a virtual birthday cake sent by photo and money deposited into his bank and a quick phone call. Sadly still no Skype in Dubai, it's at times like this I get upset. Peter's car needed servicing so he took mine to work and I hung around for the day, catching the train into Old Dubai and the Mall of Emirates until it was ready for collection at 5pm. 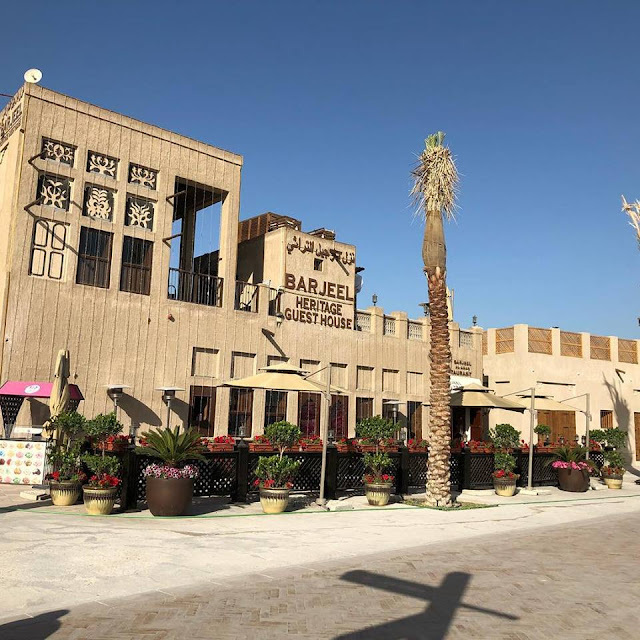 24 Wednesday I spent the day cleaning the house and some time in the garden blogging. I've been letting the cat out on a lead, she gets spooked easily with the traffic and runs back inside. I went to the pub for dinner at 7pm then some friends joined me for the pub quiz which we won. 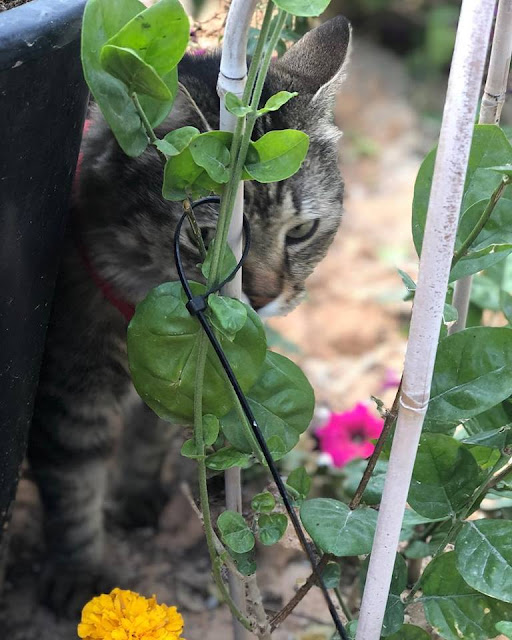 25 Thursday I took Bob to the dog park and he went swimming after an hour of me throwing and him chasing the ball. Popped out to Ibn Battuta Mall to buy some warmer clothing for the evenings as I left all my winter clothing in the UK. In the evening we went out for dinner at The Beach and watched the fireworks that they've held every weekend for January for the Dubai Shopping Festival which comes to an end on Saturday. 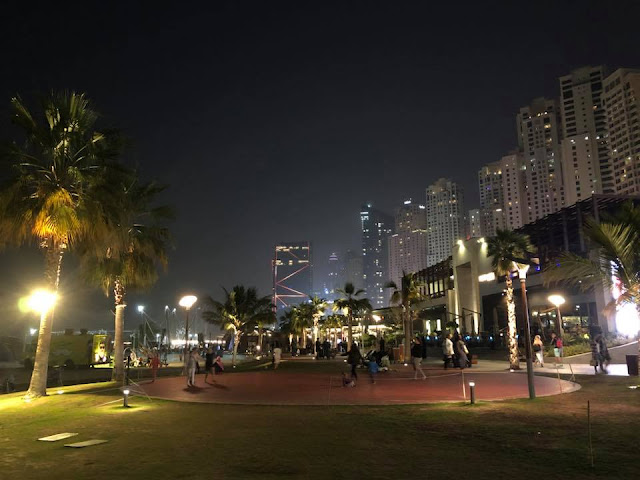 26 Friday Intended to go to the beach this morning but woke up to heavy fog and Peter had arranged to spend time with a colleague who is moving to Dubai, so I joined them looking on a sightseeing tour of potential living areas. Went to Dubai Mall in the afternoon. Had invited friends to join us for a BBQ but they never replied to the message. 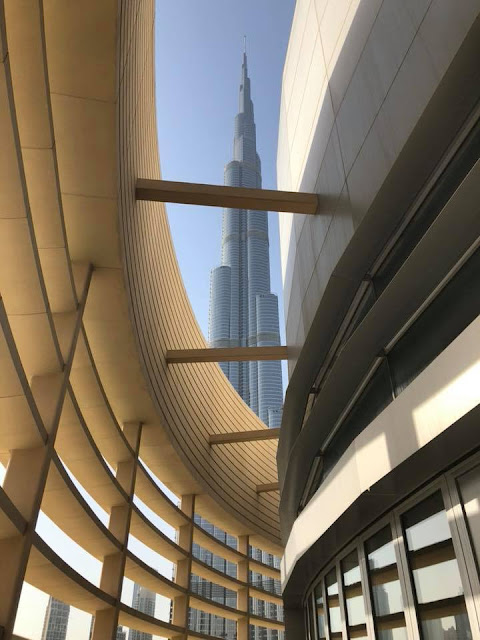 27 Saturday Had a call to go to the Doctors the other side of town for repeat WBC counts and was early so drank my coffee on the beach to complete the full tour of Dubai for the week. Spent the rest of the day in the garden. Peter decided we should test the garden out fully and we had a BBQ. 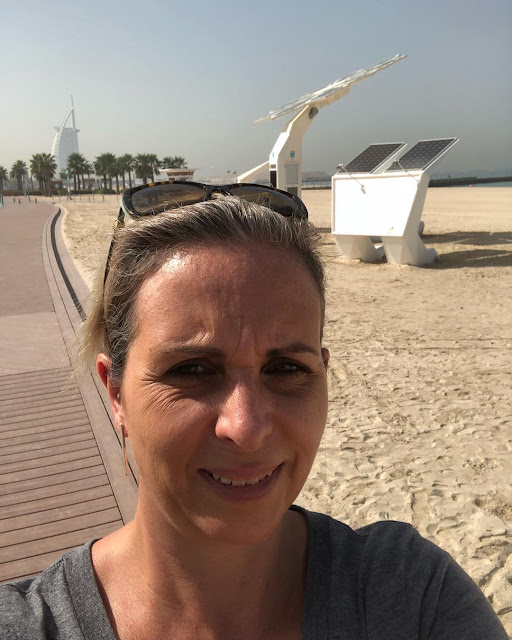 My Sunday Photo - Dubai Frame
PoCoLo - Creating a Garden in the desert
Tweens Teens Beyond and Triumphant Tales - Why do i share so much stuff online?