One Daily Positive - Week 18 - We're going to be grandparents

I have no idea what day it's been any day this week. Arrived home in Dubai to wall to wall sunshine, no rain and temperatures getting higher. There's been a gentle breeze this week which has made life more bearable but it is a relatively warm one. By Thursday my body clock had adjusted and I was awake around 4-5am to be able to walk the dog and to do some gardening. When I get up early like this, I'll often go back to bed for an hour or two in the middle of the day.

Been sitting on the news that we're going to be grandparents in September until child 2 and 2a shared their news online. Blog posts have been scheduled for 15 weeks now and I'm so excited to be able to talk freely now. Have really respected 2a's wishes, just found it frustrating as I was worried I'd slip up.

118 Sunday A round of goodbyes with my mum, a friend and the twins, niece and the Things a pub lunch and a pint and back to mums to finish a small DIY job and then another friends in the evening. Packed and had an early night.

View from a friend's house in Wales. 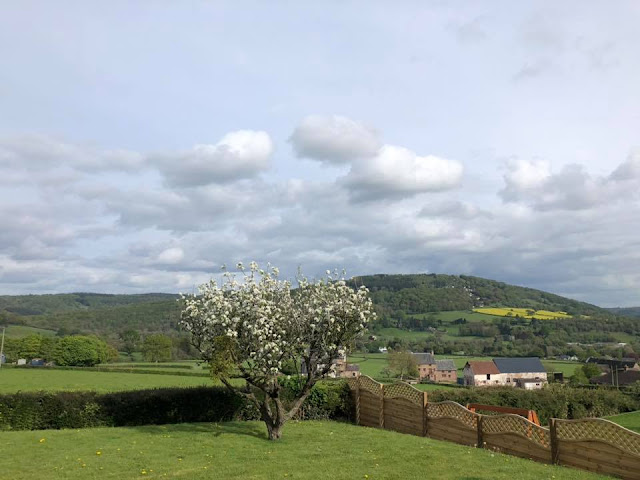 119 Monday Up early, dressed and out for breakfast and coffee while the washing machine was on, then drove to Birmingham airport for our flight home. Uneventful flight other than a minor scuffle with a few passengers that got them moved and I took advantage of the 3 empty seats.

We rarely fly together. 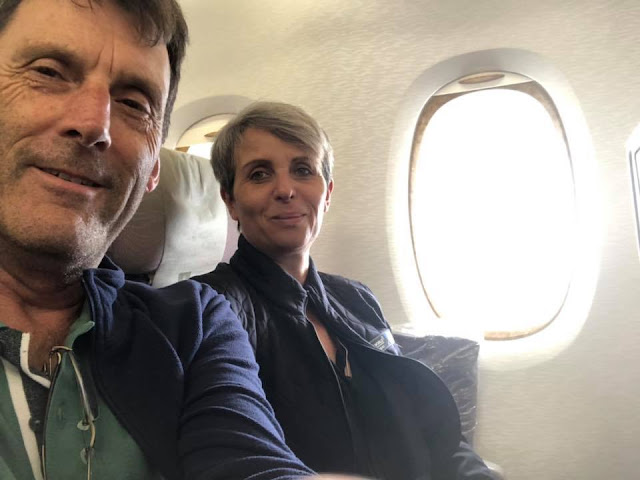 120 Tuesday A lie in then off to the nail bar, collected the cat and dog from boarding, went for a swim and unpacked the suit cases. We had an early night.

Opposite weather, although both drives us indoors. 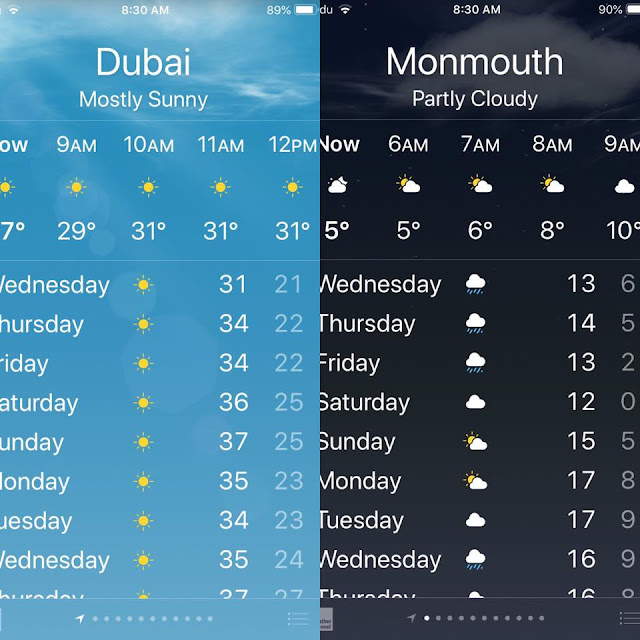 121 Wednesday Went swimming then had breakfast before enjoying a coffee at the Souk Madinat then off to the Doctors for an iron infusion, drove home stopping off for a McDonald's, went to bed to finish binge watching Line of Duty, took Bob for a walk then bed at 8pm.

It would appear neither of these think they got fed while we were away. 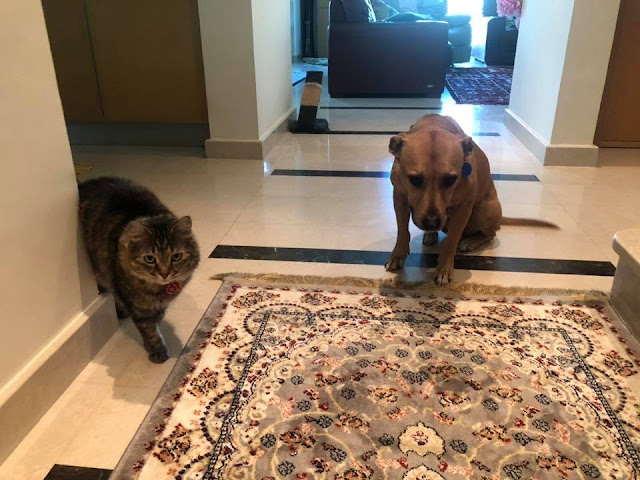 122 Thursday Up early to walk Bob and take some photo's of the train station and local construction, did a bit of gardening (sweeping sand) then retreated indoors to do some batch cooking. Went out at 9am for a coffee and get the zip repaired on my Coach bag, followed by a swim in the afternoon. 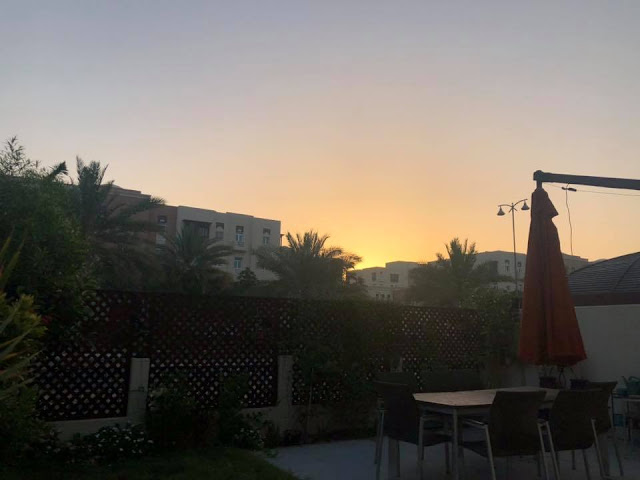 123 Friday Off early to the beach, spent 3 hours there, people watching, swimming and reading. Home and nothing till 6pm when we got ready for dinner with friends.

The view from the 68th floor looking down on Iris Bay. 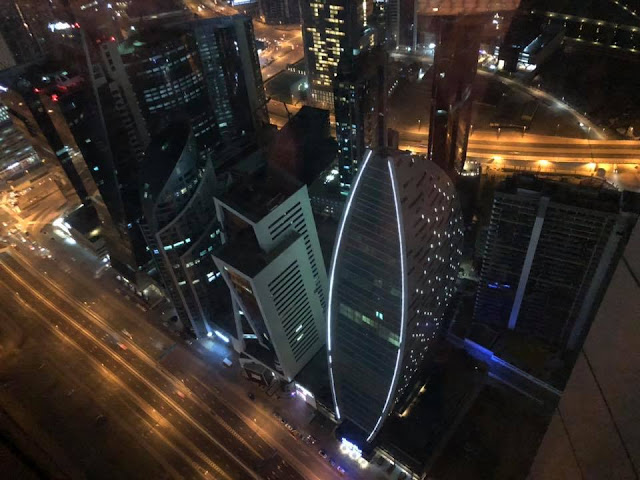 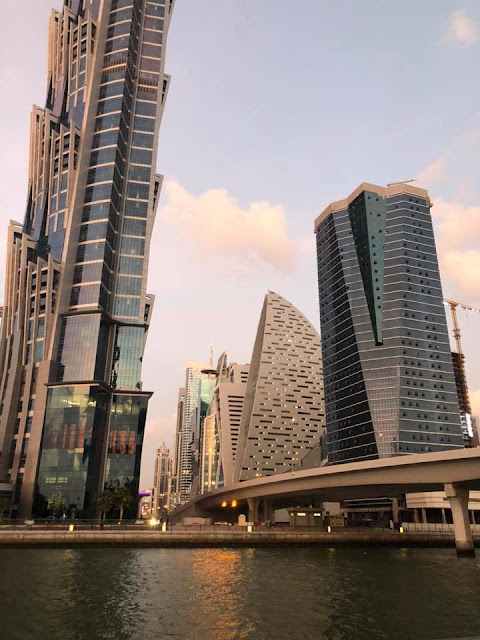 124 Saturday A trip to the Mall and coffee, then off to the beer and wine shop, followed by a food shop on the way home. We BBQ'd in the evening and off for an early night. 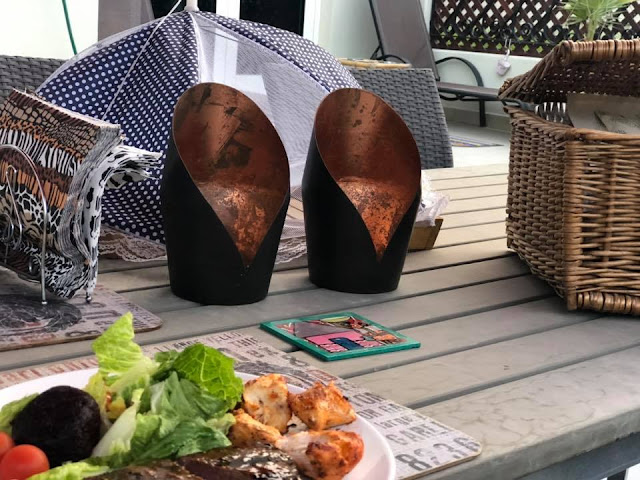 Dubai and the UK April Round up Home and Garden.
Why I've ditched the linkys.
Spot the difference. View from Dubai Festival City. Before and After.


You are invited to the Inlinkz link party!
Click here to enter