Week 19 sees the start of Ramadan. As a non muslim it only affects me by limiting where I can eat, drink or smoke when I'm out in public during daylight hours.

Ramadan this year in Dubai will be much easier to manage as it is occurring earlier in the year and therefore much cooler than our first year here when it took place in the middle of June 2015. Apparently it won't occur in the middle of summer again until around 2042.

The laws in Dubai have also relaxed quite a bit since we first came her. The first year no alcohol was served and during the day time food outlets only did takeaways. In 2016 they relaxed the alcohol laws and you could drink in a bar/restaurant/hotel after Iftar which is the breaking of the fast. Some outlets were open during the day so you could eat/drink in, but it was hit and miss. In 2017 I was in Dubai most of Ramadan and only half of 2018. By 2018 I could pretty much guarantee to go most places and get a drink or something to eat during the daytime. I find it strange when I go to the UK and Ramadan is on to be able to eat and drink in public and tend to abstain from doing so when walking around unless I'm indoors.

This year, I have 12 days out from the 11th till the 23rd of May. Ramadan starts on the 6th May and ends on the 3rd of June. School and work days are reduced from 8am till 2pm and the roads get very busy at the end of the day as people race to get home to break fast, mosque, followed by Iftar. We will avoid the roads between 2pm and 6.30pm, as it's hectic out there.

Being British I find it very strange still to see signs stating 'No Muslims allowed' it's because it's the food halls in the mall, they can of course take their children in their to be fed and the elderly, people who are ill and pregnant or breast feeding women are exempt from fasting.

It's a fun place to be despite the restrictions on me, lots of sales, invites for Iftars and dates galore.

125 Sunday Having got up at 5am to walk the dog, do some gardening and wash the entrance hall, I was back in bed by 9am as I was tired and very hot. Took myself out for a coffee and to do some blogging around 11am and did a food shop. The afternoon was spent catching up with bills, paperwork and some letter writing.  Went for a swim early evening and a dog walk. 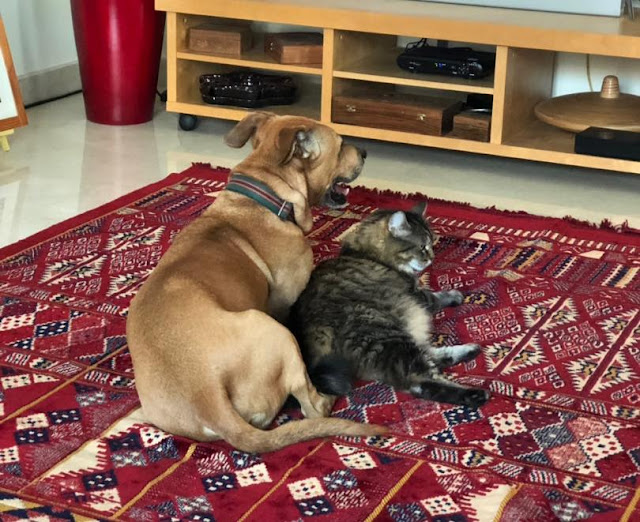 126 Monday Plans to dog walk and garden went out the window when I woke up late, so a short walk only for Bob. Popped out for coffee and came home frustrated due to Ramadan opening hours not being consistent and available online, watched TV in bed, ate junk food, paid bills and booked my next UK flight with a return via Sydney/Melbourne to visit child 3 in late July early August for a 3 week road trip. Ramadan Mubarak. 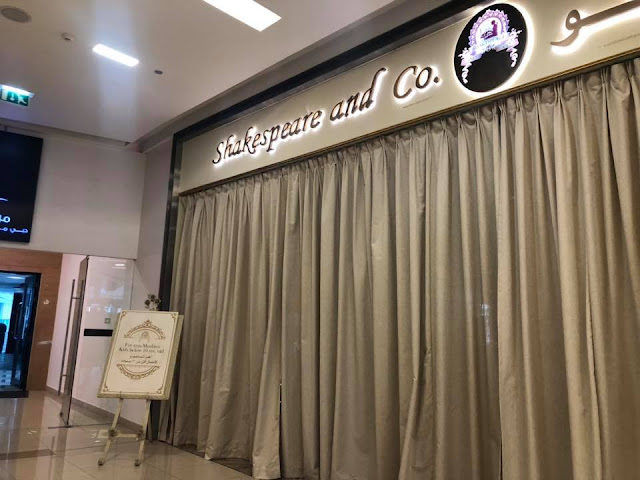 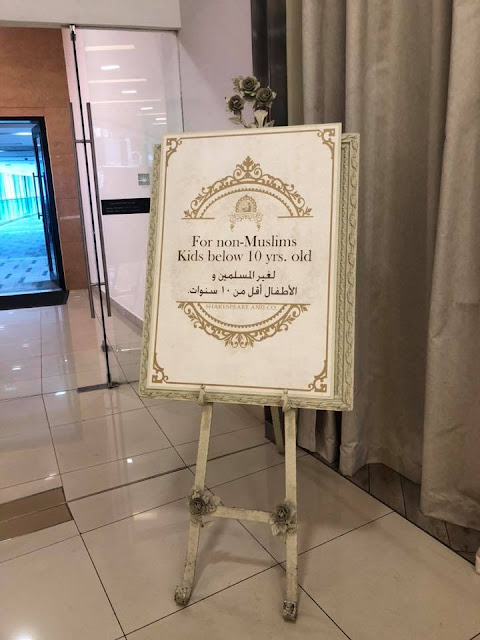 127 Tuesday Off to the dog park for the morning. One of the few places I can get a drink out before midday. Joined in with the yoga group. Left at midday and the car was 50c inside. Tidied up in the garden after pruning the trees and spent the rest of the afternoon watching TV and writing letters. Took Bob for a long walk. 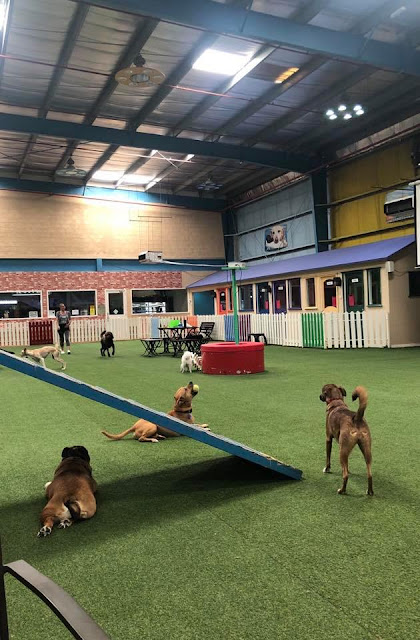 128 Wednesday Back to the dog park for the morning. Peter left his phone at home so I met him at the bank with it, as we had some papers to sign. Did some washing and ironing while watching youtube, went for a swim and dinner out and pub quiz in the evening. We won.

The new road system and apartments being built. Work started after we moved in December 2017 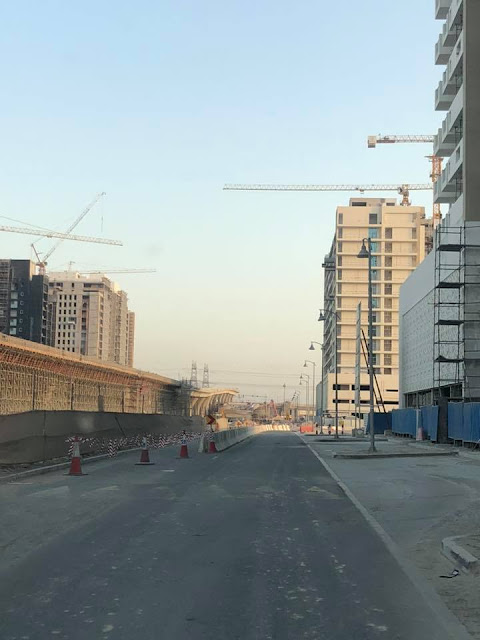 129 Thursday Up early, dog walk, garden watered, bed changed and 4 loads of washing done. Off to the nail bar, found a Starbucks open for dine in. Caught up with some blog comments and posts, home by 12pm and started cleaning up stairs. Swim in the late afternoon, dinner and an early night.

Too many children in the pool to take a photo 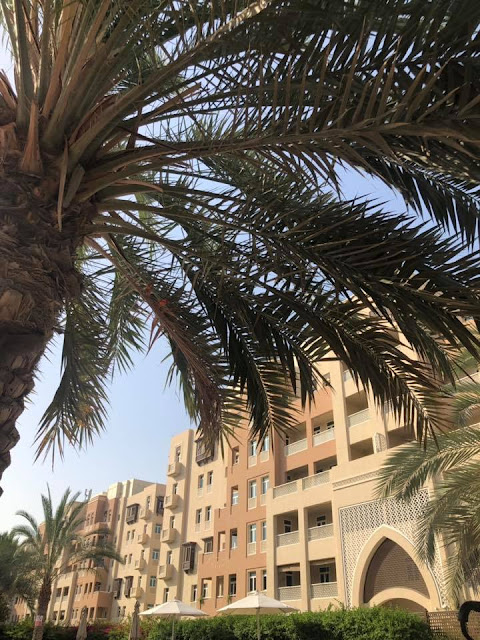 130 Friday Out for lunch with friends followed by a BBQ with another set in the evening. It's all or nothing with us on weekends here, we're either super busy with friends or just the two of us at home.

View of Dubai Marina from the roof top 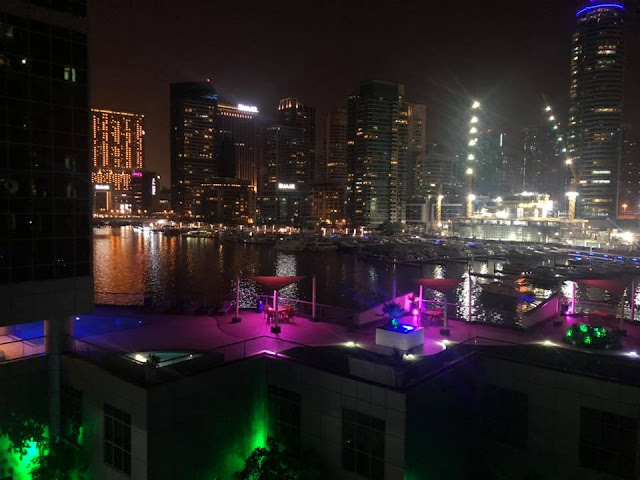 131 Saturday Popped out for coffee and a food shop for Peter while I'm away. I finished packing, had a swim and a sleep mid afternoon. I'm catching an over night flight to Johannesburg at midnight.

Bob doesn't want me to go 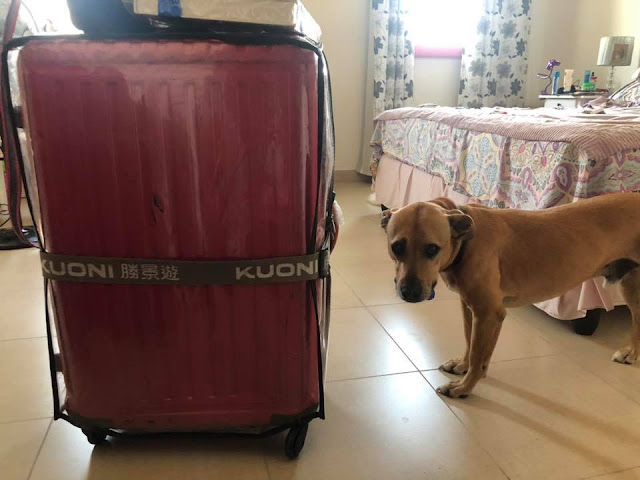 We're super excited to announce We're going to be Grandparents in September.

Ramadan in Dubai
2015 Our first Ramadan Very different from how it is 4 years on
2016 Iftars and breaking fast with dates and milk
Living and working in Dubai during Ramadan
2017 Visiting Dubai in Ramadan
2018 Where is Ramadan in the UK?
Ramadan for a non muslim


You are invited to the Inlinkz link party!
Click here to enter