I came across Mike Bolhuis and the Flamingo Project through a friend in South Africa. I’m here for 2 weeks working with volunteers who support children’s charities year-round. When I’m not in South Africa I work behind the scenes, promoting, fund raising and online support. You can read about my last visit in December 2018, supporting a Christmas Charity.

After recent droughts in South Africa Mike took it upon himself to try and rescue hundreds of dehydrated and starving flamingo chicks, which hatched back in February in Kamfersdam, Kimberley.
Photo Credit 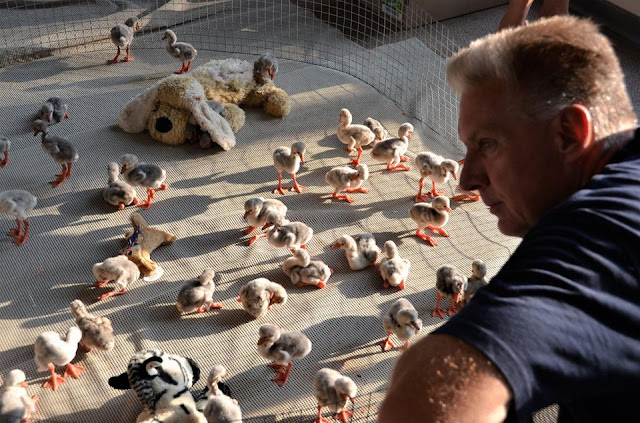 These chicks have now been released back into their natural habitat, but Mike was left with 100’s of teddy bears the public had donated for the flamingo chicks to snuggle up to, to keep warm and to play with. 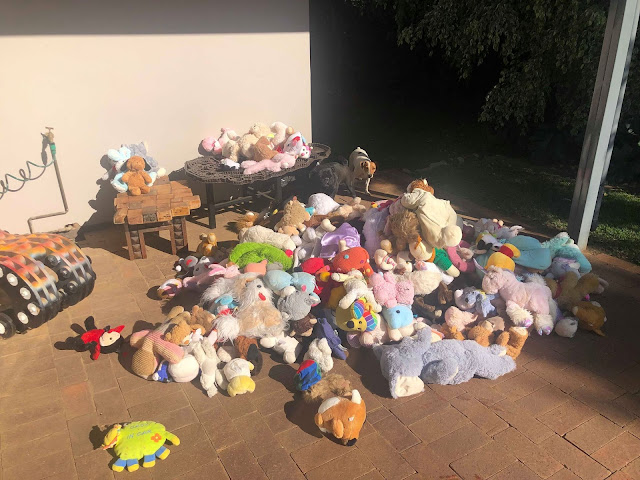 I spoke to Mike this week to thank him for the teddy bears, which are now washed, repaired and waiting to be rehoused to 300 vulnerable children living in poverty or in orphanages in and around Pretoria. 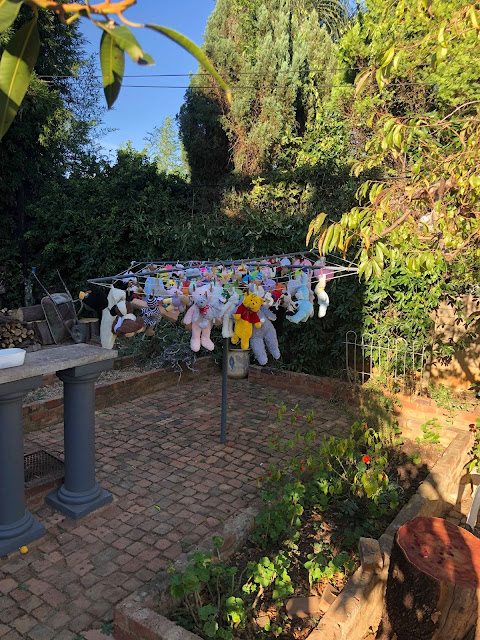 You can read more about Mike’s Flamingo rescue on his face book page.

Flamingoes are one of my favourite birds and I often visit Ras Al Khor bird santuary where I live in Dubai and I went in search of the flamingoes in the Western Cape in July 2015.

I'm, pleased Mike and the volunteers have been successful with their project, just a shame I didn't arrive earlier and I could have volunteered.
Posted by chickenruby at 11:40:00