It's almost summer in Dubai. The temperature is hovering around 35c in the day and 24c at night. If you've never lived in a country with heat like this, you'll probably won’t have thought how we keep it cool enough to live in.

There's a huge difference between 2 weeks of holiday sun than to living and working in these temperatures.

When we lived in the UK, our central heating system was never notched up above 21c. I was in the UK this February when the temperatures plummeted below zero for over a week during the heavy snow and the country couldn't meet the demands of heating houses, offices and shops. Our boiler broke down in the house we rent out to our tenants. I purchased them 3 heaters to keep them warm while we waited a week for the gas company to repair and then install a new boiler. I was on hold for almost 5 hours on the phone to get the repair booked. In general as long as you have enough money, you can keep warm.

Now imagine living somewhere where the temperature is higher than 21c almost all year round, reaching almost 50c in June and July and work out how to keep cool. The aircon units have been switched on now and they will run pretty much 24/7 now until the end of November. Taking a cold shower isn’t an option as the cold water tanks can run out the tap at 42c.

Our Villa has separate air-conditioning units in the bedroom and 2 central units, one for each floor. We pay huge electricity bills up to £250 a month to keep cool.

But for apartment blocks, offices and Malls, the demand is high for multiple use so this is where District cooling steps in, with centralised production and distribution of cooling energy, via underground pipes to cool the indoor air of the buildings. They cool sea water which is then piped into the buildings where specially designed units use it to lower the air temperature through the buildings air conditioning system. It’s rarely any cheaper to use this method but it does allow the country to keep up with the demands.

In every district around Dubai, you'll see buildings similar to these below. It took us a while to work out what they were for. 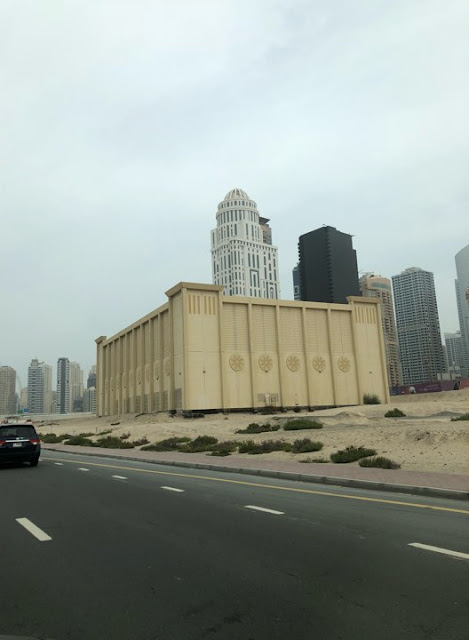 Viewed from the Burj Khalifa, you can see the size of the building and the area it has to cool. 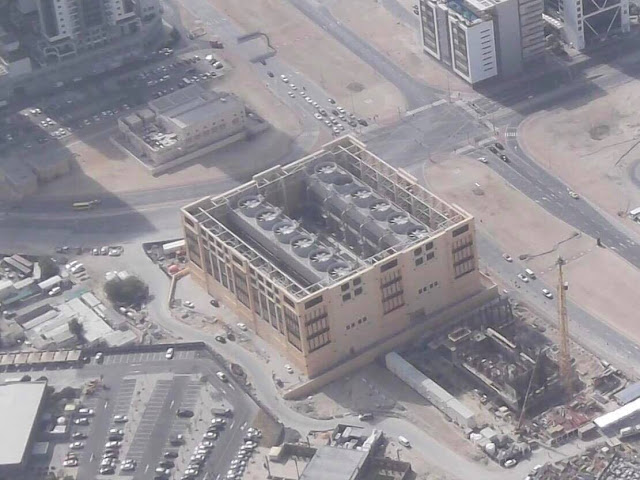 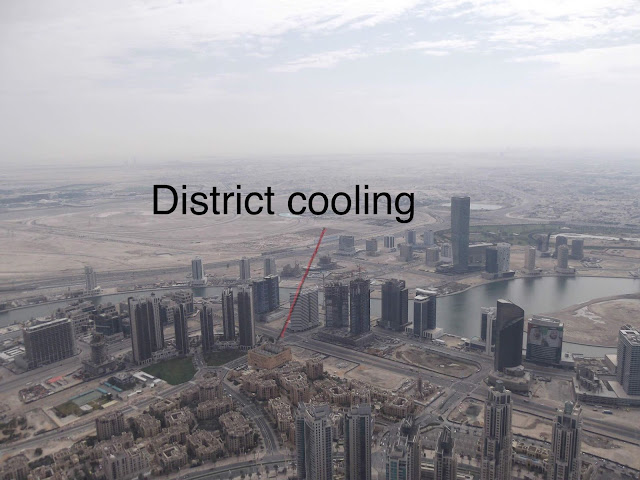