Week 44 - One Daily Positive and Project 365 Waiting for the baby.

Our second grandchild is due anytime now, they are waiting for a call from the hospital to go in or for mother nature to take its course. As soon as our DIL is admitted we'll be booking the ferry and dog friendly accommodation and we'll be on our way. The neighbour will be looking after the cat whilst we are away.

The weather is getting really cold now, we had torrential rain over the weekend, but no frost yet. In between the sun has been shining and I'm still able to sit outside, which I love to be able to do.

303 Train cancelled so walked home and drove into Worcester. Peter went to see Dune while I sat outdoors and had a coffee and wrote some postcards. I explored the Guildhall and wandered around the city. In the evening I carved my pumpkins. 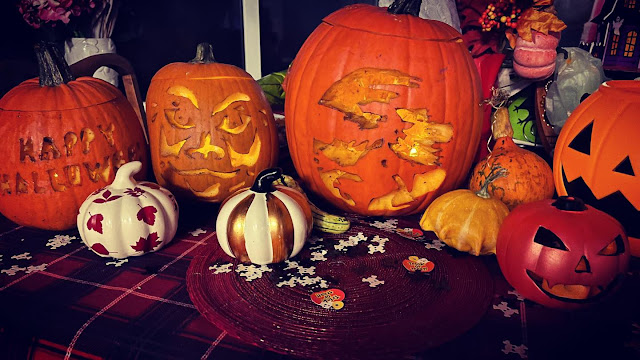 304 I baked cakes for Halloween and made some popcorn to bag up. The neighbours came round with their kids for the afternoon, then I decorated the garden ready for trick or treaters. I ran out of supplies around the same time the torrential rain came down. 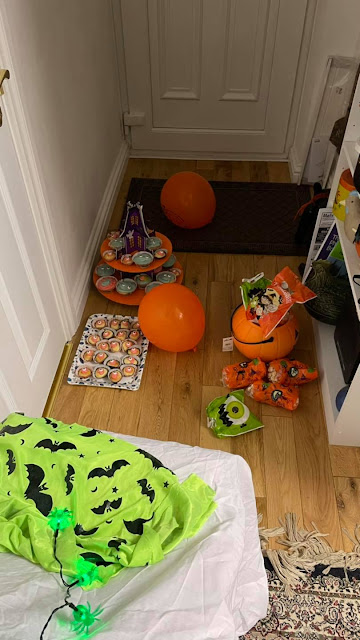 305 Peter dropped me at the retail park and Bob and I stopped for a coffee and met two lovely women, one after the other for  chats about dogs, lack of kennels and decorating, we walked home, took the decorations down, tidied up and started another santa sleigh, cut and assembled. 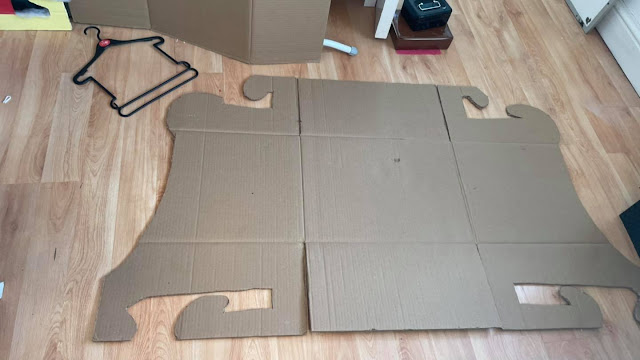 306 A busy day. Tidied the garden, moved pots around under cover for winter and harvested the last of the veg. I did several loads of washing including the dog beds. The santa sleigh received its first coat of paint, as did the floor....ooops. Bob had his walk, I read some of my book in the bath, we watched TV while I ironed and started to prepare for our trip to Northern Ireland. 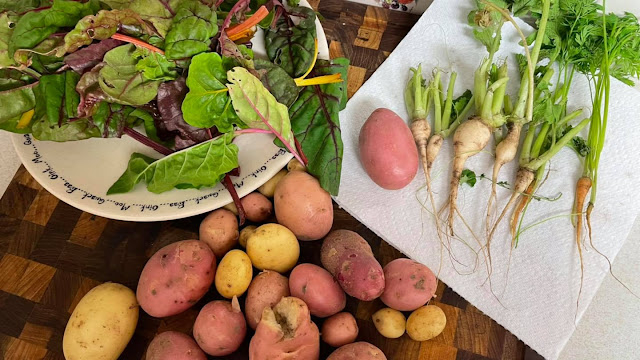 307 Walked Bob, fleece wrapped the bay and olive tree, we loaded the fridge freezer into the car, as my mum needs it when she moves into her new home next week and dropped it with my niece who can arrange to get it to the neighbouring town, as we'll be over in Northern Ireland. A friend nearby helped me unload. I haven't seen my niece and the Things for almost a year. This is Thing 3 & 4. 1 & 2 were in school. 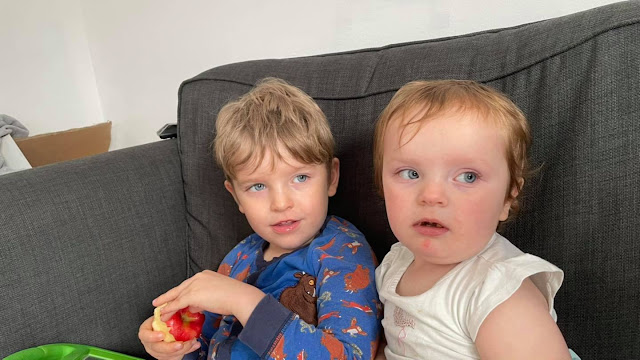 308 Peter finished making a table I'd requested for the bedroom to replace the Ikea unit in there. I took Bob for a long walk and stopped for a coffee on route. 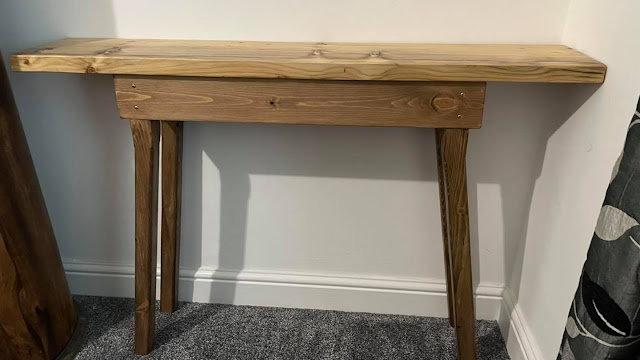 309 A lazy morning followed by a trip to the retail park while Peter took advantage of the dry weather and mowed the lawn. We popped over to Gloucester to take child 1 shopping. I took Bob for a walk as he doesn't like the sound of fireworks when he's indoors, he took no notice of them whilst we were out. I found some sparklers in the fridge (obviously I meant to say shed) and messaged the neighbour to ask if I could borrow her almost 2 year old son so I had someone to play with. 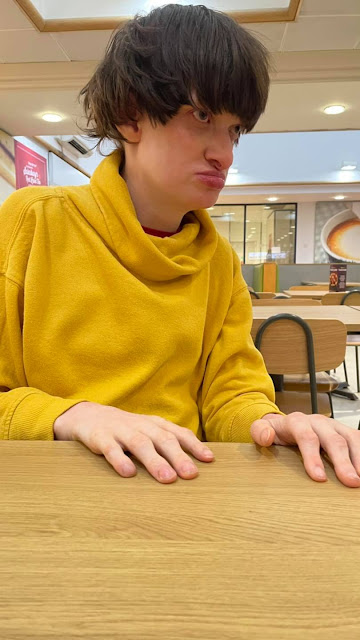