‘Do you agree that teens should wait until they are at least 18 before drinking alcohol?

@SABreweries asked ‘Do you agree that teens should wait until they are at least 18 before drinking alcohol? Join the conversation #SAB18plus’

There are many opposing answers to this question, the law in South Africa says that No alcohol is to be drunk or purchased by under 18’s. In the UK this law differs and states that Children over the age of 5 may consume alcohol at a private venue.

We have never given permission for our children to drink alcohol at any age and even as adults we still advise on the amount they consume.

We have allowed our children to taste alcohol in the home; we often have a glass of wine with dinner, a beer and have parties where larger amounts of alcohol are drunk. But what we don’t do is give our children their own alcohol to drink. Once child 3 of 5, then aged 13, asked to taste some of hubbies wine, he took a small sip, spat it out over the carpet and sofa, he then shuddered and drunk copious amounts of water, it was Port. Child 2 of 5 used to tell us he had been offered alcohol by friend’s parents when he had visited, but had declined it, as he knew we would make contact with the adults, read the riot act and probably embarrass him in front of his friends. 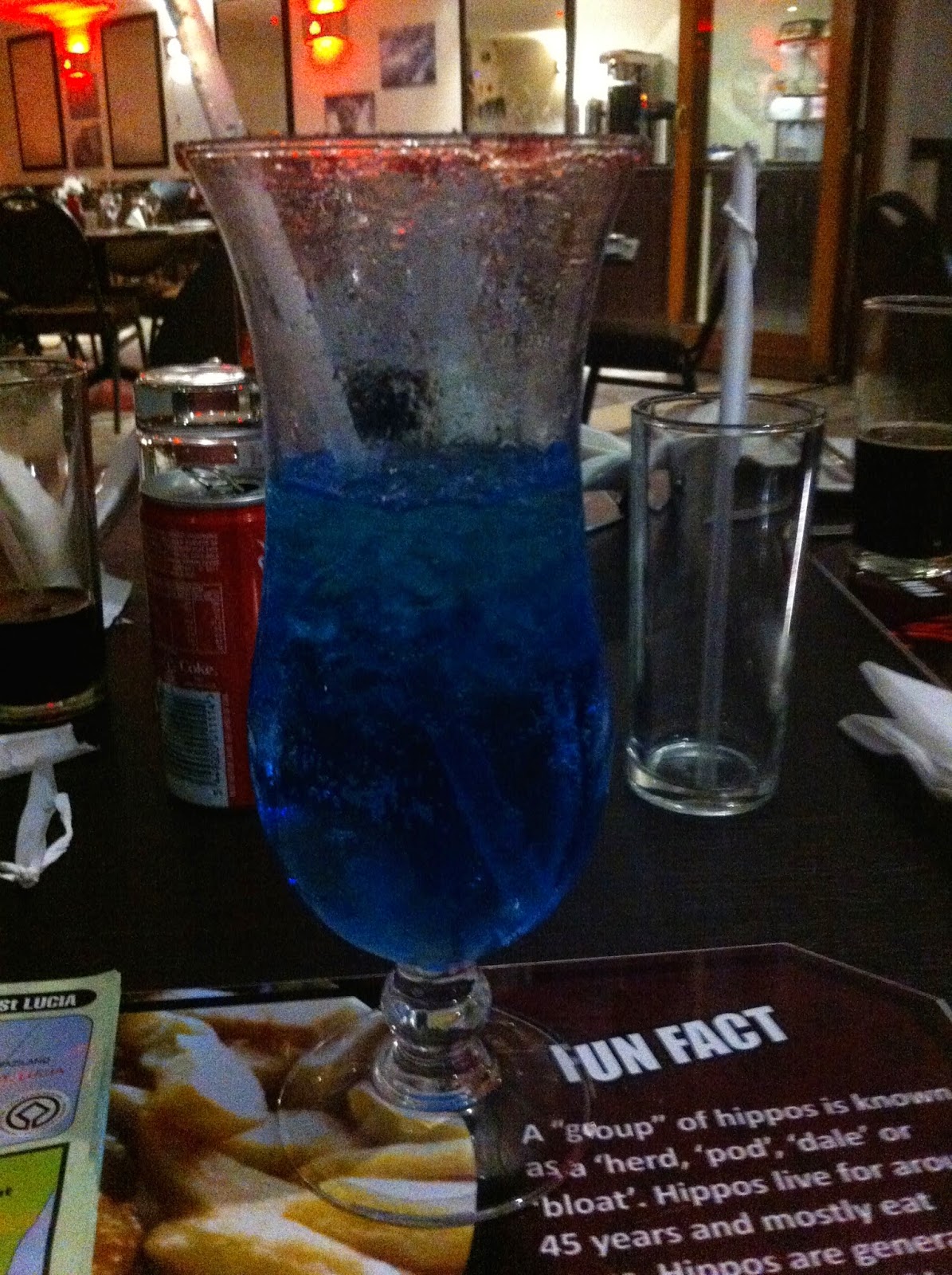 On holiday this week, I ordered a cocktail, a Blue Lagoon, it contains vodka, curacao and lemonade, it was garnished with an umbrella, slice of pineapple and the rim of the glass was coated with a pink sugar. The teen, child 5 of 5, aged 15, without warning, took a large sip through the straw and declared ‘this is nice, is it mine?’ to which I replied ‘no it’s not, it’s alcohol’ he informed me it didn’t taste like alcohol, he’d tasted our wine and beer in the past and decided that it was disgusting’

There is no such thing as ‘soft alcohol’ an ‘introduction to alcohol’ as many of my friends have said about letting their children drink at home and at parties.

Cocktails and drinks with fruits in them don’t always taste of alcohol and the drinker is unaware of how much they are consuming. As an adult I find that I drink these types of drinks, quicker and more often as I cannot taste the alcohol content, as an adult if I am misled by the amount of alcohol I am consuming then I don’t think under 18’s can be aware, especially if their parents say it is OK to do so, what happens when their parents aren’t there?