One Daily Positive - Week 17 Back to the decorating

I seem to have switched my weekends back into Dubai mode, doing little on Friday on Saturdays, this makes it easier for me and Peter to keep in touch as he's really busy during the week with work, so I find it easier to occupy my time.

I've been going through my dads things recently and have been scanning stuff from his football career with Barry Town FC to the club for their records. Found a letter from Aston Villa inviting my dad to play in goal for them against Stoke in 1960. However my dad didn't make the team line up for the day and this was 5 years before they had subs in the game. As a Birmingham City fan, I now appear to have gained an awful lot of Villa fans after I tweeted the photo out.

If I don't get up, breakfasted and dressed straight away I tend to lounge around in my pjs and whilst I rest, I don't feel tired at the end of the day and keep waking early, feeling tired, so I need to stick to a routine to keep me motivated.

110 Sunday Cleaned the bathrooms, got dressed and spent the morning putting the bedding plants in, washing and repotting seeds, followed by walking Bob to the local shops as I'd run out of milk, picked up some magazines and sweets to post to my mum and some ice cream for me. Took myself off to bed for an hour and slept, hoovered, had dinner and watched Grease. Random calls throughout the day. Spent the evening writing letters. 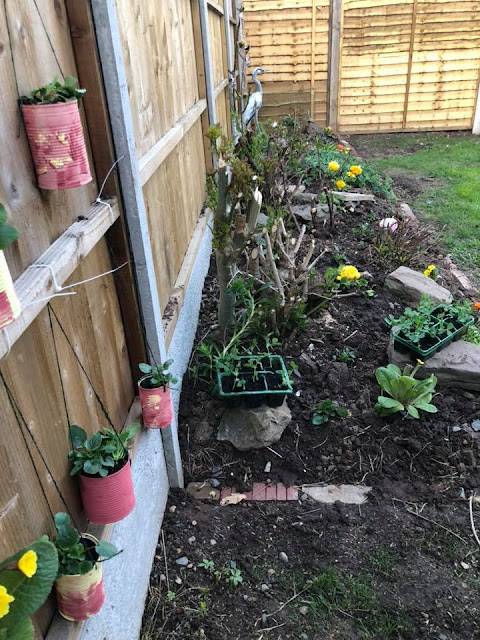 111 Monday Lifted the hall/landing carpet, sanded down woodwork and repainted, sadly I don't have enough paint to finish the rest of the doors and skirting boards, spent time in my craft room painting rocks. Wrote some more letters, starting with one to our grandchild to read when they're older. Spent the afternoon lazing in the garden. 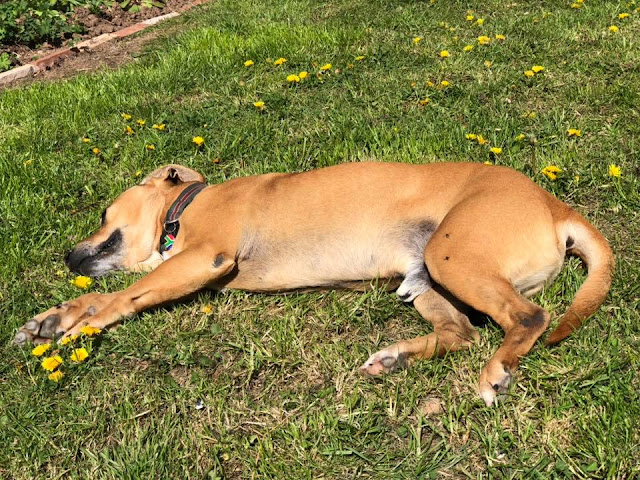 112 Tuesday Lacking motivation to do anything today. Got dressed and finished painting the walls, relaid the carpet, cleaned everything up and started a new project, papier mache a balloon. Bob and I walked to the postbox, we seem to go most days. I had a lovely surprise through the post from a twitter friend of a felting kit. Sanded down the rest of the woodwork and hooverd up, my house has never been so clean. 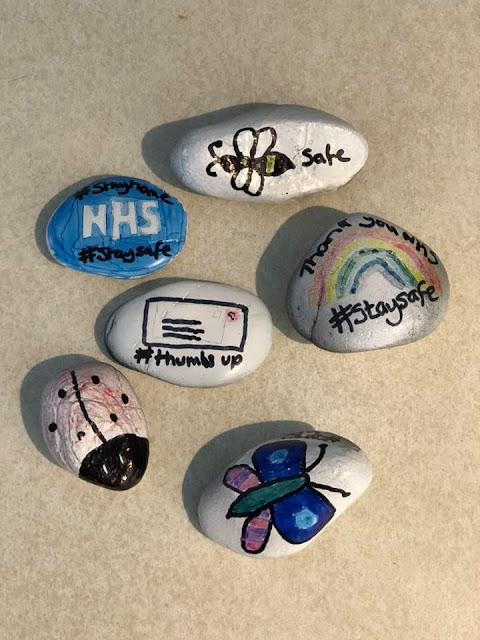 113 Wednesday I had to call a plumber out for the waste pipe in one of the bathrooms, as it came loose, he fixed the guttering and the over flow on the downstairs loo. I sorted through our finances while he was here and caught up with blog posts. Used the last of the paint to finish painting the downstairs loo and main bathroom. I managed to track down some paint through a facebook group Dean commented we should practice social distancing, doh!, anyway I thanked him for his time to make the comment. I walked with Bob to collect it for free, which was a bonus and let I Dean know we'd safe distanced on the handover. Dean's reply on the facebook group was 'just trying to help you protect ourselves' The guy I collected from is called Paul and a proper painter and decorator, offering me some handy tips. Sat in the garden for the afternoon blogging, remade the bed, cooked dinner and watched some TV and made poms poms for a rug. 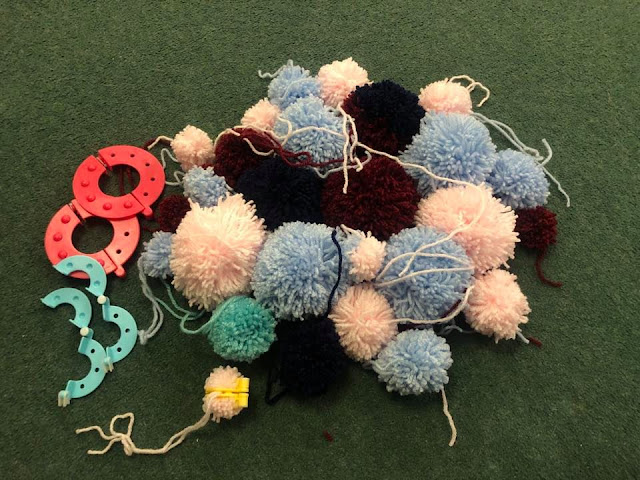 114 Thursday I did nothing all morning, it's the 7th anniversary since we adopted Bob, I wrote a couple of letters, walked Bob to post them. Resumed with the painting, one door, frame and bathroom skirting boards took 2 hours, the earliest Emirates are flying is July 1st, so I've plenty of time to finish the job. In the evening I started a jigsaw puzzle, watched Children in Need/Comic Relief and joined the dwindling numbers of neighbours for clap for the NHS. 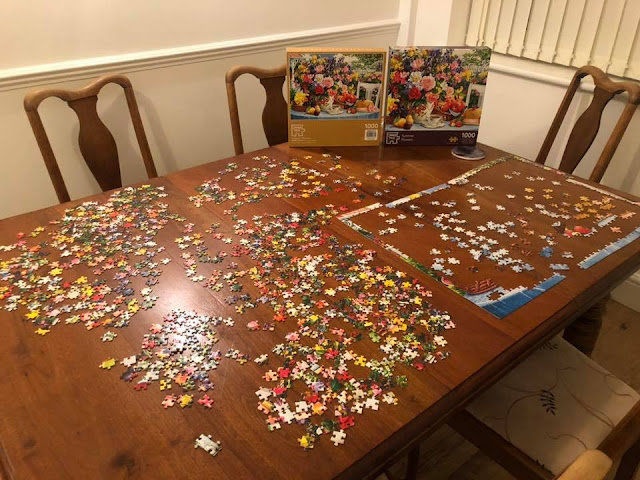 115 Friday Another slow start, a zoom call with a twitter friend and whatsapp chatting Ramadan Kareem to all my friends in the UK, Dubai and Egypt for a couple of hours, left over fajitas  from last night for lunch, assembled the new mower and did the lawns, finished painting the walls in the bathroom. Walked with Bob to the local shop to buy milk and some goodies, it was a bit stressful as one woman didn't know how to social distance and I ended up yelling at her to back off. 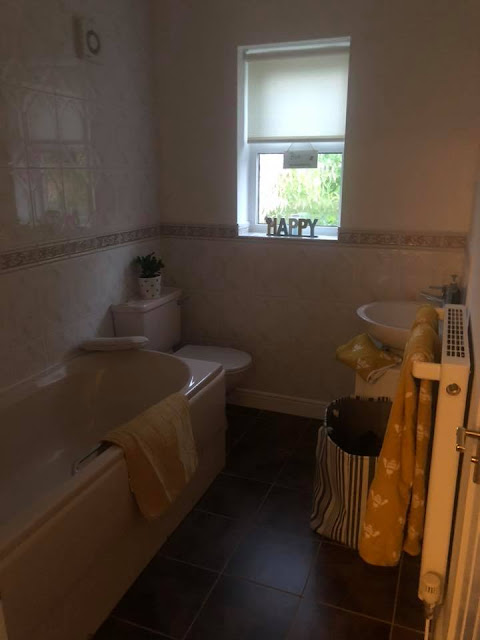 116 Saturday I prepared the main bedroom for painting, mowed the lawn, sat in the garden with a coffee and the cat. I decided to let her out for a bit now each day, so far she's only left the garden once, but was at the neighbours over the road. I've painted all the woodwork, walls and the radiators, just leaving two doors and a small amount of skirting board to do tomorrow as I can't get all the carpet up in one go, without shutting myself in the room.

I spent the evening registering 25 facilities in South Africa with a Christmas gift giving charity. 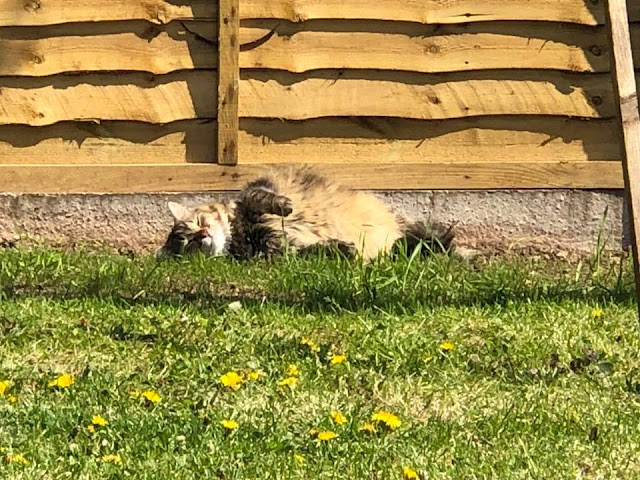 How I'm dealing with lockdown


You are invited to the Inlinkz link party!
Click here to enter
Posted by chickenruby at 19:12:00