Creating a garden in the desert - February 2016 with HDYGG?

Summer is slowly creeping in, in Dubai. Only last week I was leaving the house at 6am and the temp was 16c, getting up to around 28c by midday. Yesterday at 6.30am it was already 26c, reaching 33c by around midday. We had a big storm over the weekend, and since then the weather has warmed up considerably. I'm making the most of being outdoors while I still can. A face book memory informs me, that this all happened last year 2 weeks earlier in the year. 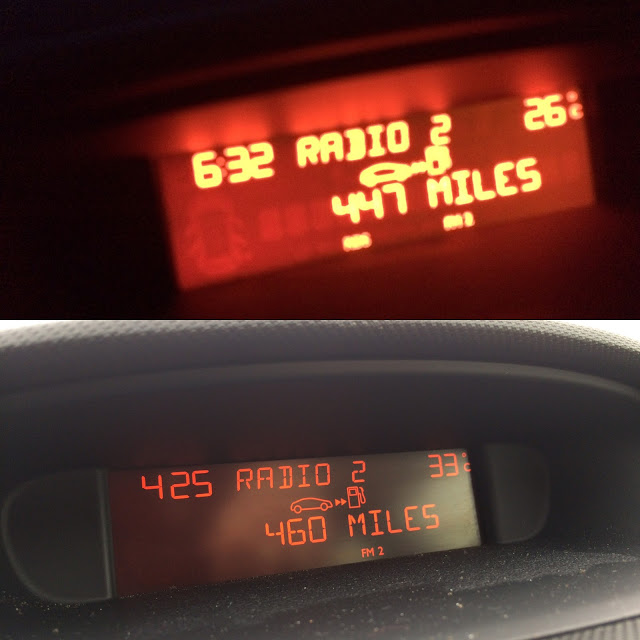 The ground water temp is also rising, this is from the outside cold tap at 5pm, I'll take a measurement first thing in the morning and see if there is a difference. 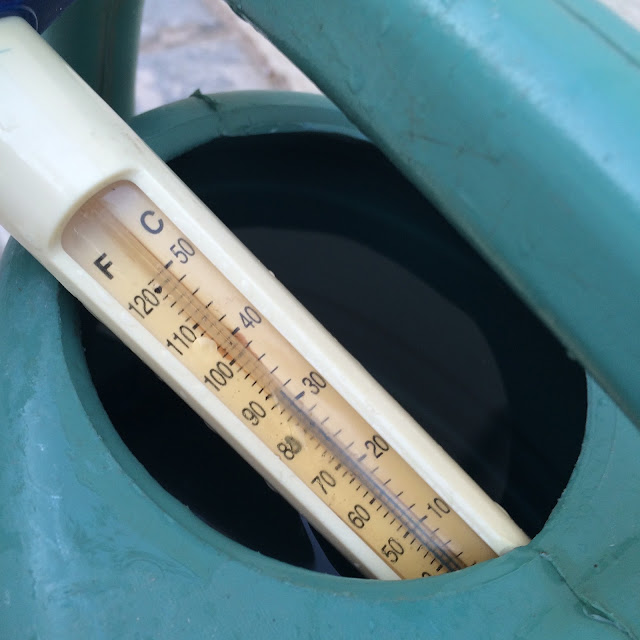 I'll have to start putting equipment away, my gloves were as stiff as a board from being out in the sun and the seed packets that were in the cupboard underneath had disintegrated, the tools will now go back in the shed, but gloves, seeds, watering cans etc will have to be stored in the house where the air con will soon be switched on. 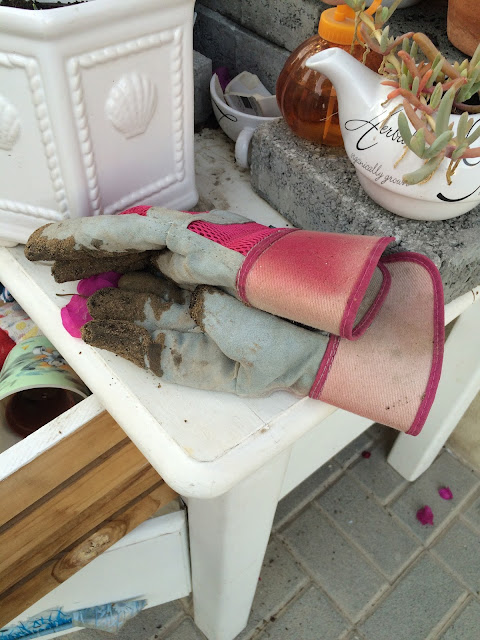 The tomatoes are going well, the strawberry plant is only producing one fruit a week, which is very sweet. 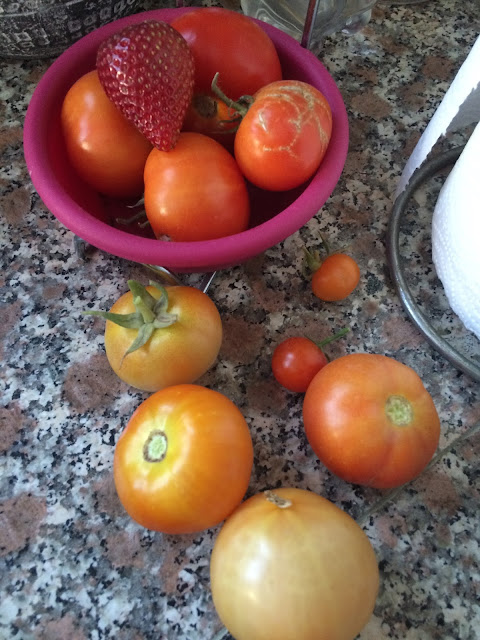 I discovered these mushrooms growing in the grass, this week. I'm glad I took the photo when I did as by the time I told Peter about them, the gardener had removed them from the lawn. 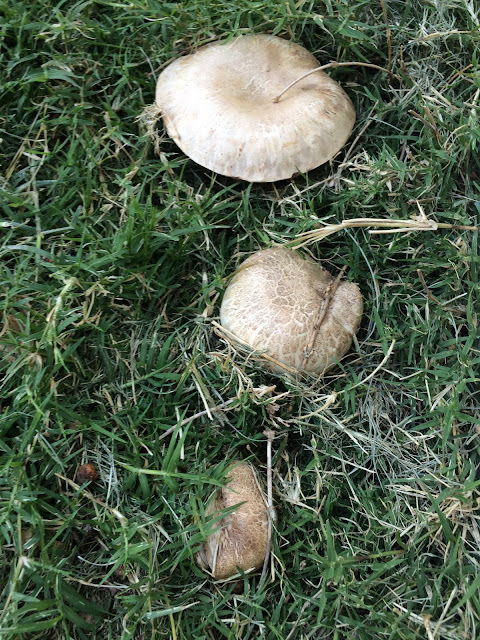 I've asked the gardener not to cut the bougainvillea back as far as he has down previously as it is providing shade for some of the plants. 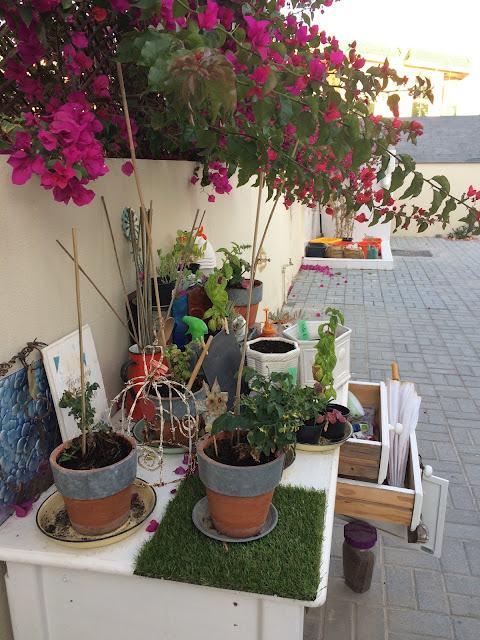 The tomato plants have quite a bit of life left in them, I need to research where the best place is for them when the heat comes. 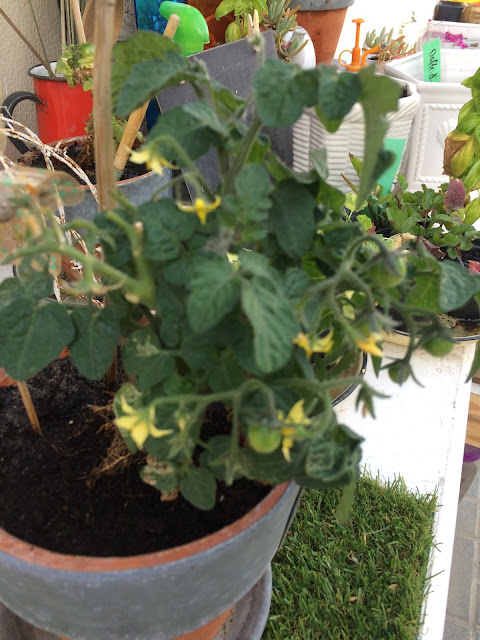 I've transferred some more seedlings, no idea what I'm growing again as the labels always fade in the sun. The geraniums will be moved into pots and moved inside once the average temps hit 30c. I need to find out what other plants should be brought inside and I'll need a trip to buy some pots for the hallway. 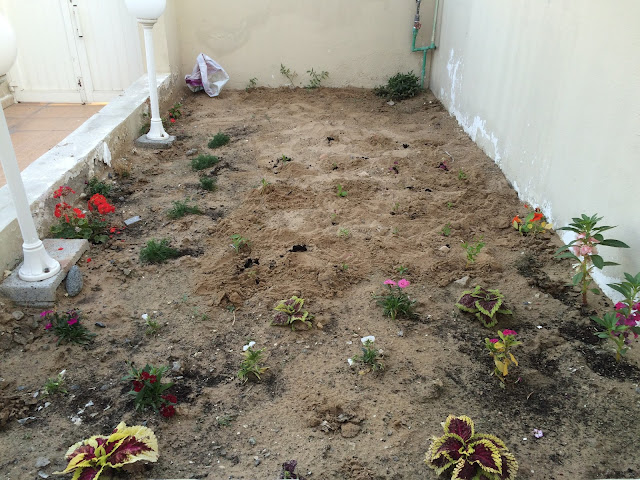 Our gardener doesn't actually garden other than mowing the lawn about 4 times a year, he sweeps up every day, cuts the shrubs back 6 times a year and waters the sand to stop it blowing around and cleans up after me. 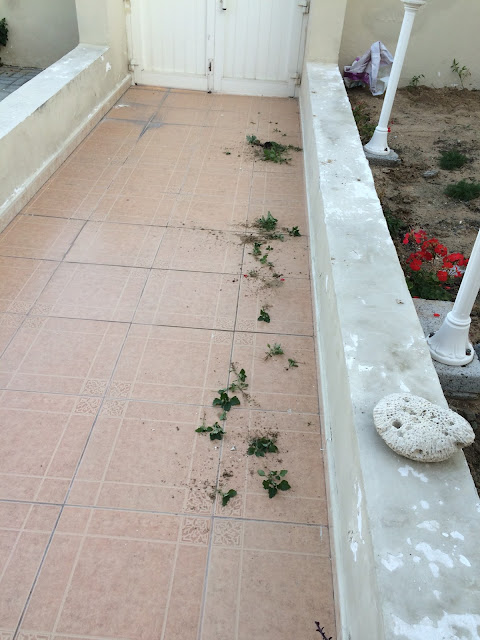 I've now completed a whole season in the garden, I've joined groups, researched and recorded best planting schedules in my diary. This year I will be attempting to grow some vegetable in the sandpit now that I have established other plants in the garden and I'll focus less on the flowers as they take a lot more work and water than I'd anticipated and now I'm working full time I can't give that level of commitment to it.
Posted by chickenruby at 05:28:00