Week 49 - One Daily Positive. Back in Dubai and the Golf

Back in Dubai early hours of Tuesday morning, it's been a long week and all happened very fast, considering last Friday at 4.50pm I'd given up on my container ever being delivered. I will be sorting the issues out with the company here in Dubai, but I'm not hopeful anything will be achieved as everyone was passing responsibility back and forth. I'm really pleased I got back in time to work on the European Golf Tour, it won't be long before I resume working back in the UK and I really need to have some more areas of interest on a CV that has been fairly empty for the past 10 years.

334 Sunday Not a word from the moving company till 1pm 'we're on our way' from Greenwich. They arrived at 7pm, it took 2 hours to unload. The sofa that came out the house almost 10 years ago to the date, is now in the neighbours garage, because it won't go back in, they unwrapped the oven smaller sofa, fridge freezer and that was it. I'd paid for a full unpack and removal of waste on same day. But if I wanted my container now, that was the deal. Another complaint to add to my list. 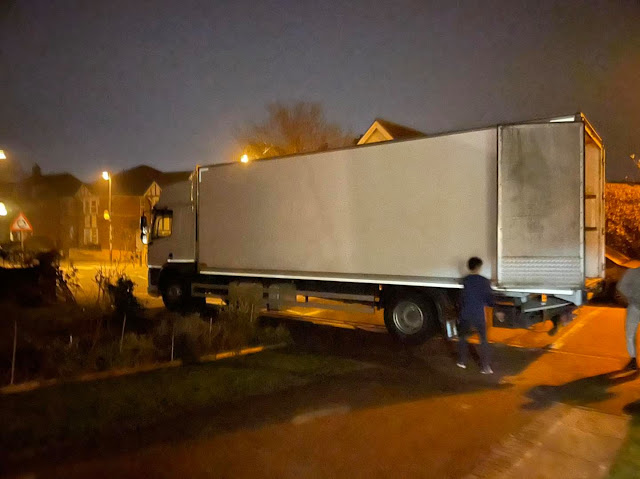 335 Monday Up early, said good bye to the cat and dog. House sitters were still sleeping when I left. Caught the train into Paddington, which was so quiet, I could've cried. It's only when I travel that the enormity of covid really hits home, that and the 'Clap for Keyworkers' I'd booked the evening flight as I was unsure I could get to Heathrow for the earlier one, but I had plenty of time and transferred to the earlier flight. No fees payable to rebook during covid. I had a row to myself, an uneventful flight, got some sleep and had no anxiety at all. 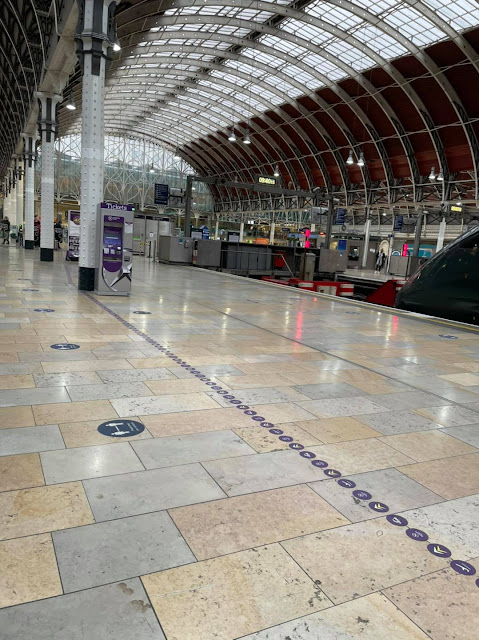 336 Tuesday On arrival had a PCR test and now playing the waiting game for results. Peter had his within 8 hours when he returned from Saudi the other week. I arrived during a busy time for transit passengers and it's a public holiday so I had to wait longer. Most of the day spent in bed, only had 4 hours sleep during the night, body clock in regards to meal times is confused. While I was having breakfast, Peter was already at lunch time and asking me what I wanted for dinner. I unpacked and got ready for the golf tomorrow.

View from the bedroom window. 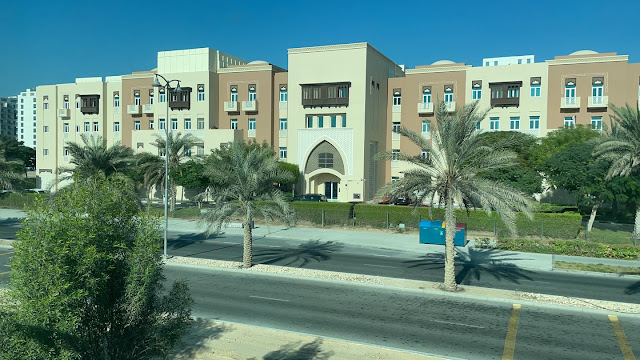 337 Wednesday 1st day at the golf. I was assigned a spotters role, basically counting the number of shots made by a golfer on each hole and radioing the scores back into the TV studios to provide information for their live commentary. I was bitten whilst hiding from the TV cameras in the rough (long grass) and got sunburnt. Came home, showered and off to the Polo Club for dinner and pub quiz with friends, which we won. 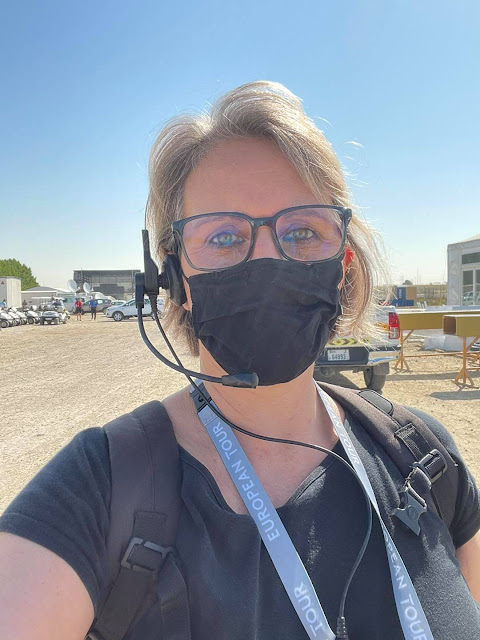 338 Thursday More golf and another long day outside in the sun, The TV compound is off site so we found ourselves sitting by the driving range for an hour whilst there was a break in live TV, it was nice to have a rest. Some of the golfers, but mainly the caddies start to recognise us now. 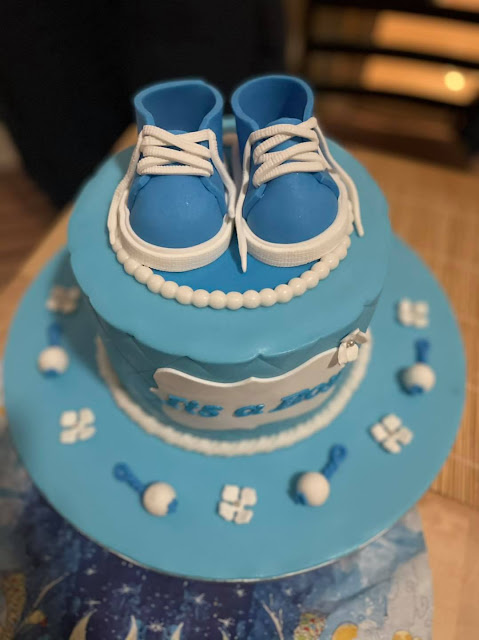 339 Friday Golf again, just one round of 18 holes walked today, TV finished at 3pm, so home early. We went for a walk along the beach, had dinner and an early night.

The pods are finally on the wheel. 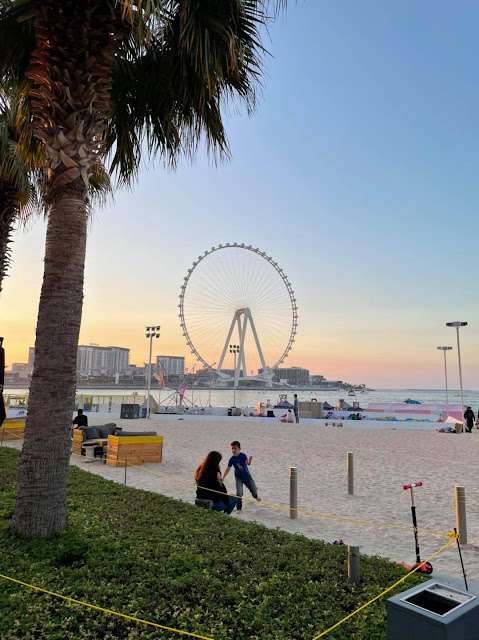 340 Saturday Up early again, did some blogging and headed off to the final day of the golf for this week. I've been walking an average of 8 to 10 miles a day in a circle, round 18 holes of golf, I know the course like the back of my hand now. The afternoon was spent putting up the Christmas Tree and decorations. 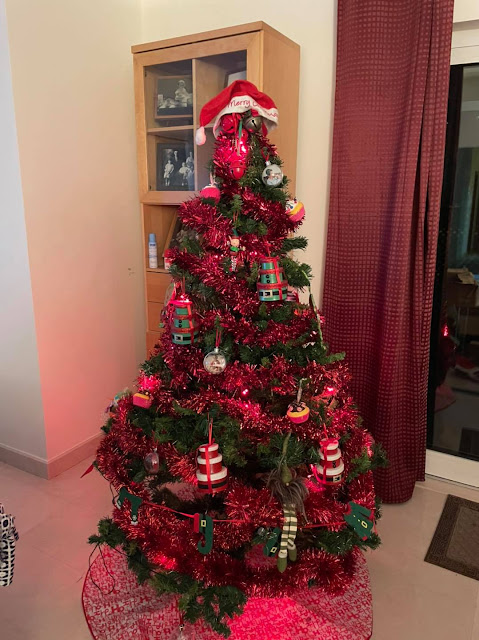 More golf next week with the finale of The Race to Dubai where a prize fund of $8 million. This weeks Golf in Dubai Championship was a mere $2.3 million.

On the Blog this week:

The role of a scorer at the golf.