I've been volunteering with the European Tour in the UAE now for 3 years. I've worked as a marshal, a spotter and last year I was asked to record live sound of the players talking with their caddies, the noise of the ball being hit and the sounds from the crowd.

I've volunteered at the HSBC Championships in Abu Dhabi, the Omega Dessert Dubai Classic in Dubai both in January, then after a world tour, the golfers meet back in Dubai for the Race to Dubai for the finale tournament of the season. I've met some amazing other volunteers, some of the biggest names in golf, their wives, families and friends and I have some amazing opportunities

I don't play golf, my husband does, but I love watching most sports and prefer to see it live rather than watch it on the TV.

In my first year, I struggled to recognise most of the golfers, but the only thing I need to know about them is what colour shirt they're wearing, which caddy they're with and this week, I've had to pay attention to how many times they've hit the ball, record it and radio back in to the Production Team the number of hits, as I've been working as a scorer. 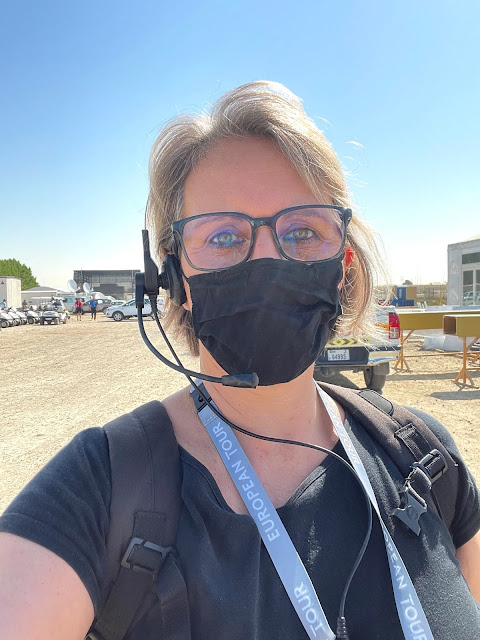 The golfers are responsible for their own scores, it's quite a big deal that they record it all correctly, but scorers are required for the studio discussions and the television feed. To inform the studio of the order of play, whether a player is taking a difficult shot from out of bounds or the ref is required for a drop shot or they're about to putt for an Eagle, 2 under par. It allows the live feed from the TV cameras to be broadcast to make for more interesting viewing and not to miss the best shots.

It's a new role for me, I tend to pick things up very quickly, it's been easier to learn with their being no crowd due to Covid, so it's quieter on the course with no distractions. This week it's the Golf in Dubai Championship, 1 of 15 new tournaments on the tour, before next weeks Race to Dubai finale, who knows what role I'll be working on then, I had no idea I was scoring until the first day on Wednesday. 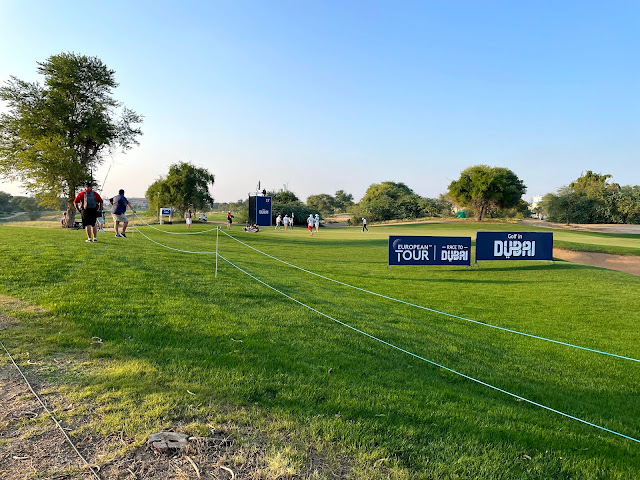