2021 Week 10 One Daily Positive - To do lists and organising myself.

I'm on the countdown now to return to Dubai, assuming I get permission to leave the UK and I get the export papers for the dog sorted to travel to Northern Ireland, export needed due to Brexit. So I'm back to my 'to do' list of things I've been putting off or just haven't got round to.

We brought the animals over to the UK last year with the intention of me travelling back and forth and getting house sitters lined up. The dog is really frightened of the vets and gets a bit cross with it all. So we flew him to the UK while his inoculations were still in date to save us both the stress. But thanks to everyone who voted Brexit, my dog has had to go through the whole process again, heavily medicated, at a considerable cost around £500 and extreme stress to myself and him. We had planned to travel to Northern Ireland with the dog frequently to visit child 4 and his wife, now it looks like this we will have to get a 'fit to travel' certificate, chip scan and up to date jabs for each trip as pet passports are no longer valid from Great Britain. At this point in time I have no idea how we'll get him back to the mainland in July. I just don't need this level of stress.

65 Saturday Met my friend with her dog for a socially distanced walk. bob had some time off the lead, his recall is really good these days. We walked about 4 miles mainly in mud, few people out. Home to do some more weeding, watched TV and blogging. Awake most of the night with severe cramps in my left calf and thigh.

View of the Malvern Hills. 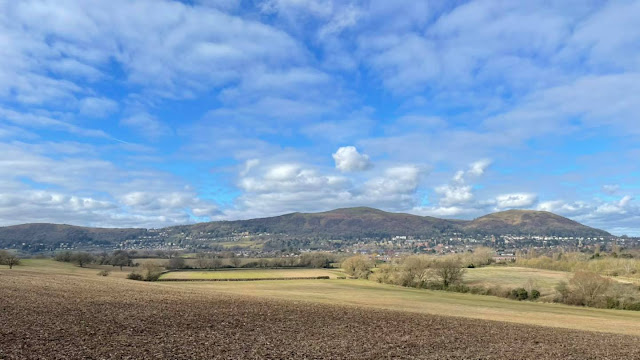 66 Sunday Woke with a headache, but one round of meds cleared it within the hour. The cramp in my leg continued through the day. I decided to get a newspaper today, I'm really trying to avoid indoor spaces as much as possible and really keeping shop trips as essentials as much as possible. Did some gardening, dinner, bath, wine, TV then bed.

The cat and I have been enjoying the afternoon sun in the conservatory. 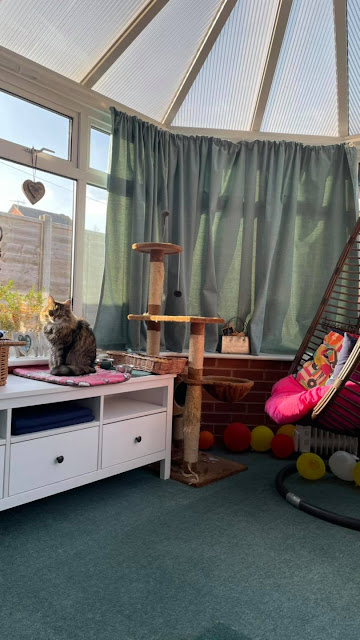 67 Monday Woke with a horrendous cold, just can't stop sniffing and sneezing, but no other symptoms. Leg and head now ok so I'm assuming side effects of iron infusion, snotty and sneezing all day. Read the papers, did some gardening, gave Bob a bath, walked him, washed all the bedding Had an altercation with a driver parked on the zig zag lines in front of the school, he refused to move, reported to school again and to the police online via the anti social method. Ate an Easter Egg, got mad at myself, went to bed after watching Oprah interview, found it fascinating.

These two can be such good friends. 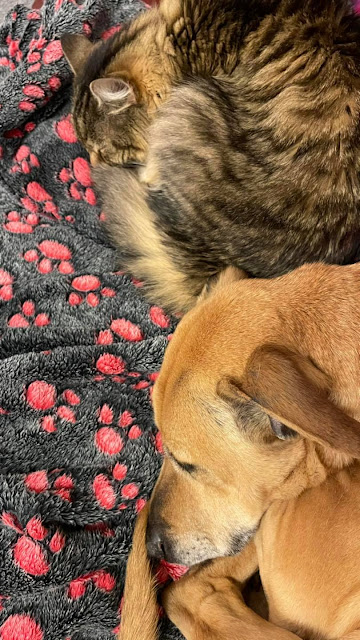 68 Tuesday Thought it was Monday all day, due to the Oprah Interview being advertised as Sunday (in America) and ITV changing their programs around. It was only when Corrie didn't come on at 7.30pm and I checked the TV guide on the screen that I realised. So I missed my hospital appointment for 2nd iron infusion. During the day I did some gardening, washing, renewed some rotten wood in the the garden which involved a hand saw and fence paint. Wrapped up and addressed all the Easter and Birthday parcels for April, ready to be posted, video called with child 2a and grandchild, had a bath, a nap, dinner, watched TV and bed to watch Unforgotten. Had stabbing and shooting pains in left side of neck and left arm all evening. 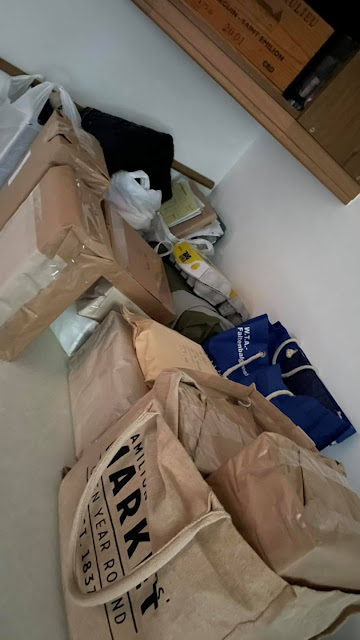 69 Wednesday Rearranged iron infusion for Monday, headed out to do a food shop, started in Lidl and ended up in Waitrose, really struggle shopping for GF products, all stores stock things differently. I got really irate with some people, one man restored my faith in humanity by standing aside for me to enter a shop to then walk in behind me as he said he could see I was getting frustrated with the lack of social distancing. I did some touching up of paint and plaster from moving furniture around, finished weeding the front garden and planned some work in the garden.

When the cat tries to get in the pod with me, all she succeeds in doing is spinning me round. 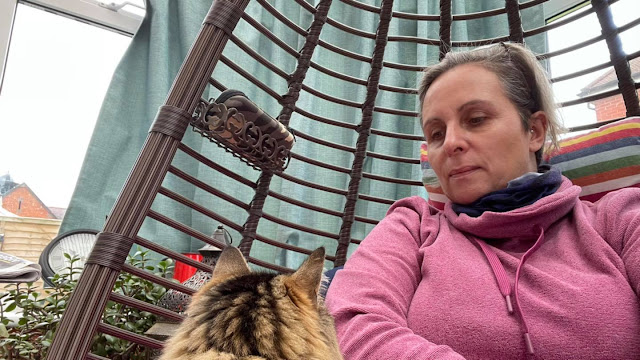 70 Thursday Couldn't get motivated, was supposed to be in Qatar for the golf, but due to not having anyone to look after the pets I couldn't go, so I spent the morning feeling sorry for myself. Got up at midday when the door bell rang, I tidied up the garden after the wind, did some cooking, tidying and cleaning. My friend dropped off two mirrors I'm going to hang with the two I already have to get more light into the room.

Child 4 and 4a sent flowers for Mother's Day. 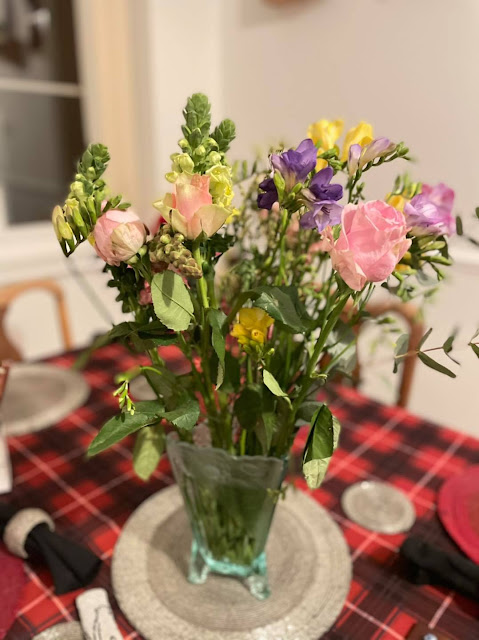 71 Friday A social distanced meet up and walk with my friend and her dog again, this time up the Malvern Hills. We got coffee and sat by the Priory for a while.  Home to do some washing, pay bills, chase payments owed and get medical aid approval, sort through emails. Evening spent in front of the TV. 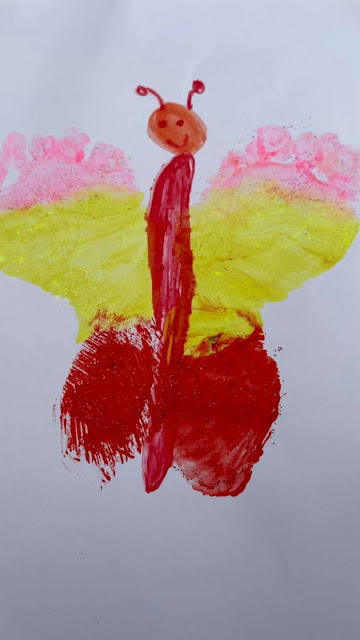 My Sunday Photo -  A foggy view on the Malvern Hills.

How being an expat hasn't differed much from lockdown.