Most guides on what to do when planning an International relocation, usually advise you to obtain 3 quotes, ensure you keep in a locked room your documents, keys, passports, wallets etc on packing day so they don't end up in the container like our son's shoes and wallet did, along with the key for the padlock for the side gate. They'll also tell you to make sure the bin is empty and you've washed up the plates before the packers arrive. All good advice, but it's the hidden costs you really need to look for and an honest time frame. 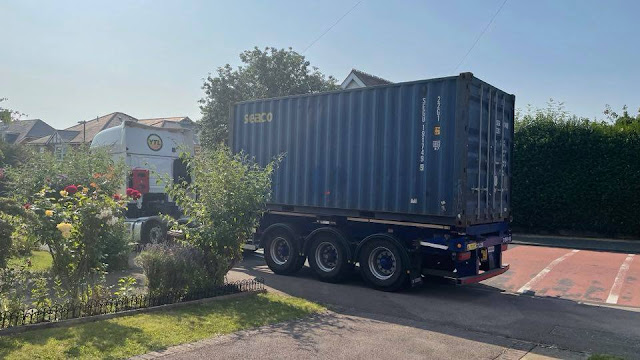 We've been fortunate with 3 International moves and 3 internal moves over the past 10 years that nothing has been broken, other than the odd bowl etc, however we haven't been lucky with the information given to us and the additional hidden costs. Although the company paid for 2 of the moves, it did not pay for the extras.

We've used 4 firms for International moves and 3 different firms for internal moving. The internal moves have gone to plan. You get up, dress, they pack, they deliver to the new address, they unpack and remove all the packaging.

Our first move from the UK to South Africa went wrong from failing to tell us they couldn't ship until we got our visas, AFTER they'd packed and removed everything from the house 2 months before the move and then added we needed to itemise everything they'd packed for insurance purposes.

On arrival in SA there were hidden customs (bribes) charges, our container was 'lost' until we paid the fees, we NEVER received the seal number so had no idea if our container had been opened or not. The UK side of the organisation stopped answering emails and despite the contract being with them directly, they said it was now the fault of the agents in SA.

We had to apply for visa on arrival in Dubai, so we were on a tight timeline for the move and organised air cargo with bedding, TV, paperwork and some basic kitchen items. Due to their being a shortage of visas, our container sat in the dock for 2 months and our air cargo arrived 10 days AFTER the container was delivered to our new home. Costs were met by the company as they hadn't organised the visas.

For this last move, we had 2 shipments. The first was a shared container, it arrived on time and no one would speak to me, not the company in Dubai or the agents in the UK. After many phone calls and the threat of legal action and help from the shipping company in Dubai, the Bill of Lading was paid from the company to the shipping line, container released and goods delivered.....on a Sunday night at 6pm, they took 2 hours and dumped the sofa in the neighbours garage leaving me to unpack and remove the waste. The company in Dubai said as a 'gesture of good will, they'd waive the storage fees with the delay. They also failed to take out the Insurance on time and took 2 months to repay it, again with the threat of legal action.

The final saga is the current container, delivered last week, again storage fees wavered as a good will gesture. I picked a company that managed the whole move from door to door, turns out they sub contract and due to them not being available before the 21st July, there was going to be a charge of £1000 for UK port storage.

However, it wasn't customs charging me the fee, they cleared the container on the day it arrived in port and it was ready for collection at 20:20. So then they tried telling me it was the shipping company not having hauliers to move the container. I called them, they said it wasn't their container. Then it was the port charging me due to lack of hauliers, so I called them, they explained no one had applied for a VBS and once that was done the container would be ready for collection within the hour.

Then everyone stopped answering their phones and their emails, they'd already said my contact had ended up in junk, after they swore blind they'd never received anything from me, then it was claimed I never replied. I called them out on the email sent on June 29th, a week before my container arrived.

I have my container, it's all unpacked, fingers crossed I don't hear anything more from anyone and if you ever hear me saying that I'm thinking of moving, please stop me.

Don't be frightened to call customs, border control, the port, the shipping company directly, they were very helpful and informative and I was able to use the information given to prove the costs incurred were the responsibility of the removal company and not mine.
Packing:
Unpacking: