We headed off to Yorkshire for a few nights with Bob. Having packed for the weather we'd been having at home, we shivered all week as it was much colder and wetter. We joined in with the Jubilee with a street party with the neighbours. I'm old enough to remember the 1977 Silver Jubilee, here's a bonus photo from way back then in Leicester.

I'm in the pink top with red hat. 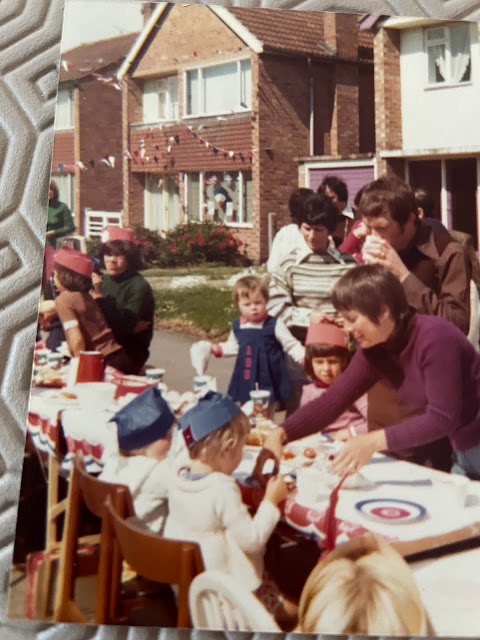 147 Saturday Day spent in the garden and tidying up the house ready for going away. I had to go to the opticians for a PEARS test to try and find the cause of my double vision, have new glasses and no answers.

DIL pointed out that it looked like I was having a plant sale, so I put the new shrubs inside the locked gate. 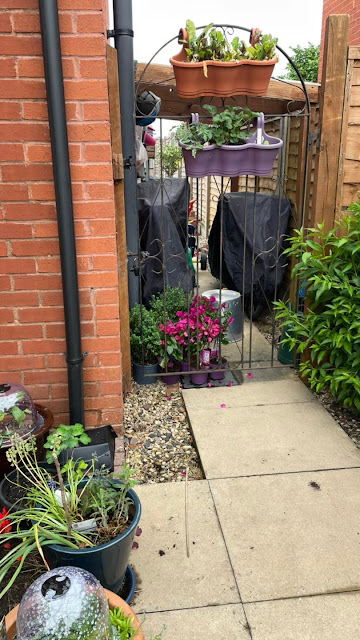 148 Sunday Set off mid morning for a few nights in Yorkshire, we stopped off in York for a few hours before arriving at our cottage a few miles outside. 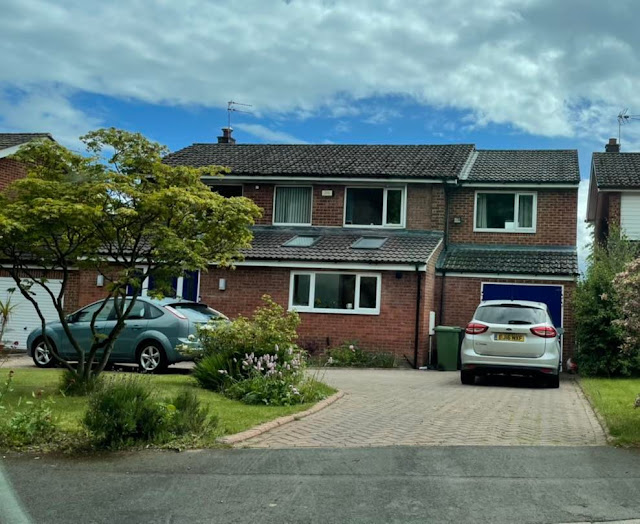 149 Monday Off to Pickering for a ride on the steam train to Goathland (home of Heartbeat) we had cake, coffee and sandwiches and stopped at the pub for fish and chips on the way home. Bob's first train journey. 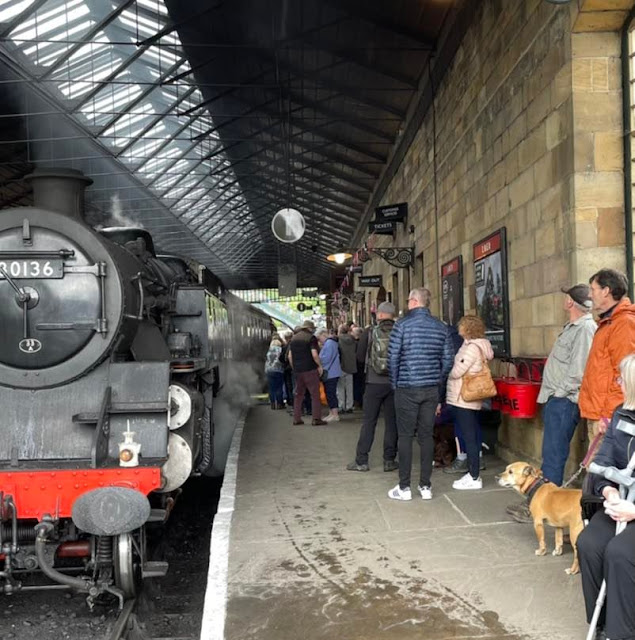 150 Tuesday We visited Castle Howard (home of Brideshead Revisited) for the morning and returned a sculptured piece of stone that allegedly came from there in the late 70's. We went into York in the afternoon using the park and ride. Bob was not a fan of the bus. 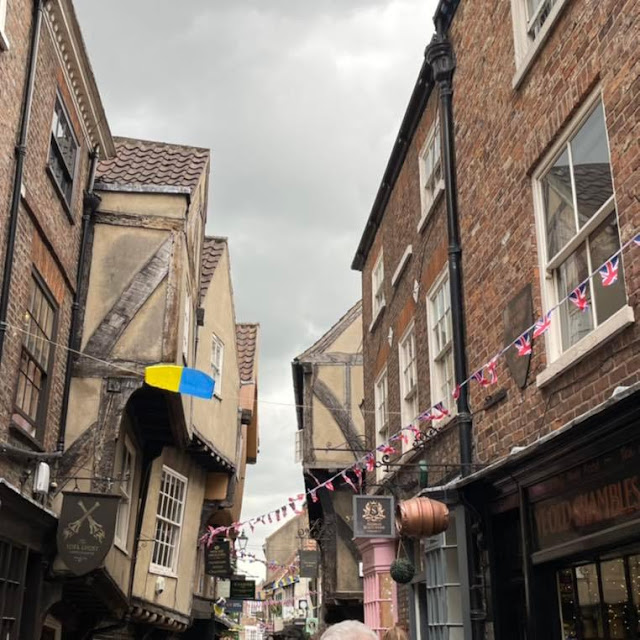 151 Wednesday Off to Scarborough for the day, we had ice cream, played on the 2p slots, ate our body weight in fudge. The local pub turned us away for food as they had more than enough orders for the night. WTAF? 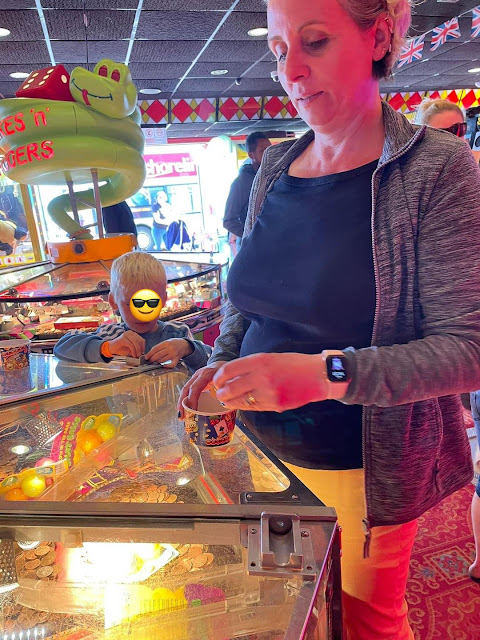 152 Thursday Up and out by 9am and drove home via the Cotswolds to meet a friend for a walk and a coffee. Home around 6pm, saw the Red Arrows fly over whilst waiting for a takeaway, unpacked and just chilled out. We'd had another flood while we were away. 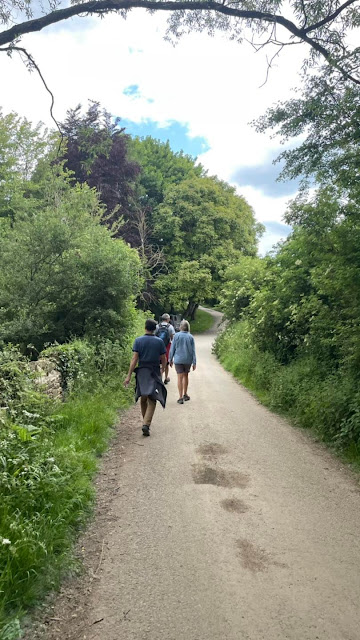 153 Friday Decorated the garden for the Jubilee, went out for a coffee and bit of shopping. Peter spent most of the day on and off in the roof space fixing the overflow pipe. We joined our neighbours for a street party, BBQ and few drinks. 2 sets of neighbours were living here before we left the UK, so nice to catch up and meet the new neighbours also. 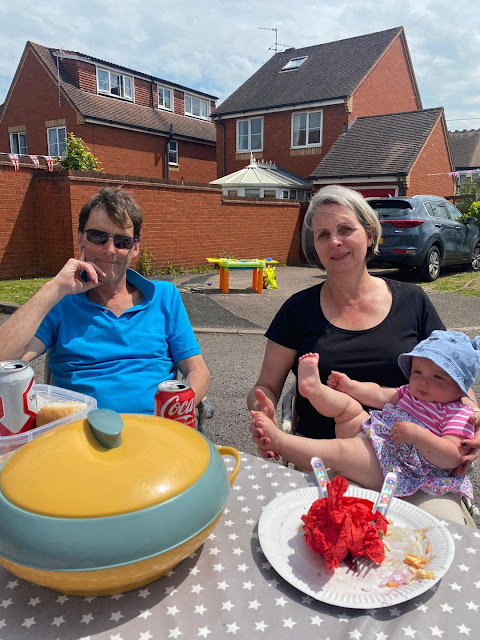