Week 47 One Daily Positive and Project 365

We had a fab weekend at the Rugby League World Cup Final, but we were badly bitten by bed bugs and have both been itching all week. The hotel offered us a free upgrade and breakfast for our next stay but we've declined, as I'm sure you would.
We also had a bonus of listening to Heather Small perform live at the end of the match.
The adblue sensor on the car has gone, so we've been limping around with only a handful of miles to spare before the vehicle won't start. It's booked in the garage next week.
My head hasn't been any better, not the full on migraine but a dull nagging pain behind my right eye, the same one they've discovered a freckle behind after I complained of blurred vision in it.
I've been asked a few times and even challenged about how I can function when I have migraine attacks. I just about function. The pain is non stop, but I just can't go to my bed and pop some pills as my migraines last up to 72 hours, I get a small time of respite and then they kick back in. It is constant pain. I can't just take to my bed and do nothing because nothing doesn't help.
322 Saturday Drove up to Manchester and afternoon and evening spent at Old Trafford watching the Rugby. 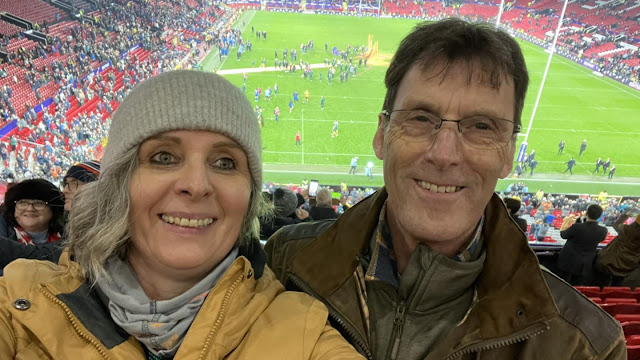 323 Sunday The hotel was a disaster so we left by 8am had a coffee and wandered around Manchester before driving home via Ikea in Birmingham. 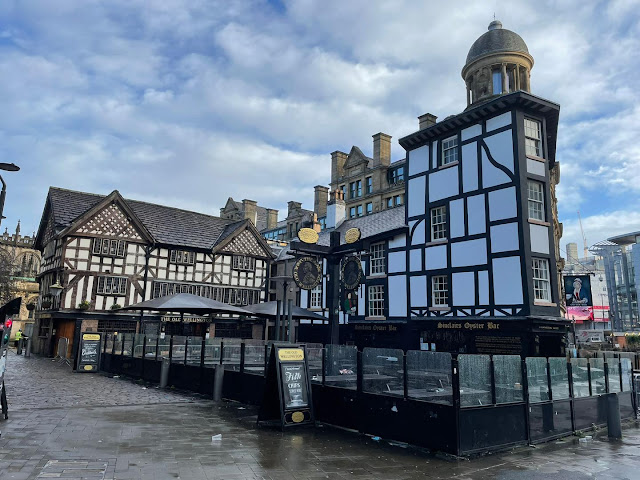 324 Monday Home from work then up to Gloucester Hospital till 2am with my niece to look after mum who had been taken ill. My Uncle died in the morning so it was a long and difficult day. Discovered we'd both been bitten by bed bugs. 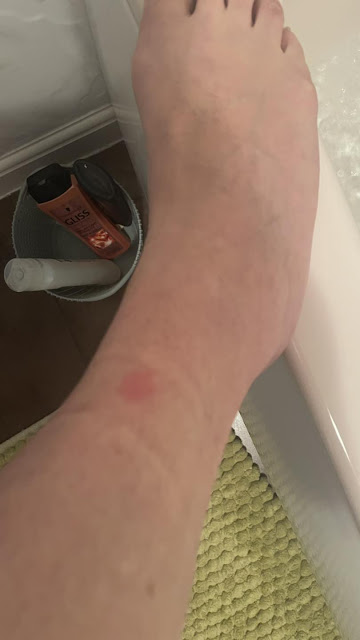 325 Tuesday Part of our relocation to the UK involved either moving house or having an extension built as well as modernising the house. We decided to stay put, sold the flat and the money has paid for the new kitchen and tonight we signed the paperwork for the new extension which will commence in the spring.
We had hours of entertainment with the dog getting stuck behind doors. 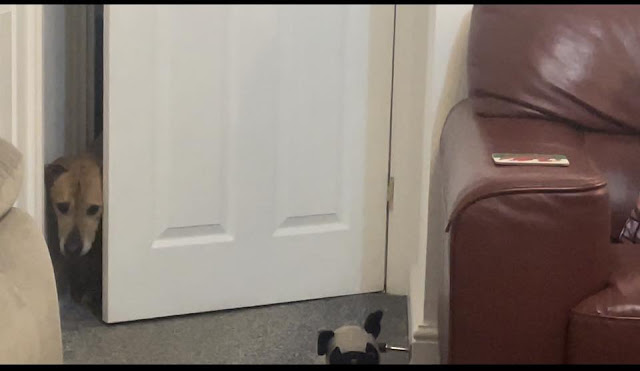 326 Wednesday I finished the ironing, put everything away and tidied. The food shop was delivered and notes written up for A level English Literature.
The new quality street wrappers are boring and dull. 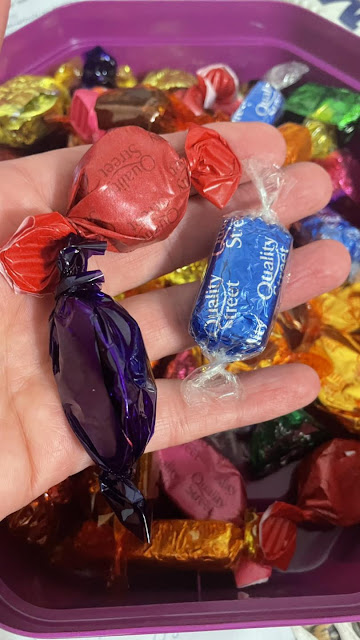 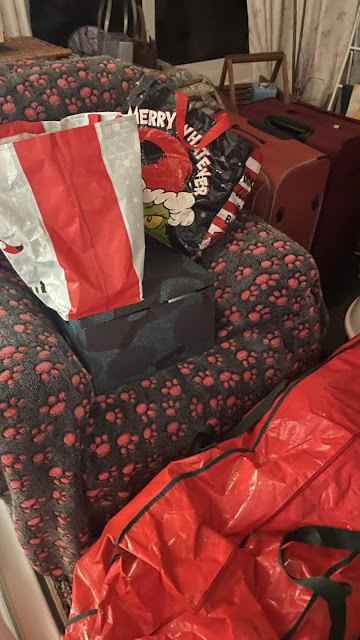 328 Friday We went to Birmingham to do some Christmas shopping, visit the German markets and see the lights. The evening was spent blogging.
The Floozy in the Jacuzzi. 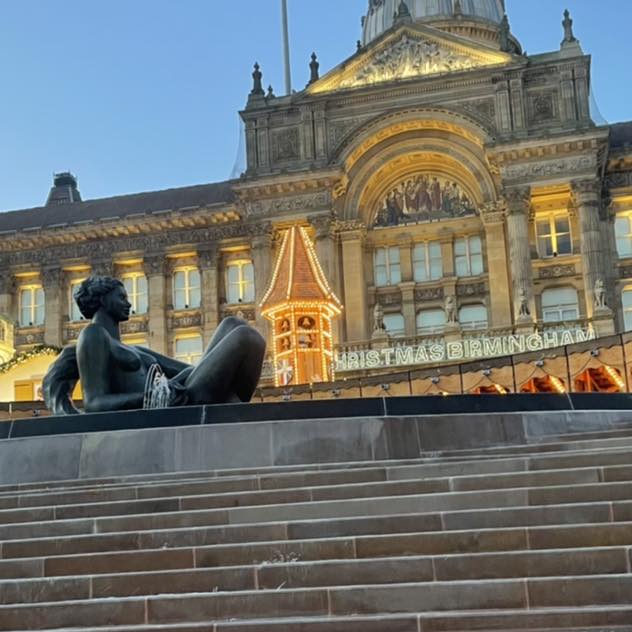 On the blog this week:
Weekend in Manchester for the Rugby