Does it rain in South Africa?

Yes and lots of, but usually every few days for a couple of hours, which dries up very quickly, before the humidity builds back up for another thunder and lightening storm.

But it started raining here on the weekend and apart from a couple of hours relief, it's still raining.

So what? I hear you say, you should've been in the UK the last few weeks/months where people have been made homeless and lost everything to the floods.

Before you start on me, I'm from the UK, I lived there for 39 years and was there in 2007 when the floods hit the South West, we weren't flooded but we had a 4 hour journey from Malvern to Tewkesbury to collect our disabled daughter from her care home as they had no electricity or water and bring her home for a week to look after her.

There has been a lot of flash flooding and the force of the river took out the security fence last week, the golf course has been closed and I have to drive round the estate rather than through it as the bridge is closed. My car is getting mud splattered, I'm delayed and inconvienced. My washing hasn't dried and smells a bit musty and I'll have to re do it. Pot holes have appeared and despite having a 4x4 I can do an awful lot of damage if I hit one of them at speed.

But where am I going with this blog post?

Last week I drove to Mamelodi, the river has flooded, the hillsides are teaming with running water. It took me over an hour to travel a few kms as there weren't exactly pot holes in the road, there was no road and everyone had to drive on the mud outside peoples homes and shops, making the streets even worse. People's houses have been literally washed through and in some cases have been demolished, OK these people don't have a lot to lose in terms of people flooded in the UK, but what they do lose is EVERYTHING.

There are no journalists and reporters on the case (they're all in Pretoria, a few miles away, covering the Oscar Pistorius case) There is no military presence and no government representatives. There are no offers to temporally rehouse these people, why, they don't even live in a brick house anyway, no government handouts, financially or otherwise, no insurance payout and no one from neighbouring areas to make donations or raise funds to help them. No one is aware and no one is caring, they are on their own.

Until the water recedes these people are unable to get to work, send their children to school or buy provisions and when the waters recede and they go back to work (if they still have a job) they will have to work longer and harder to recover the money they lost when they couldn't get there. 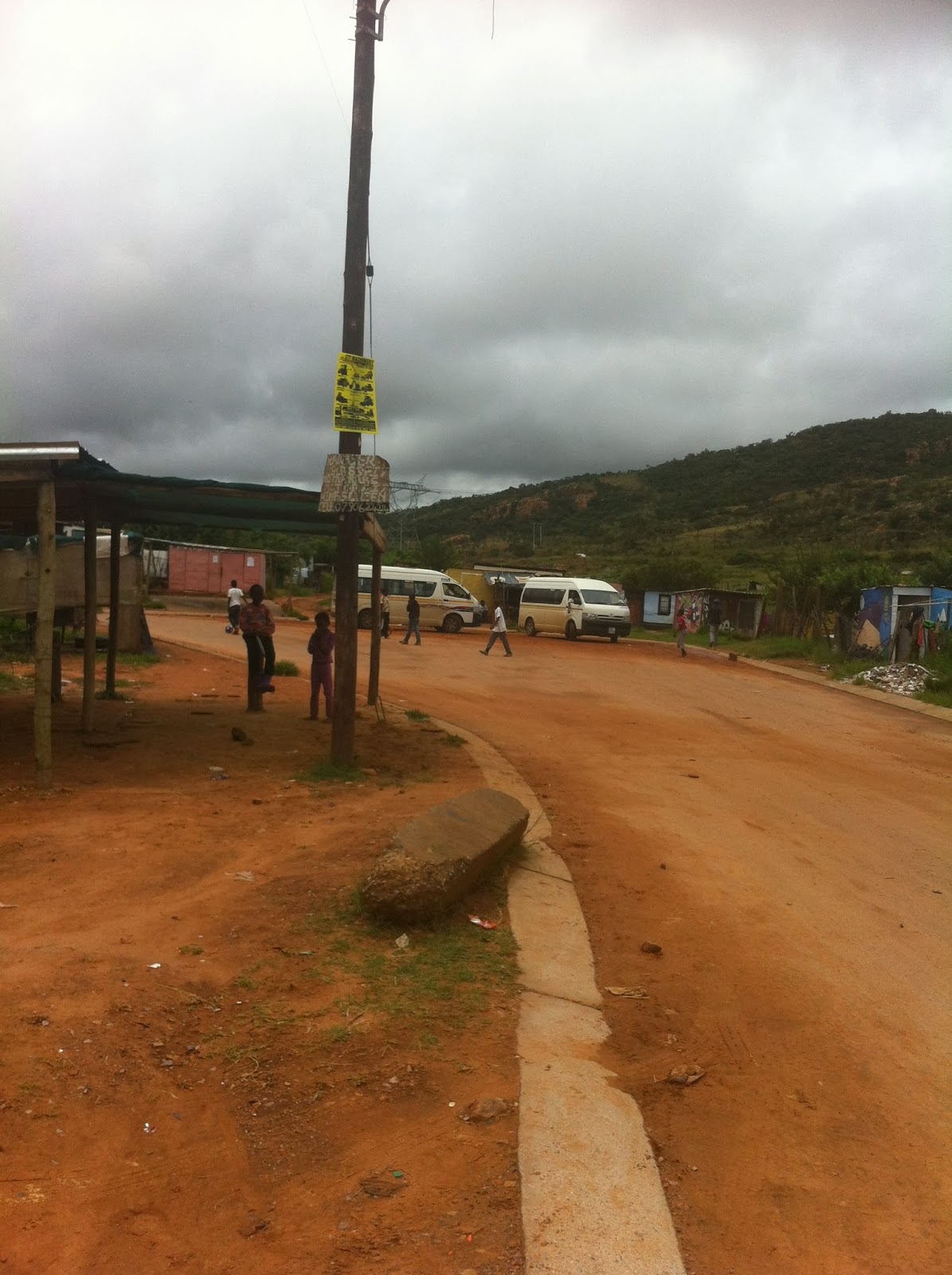 Children unable to get to school 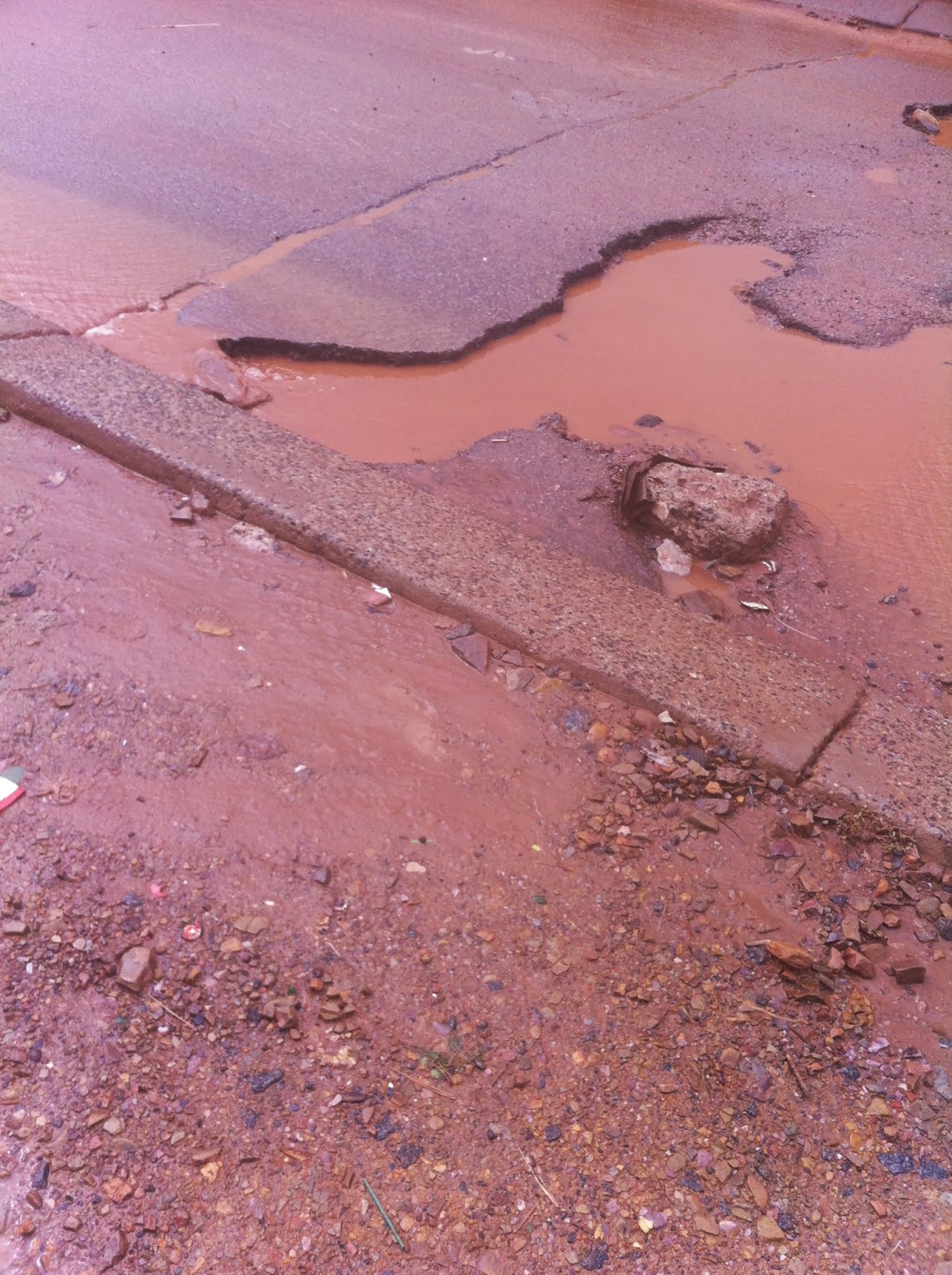 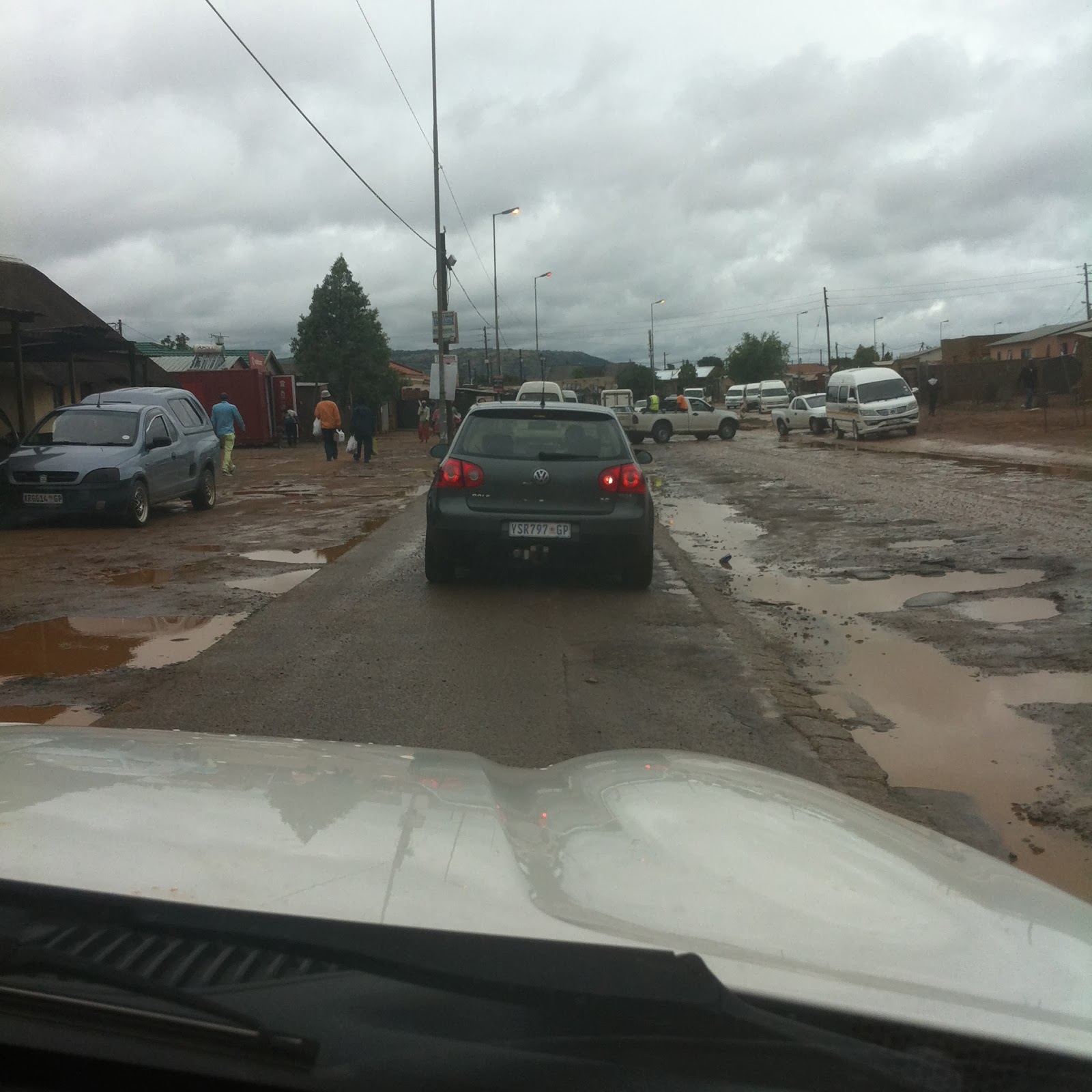 Roads are un drivable due to the pot holes 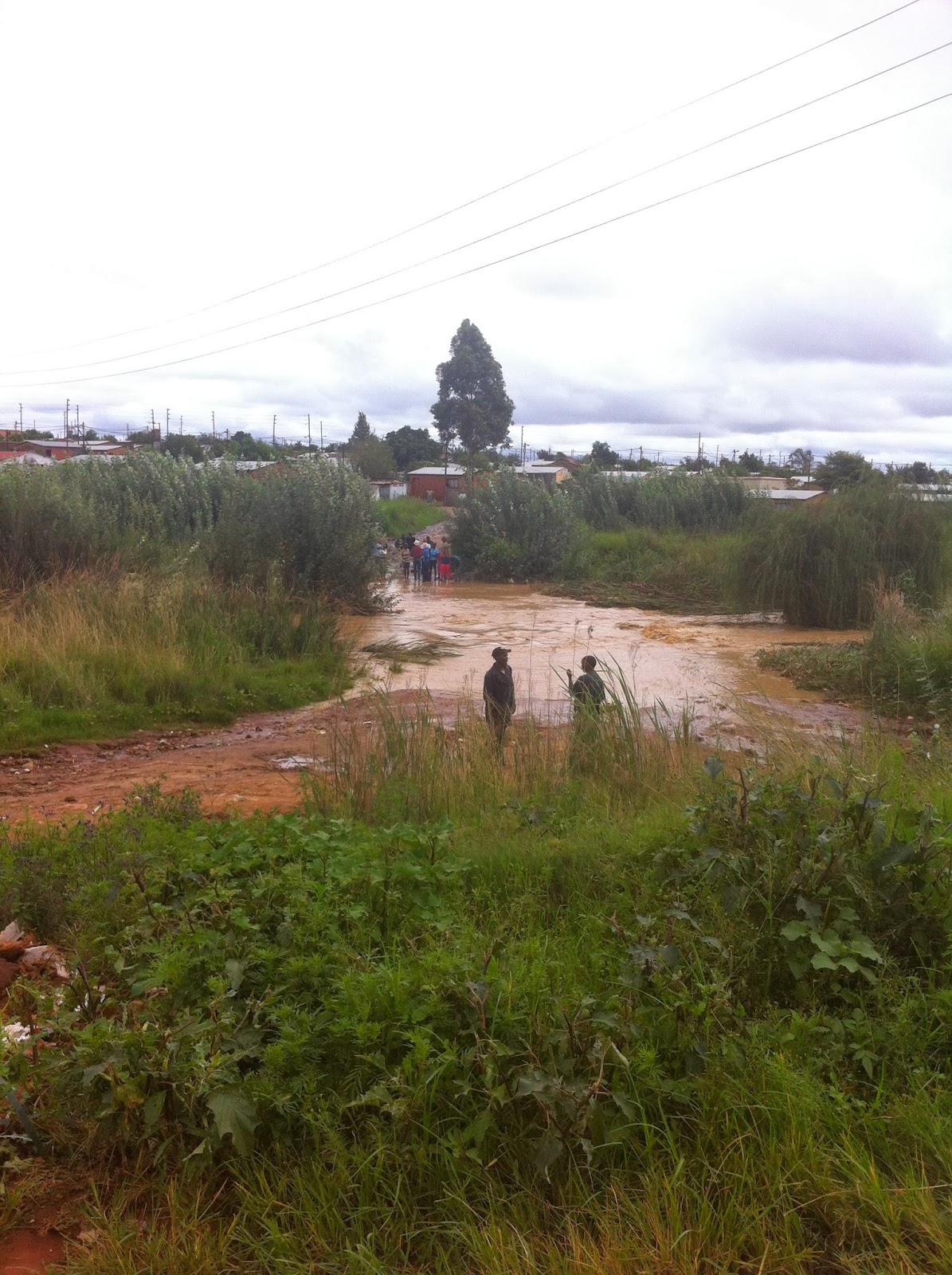 Unable to cross the river to get to work 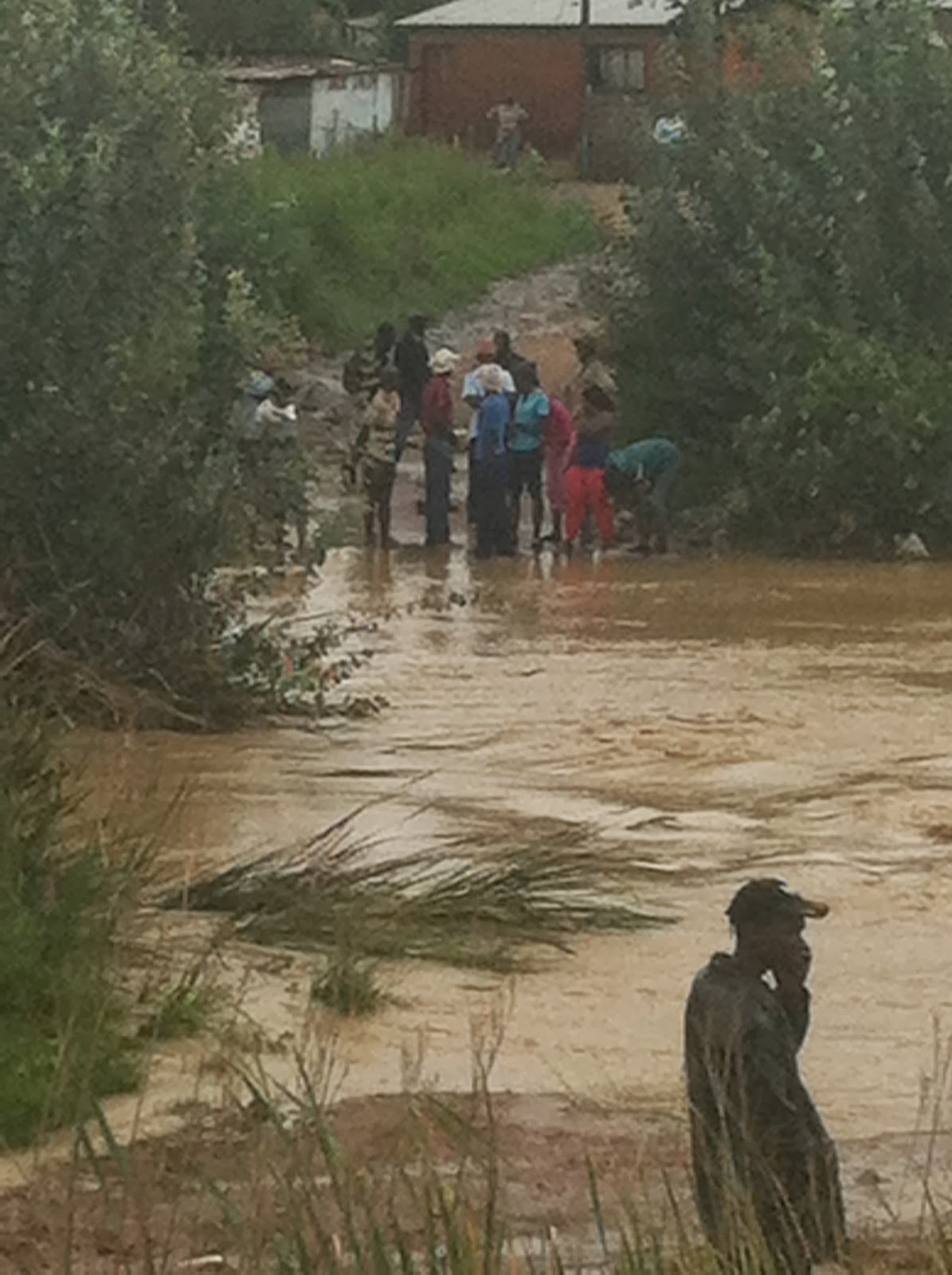