Naked Sunbathing and Surfing in the Englischer Garten - Munich

The Englischer Garten German for English Garden, is in the middle of Munich and created in 1789. It covers 3.7kms squared and is one of the largest urban public parks in Europe. 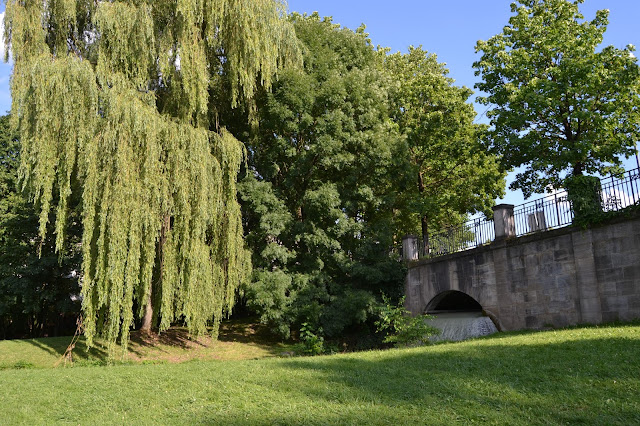 You can actually surf in the English gardens, an artificial wave is produced by a water pumping mechanism, but it's only to be used by expert or skilled surfers. 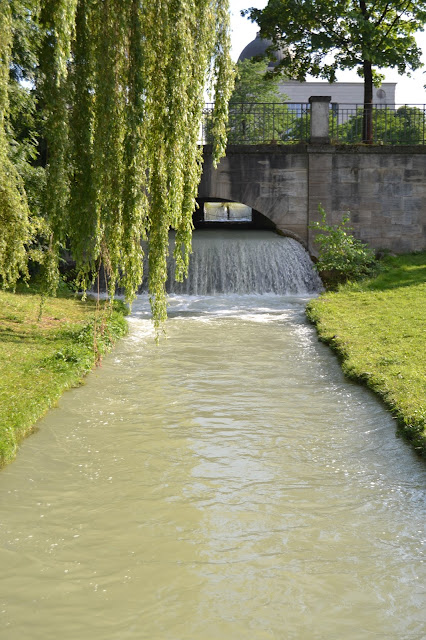 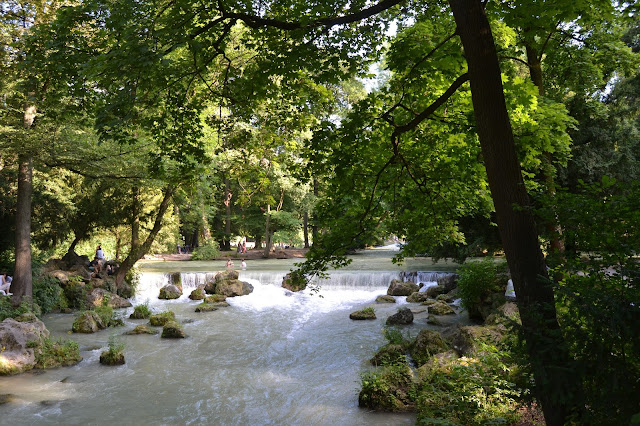 There are plenty of other ways to enjoy the water if you're not a surfer. 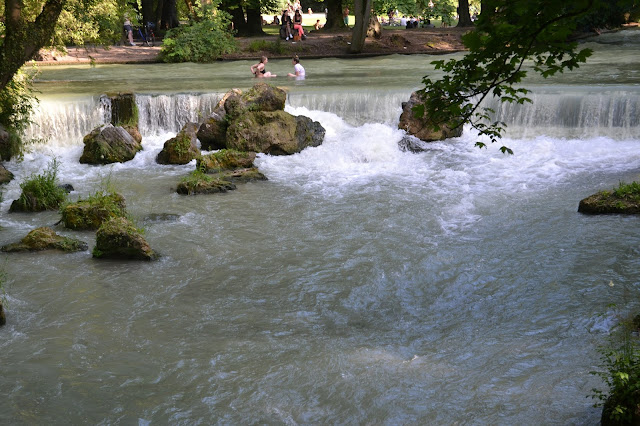 It was lovely to see so much open space and greenery, but what I didn't realise when I started to take these photos is that it's perfectly acceptable to strip off stark naked and sunbathe in the park. 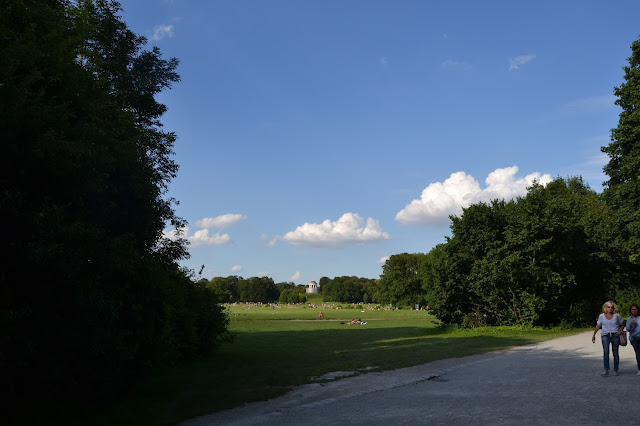 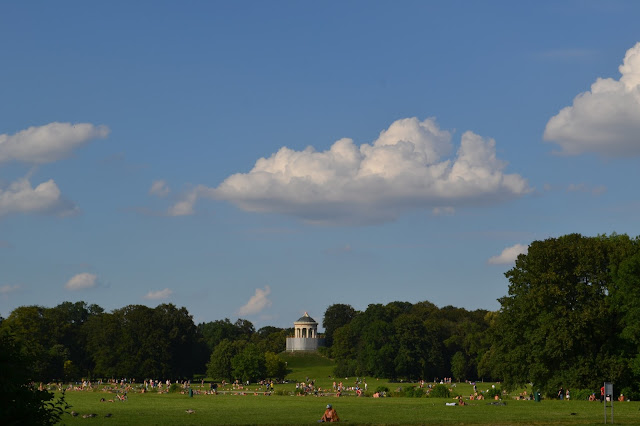 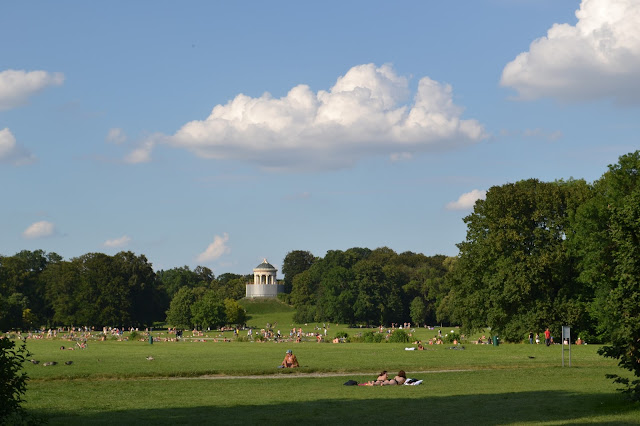 The Chinesischer Turm or Chinese Tower was built between 1789 one 1790 at 25 meters tall, however this tower replaced the original after it burnt down in 1944 after heavy bombing. 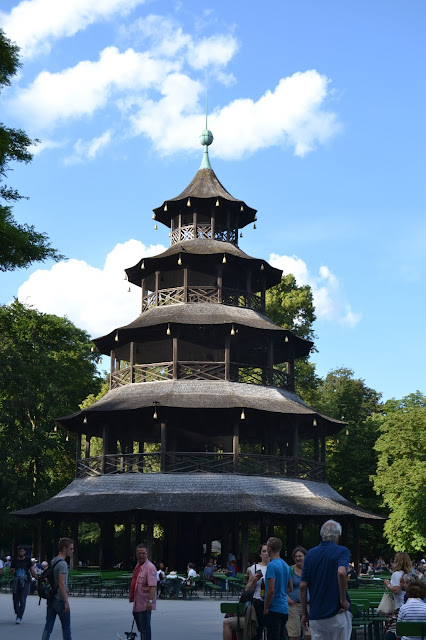 No excuses needed for a beer, served in 1 litre glasses, accompanied by lunch of pork knuckle, which was delicious at the Mini-Hofbrauhaus. 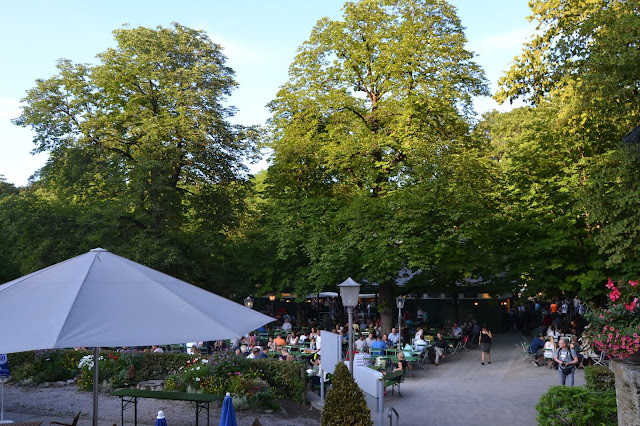 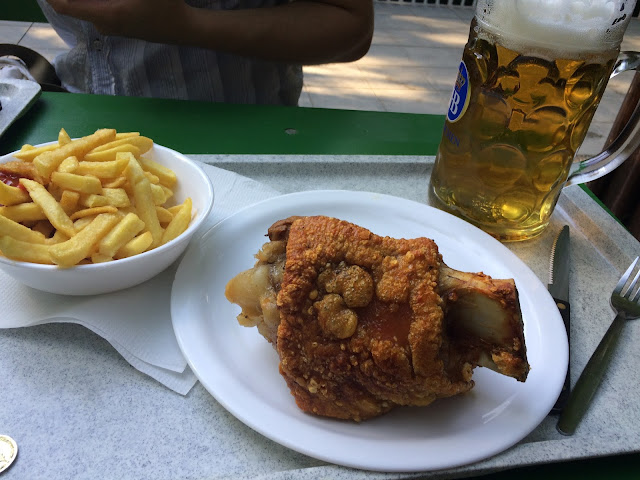