Soft Play in Dubai, for Dogs

Free play sessions for Large Dogs was advertised on Facebook. Poor #BobTheDog keeps picking something up when we visit the lakes in the desert, it's either something in the water or in the sand and undergrowth. He spent a few weeks wearing the Cone of Shame to stop him nibbling and scratching the areas. So when we saw this we decided we would go.

When we've gone to these places in the past they've been in large warehouses with space for the dogs to run on artificial turf and a swimming pool. So on arrival at ABVC we were surprised to see we we'd taken Bob to his first soft play session.

You should have seen the look on Peter's face. 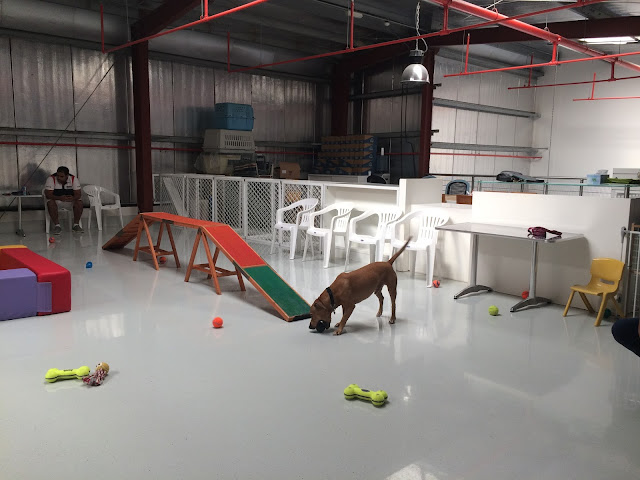 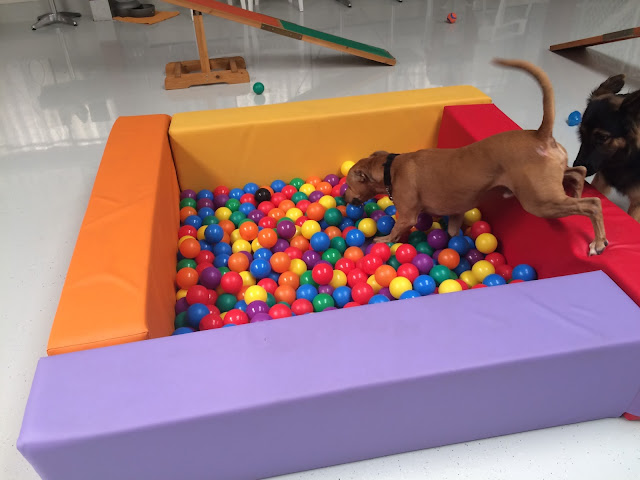 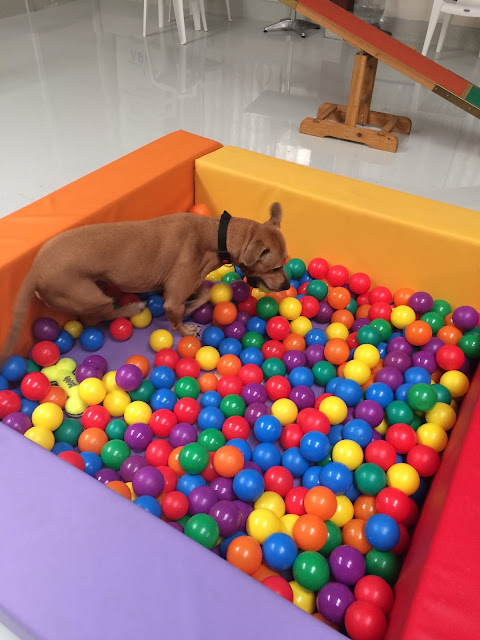 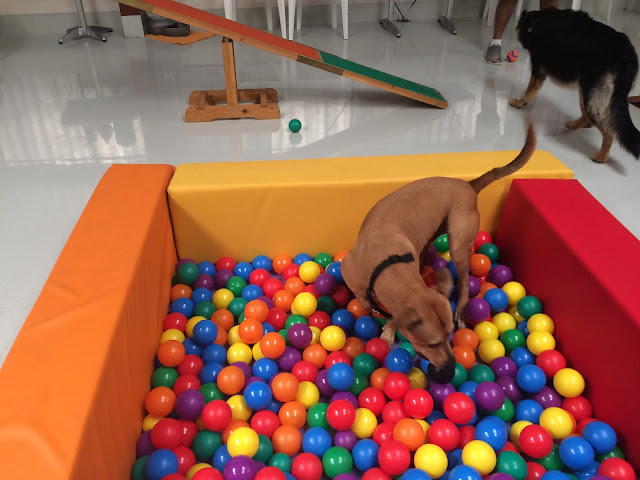 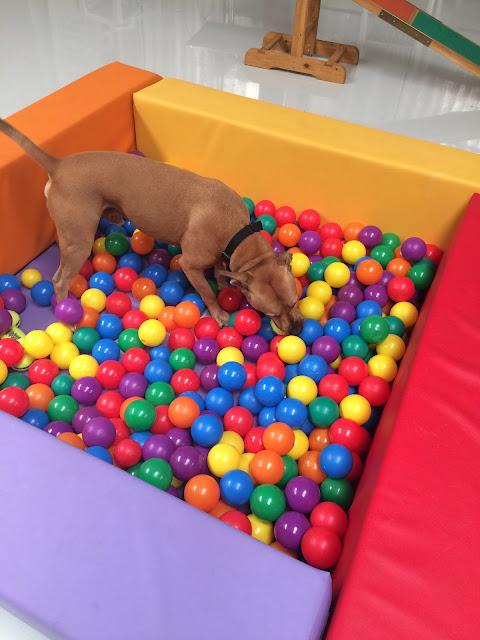 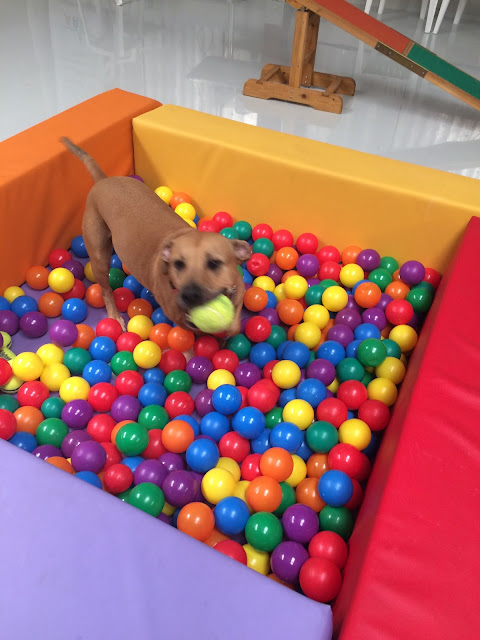 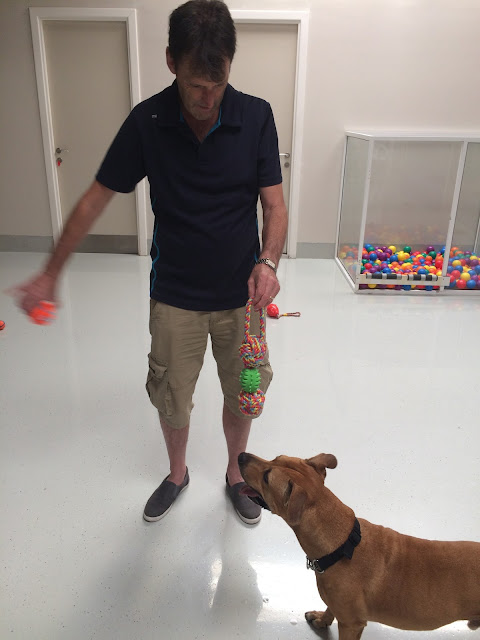 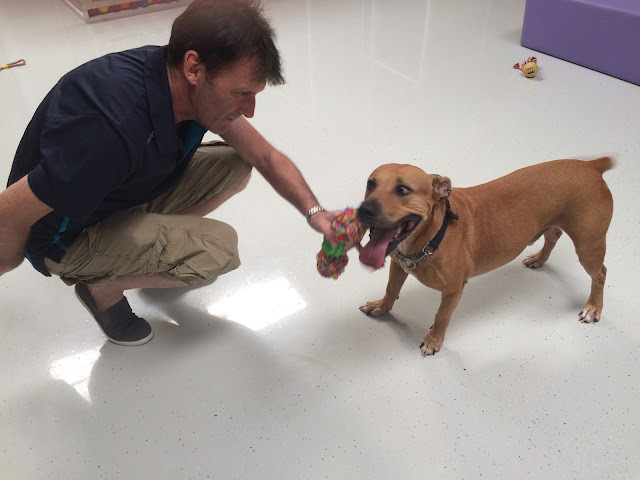 There was only one other dog there when we arrived, 5 in total during the time we were there. Bob had a fantastic time, he was diving in and out of the ball pool, we attempted the obstacle course and it was funny watching Bob run after the ball on the tiled floors.