I know this isn't a garden I've taken photo's of, but it's outdoors and living in Dubai, being outdoors isn't something anyone does between mid May and Mid October.

City Walk is just up the road from us, off Al Wasl towards Dubai Mall. It's also a short trip on the bus for us.

I've been up there a few times, but this was the first visit since the new area was opened a few months ago. It's a mixture of indoors and outside dining, shops, activities, open space, water fountains and art.

It was still a bit hot to be walking around in the day in September and despite driving past every day, to and from work, I can't see myself popping in their too much as it's aimed at the high end of the market in regards to it's shops and although it has a large car park, both above and underground, it's not that convenient to stop off at, especially in rush hour an a couple of U turns involved. It is also the  main route to and from the Dubai Mall, which is the largest Mall in the world.

We'll probably visit a bit more in the evenings once winter kicks in, but I imagine it'll be very busy as apart from Box Park there aren't many other shopping and dining areas near us. 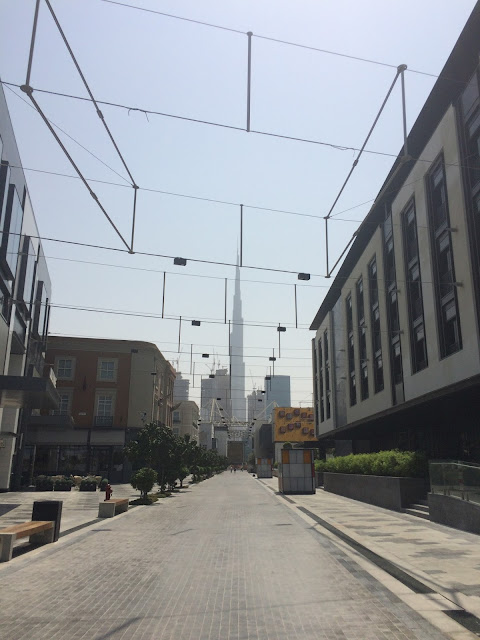 From the car park 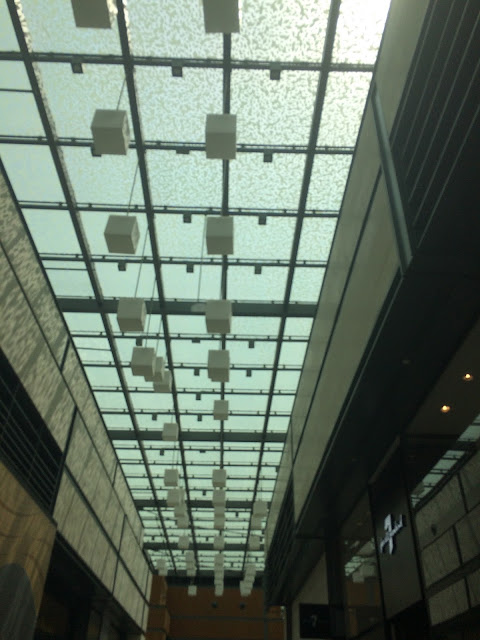 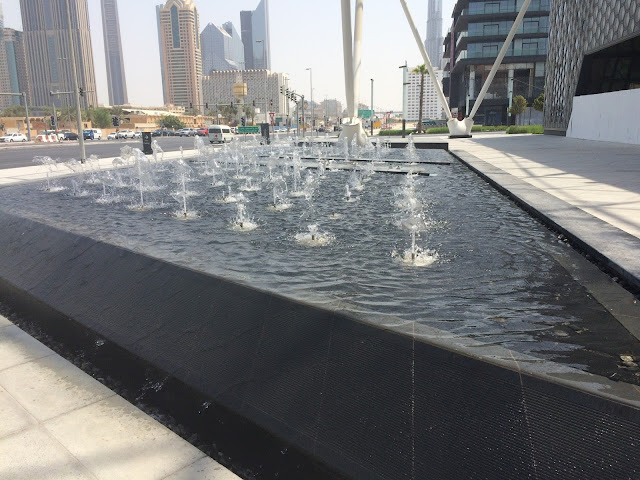 One of the many fountains 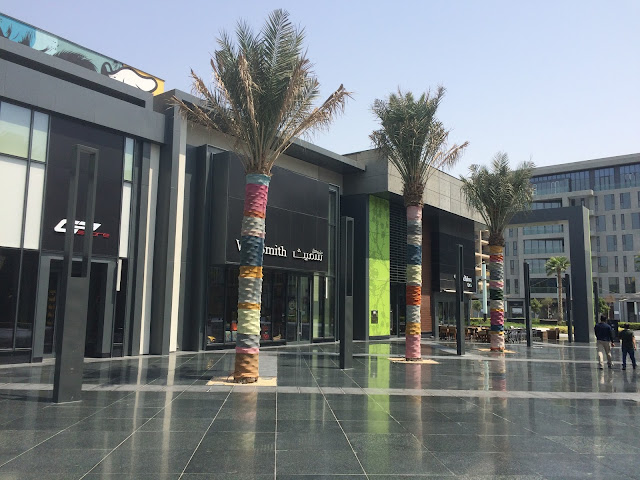 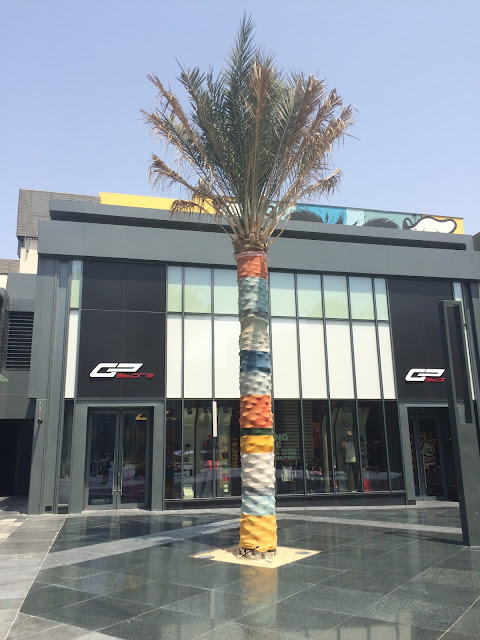 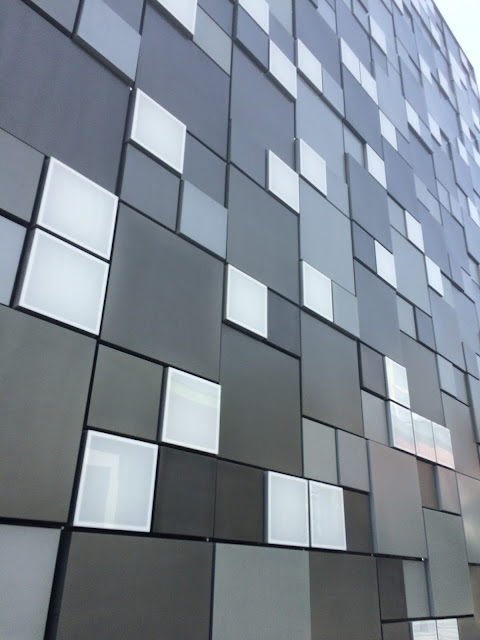 The architecture is stunning. 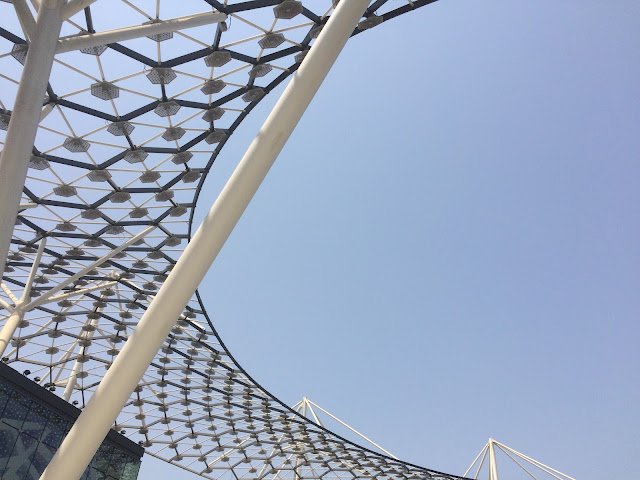 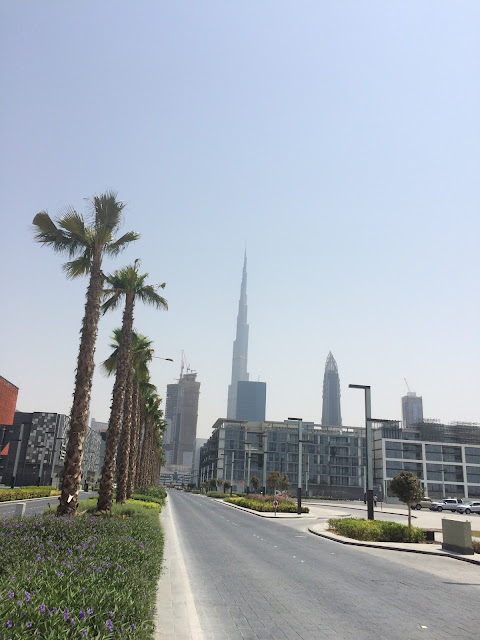 The views are pretty spectacular too. 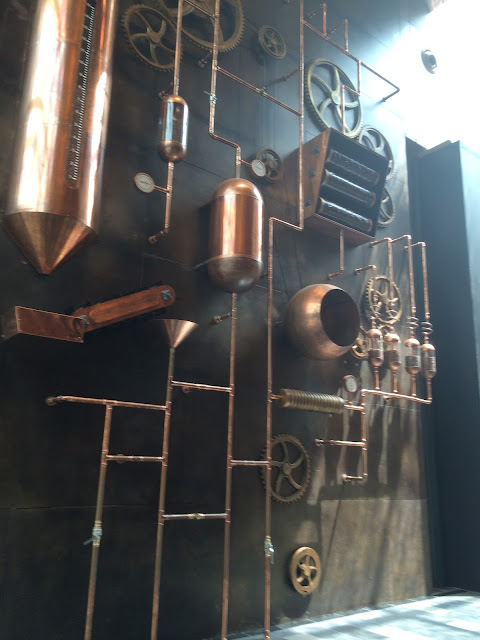 Inside the chocolate factory, we had chocolate butter on our breakfast toast. 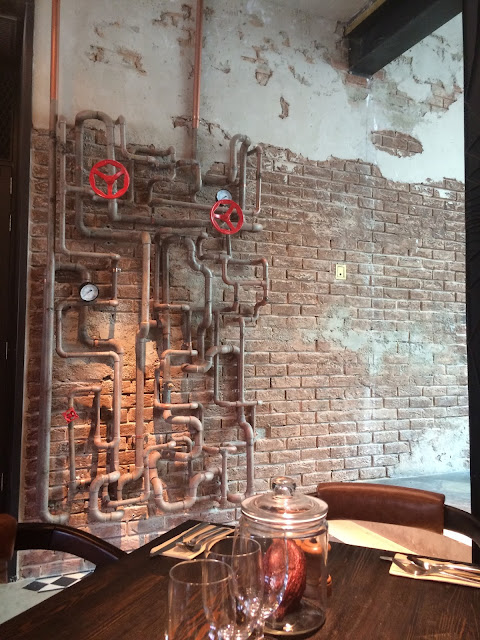 There are some fantastic pieces of art around but no information on what it's all about or who the artist is. 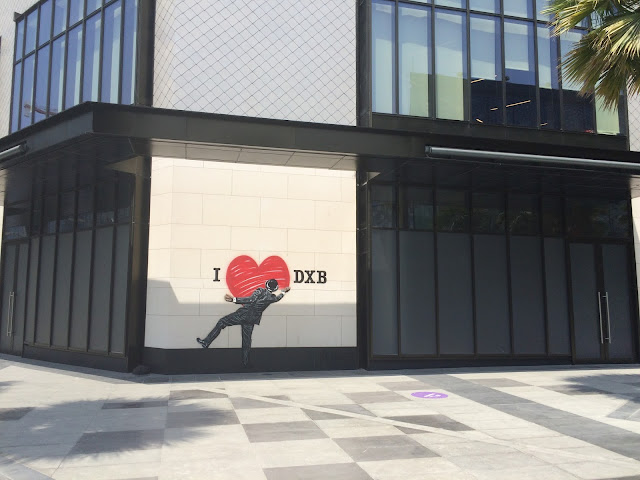 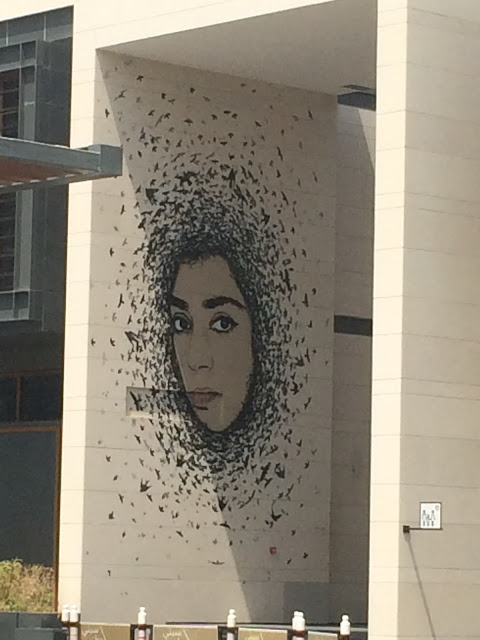 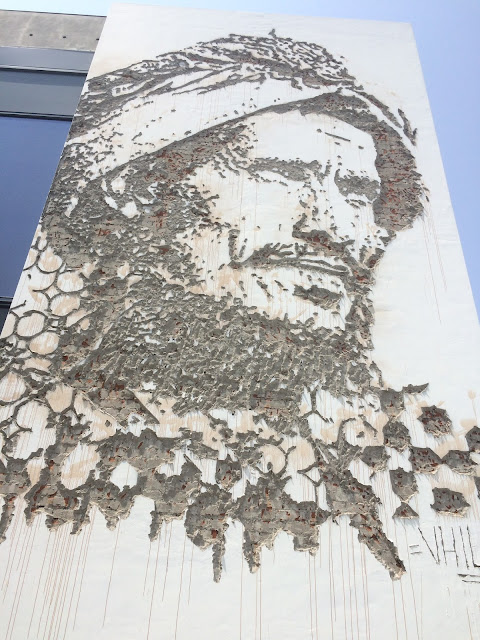 I'm saving my visit to the indoor Rain Forest until my mum visits in November and I'm sure she'll pop up here on the bus on the days we're both working. 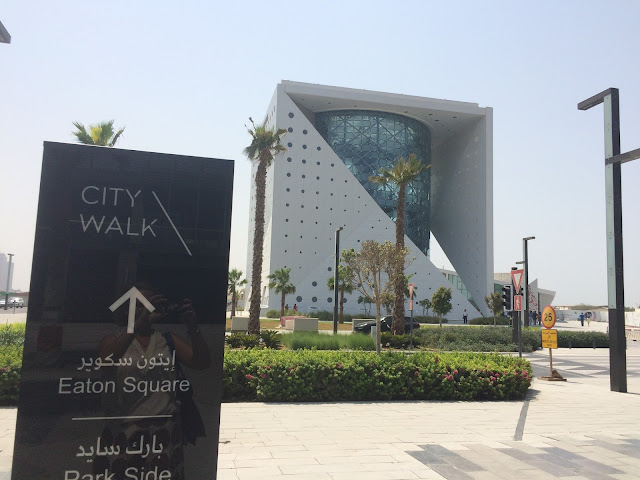 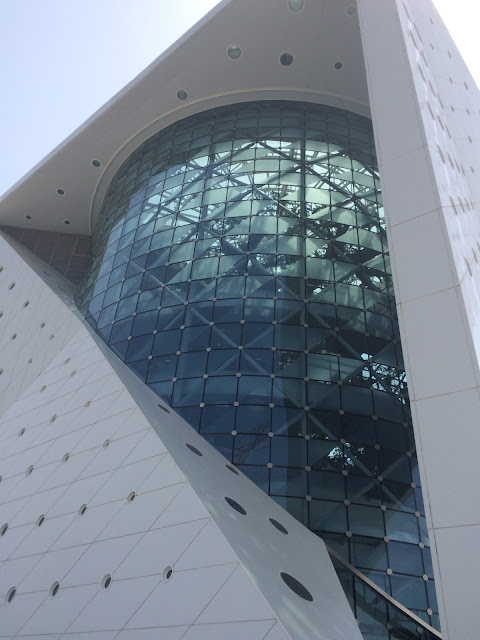 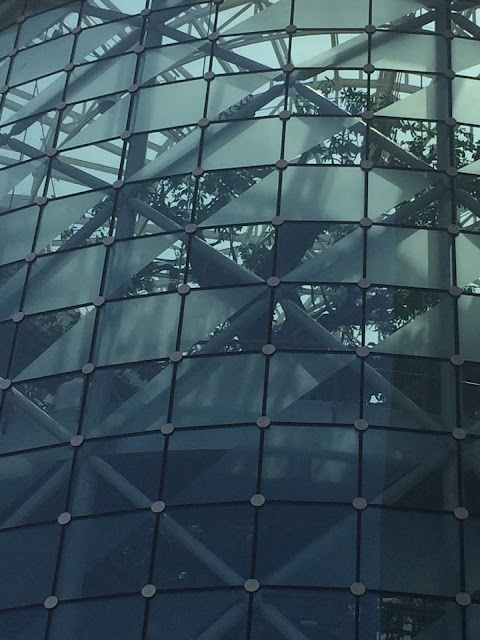 My patch of sand in the garden is sadly neglected, we did tidy out the shed over the weekend and recovered the garden tools and pots and located all the packets of seeds. The temperatures are now below 35c in the day and dropping as low as 24c over night so I can begging to plant some seeds now it is cooler for them to start geminating. Last year I did this in June and July as I kept the seedlings indoors, but I spent the summer in the UK and being flat out with work, I just haven't had the time or inclination to be dealing with tidying up the mess.

The school gardening club is going well, this week we experimented with growing cress seeds on different surfaces and talking about what we think will be the best for them to grow on, we also planted sunflower seeds which the children have taken home with them to look after. We have tomatoes and peas growing nicely in pots and the children have enjoyed decorating plant pots, making plant labels and just generally getting their hands in the compost bag.