In the night garden Week 116 My Sunday Photo and HDYGG? G is for Gardening

Raised sandpit at the front of the house. 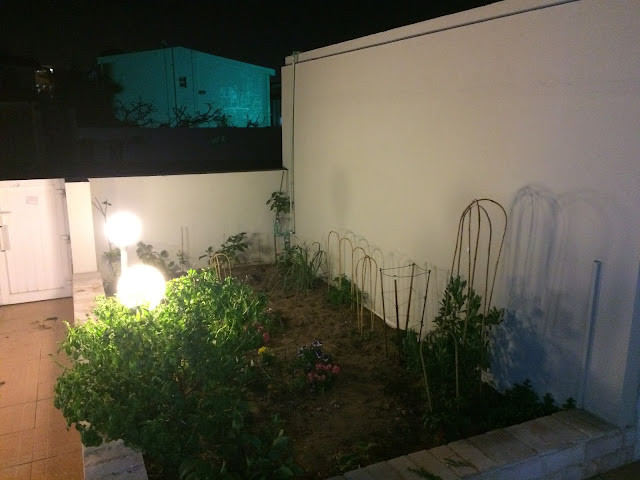 
Larger sandpit to the right of the villa. 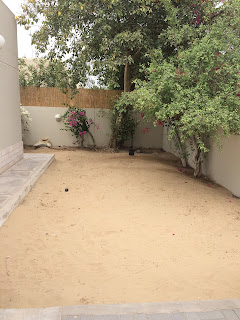 The villa is painted white and the gardens are walled around 5-6ft tall, there were only bougainvillaea planted in the garden when we moved in and little else.

The first year we were here I decided to experiment with the weather and growing plants directly into the sand and I managed to germinate and grow marigolds, tomatoes and a variety of other plants and vegetables.

Last year I didn't experiment as much, as I was working, but I did grow basil from seed and nasturtiums.

This year I've been more adventurous and I'm growing accidental potatoes. I attended a gardening demonstration and organic seeds were being handed out, I managed to germinate them, as well as squash and aubergines. I say 'accidental' as I had no idea what was in the packet I received. So far we've harvested 2 aubergines and had them for dinner on Friday night in a curry.

I've also grown this year, from seed, the following:

March in Dubai is Plantation and Park month, celebrating the opening of 5 new public parks in Dubai and green spaces. To mark the 33rd year of this scheme, free plants were being handed out around parks in Dubai. I now have several trees, 2 of which will yield lemons, several shrubs, some strawberry plants, bedding and ground cover. 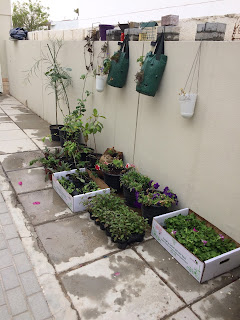 I spent Saturday from midday till 10.30pm levelling sand, digging, planting and watering. 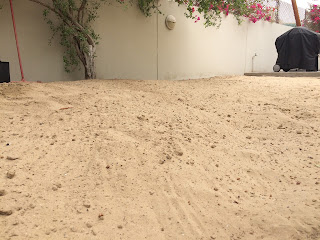 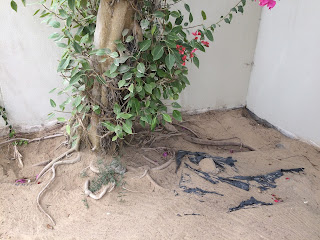 Digging a hole in the sand was actually harder than you'd imagine, the sand is so fine it just kept refilling the hole. 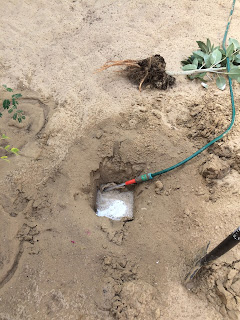 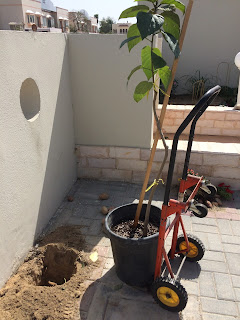 I have no idea if what I've planted will take, I am unable to identify the trees but I was told that they each produce a different colour flower, red, yellow and white.

There was a lot of cleaning up to do afterwards, which I'm ashamed to say I left mainly to the gardener, well you can see from the 'before' pictures there really wasn't much for him to garden anyway. I washed the patio, walls, windows and got all the garden furniture set up as I intend to spend most of my week sitting in the garden, as it will be too hot to enjoy very soon. 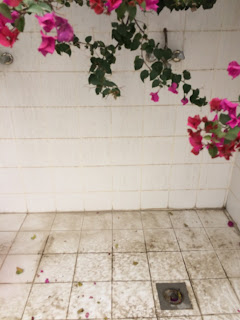 This is the end result, I will be in the UK at the end of the week, so I'm hoping that between Peter and the gardener they will water the plants for me twice a day and I look forward to seeing the progress on my return at the end of April.


Left of the villa. 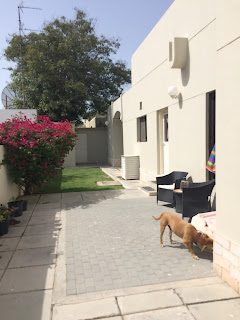 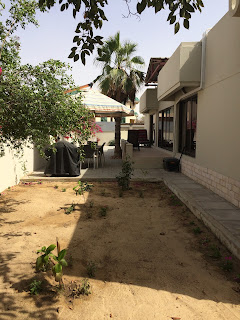 Right of the villa. 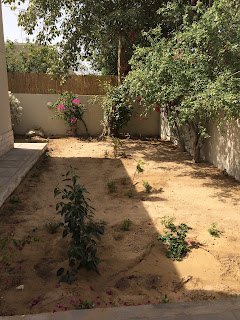 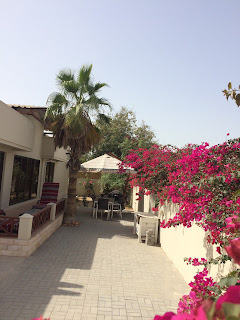 Front of the villa. 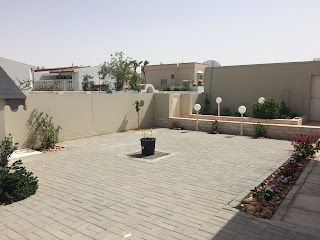 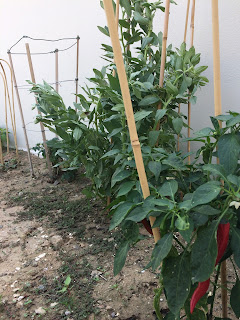 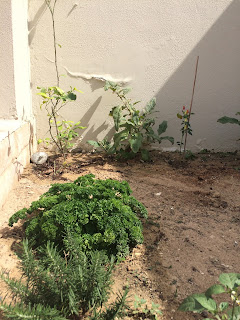 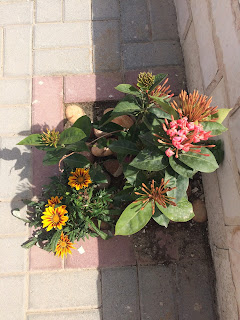 Do you have a garden or an allotment? What do you grow in it? Have you faced the challenge of gardening in the desert and planting directly into the sand?