I used to be a soccer mum. 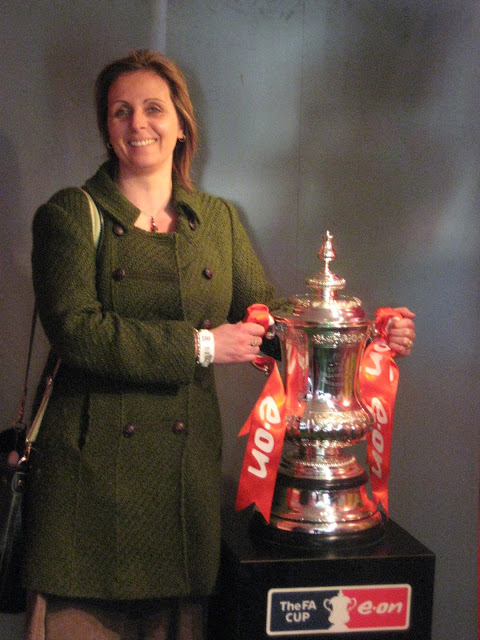 My eldest started playing football aged 5, for Forest Rangers in Cinderford in 1997, the middle child joined him in 1999 aged 4 and for the next 14 years, I spent 2-3 evenings a week sitting in car parks at training and weekends spent locating fields in the middle of nowhere for matches. 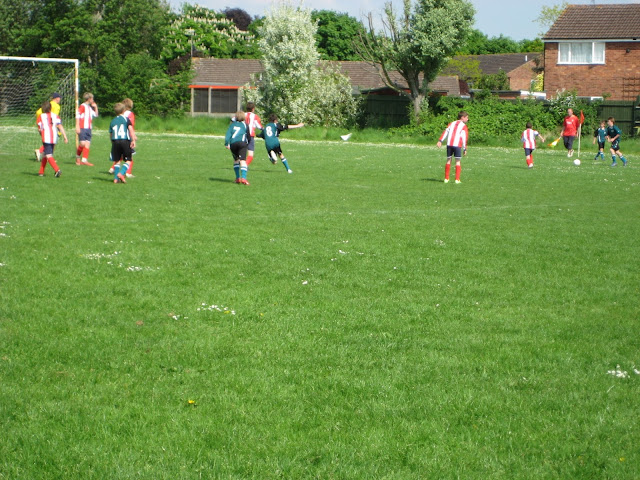 My career as a soccer mum came to an end in 2013 on the side of a pitch in South Africa, when the middle child declared he was no longer fussed with football and was concentrating his last 2 years in school on cricket and rugby.

I cannot begin to image the number of hours or the mileage I've driven, the time and cost of getting lost, even in convey. The rain and snow storms I've stood in, the number of times I've dug holes in the pitch to drain the water. The cups of teas and bacon butties made at home games, first aid administered, meetings attended, training, lifts given, the amount of subs collected or the money raised and the time spent organising presentation evenings. The kit washed and boots cleaned and tears dried when games were lost. I was never just a spectator. I dread to think how much we've paid for kit. 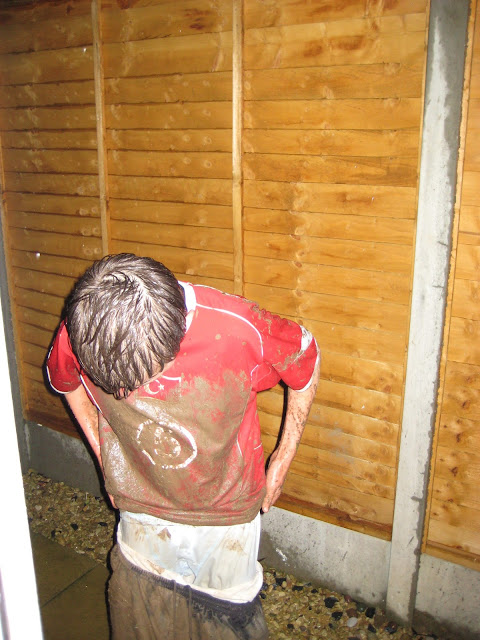 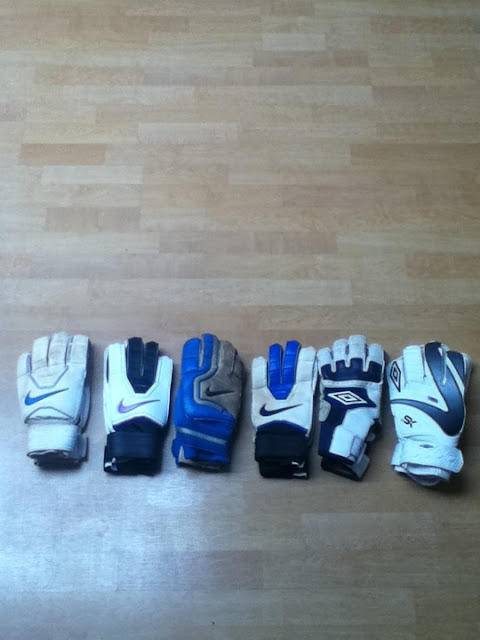 The boys have played football and/or referred in the Forest of Dean, Malvern, Birmingham and many, many tournaments around the UK. There have been trials, there have been holiday clubs and middle child spent 2 years training with Birmingham City. 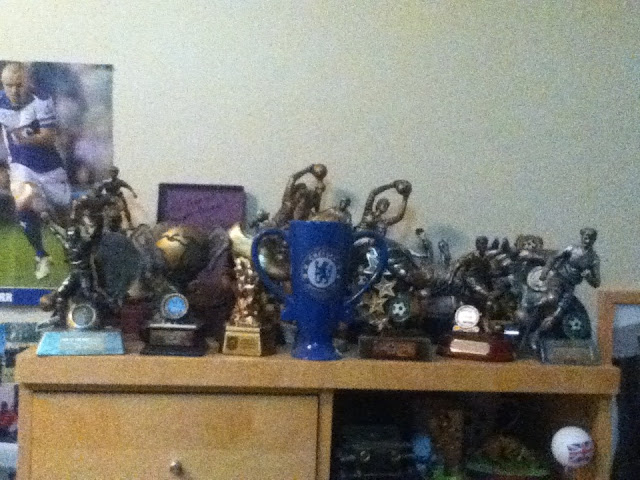 As well as supporting the kids playing football we've attended professional matches around the UK, mid week and weekend games to Manchester, Arsenal, Birmingham, Southampton and Wembley. We've seen England qualifiers and FA Cup finals, as well as promotions and sadly relegations. We've appeared on Match of the Day more times than we can remember. We watched Spurs play at Ellis Park. 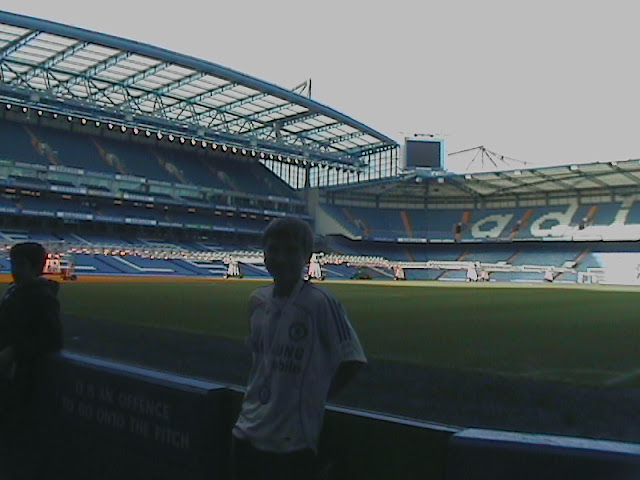 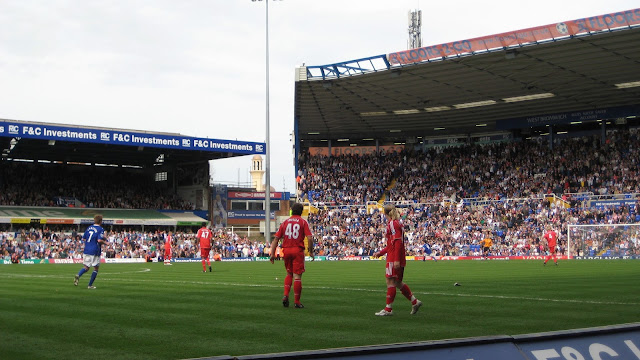 Promotion back to the Premiership 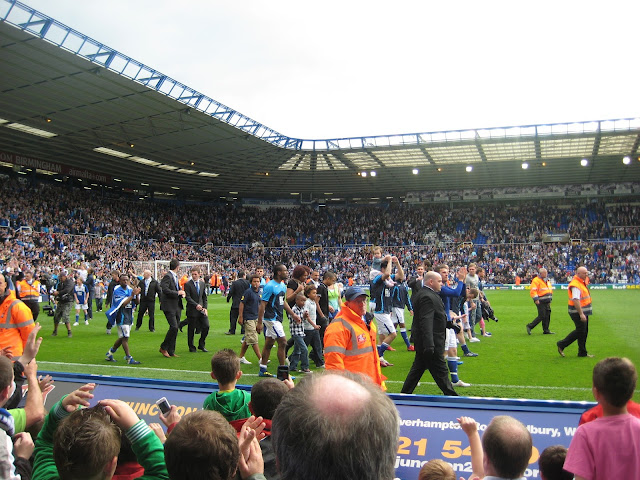 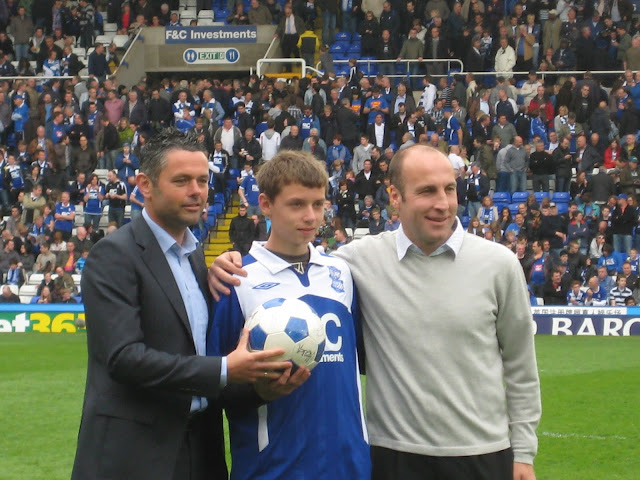 Wembley and a close up of David Beckham. 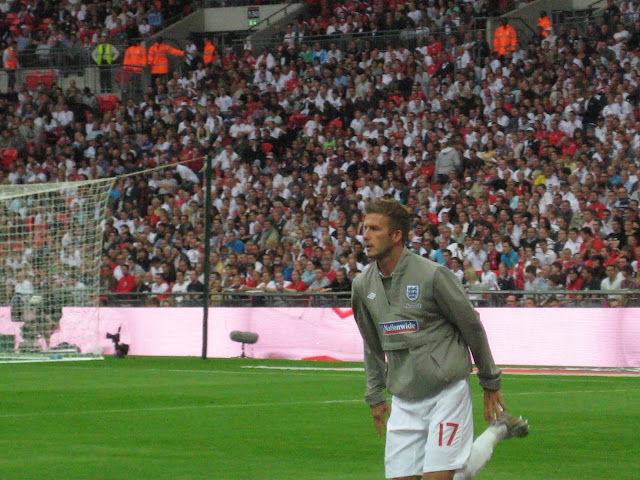 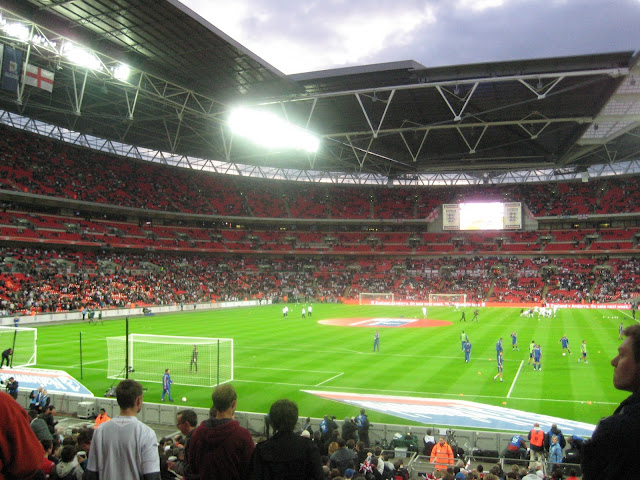 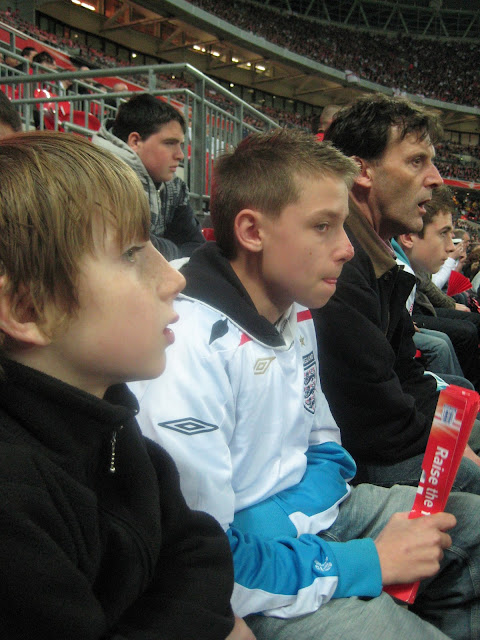 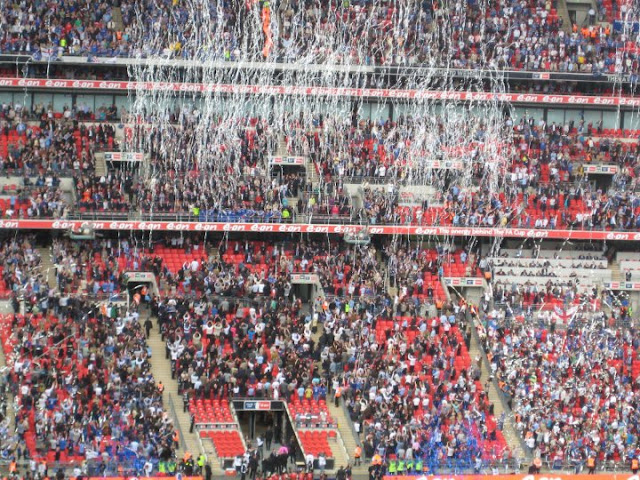 Ellis Park and the vuvuzela. 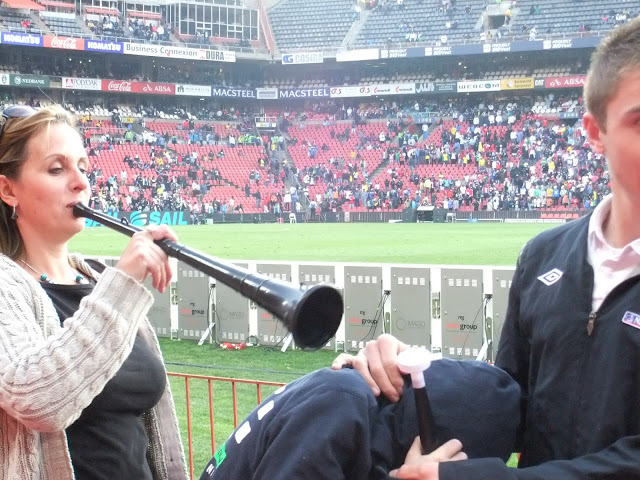 My typical week was spent at work every day. Eldest child had local matches he referred on Tuesdays, Saturdays and Sundays in adult leagues, Training on a Friday and matches on Saturdays. Middle child had local training on Tuesdays. Training in Birmingham on a Wednesday night and Saturday morning and local matches on a Sunday afternoon. I usually juggled getting the boys to their venues, either organising lifts or driving between local matches. Local meant within a 30 miles radius of home and often at opposite ends of this radius.


Sponsorship with McDonalds and local and national trophies won. 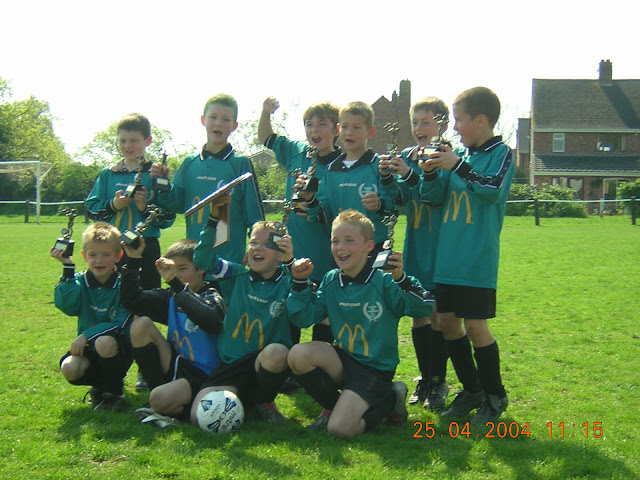 There was a core group of around 6 kids who played in this team for 8 years. 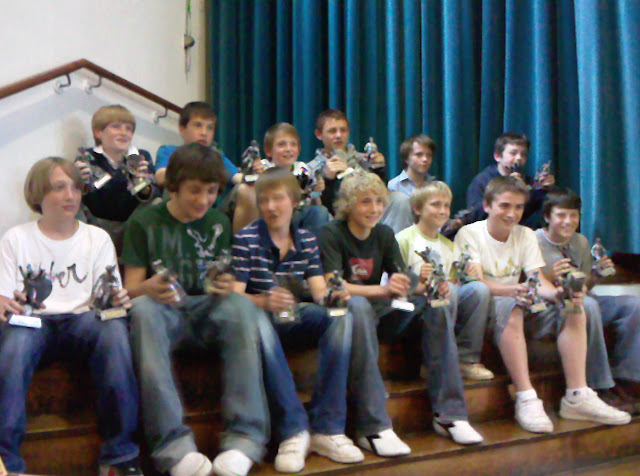 With Geoff Hurst and Eric Harrison 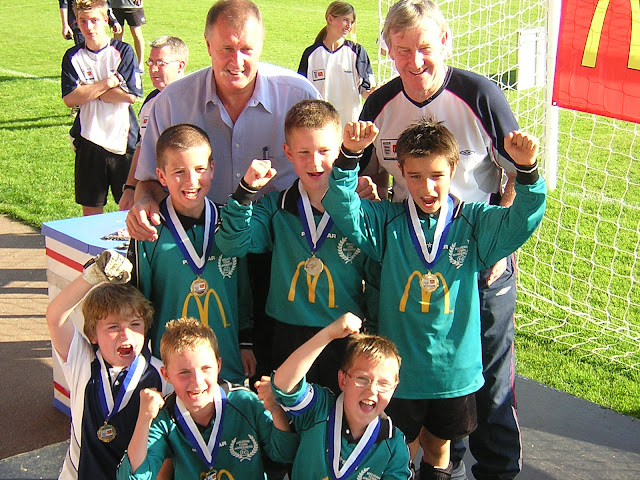 Being the goalies mum is nerve racking. 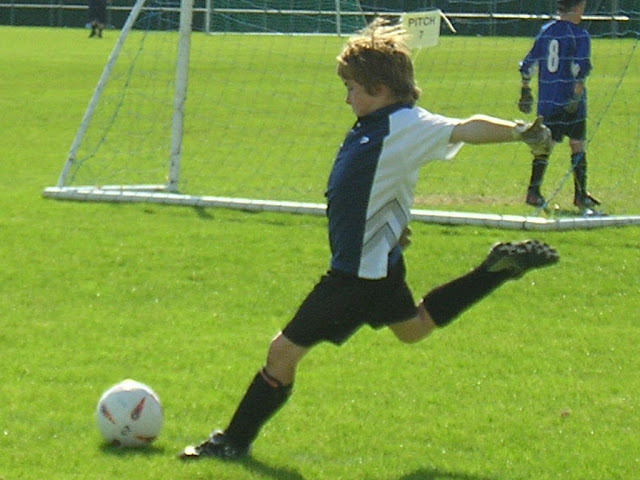 The last 2 years as a football mum were spent in South Africa at Tuks University in Pretoria. this involved Fridays and Saturdays at training where I was the only soccer mum who stayed for the 2 hours, with a book, a flask and enjoying a walk around the grounds.

For many years our lives as a family revolved around football, playing, watching, supporting, fundraising and I even worked for the local FA for 2 years.

I get to Birmingham City when I'm in the UK with  a combination of kids, with hubby or on my own. I miss the football and the way of life, the socialising, the training and the matches. At the time it was hard work and very time consuming, but a great way to spend time together as a family.

How do you spend your family time?