The Kymin, Museum and Admiral Nelson Gardens in Monmouth.

I've never understood the link with Lord Admiral Nelson and the Kymin as a Naval Temple in Monmouth. Although Lydney Docks are a mere 15 miles away over the boarder in England, there was no Naval Dockyard in Wales until 1815 in Pembroke, some 10 years after Nelson's death and the HMS Victory was built in Chatham Docks in Kent.

However the nearby Forest of Dean was declared by Lord Nelson to be the 'finest timber in the kingdom'.

Nelson visited Wales to visit Sir William Hamilton and tour his Pembrokshire estates in 1802. The Kymin at the time was a hunting lodge.

At this point Nelson and Lady Hamilton the wife of Sir William, had been having an affair for 4 years.

The Kymin was reached up a very steep and narrow, windy road, it was a nerve wracking drive but worth the trip up the hill for the views alone. 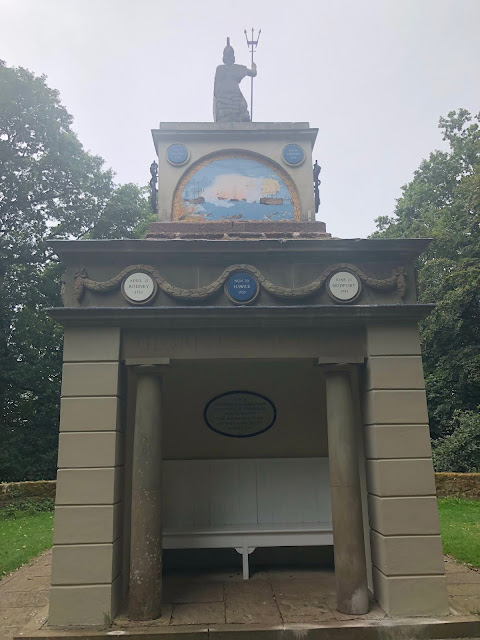 View from the Kymin of Monmouth 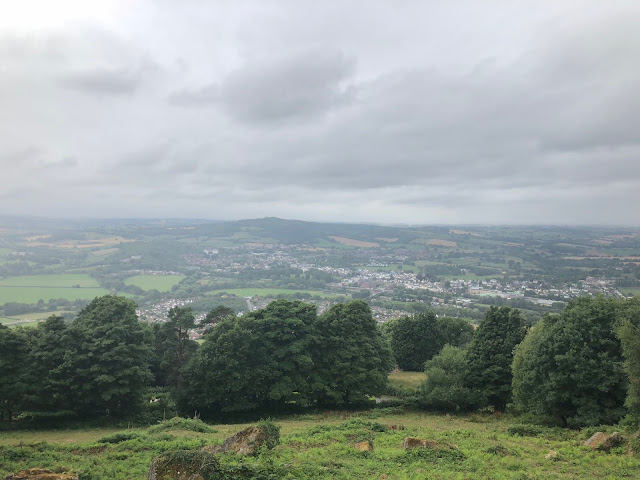 Originally a hunting and picnic lodge, an extension was built for someone to live in to look after the property, it's now owned by the National Trust. 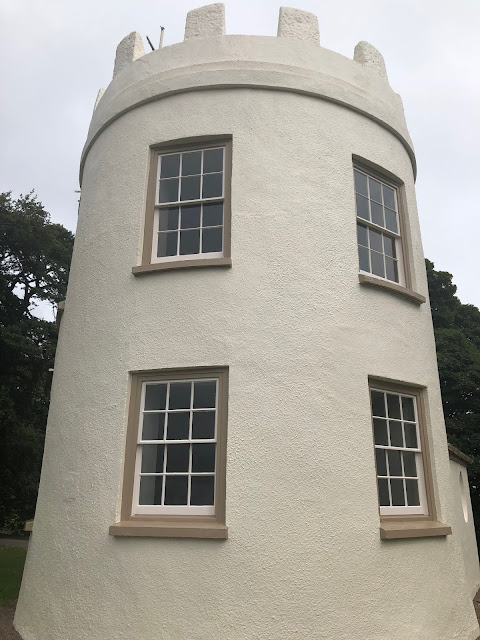 Nelson Museum located at the top of town in the Old Market Hall. Entrance is free and there is a magnificent collection of Nelson material. 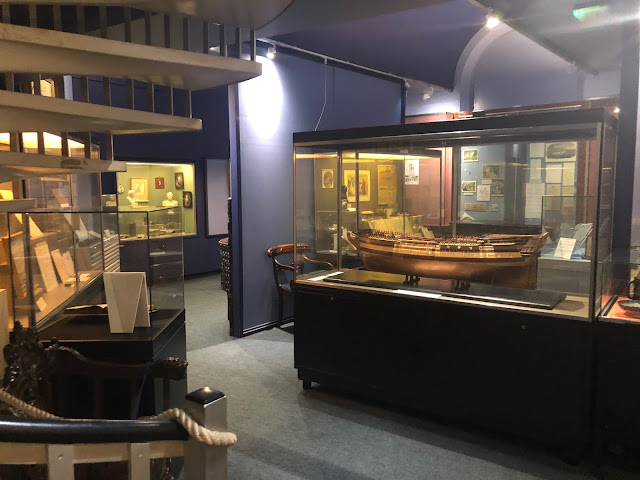 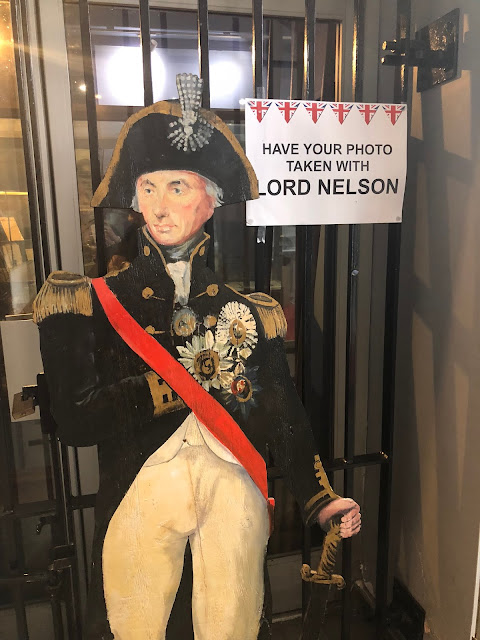 The Nelson gardens are one of Monmouth's hidden secrets, located behind lloyds Bank off the high street. It can also be approached via Chippenfield Park which used to be a race course. 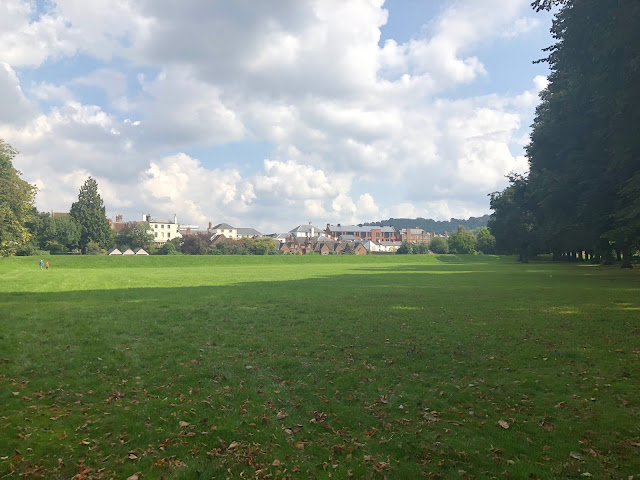 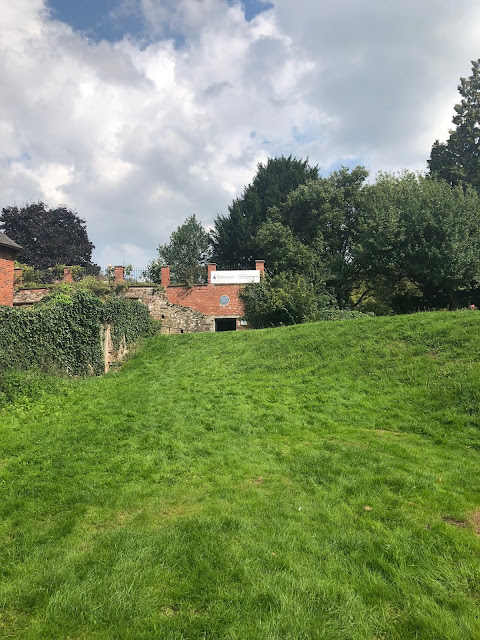 Entry is via a10ft-long tunnel leading to the base of the old town wall, which formed the perimeter of medieval Monmouth 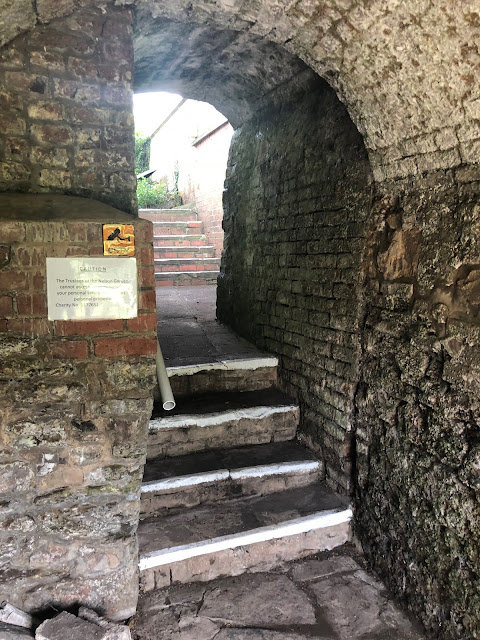 It was originally the site of a tennis court in the 17th century and a bowling green in 1718.
Further Roman and Norman remains are thought to be buried deep beneath the lawn. 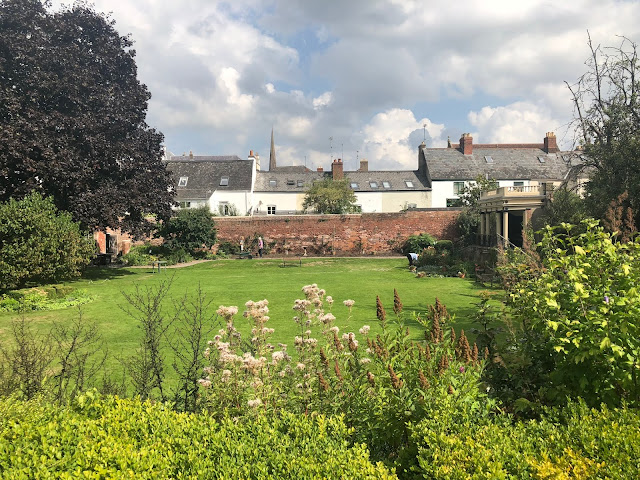 Maintained by a team of volunteers there is plenty of information to be discovered as you walk round the garden from the people working there and information panels. 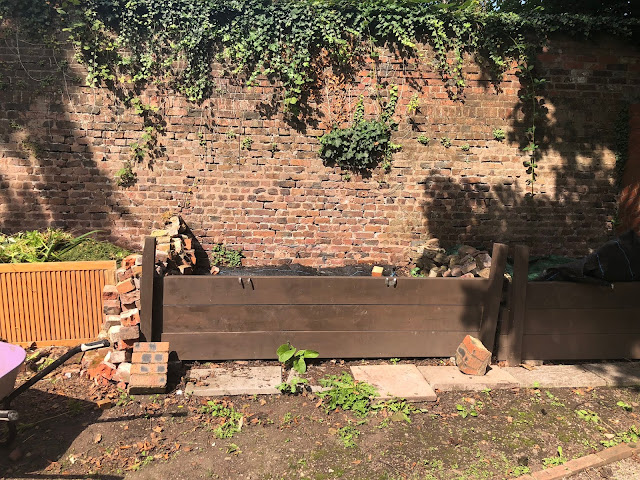 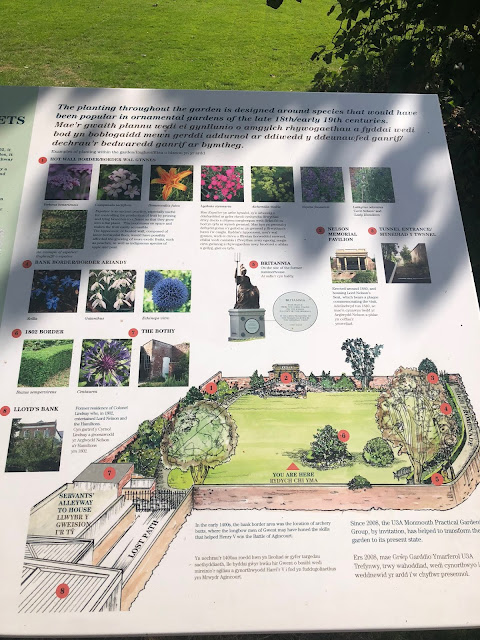 The gardens feature a hot wall, heated by hot water in pipes to encourage more exotic plants to grow. 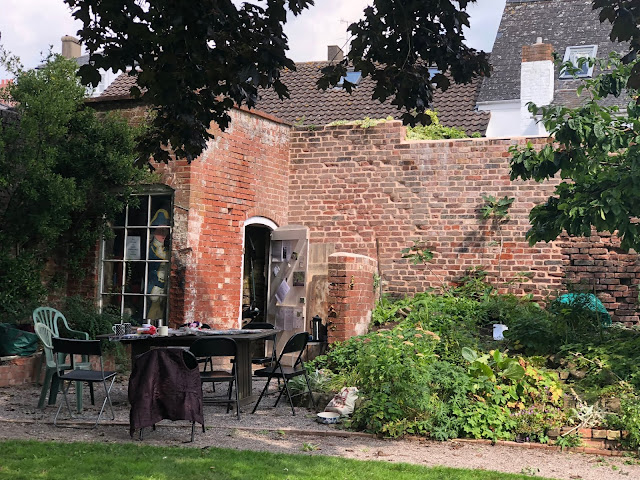 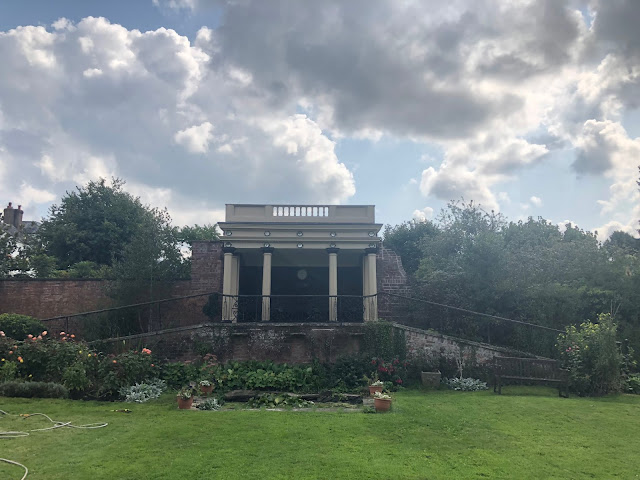 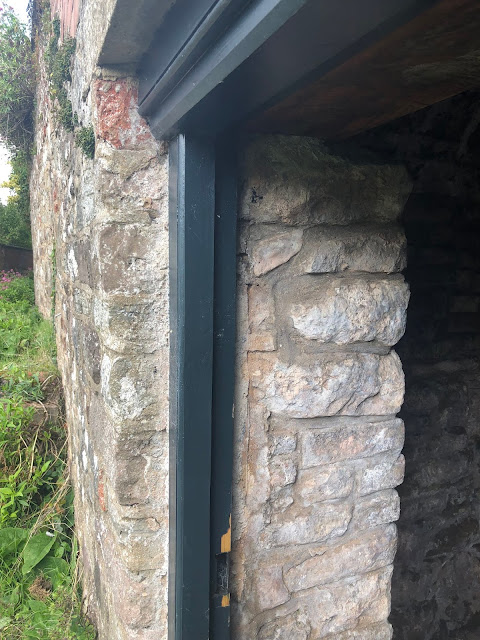 There's a lot more to see in Monmouth including the Castle which was the birthplace of Henry V and the Llangattock family whose son Charles Rolls was joint founder of Rolls Royce.
Posted by chickenruby at 07:00:00