How to be a spotter on the European Tour

The European Tour was in Abu Dhabi last week. I worked as a volunteer marshal. I had no idea what my role would involve, but I did have some experience from the Race to Dubai tournament back in November, where I worked as a travelling marshal in the Pro Am, escorting players around the course and managed the 1st tee.

In Abu Dhabi this week I took on a new role as a spotter as well as working as a crossing marshal and on the 16th and 18th tee. 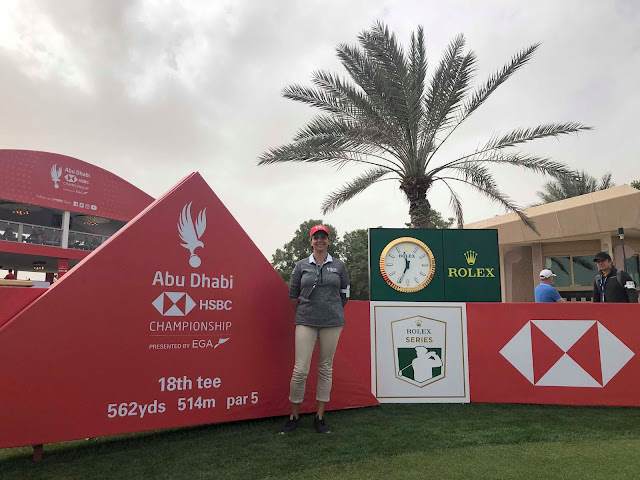 A spotter's role is to move ahead of the players and estimate where the golfers ball may land, based on the average hitting distance and keeping a close eye on the tee marshal who indicates whether the ball has gone in a straight line or gone wide.

This means standing in the line of fire, in sight of the tee so the golfer can see where their ball has landed and marking the ball if it's gone out of play or in the water hazards. It's important to note where the ball hit the water and whether it bounced on the ground first and rolled in or not. 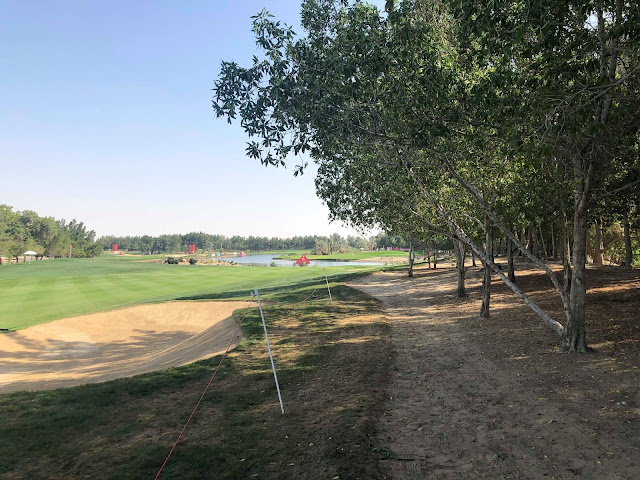 Often the ball lands directly in the longer grass around the fairway and is difficult to find.

And if it lands in the undergrowth it can be impossible to find, in which case a referee is called for. 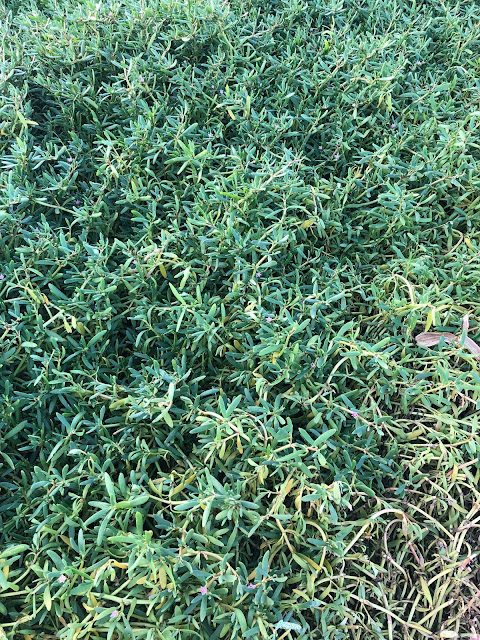 The group of golfers I walked round with spent a lot of time in the bunkers and the water hazards. I felt mean pointing to where their ball had landed, in bunkers, undergrowth, out of bounds and under cacti.

Play was slow on Wednesday and Thursday and instead of spotting I had to do 'listening' as the sun was low and I couldn't see the ball in the air, let alone know where it had landed and it was pot luck for one golfer that I guessed his ball had landed in the water. 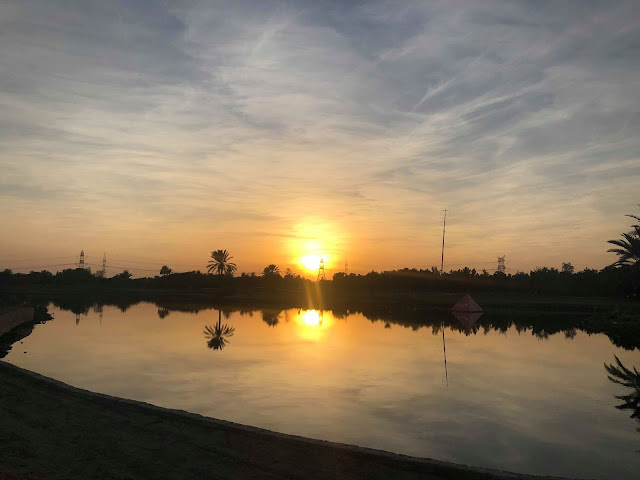 I didn't actually see much golf being played, but I did see all the golfers either play through from the fairway or walk onto the tee. I was there to manage the crowd so had my back to the golfers during each shot.

I did meet some amazing people from around the world and met up with marshals who I recognised from Dubai.

Next up, the Omega Desert Classic this weekend, then I'm taking a break from the golf as it leaves the UAE until November. I may volunteer at the Nedbank Challenge in Sun City South Africa if I can time my travels. In the meantime I'm applying to the Rugby 7's and the Abu Dhabi grand prix as well as the special olympics and Expo 2020