I've travelled a bit further a field this week to Malvern and Bath to visit friends.

It's been commented on quite a bit that I'm lucky to have lived in one place for so long to make so many friends, however the friends I've visited to date all live within a 10 mile radius of where we have our UK base in Monmouth, a place I've never actually lived in before, but it near to a former home I had when the 3 boys were young in the Forest of Dean, we only lived here for 8 years (the last two of which I met Peter. We've just all remained close and over recent years I've met one or two people in this area on twitter who have now migrated to real life meet ups.

From my birth in 1971 up until the birth of my second child in 1995, I'd lived in Newport, Leicester, York and Herefordshire in various locations. After remarrying we moved to Malvern for 8 years before going onto South Africa and our current home in Dubai.

My MIL lives in Bath and I have a friend I met online there also.

As a consequence of all the moves I don't actually come from or belong anywhere. The children list their home as where they currently live which is Australia, Northern Ireland and 3 in various parts of Gloucestershire.

62 Sunday Went with mum and child 3 to the retail park for a few hours, it poured with rain and we met my nephew at the Celtic Manor for lunch. Called in a friend's house for the evening as I heard there was cake baked by her 11 year old daughter. 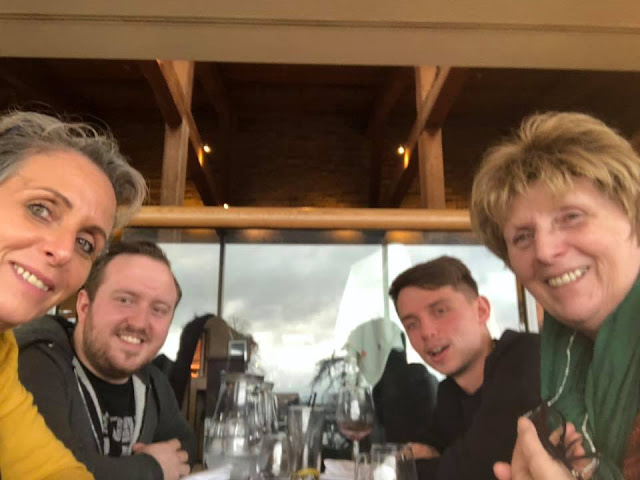 63 Monday Drove to Malvern for 9am, visited the Estate Agents to sort out a few issues with the house and tenants and visited a friend for the afternoon, in the evening I visited another friend, we went out for dinner and I stayed over night. Received the sad news that my mums brother died this morning. 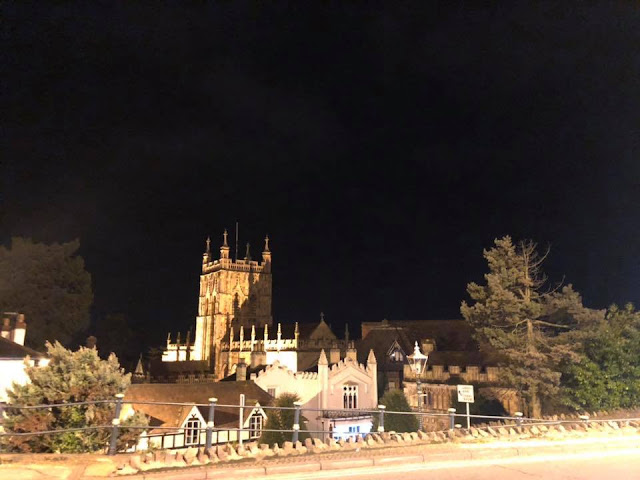 64 Tuesday After a relaxing morning and a dog walk around Malvern and a coffee I returned to Monmouth, via a visit with child 1 and a friend's mums house for a quick natter. 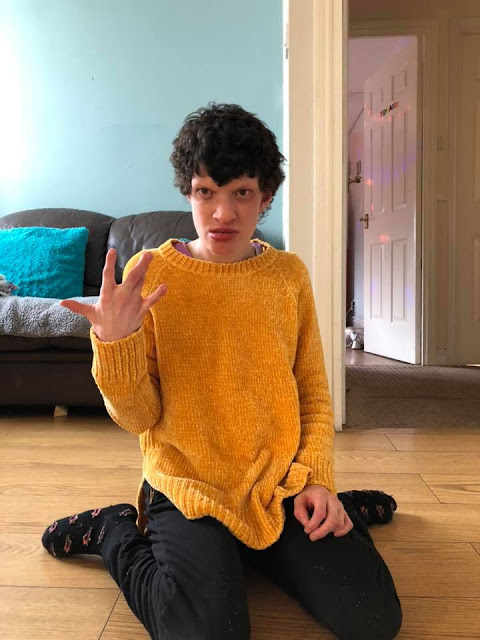 65 Wednesday Drove into Bath and met MIL for some shopping and lunch then to a friend's house for the night to catch up, eat dinner and drink a lot of wine. 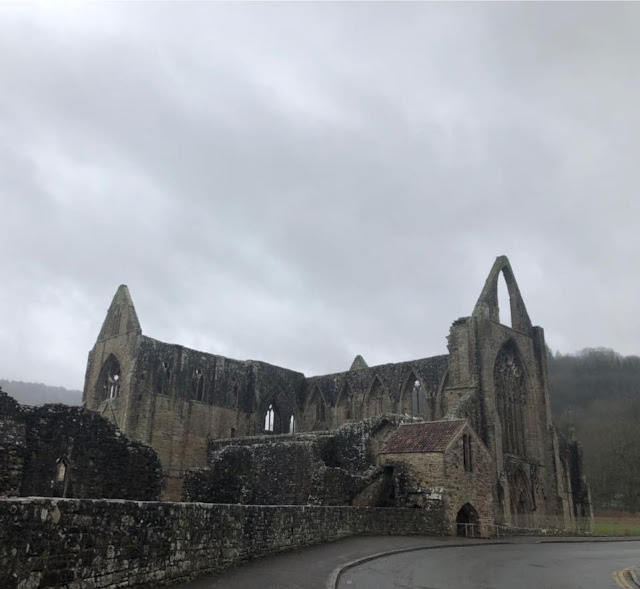 66 Thursday Had a nice lie in and left Gillians at 9am, sorting out British Gas contract and doing a bit a shopping on the way back to Monmouth. I spent the afternoon on paperwork and booking flights then went to a friends for tea. The flat above and below me are currently empty so no need to worry about when I put the washing machine on, on this visit which resulted in a late night for me. 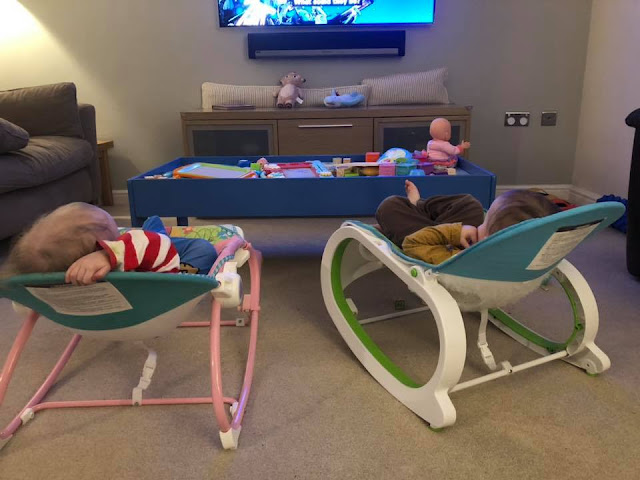 67 Friday met mum in the morning, had some banking and finances to sort. popped over to see my nephew and his partner to drop off a birth gift as I won't be in the UK (probably) when the baby is due. Then off to see child 2 and 2a who live in the same village.

Sorting gifts for Easter and birthdays while I'm away. 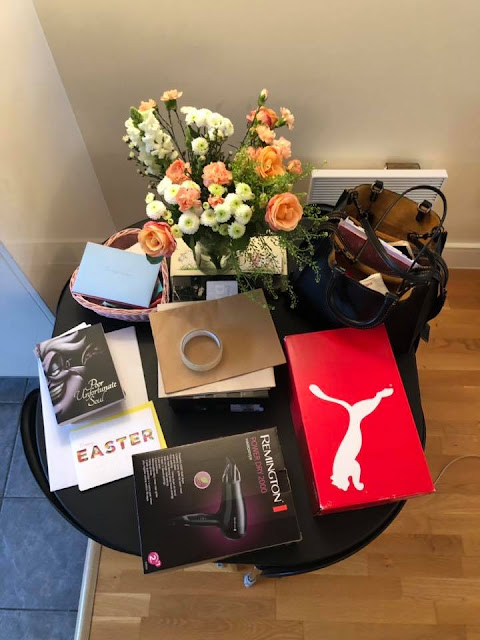 68 Saturday Took Mum to Cwmbran for the day shopping, received some exciting news from my niece and her husband that Thing 4 is going to be a girl. Out for a curry with a friend this evening. 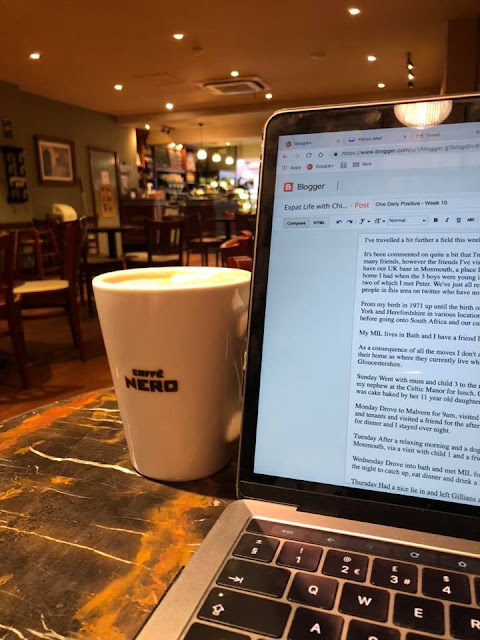 Around the house in Dubai for February and my pathetic attempts with #myhousethismonth
Going Green with the use of charity shops.
How do you measure your achievements? I've got a certificate for cup cake design in my kitchen.

You are invited to the Inlinkz link party!
Click here to enter
Posted by chickenruby at 15:00:00