Day out with my dog - Cogges Farm Park

I've had 2 visits to Cogges Farm Park since lockdown was eased. The first visit was an accidental one when out in Witley, Oxfordshire for the day distance walking with a friend from the London area. It was a half way point meet up for us. We discovered Cogges just walking round a corner and seeing they were serving coffee and had toilets we could use, we couldn't resist. We didn't actually go in the farm as I had Bob the dog with me, but after booking tickets online for a few weeks later to meet another friend with her son there, I discovered dogs on leads were allowed in. 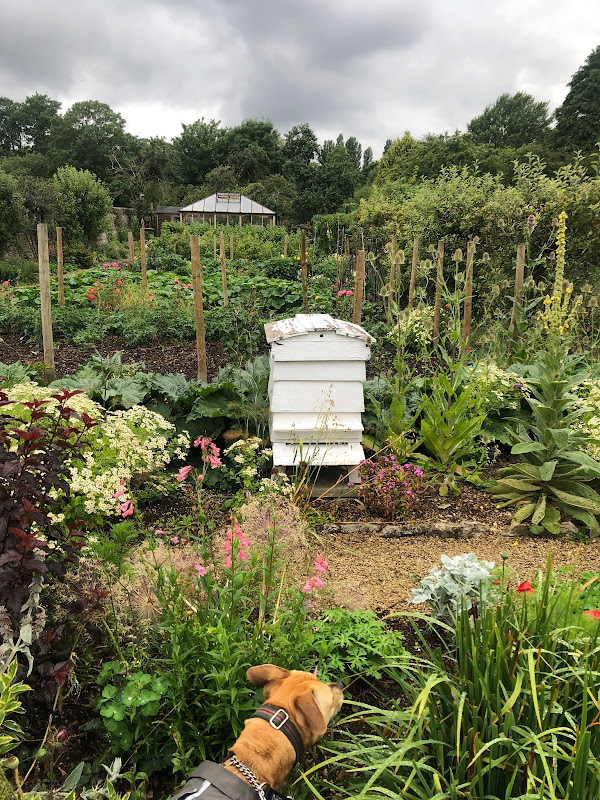 Sadly on my 2nd visit the coffee had closed but we walked into the town which is only a few minutes away after our visit. 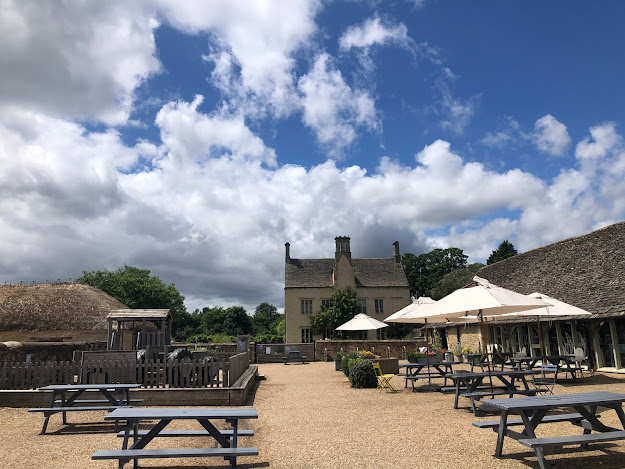 The gardens are lovely and very well laid out. Just be aware if you do take a dog with you, there are random chickens, ducks and geese that just appear or run past at speed and several times, Bob nearly snapped my arm off several times. 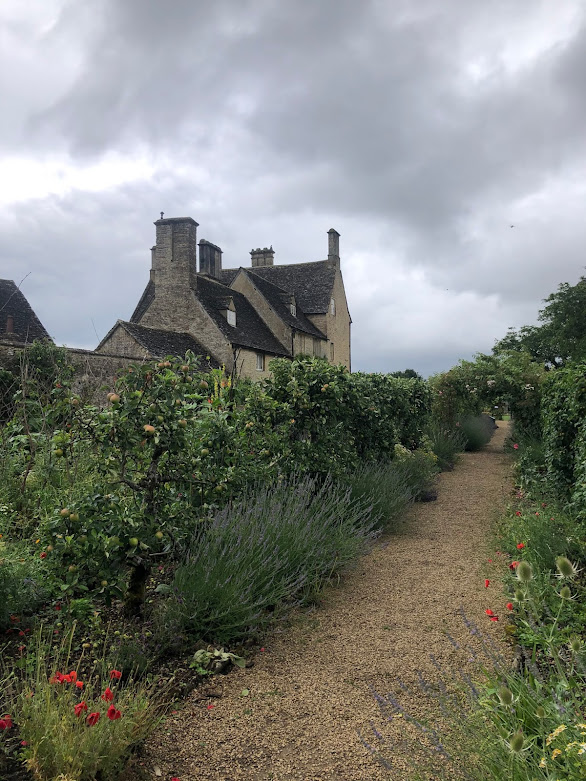 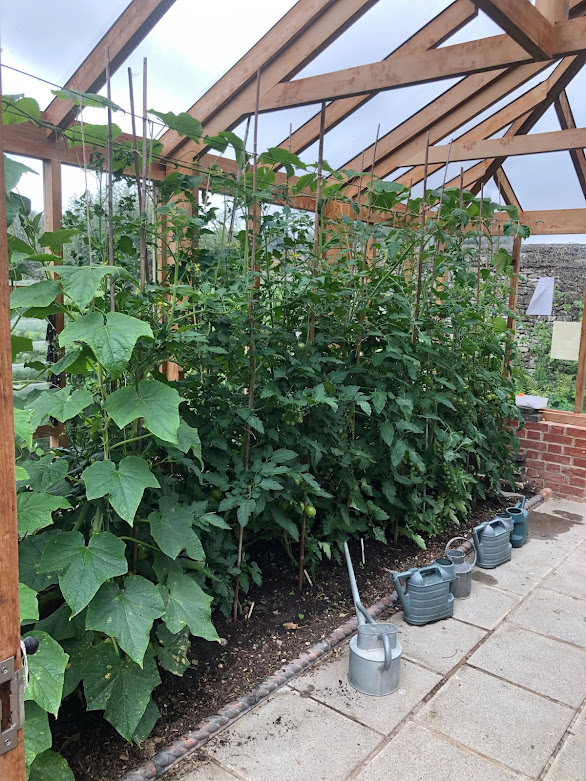 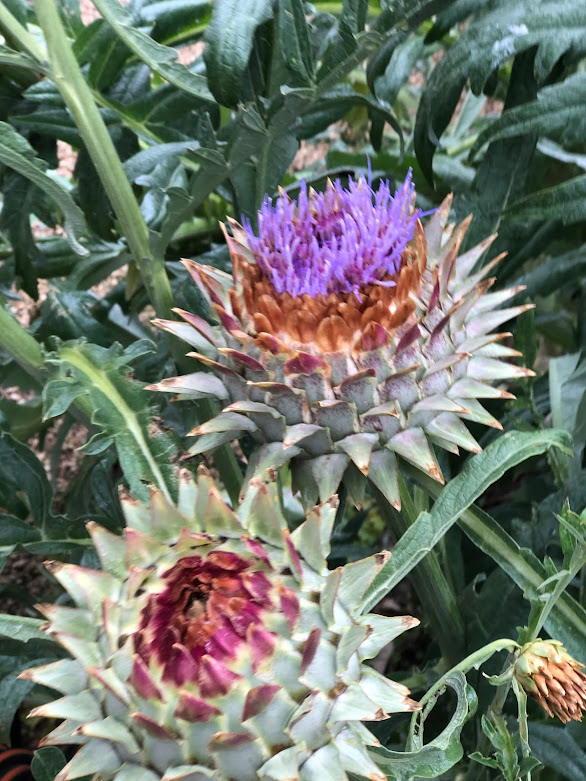 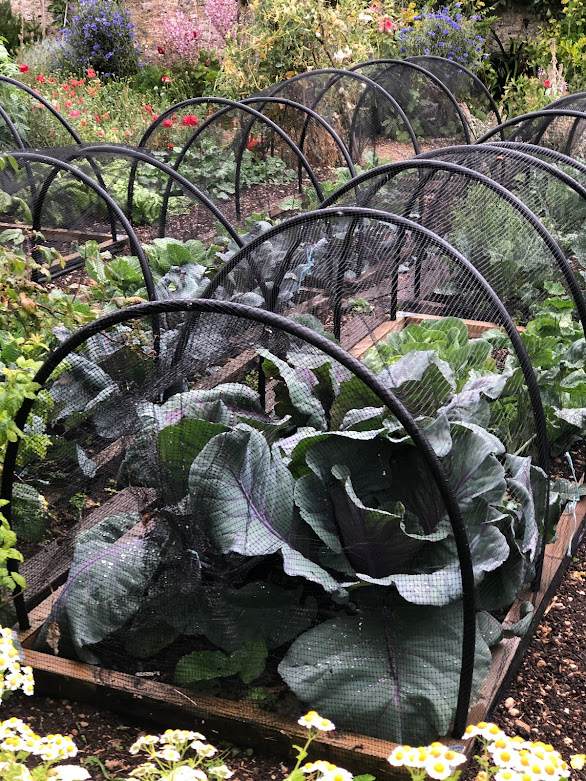 Bob wasn't too bothered by the sheep as he has become used to their size, noise and movements from walking on the Malvern Hills. 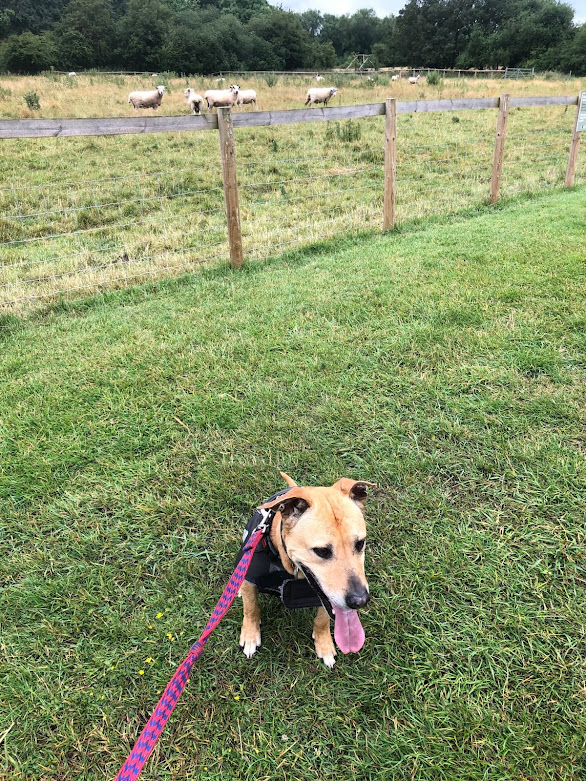 Goats on the other hand are completely new to him, after an initial 'lets have a look' from both the goats and Bob, they parted company. 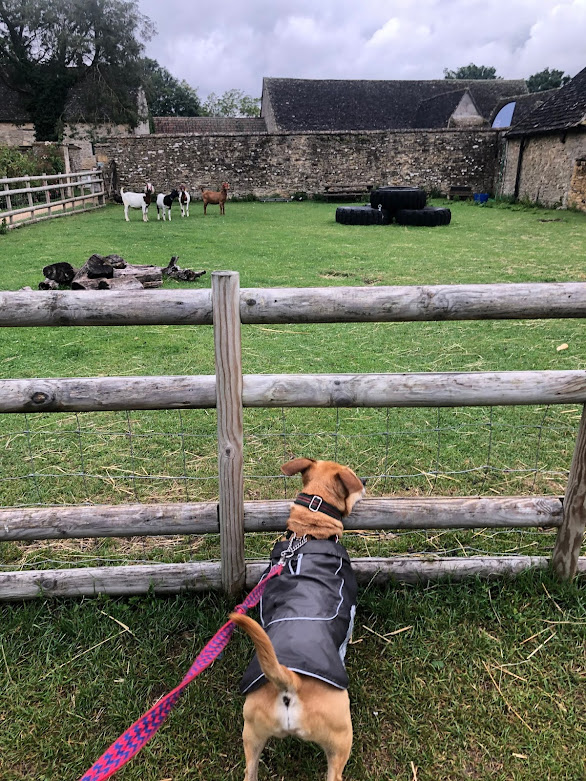 I'm afraid Bob barked at the pigs,  but he couldn't actually see them, he could smell them then they grunted at him through the pen, startling Bob who let out one loud bark, then dragged me away. 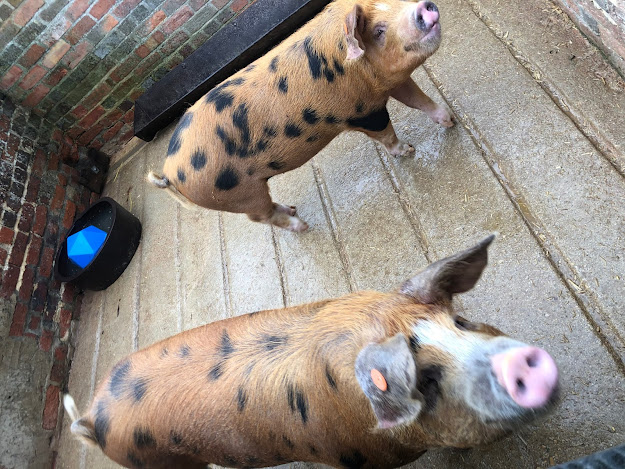 Email ThisBlogThis!Share to TwitterShare to FacebookShare to Pinterest
Labels: animal tales, bob the dog, bobthedog, day out with my dog, farm park