My garden in July and plans for August

I've really enjoyed gardening in July, finally all the hard work has paid off and now it's just regular mowing and light weeding, in the back garden at least. I still need to do an awful lot of work out the front. 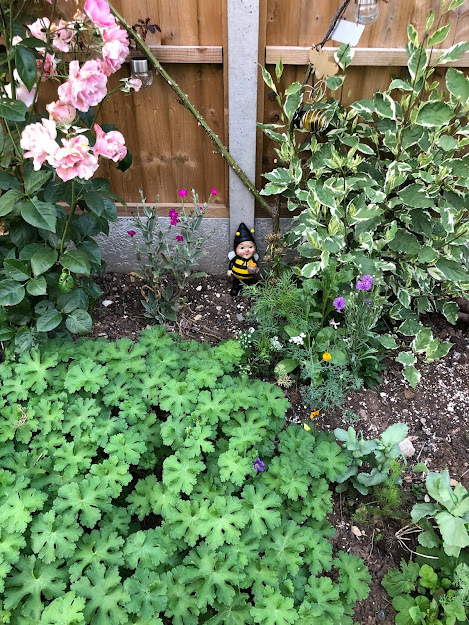 All around Malvern there have been Hollyhocks growing. I'd really like to get some for next year for the front garden, any suggestions on where I can get them from? 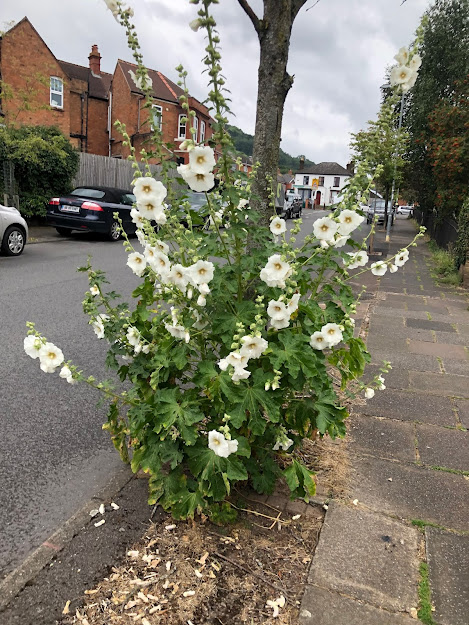 The new border I dug is a little over crowded, but I've cut the shrubs back now and have beans growing up the canes and installed on obelisk for my second batch of peas. 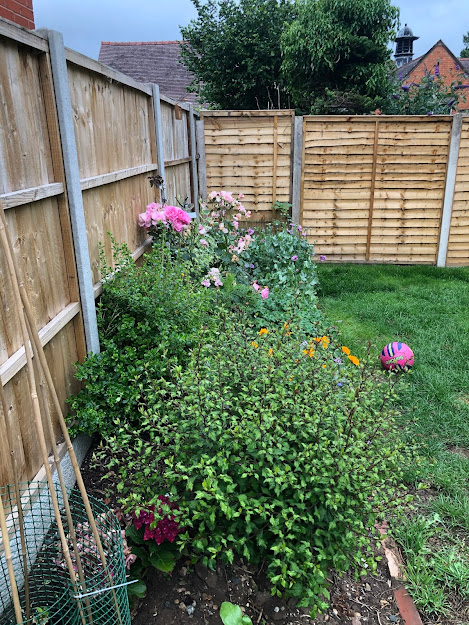 I was given a green house by a friend for my birthday. I've taken cutting from the Bay tree, which used to belong to my husbands grandmother and I've dug the strawberry plants up to put in there for next spring. The tomatoes are growing well and I have cucumber and pumpkins in flower 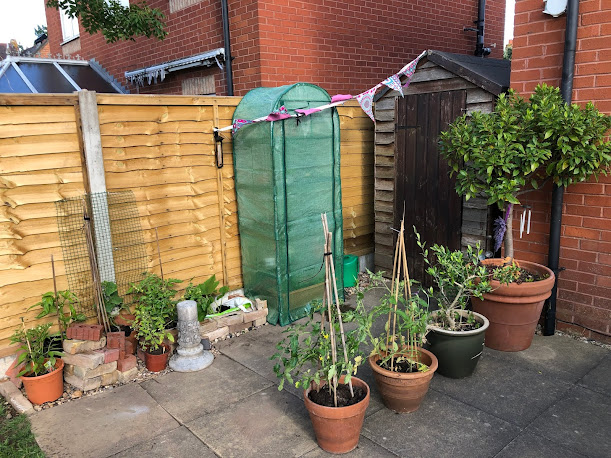 Family and friends have been sharing their harvests also. Mange tout from a friend and raspberries from my Daughter in Law. 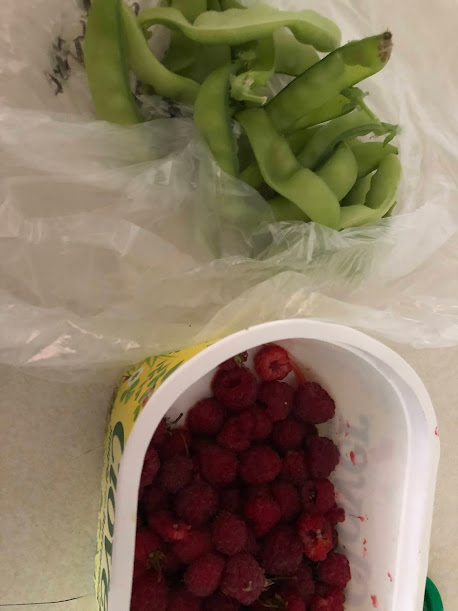 I flavoured some gin with a raspberry infusion 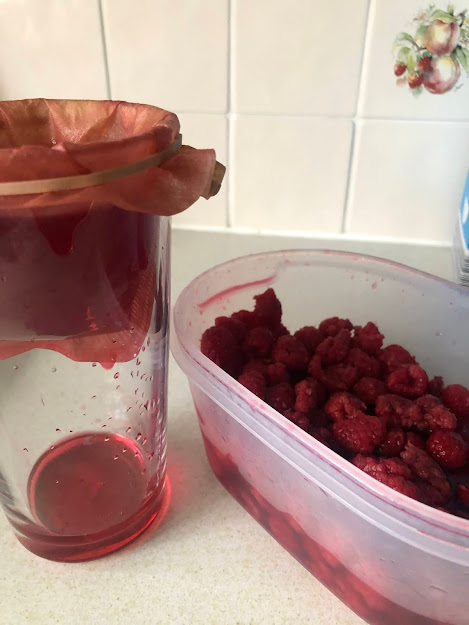 Then ate the gin soaked raspberries with yogurt, they were delicious. 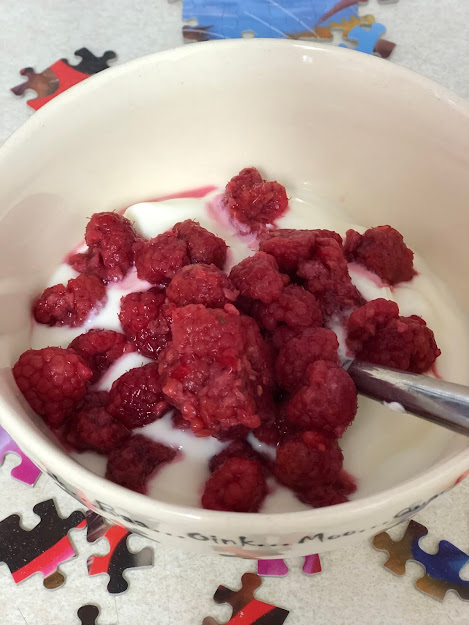 There's still a lot of work to do with the lawn, it's patchy and is really bumpy, but a good mow improves the look. 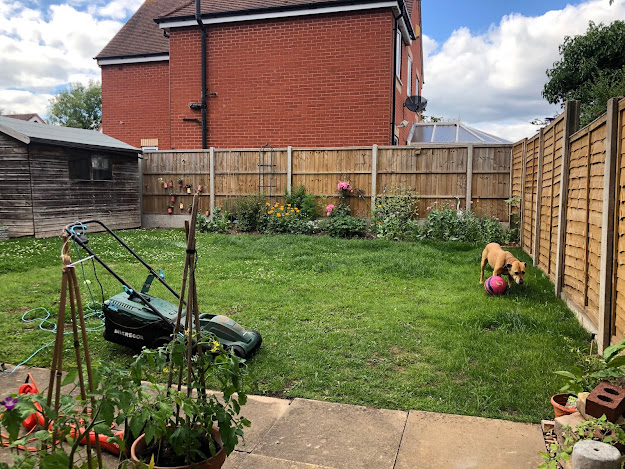 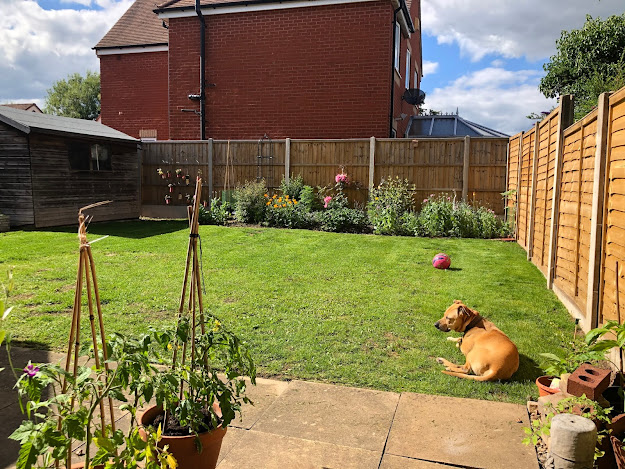 We've had our house rented out for the past 9 years, apart from major repairs from damage caused by tenants, something has been 'misplaced' after occupancy. Ladders, white goods and on this last tenancy, the lawn mower, lump hammer and some other tools. It would appear no one has a use for a scythe this days, including us. 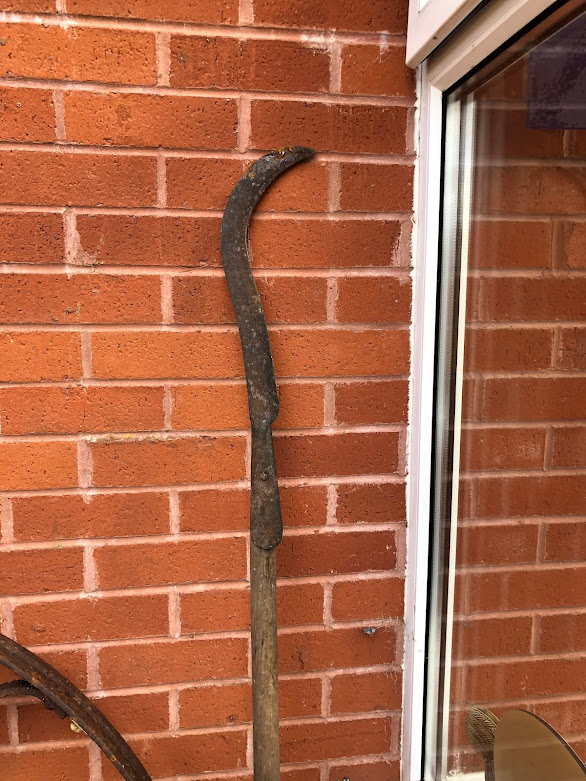 I've managed to break a few tools that I purchased, but I only arrived in the UK during lockdown and only managed to purchase cheap equipment. I borrowed the neighbours mower before ordering one online and have since replaced the cheaper tools for more sturdier ones 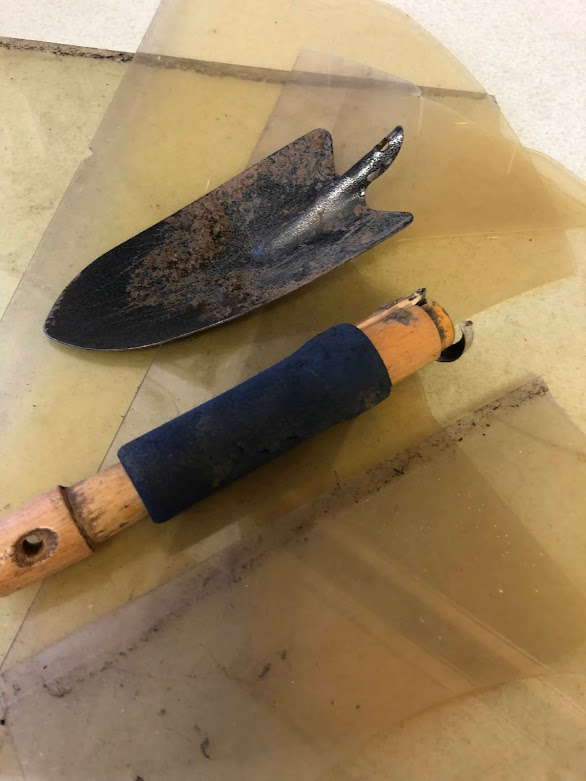 I spent some time helping a friend out with her garden for the kids and created an area for a mud kitchen for the 3 year old twins. The twins helped with the weeding and digging while mum and dad worked. 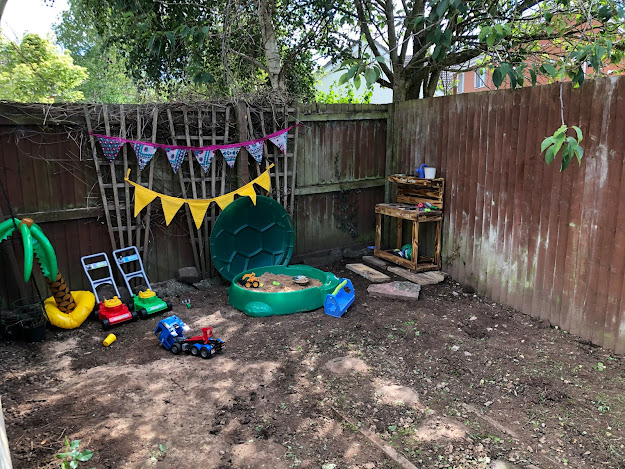 I came home with a swing and a car for our grandchild, they will be dismantled and taken over on the weekend. 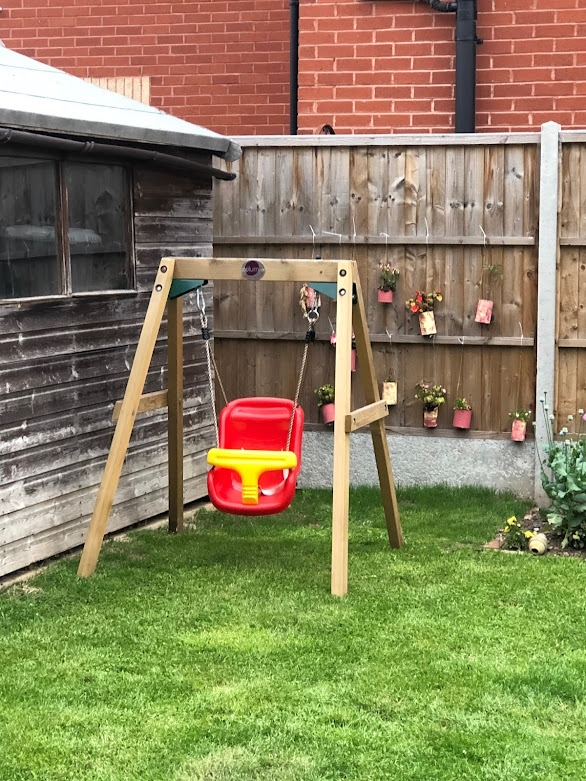 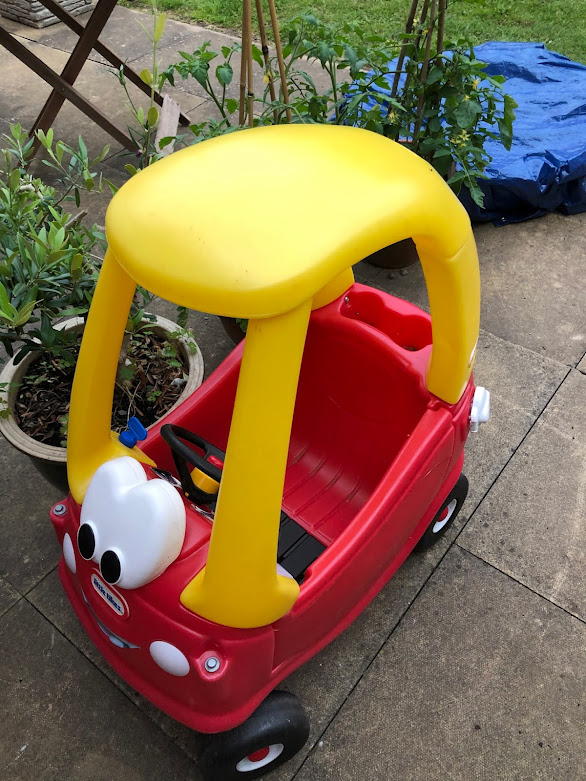 Jobs for August.
A friend dropped off half a tonne of rockery stone from her garden. 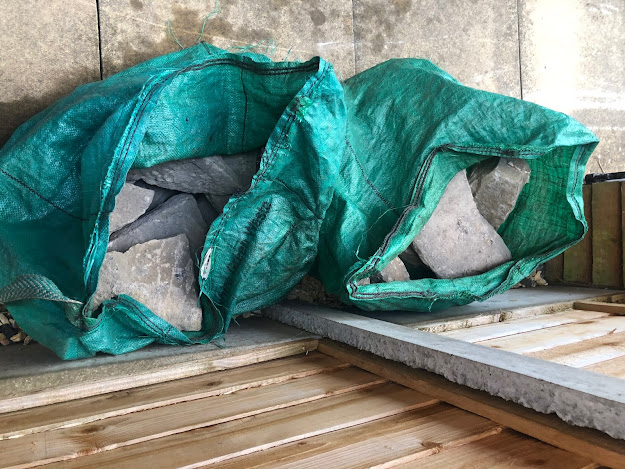 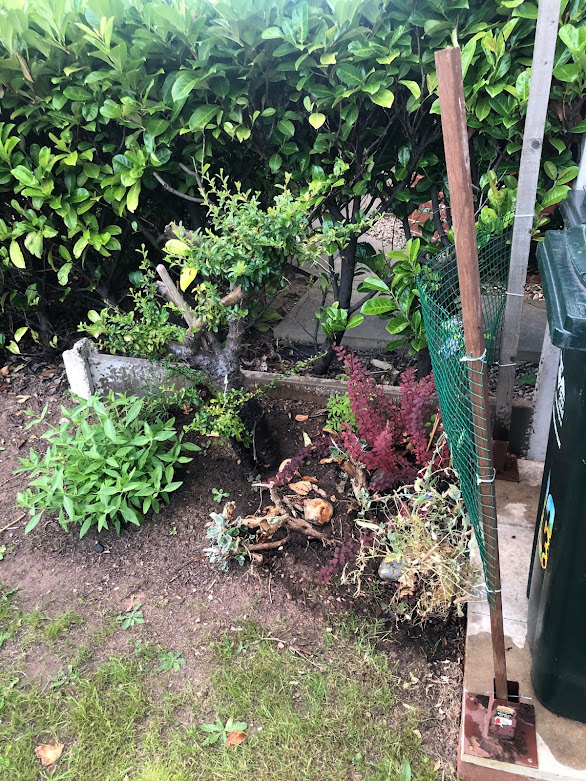 This are had originally been reclaimed by the lawn which is 90% weed. This will be the third time I've dug deep and weeded. I'll be using the rockery stones to soften the corners. 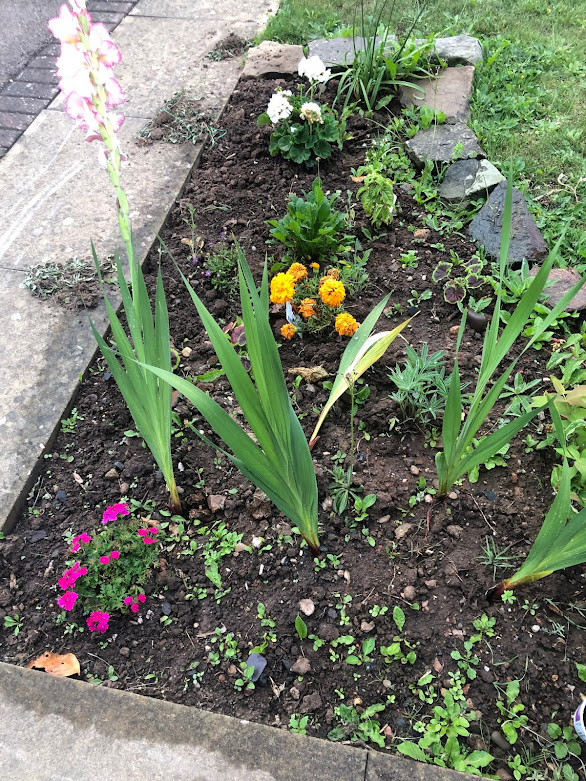 Wood has been ordered for us to repair the shed, re clad, sand and paint. The weather for the rest of this week is looking good. I had it re felted during lockdown after the storms in January ripped the felt off and the rains in February were pouring through the roof. 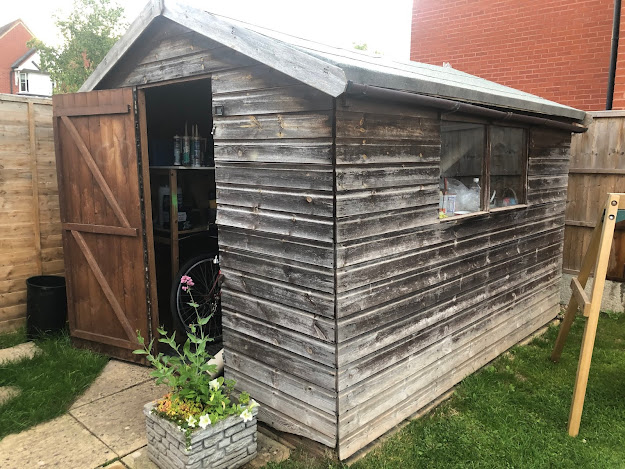 I'm not sure if these up cycled cans will stay now. They were fun to do and did brighten up the garden. 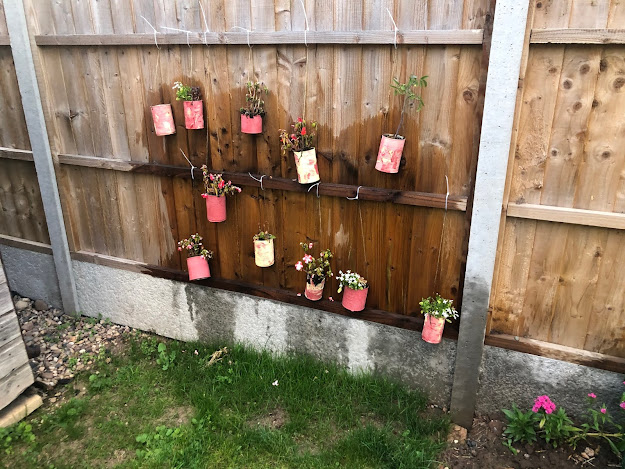