Camping with a dog in Oxfordshire, Barefoot Campsites - Day out with my dog

Bob and I were invite to join friends camping at Barefoot Campsites in Oxfordshire for the weekend. The weather was reasonably good, some rain, but it didn't;t interfere with our planned activites, a walk to the pub and we managed to get the tent dry before packing it up.

Bob has been camping with me many times, all in South Africa. He does get a bit smelly, but it doesn't interfere with his eating or sleeping, he's just happy to be outdoors as much as possible.

It was a long drive to Oxford, dropping Peter at Heathrow, back to Bristol for a COVID test so I could fly the following week. I was surprised at how much space there was for Bob to have a walk and stretch his legs at Reading Services on the way to Bristol and back to Oxford. 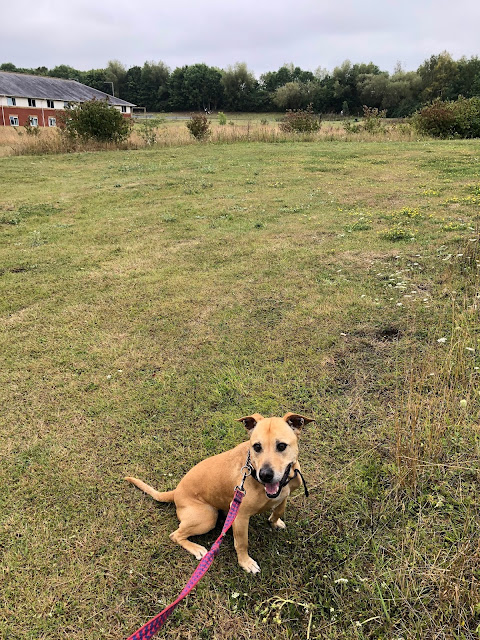 I have a super long lead for Bob so he can explore but not escape, he has NO recall at all. 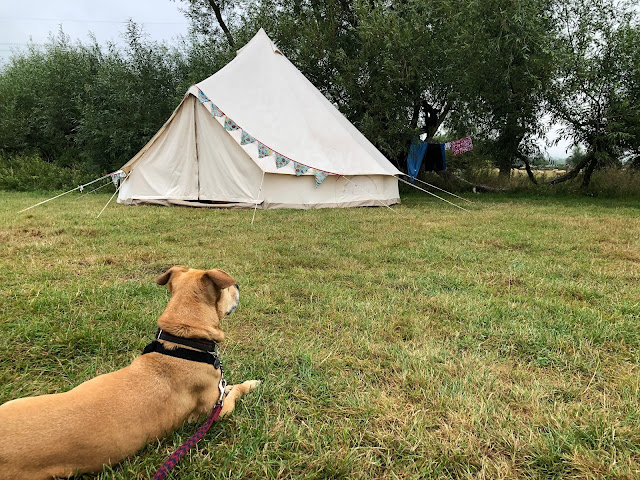 Given half the chance, he would have spent the day in the tent. 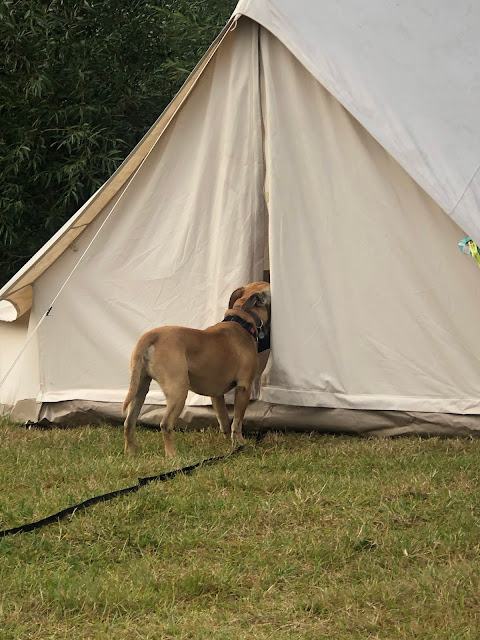 The scenery was stunning alongside the Thames for walking. 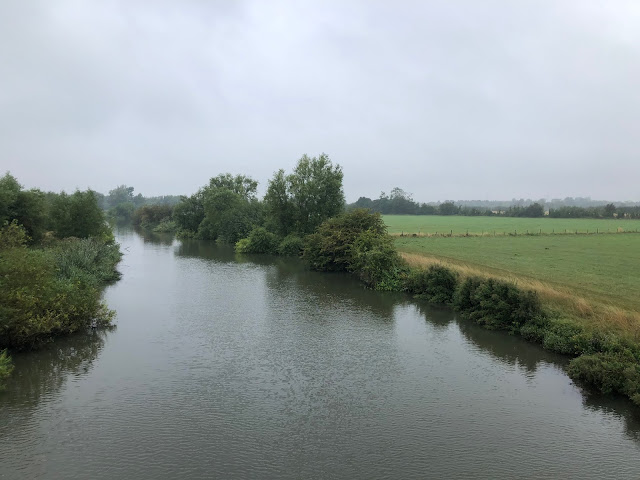 Whilst the sheep were fenced off from the path, the cows and bull weren't and people were letting their dogs run straight through the gates into the fields. 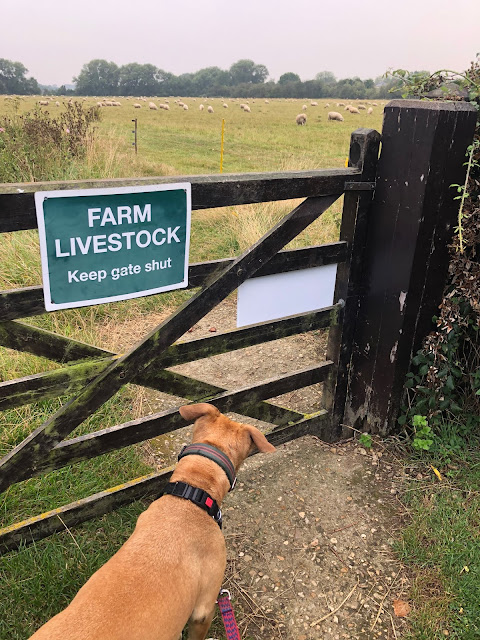 So after lunch and a pint, Bob and I decided to walk back along the main road, which was 7 miles to avoid the livestock and inconsiderate dog owners. 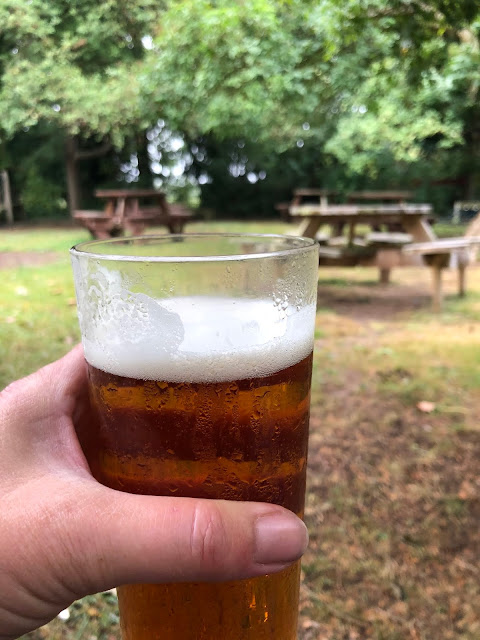 The rain held off mostly, but we were both dressed for the weather. 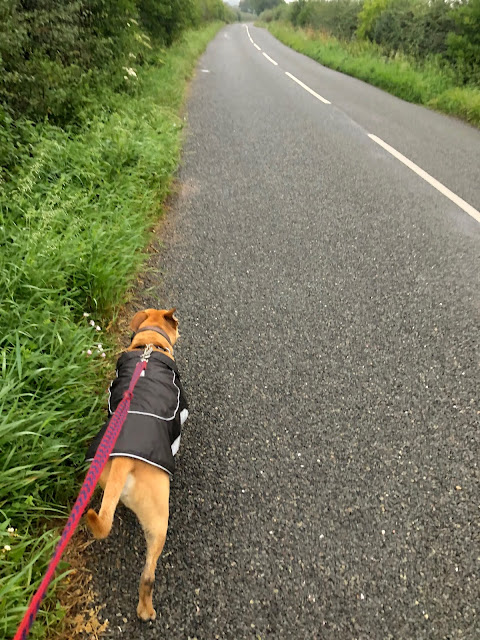 We stopped at another pub for a rest and I purchased some flowers from a house selling them on the side of the road. 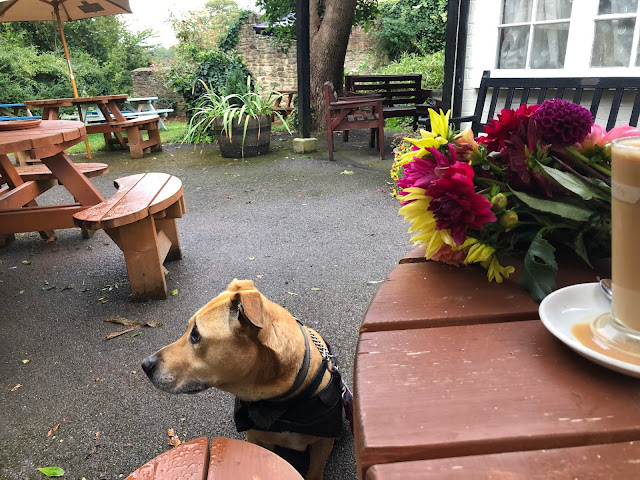 The last mile back to the camp site. 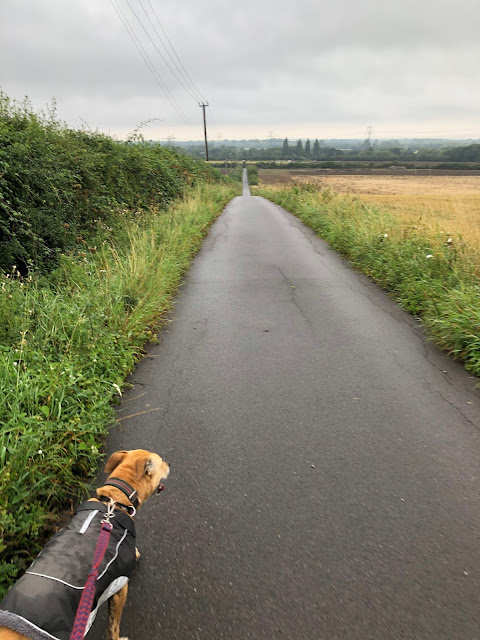 Both Bob and I slept well that night. 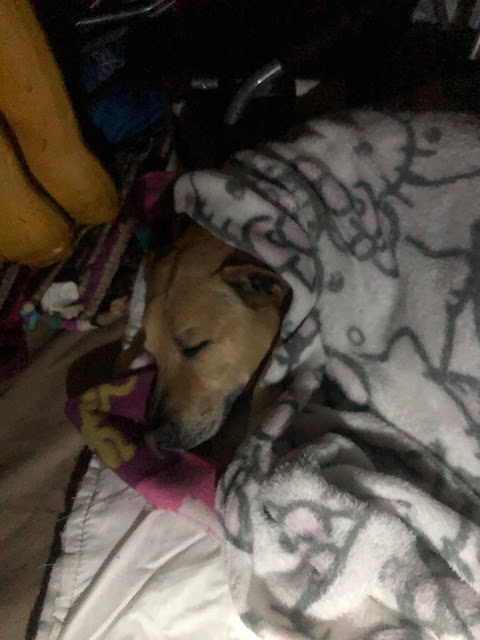 I'm hoping Bob and I can go camping again towards the end of September when I'm back in the UK and have done my 2 weeks isolation. Wish us luck with the weather as we're planning to go to the beach.
Posted by chickenruby at 04:00:00