Peter has been nagging to remove the fleece cover off the Bay Tree. I've been telling him for weeks that we are due another cold snap and had snow in April last year. Peter hasn't had seasons for 11 years now and certainly isn't used to this ever changing weather.

I haven't been eating properly, the kitchen still isn't finished and despite paying for everything in December and the work starting in January, we still don't have a fridge and a door on the washing machine. The current fridge is in the dining room and it really annoys me I have to keep going to get things to be able to cook with.

I had a disaster with a haircut, it's been butchered. I've had many cuts over the years I've not been happy with, but never have I have I had my hair cut so badly, it's not the style, although I did have a consultation prior to booking and stated I didn't want this style at all, just an undercut to remove the bulk and showed her a picture of how I was intending of growing my hair to have it styled in the future.

I've not been back as I don't want her to attempt to tidy it up and a refund won't replace the hair she hacked off or compensate for having short hair for another 2 years that I've been growing it for. I just don't want the hassle and a row. Once it's fixed I will send her some photos and complain to her directly but I'm doubtful she'll even bother to reply and I'm not sure how saying 'sorry' can compensate either.

85 Saturday Off into Worcester early to buy a couple of birthday presents and so the food shopping. Afternoon spent in the garden and we had a BBQ with our neighbours.

We had a Dubai day, dressed up, had breakfast out, did some shopping and visited the Knife Angel. 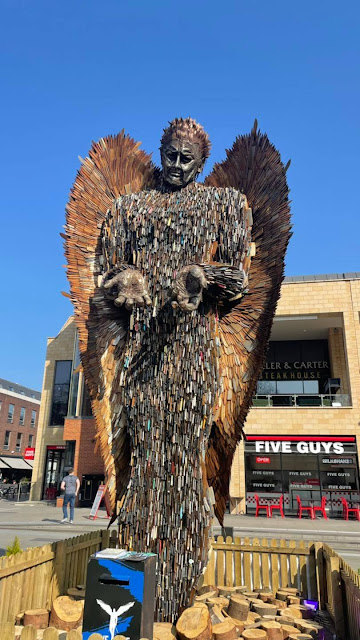 86 Sunday Urgh, forgot the clocks were going forward and hour. Off to Gloucester to collect child 1 for coffee and cake, then after dropping her back at home we went to Keynsham to visit MIL, SIL, Niece and Great Nephew for his 1st birthday at Avon Valley. Child 2, his wife and our grandchild also came.

87 Monday A long day in work, the weather was nice so I walked into town to meet Peter with Bob and we had a coffee. I went to bed with a migraine. 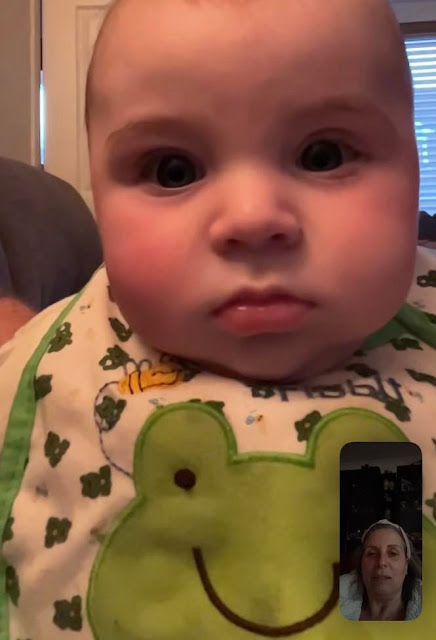 88 Tuesday Woke with a migraine, but managed to kill it with meds by lunch time, walked half way home and met Peter on route, evening spent in front of TV and I did the ironing.

Seeds seems to be doing well despite me forgetting to water and close them up over night. 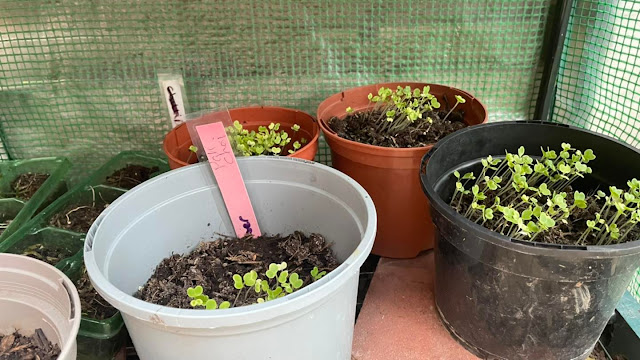 89 Wednesday The car was in for its MOT so Peter walked half way to meet me with the dog. After dinner I spent the evening in my craft room tidying up ready to empty out the other attic room to sort things for keeping, selling and donating.

10 years since Pushkins adopted us, it is estimated she is 13 years old. 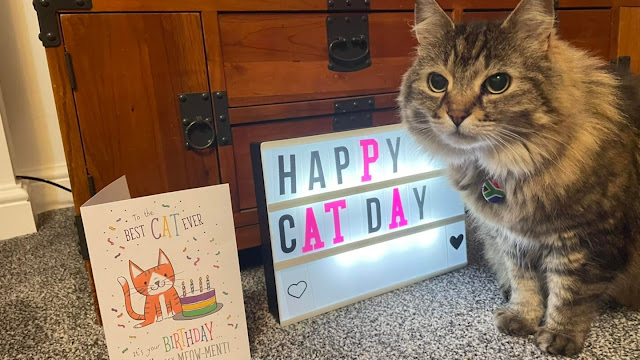 90 Thursday Off to hairdressers after work. What an absolute disaster, thankfully its only hair and it will grow, but it took me 2 years to grow it long enough to have the style I wanted then she butchered it. I'm getting it sorted on Saturday at a different salon. We did a food shop on the way home. 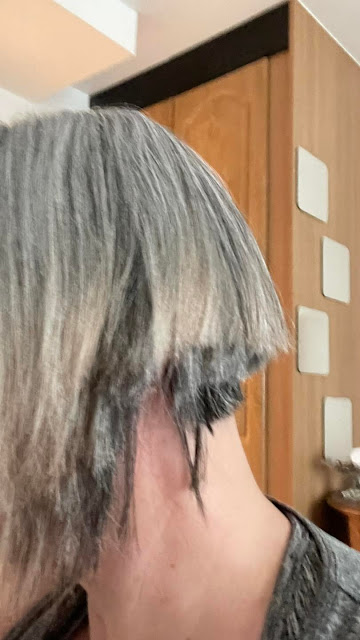 91 Friday Still really upset about my hair, no one said anything at work, but I had scrunched it so it looked less choppy and wore a large jumper that covered the back of my neck. Stopped off to get nails done on the way home, Peter walked the dog to meet me. We didn't do much in the evening, just watched TV.

One of my students made this for me, it's a sign of acceptance. 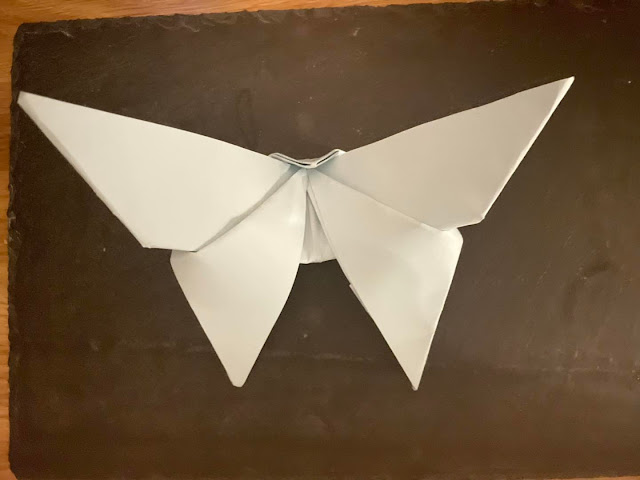 Life is ordinary, but that's ok