It was the 30th anniversary of my 21st birthday on Sunday as in I turned 51. It sounds older than it feels. I've never really bothered with age related numbers, but over 50 now makes me think of anyone aged 50-65 as if it's just one age band, before one just becomes 65+.

175 Saturday Had a lie in, finished making a balloon arch and then we went out for a coffee and collected our food order for the afternoon. Friends and family arrived from 2pm for tea, wine and food. The weather stayed good but we mostly stayed indoors. There were 5 kids aged 11 months to 5 and 14 adults, last one leaving after 6pm. We had a quick tidy round and watched Glastonbury. Child 2, his wife and their child stayed over. Birthday A video for todays picture.

176 Sunday Another lie in and with DIL and grandchild we took the dog to the park and had coffee out, we kicked them out at 2pm as we were going for lucnsh, which we ended up rescheduling and having dinner instead.

Part of my birthday gift from my mum. 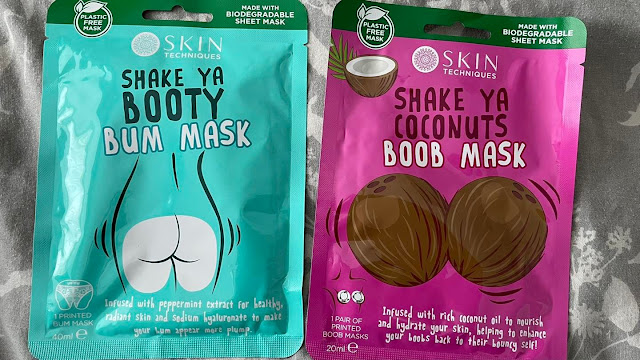 177 Monday Up at 6.30am, drank tea and straight out the door to the pool. I had planned to go straight to work but had to return home to collect underwear as I'd forgotten to pack it. Did some washing, cooked dinner and fell asleep on the bed from 7pm-8.15pm. Was back in bed at 9.30pm, absolutely exhausted.

I'm fed up of our drive being blocked, BT have been coming and going here for months and if it's not them, it's usual the school run. 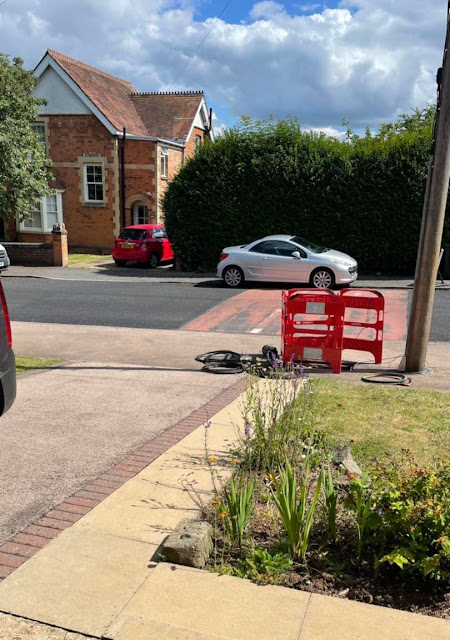 178 Tuesday Cycled to work and back, cooked dinner, watched TV and an early night.

Bob has been playing with his rope for days. 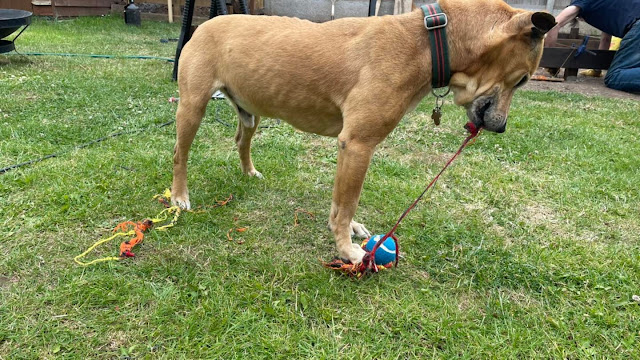 179 Wednesday Grandson had his surgery today, 6 hours and so far all is good. Drove home via the supermarket, collected new glasses, evening spent in front of the TV after cooking dinner. 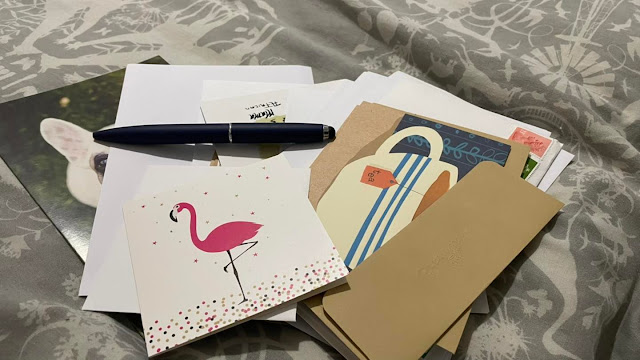 180 Thursday Up early and a few jobs done. Cycled to work and back, walked the dog to the laundrette to dry the bed sheets, cooked tea, watched TV, sorted out some blog issues. The dog snook out, it was raining and for an hour he was digging in the garden, he came in absolutely filthy and we had to scrub the kitchen floor. 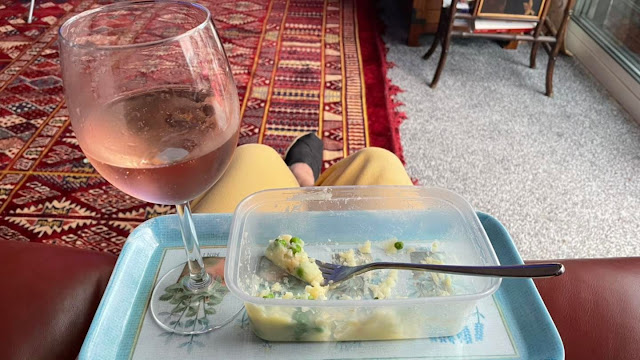 181 Friday Work via the swimming pool and home at 3.15pm. I cleaned our bedroom and evening spent with a bottle of wine and chips with friend. 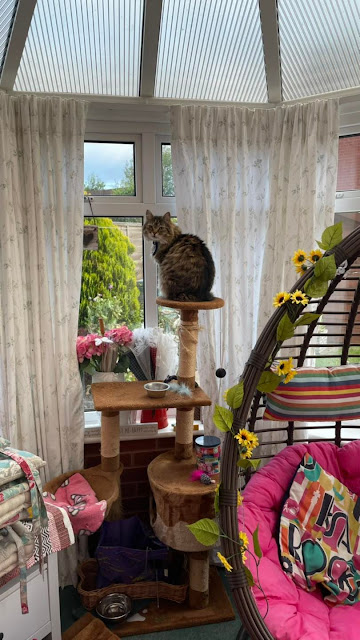 On the blog this week:
I don't want to look 10 years younger, but I'm fed up of people 10 years older than me trying to look like they're 50, when this 50 year old doesn't have a style and is fed up of being pigeonholed.
There's more to being 50 than the menopause and grey hair.