My permission has been revoked

My son is 14 on Sunday. Every Friday night we have Pizza night with our friends, taking it in turns at one anothers houses.
Last night was our turn and we decided to turn it into a bit of a party and do the Birthday cake.
I love baking and yesterday morning I got out all the ingredients and asked my son what cake he wanted. As quick as a flash he replied 'Shop bought'. It made me realise that my days as a mummy are coming to an end. He is the youngest of 5 children.

The youngest has always had an issue with his photos being taken, in fact he hates it, it ranks a close second to getting his hair cut. As I tried to take a picture of him blowing out the candles, he hid his face, it winds me up and he knows it. He is missing from pictures in nearly all family events and if he is in the picture, his face is hidden.

Being expats and away from family, I make a huge effort to update the picture album, send prints back to people and post online, usually on facebook. I run my faceebook for the family only, I rarely post comments like the ones you see on twitter @chickenruby and I have recently started linking blog posts that I think people might like to read.

But I've been told 'no more mum, no more pictures, no more blogging about me'
I have to respect his wishes, he is old enough now to have a say in his private life. I've never ridiculed my kids, but I have shared personal stories about the things they've done, the troubles we've had and how we've problem solved. I've always sought permission from family members and the older children (the ones that have left home) prior to posting, but I've never had to ask to share pictures of them on facebook or twitter.

I don't own my children, but what they do effects me, my life, causes me issues, phone calls asking for help and guidance. Moments as a Mother I want to share, things I'm proud of, achievements I want to 'show off'

So I'll leave you with the last photo of my almost 14 year old and I'll attempt to take his picture to send back to his grandparents in the UK. 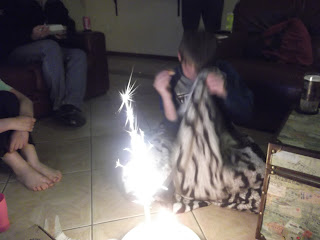