My trip to BritMums Live

‘Why are you going to BritMums?’ was the cry from many of the people I tweet with and know in real life.
‘You’ll not survive 5 minutes’
‘Bet you get kicked out, you know you can’t keep your mouth shut’ 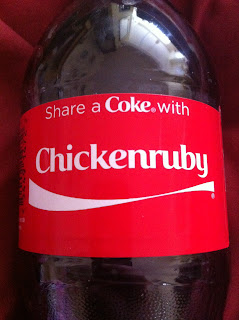 
Well I’m not sure why I wanted to go, other than it was the weekend I was due to return to South Africa, I was going to visit friends in London, there were a few tweeters and bloggers that I’d connected with and wanted to meet and I thought it won’t do any harm to learn a few more tips in blogging.


I booked a hotel and requested a roommate to help share some of the costs. I arrived at The Brewery at 1.30pm, nice and early and immediately connected with an established tweeter and blogger and met a new one, we continued to bump into one another all weekend. 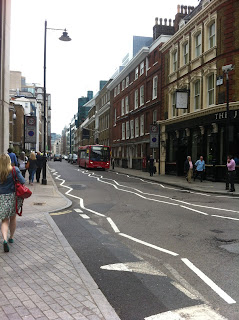 
There were a couple of people I’d never engaged with before who approached me and said they loved my blog and had followed me on twitter for a long time. There were other people I’d followed for a long time also who had never interacted with me before…..guess the message is, if you read someone's blog or follow them on twitter, it does no harm to let them know you’re there with a quick Hi or a comment on their blog. 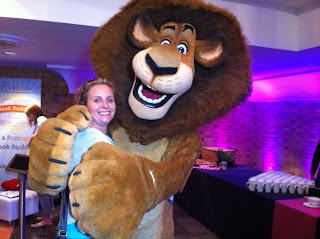 ﻿
Any idea why I had this photo taken?
I wasn’t the only one there I discovered after tweeting about it……I was snubbed, three times, by women. One actually said hello, looked at my name badge and walked off, another said ‘oh right, you’re chickenruby’ and turned her back to me to talk to the person I was with and the third swept right in, mid conversation and high jacked the person I was with who muttered ‘sorry, I’ll be back’ (and she was). I must confess there were a few I met or saw from afar that I discretely un followed on twitter.


I entered many competitions, had photos taken, played games, picked up freebies and had the most amazing goody bag. 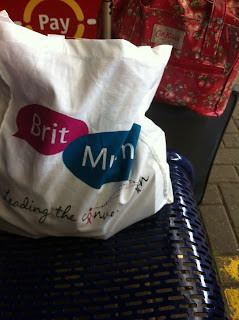 At Reading station a woman approached me and asked if I was a BritMum? she then told me she'd read about the BritDads in the paper and just walked off.......


I gave most of the stuff away to friends if it wasn’t appropriate to  me or my family.


But did I learn anything? Would I go again? Would I recommend it for next year?


Yes I learnt a lot of things. I’m writing a book; well I have a few on the go which will probably all end up merging. From Chick Lit to real life. For one book I have 30,000 words. I need 3 chapters and a synopsis to submit to an agent. I can publish an e book, but I’m not a technical person (any offers). I linked up with Save the Children whose local branch in South Africa is in Pretoria, just up the road from me.


I got ideas, I got contact names, I got advice on how to pitch ideas to organisations, I learnt about media Kits (well I have the links) But I won’t be going next year, unless I happen to be back in the UK and Yes I would recommend you buying a ticket for next year. You can spend the time on your own quite comfortably, decide which seminars you want to attend, sit quietly or ask questions, you can come and go through the 2 days, don’t worry about arriving at a session late. If it’s not what you were looking for just tuck in on the end of another one. Sit in the Fox’s lounge drinking coffee, enjoy the food, smile and at the very least make some new friends. 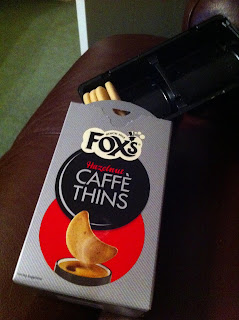 Any ideas how much The Home Sense furniture was worth and who won it?﻿ 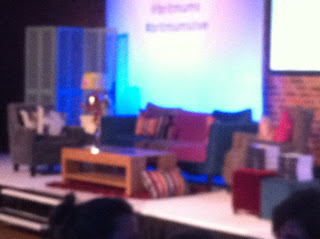 And if I can recommend one tip…it would be to NOT worry about what you’re wearing, pitch up in something comfortable, flat shoes. If you feel comfortable you’ll be more confident.
Posted by chickenruby at 20:58:00