Dogs on the beach in Dubai

Through a face book group I discovered a legal dog meeting on the beach that runs every Friday morning. it's operated by the Lama Club at Jebal Ali on the road to Abu Dhabi.

We arrived and set up on the beach with the other dog owners, to discover we were in the wrong place. The police arrived on the beach, but didn't say anything to anyone, but still, knowing we were on a public beach with Bob made me uncomfortable, so we packed up and quite literally moved 100m's around the corner to the private club. 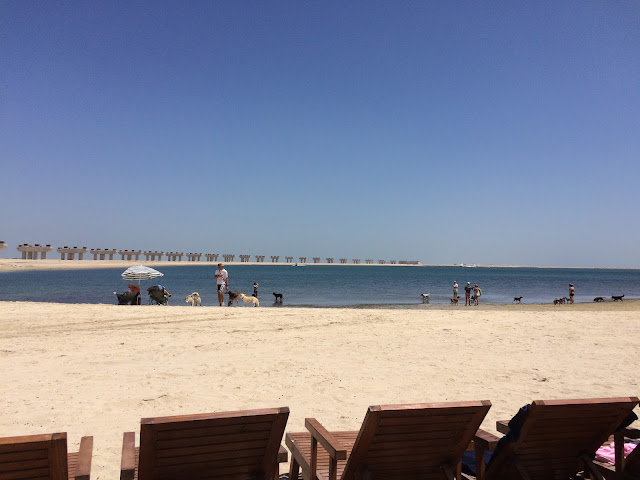 The beach was lovely, we had access to a cabana, toilets, show, picnic table and chairs in the shade and sun loungers, all for AED 50 each and Bob was free.

We arrived at 7am and left at 1pm, there was a gentle breeze and Bob was able to swim in the sea, drink fresh water and lie in the shade, while we had a picnic breakfast, read our books and chilled. 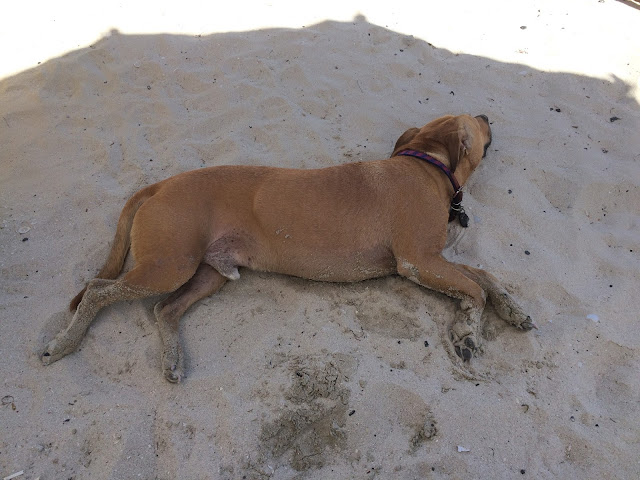 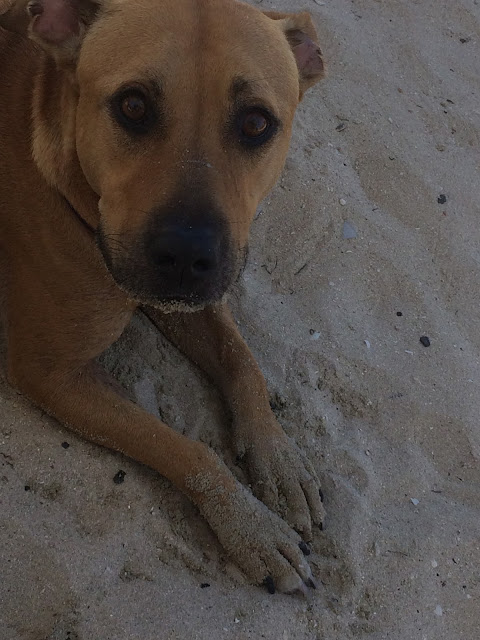 The sea was as still as the lakes at Al Qudra, where we can now confirm Bob picked his rash and weight loss from, as he didn't react to the sand on the beach and has been slowly putting weight back on. He was however sick, he vomited up his breakfast after drinking the salty sea water, but he soon learnt not to.

We met some lovely people on the beach, including this cheeky girl, Cleo, who licked my head while I was snoozing and tried to join me on the sun lounger. 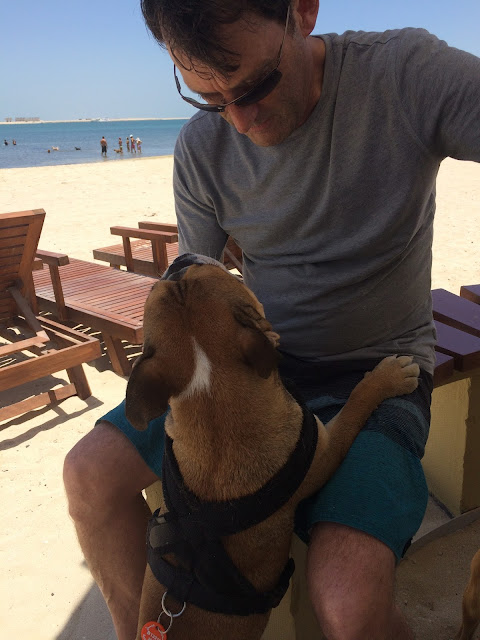 Bob got a little impatient with me also, wanting to go for another swim but not on his own. 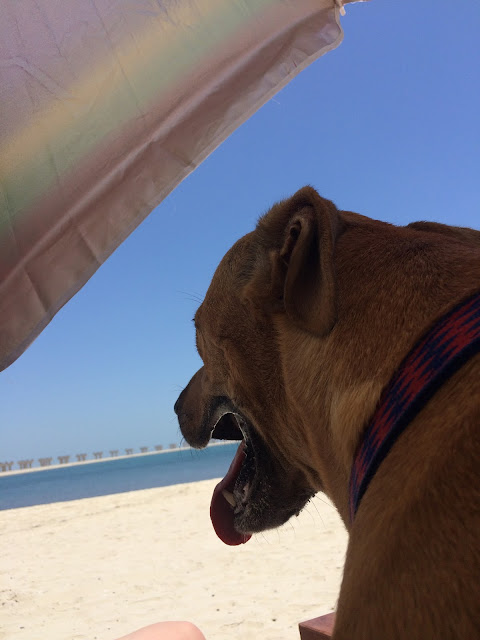 My only complaint was the quality of the sea. It is at the entrance to the new palm, that work stopped on a good few years ago and there is no tide, the water is pretty much sitting still and the sea floor was quite muddy and slippery, but I had my beach shoes and it didn't really seem to bother Bob too much.

We'll be going again next week, assuming the temperatures aren't over 40c, last week was 36c. I'd much rather pay AED 100 for Peter and I and know that a) Bob isn't going to pick up anything nasty and b) we don't risk being find for having Bob off lead in a public area.