When your dog gets ill - Animal Tales 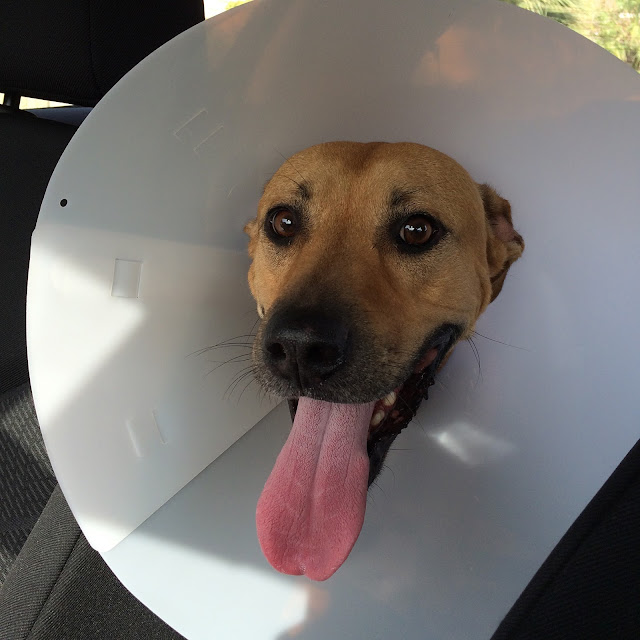 Bob hasn't been well the past few weeks, it started with bumpy skin on his right back leg, then an infection and raw skin under his left front leg. At the same time we noticed he was looking a bit thin, but he was eating normally so we put it down to me working and out the house all day and not feeding him titbits. He's become an indoor dog now the temps are over 35c in the day, so he's not running around during the day and the evening walks have been shortened due to the humidity and the heat of the ground, so in theory he shouldn't be losing weight, so we decided a trip to the vets was in order.

The vet wasn't too worried about the weight loss and took a skin biopsy to check for ticks, fleas, mites. He gave him a steroid injection, a course of tablets, cream and a cone of shame to stop himself from licking the cream off. 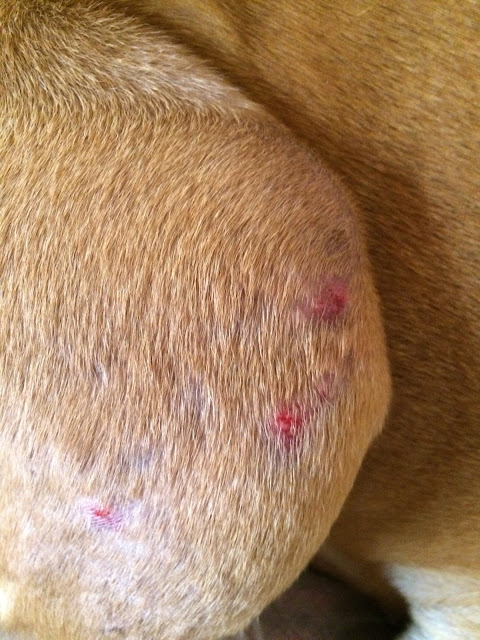 The vet asked about changes in diet, shampoo, washing powder for bedding, trips out etc. Nope not changed any of the above, and the vet didn't think the rash/infection was from the lakes as we go every week and never had any problems before, so our only conclusion was it must be to do with the rat we had in an outbuilding, about a week before Bob started showing symptoms.

Bob wasn't fazed by the cone and although it was amusing to start with as he bumped into walls and doors and had to leave the car backwards, the fun soon wore off when he kept smashing into my shins and using the cone to knock on the door at night as he needed help getting back onto his bed. 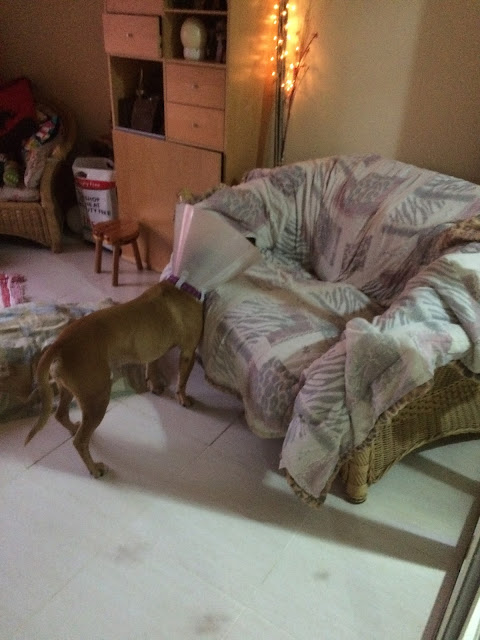 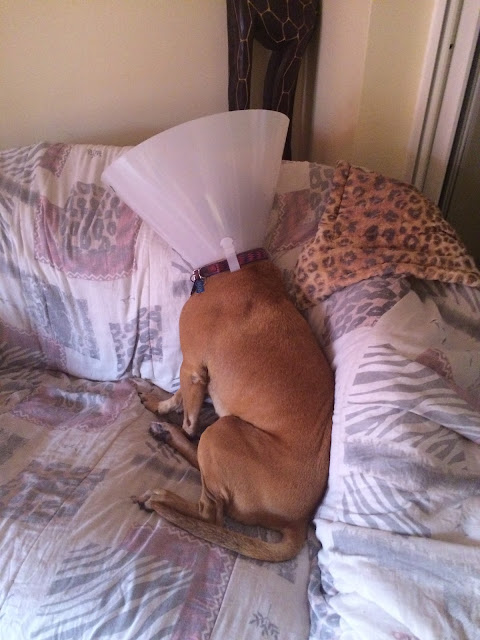 On Saturday we took him back to the vets for a check up and added to the list that he hadn't poo'd for 2 days and was having difficulty peeing. He had a new rash on his belly and has lost a further kilo in weight.

The vet has decided on an aggressive treatment of worming over the next two weeks, but if he's lost any more weight at his weigh in this saturday, the vet will run blood tests and do a scan on Bob's prostate. The cat is also on a similar worming treatment plan, in case she's a carrier and they've both been treated to kill/prevent ticks, mites and fleas.

To say I'm a little worried is an understatement. Apart from annual jabs, this is the first time we've taken either the cat or dog to the vets since we've had them. Pushkins 4 years and Bob 3 years.

It has been suggested we should take out vet insurance, especially as we've already spent £180 on treatment to date, but we'd have spent £1440 on instalments over the past 3 years without any gain from it and we have a pot of money saved up for relocation fees so we'll dip into that if we have to have scans, tests and treatment.

In the meantime Bob is now free of the cone and is perfectly happy, wagging his tail, bolting down his food as usual, enjoying the odd bone or two and demanding his nightly walk. We're not going out in the desert now till summer is over, by 7am it's around 32c and just too hot for humans, let alone Bob and his feet on the hot sand. 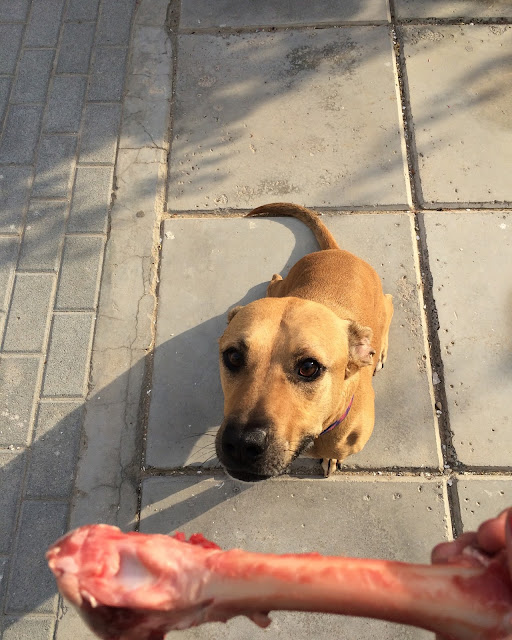 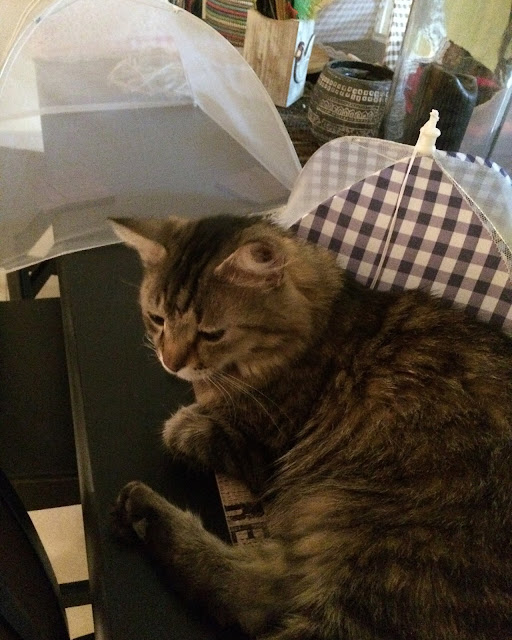