Animal Tales - Managing the heat in Dubai and the cats diet

The cat has become a lot more playful since it's been kept indoors, we never found out what caused it to limp, but the paw is all better now. We're still struggling to say HE after discovering after 4 years it's not actually a SHE and now refer to the cat as IT. 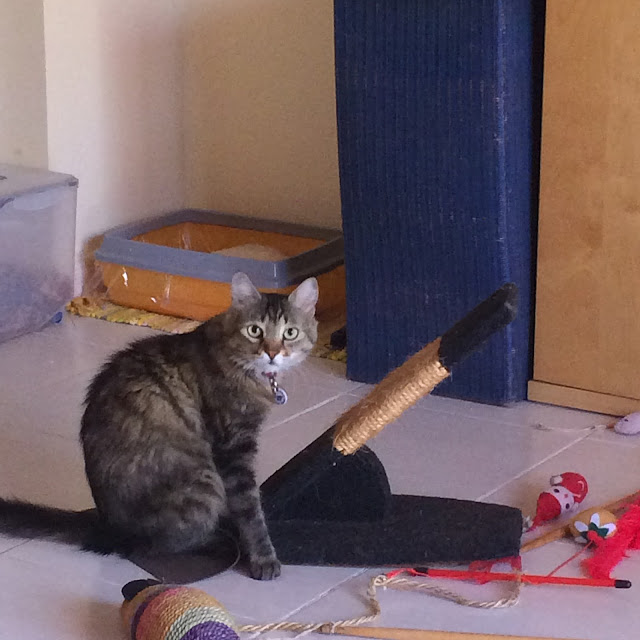 It also hasn't lost any weight according to my luggage scales, despite being on a strict diet and it just sits there at the kitchen door waiting for it to magically open, but the outside is too hot and the feeding scheme for the stray cats is just too tempting for it, which we believe is the cause of the excess weight. 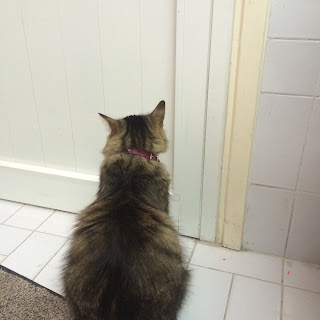 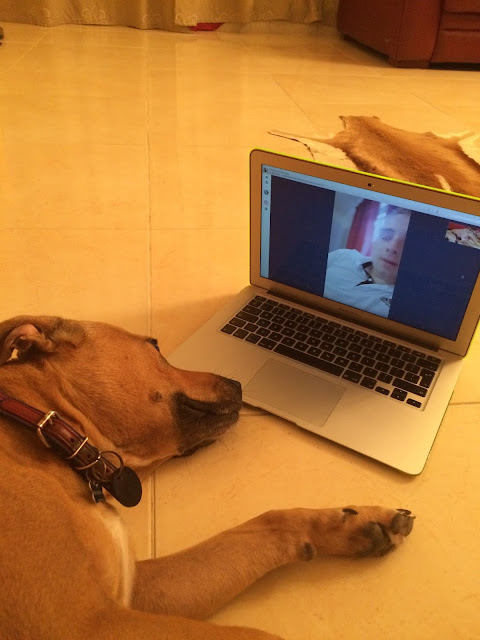 I take Bob for a walk every morning at 5am before sunrise when the temps are still just below 30c. 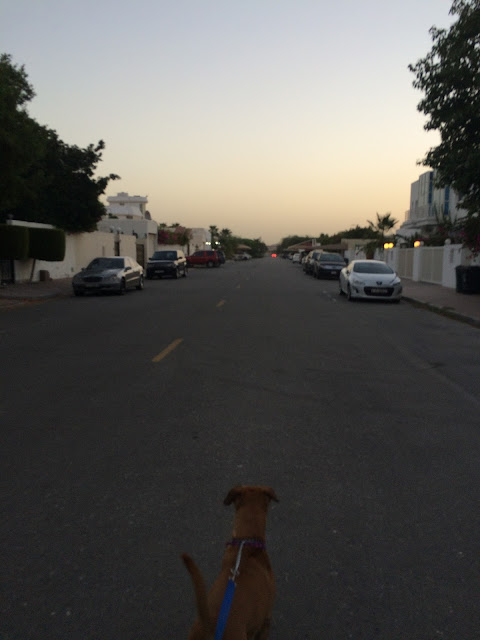 Last week's beach trip was at 6am and by 7am it was just too hot so we came home. We'll try again next week, but that may be our last for a while. 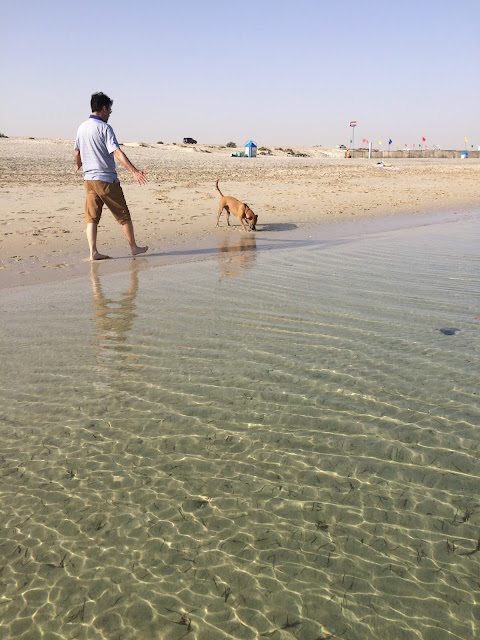 I'm surprised about how much wildlife we see in Dubai, we have a couple of trees at the villa which are full of birds. I hear them but rarely look up due to the blazing sun and we don't encourage the birds into the garden, again due to the number of stray cats that live in this area.

We've spotted a few of these in the garden over the past 2 weeks. It's quite possible it's a Turkish Gecko, but this one seems a little too long according to description I found on google. Anyone out there know what it is? 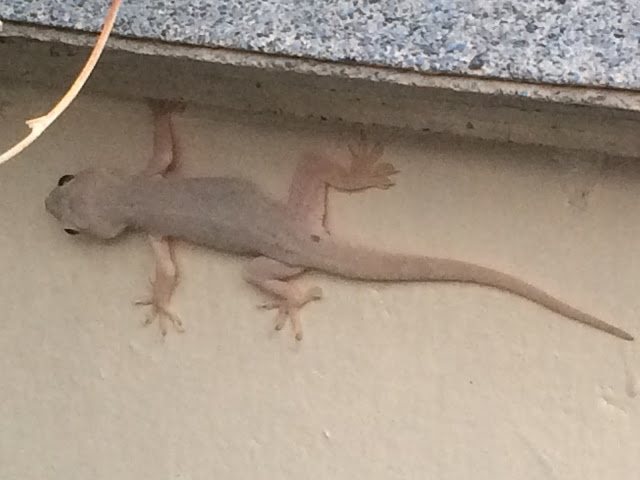