Reasons you should adopt a dog in Dubai with Animal Tales

2 weeks ago my husband came home from work and I informed him we were going out with our dog Bob, to collect another dog to foster for 2 weeks in our home. 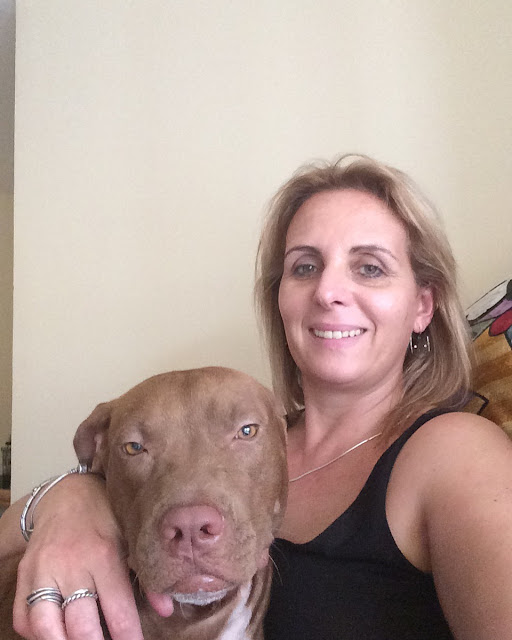 I'd responded to a post on Dogs in Dubai on Facebook for urgent foster homes needed for the 100's of dogs being dumped/left behind as people leave Dubai for the summer/forever. 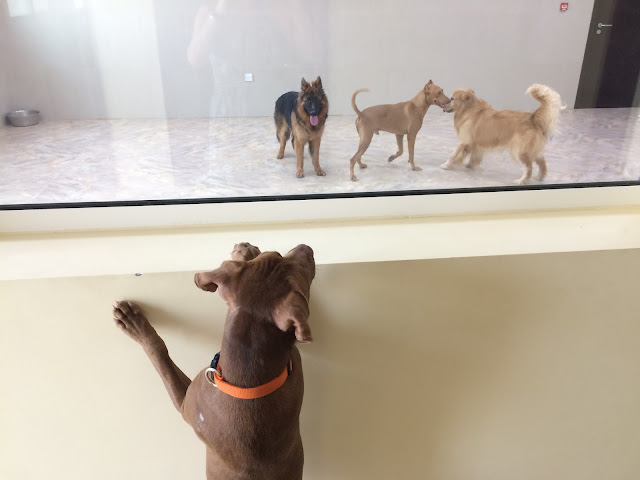 There are certain breeds, that under Dubai law can only live in Villa's so when we arrived to meet Sarah at DAWS and the door was opened to a room and we saw Bonnie, I had no idea we'd be bringing a Pit Bull Terrier home that night. 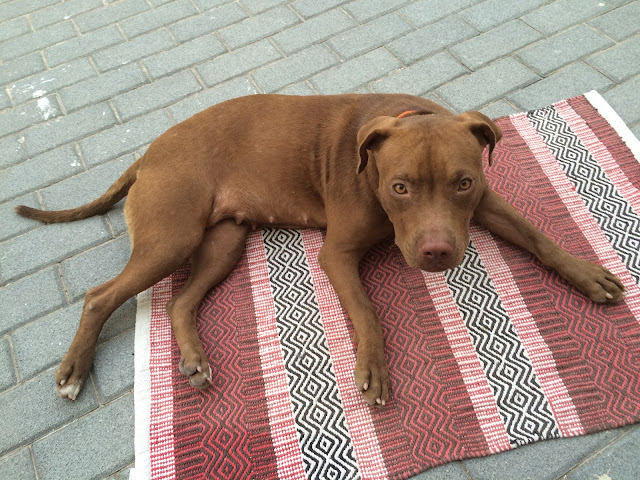 We took Bob with us, it was important they got on. I was apprehensive on entering the room and actually stepped back out the door, until I saw how Bob was playing with Bonnie and within an hour she was in the back of our car on her way to our home for the next two weeks. 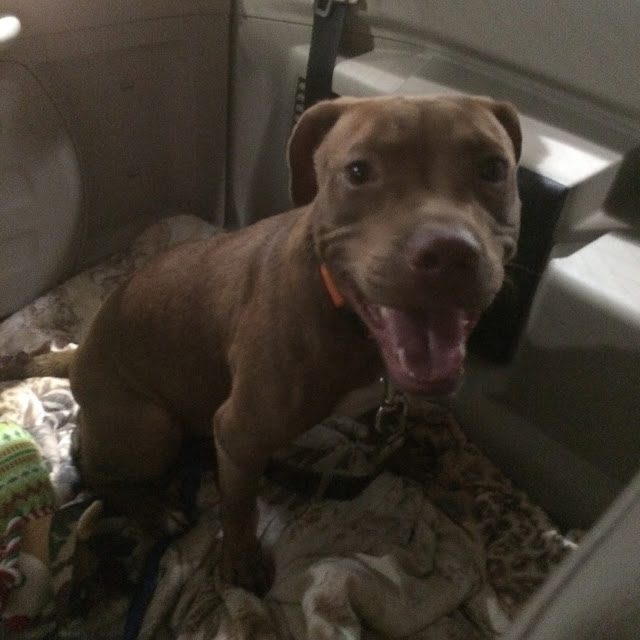 The first few days were challenging, tag teaming the cat who had to be moved into another area of the house, cleaning up pee puddles and piles of poo, stopping Bob from eating Bonnie's food as he's a quick eater and Bonnie was chewing each biscuit, unfortunately Bonnie chewed everything and there were a couple of casualties in the form of a dog bowl, a few pens, a shoe, door stop, cats toys and the cable for my laptop. 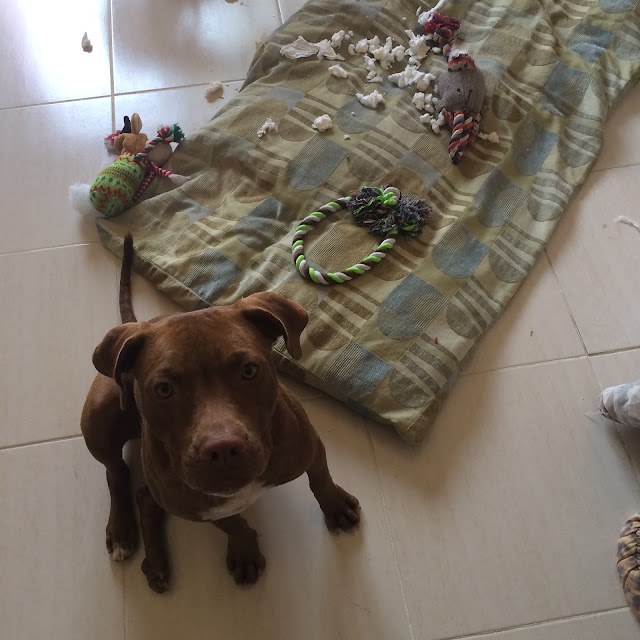 We also had issues when going for a walk, well more the coming home which was the issue. I assumed I'd walked Bonnie to far and had to carry home the last 30 meters from the gate. So I altered the route to make it shorter and again she refused to walk the last part. I walked the dogs together which was similar to maypole dancing with the leads, I walked them separately but she still sat down and refused to walk the last part. 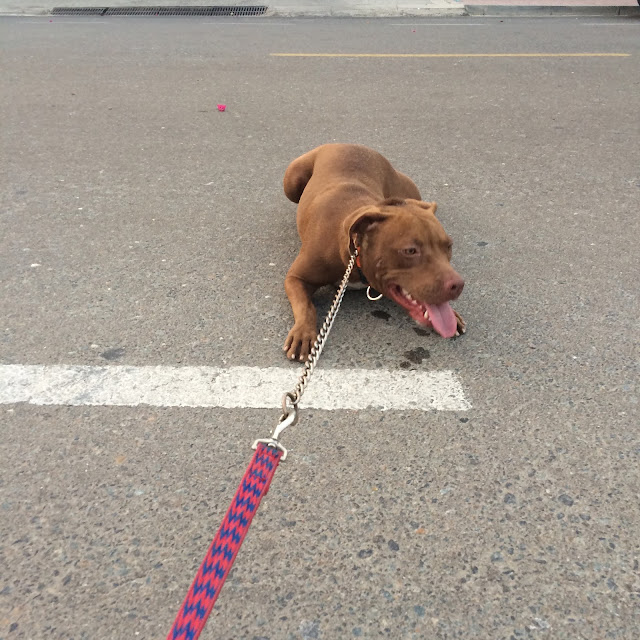 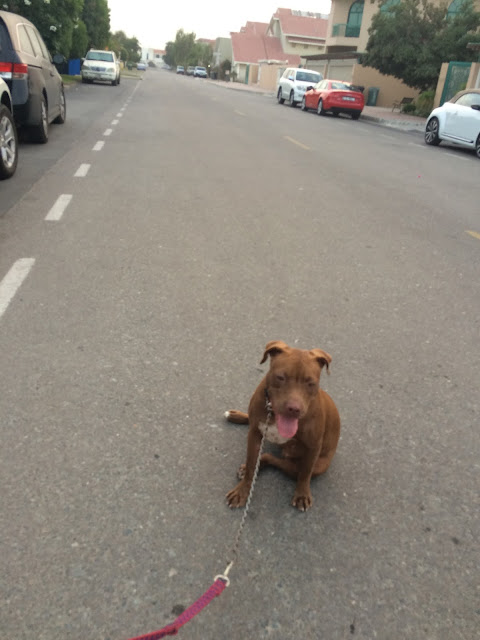 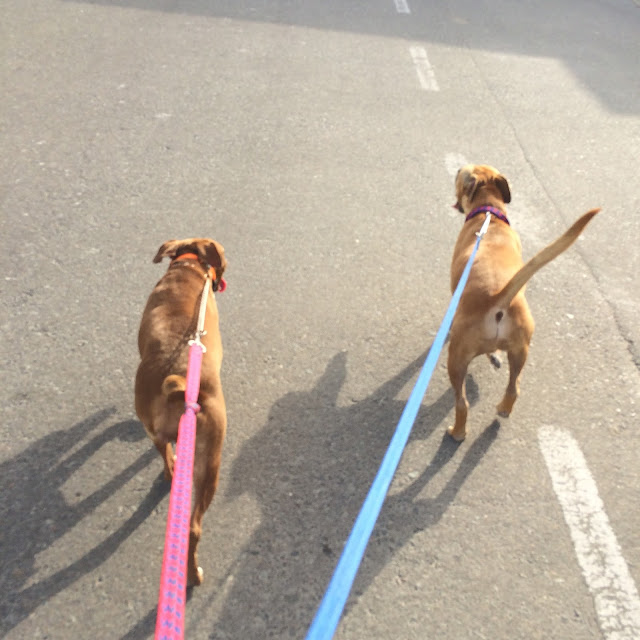 It took Bonnie 4-5 days to settle into a routine. She sat and waited patiently for her food, she sat on command to receive a treat and went to her bed when instructed. She stopped chewing after responding to verbal discipline, the removal of the chewed item and the instruction to go to her bed.
She toilet trained with a routine of going out around 5am for an hour, again at 3pm for a few minutes and around 9pm for half an hour. 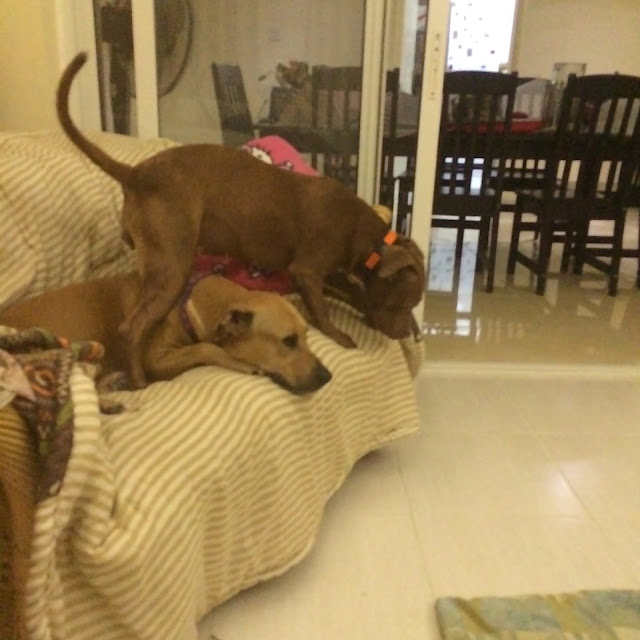 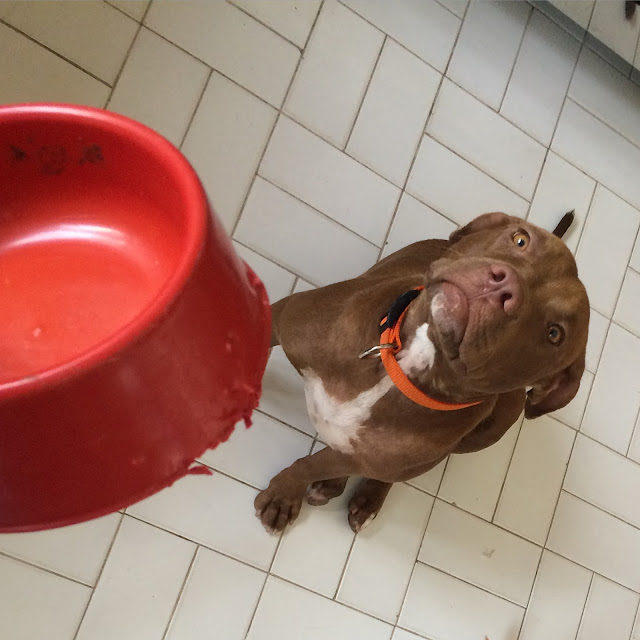 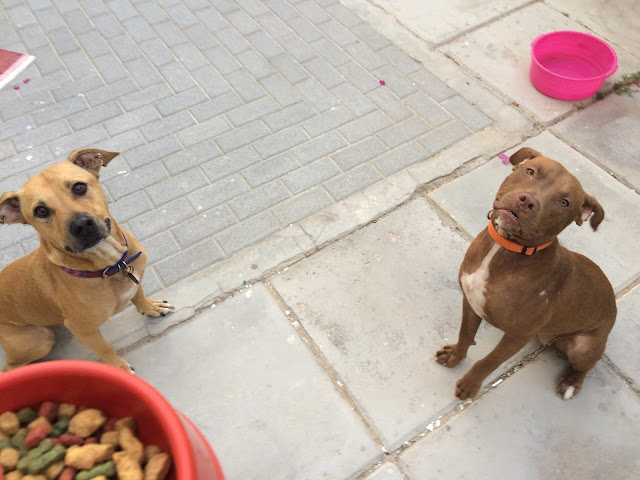 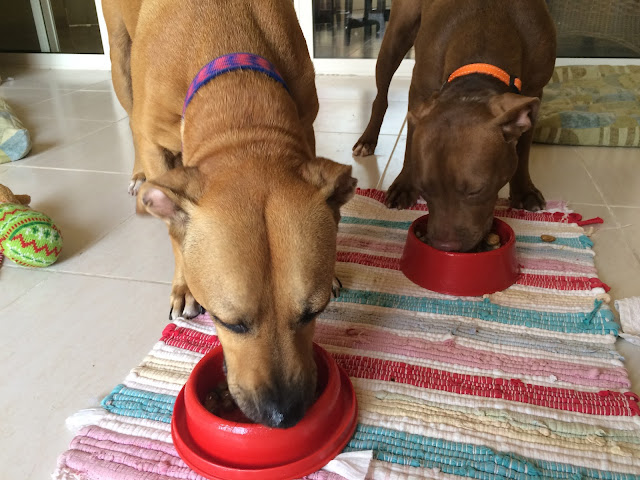 Bonnie loved the cat, however the cat didn't love Bonnie and hissed and growled causing Bonnie to back off wagging her tail. There was an altercation in which Bonnie came off worse, but like with our own dog, they would have settled over time. 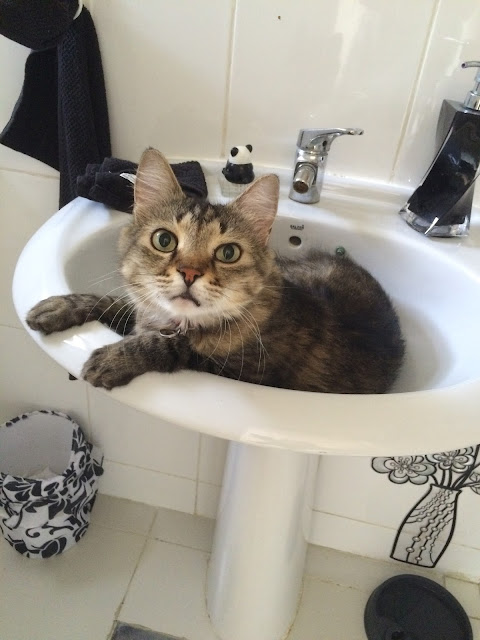 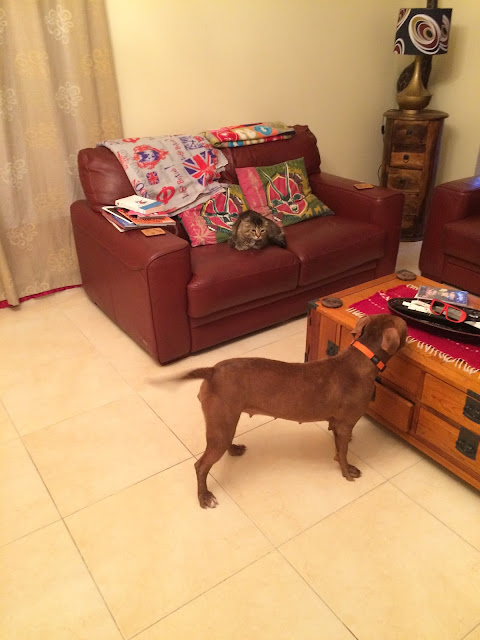 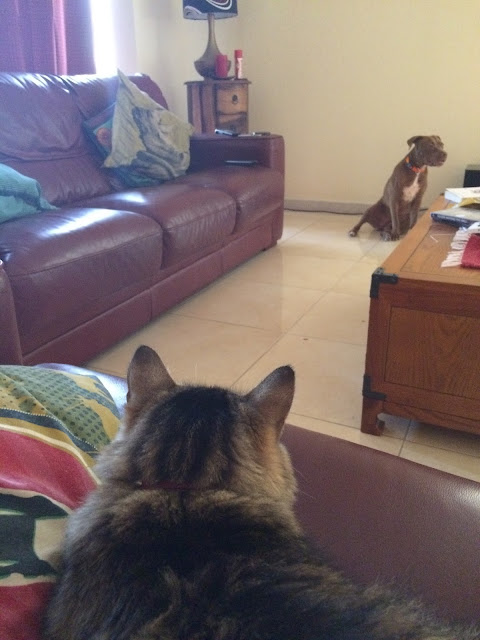 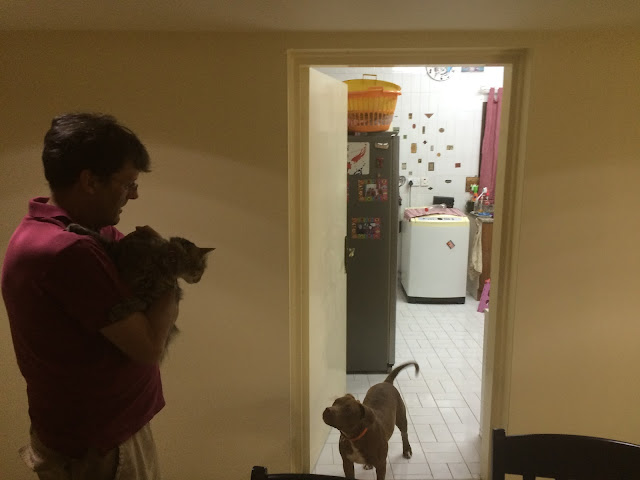 There was lots of socialising and playing with humans and other dogs and Bob and Bonnie formed a bond almost immediately. 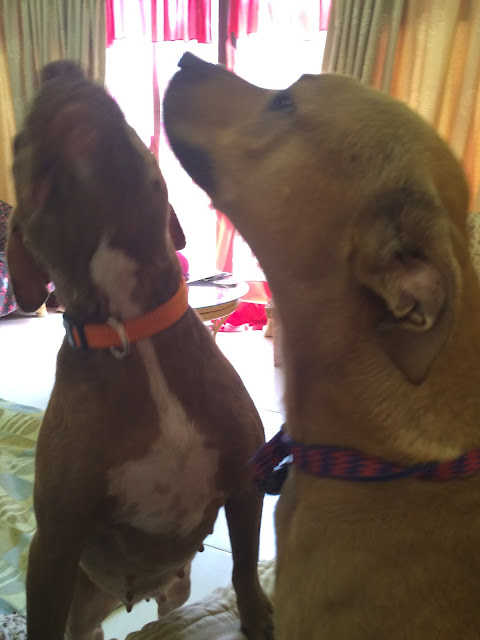 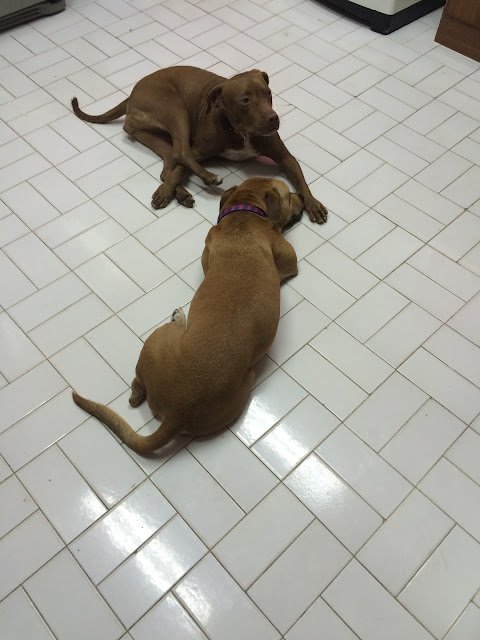 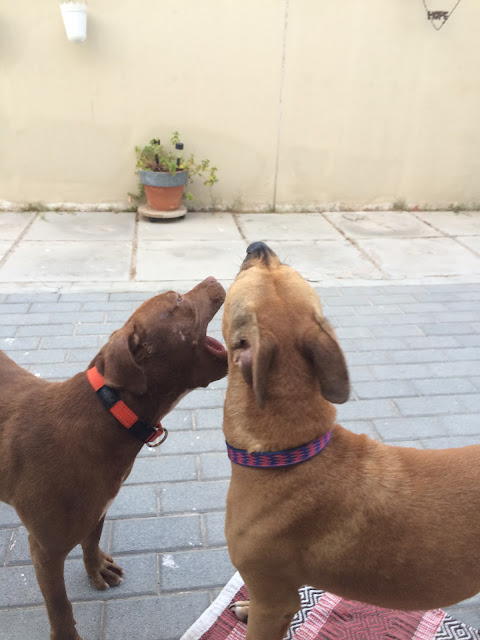 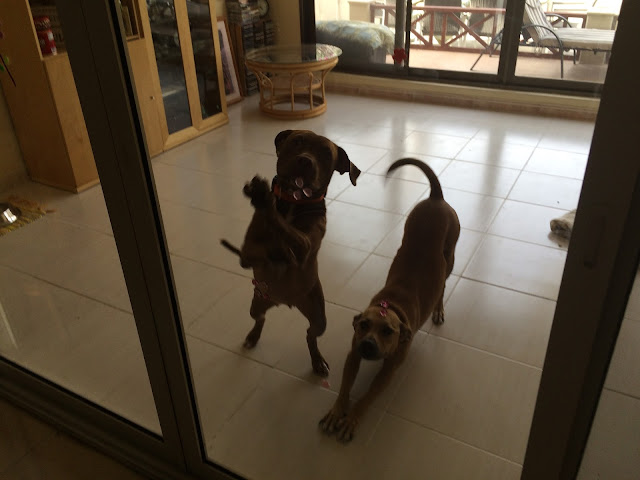 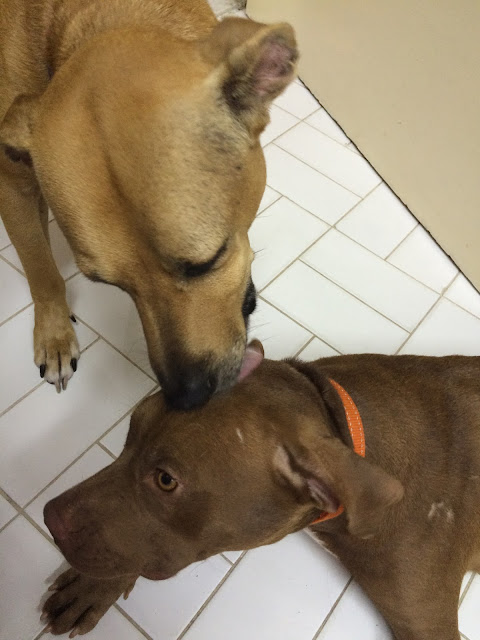 Two weeks was not long enough to work with Bonnie with human food, we shut her out the kitchen when we were cooking as she jumped up on the counter and helped herself to a cake. Bob used to pester us for food but now sits quietly under the table while we eat, again, I'm sure if we had Bonnie longer we'd be able to work on that also. 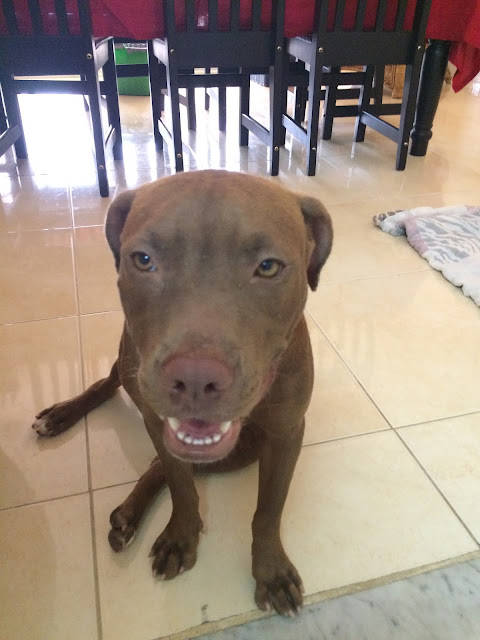 Bonnie had to go to a temporary foster home as I'm now travelling and I really hope we can find her a forever home very soon. She is gentle, loving and desperate to be loved. Bob misses her and the cat has finally come down from the top of the kitchen cupboards. 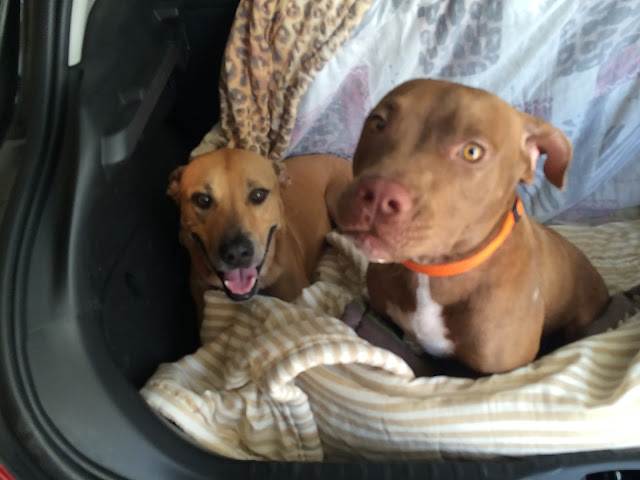 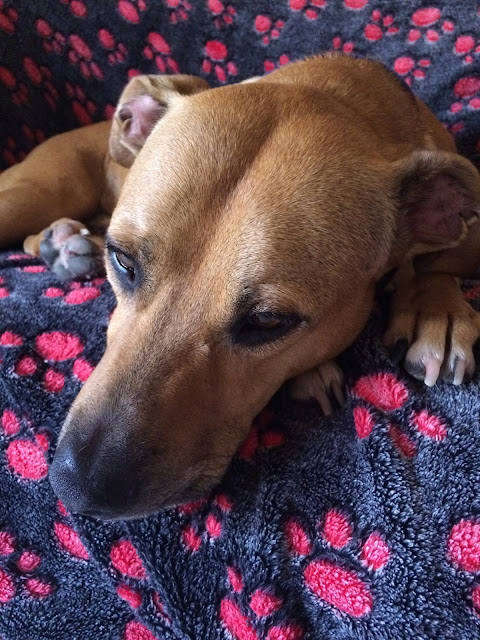 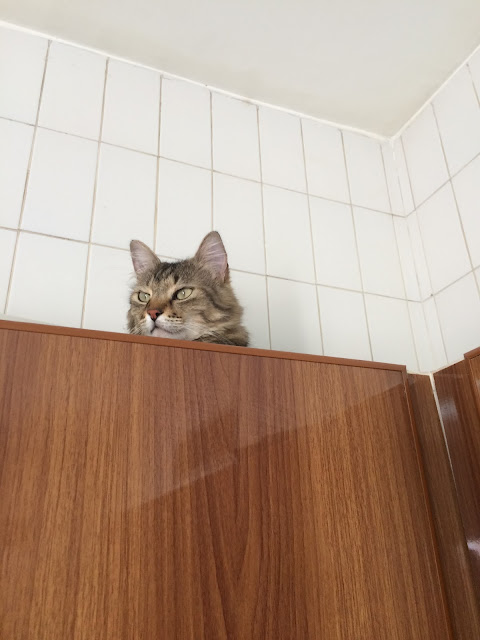