Both Peter and I have piled on a few pounds during our UK trip.

Since leaving the UK early 2011 we've noticed how much healthier we've been eating than we did in the UK.

We've also been drinking a lot of sugary drinks as well as upping our alcohol intake (pub meals almost daily).

On our return to Dubai we said we'd get back into our normal healthy diets. Yesterday I felt a bit headachy, we went out for a salad for lunch, which I had a glass of water with and homemade lasagne for dinner. I drank rose tea throughout the day and took to my bed at 5pm with the start of a migraine.

I spent all day today in bed, mostly sleeping and drinking water. At 4pm I downed 2 cans of coke and ate 4 welsh cakes, at 5pm I felt well enough to take a walk on the beach, followed by a burger, curly fries and mountain dew. I took a shower, walked the dog, did a load of washing and took the bins out.

At 8pm I was suffering with indigestion, felt sick and my headache had returned.

I'd OD'd again on carbs, but I did have 3 hours of feeling well and was up and and above, but that was because I had a sugar rush. My body fooled me into thinking I was feeling ok, but when the rush went, I felt no better than I had before 4pm.

Lesson learnt, I need to ween myself off the carbs and fizzy drinks slowly, so my body stops craving sugar. I'll start the morning with porridge and fruit juice and will make sure I have some carbs at lunch time to keep me going till dinner, which will consist of chicken and veg and salad. 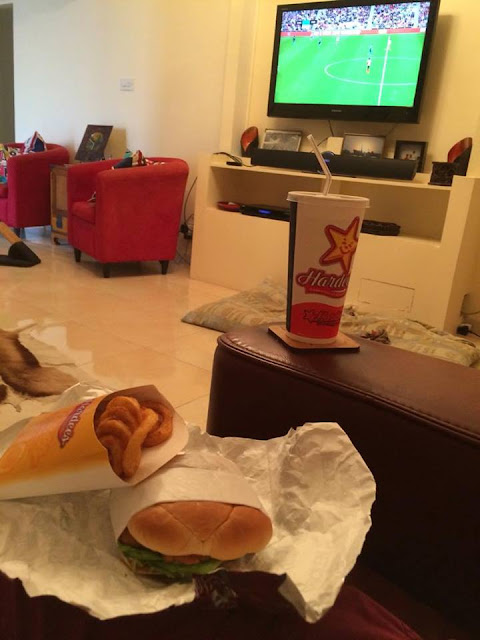