The week started in Northern Ireland saying goodbye to child 4, saying hello to 4a and her family. Child 4 is being deployed next week. I often go 6 months without seeing him, due to living in Dubai, but this time it feels different, because he'll be in the Middle East, not in the UK and as a mum one can't help but worry.

I got back late on Tuesday evening and spent Wednesday rearranging a one bed flat to accommodate child 5 moving 'home' on Thursday. I say home loosely, because home for me is in Dubai, home for child 5 has been boarding school for the past 4 years. Don't ask me what our plans are, other than help him look for an apprenticeship and something to live and then I'll go back to Dubai. Peter is feeling slightly helpless being so far away, I'm feeling slightly (very) lonely without him, but this is the price we pay for choosing to live abroad, we have to make sacrifices in order to save for our future, retirement, old age and to support our children.

Next week won't be getting any easier emotionally as I say goodbye to child 3 and 3a, prior to them moving to Australia.

Anyway, I did manage to find a positive every day this week and I must say despite the constant goodbyes, there have been many great memories made. 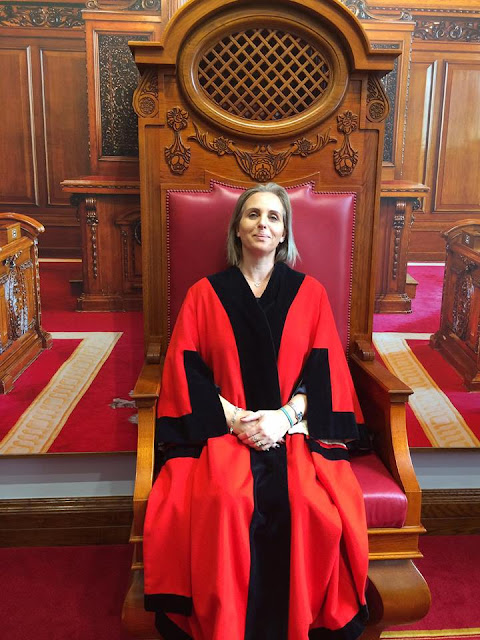 The B&B I stayed in was wonderful and I was more than happy to spend time in there just chilling out till 4 and 4a woke up and fetched me before taking me into Belfast for the day. Being in the army there are places he isn't allowed to go and areas were clearly marked with flags and murals on buildings. We visited City Hall, where I played Mayor, then we drove to Stormont and around the city, before they dropped me back at the B&B in the evening. 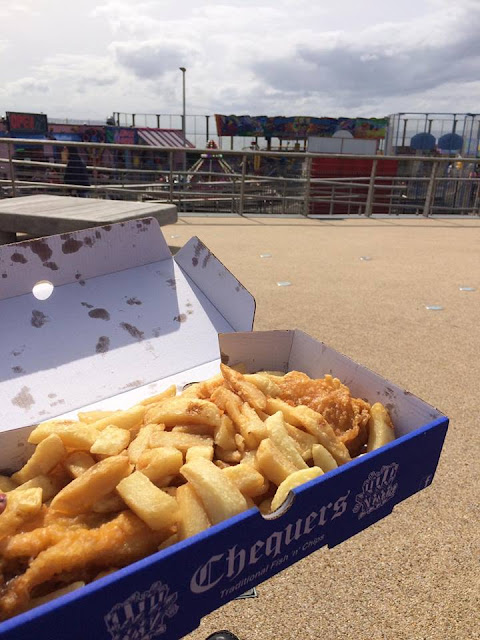 An early start and they came with coffee and we headed up to the North Coast to Carrick-a-Rede and the rope bridge, to Giant's Causeway, where I was nearly washed away by a freak wave and to Dark Hedges, all Game of Thrones filming locations and were full of tourists and tour buses. Goodbyes were said to 4a's family and I was dropped back wet and tired at the B&B. 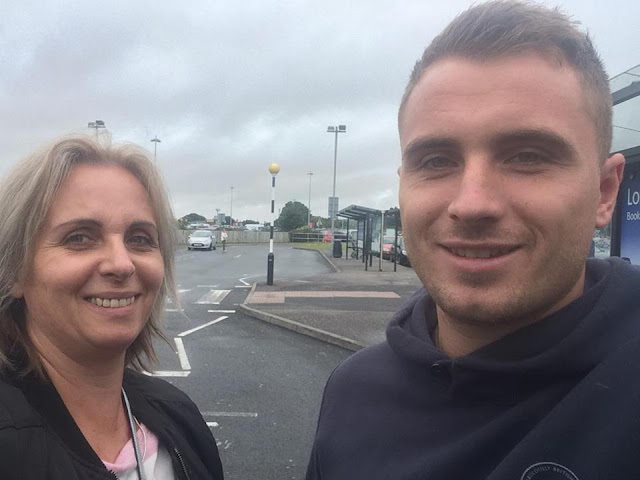 I checked out the B&B and was taken for breakfast before heading into Lisburn to see the local town, a walk round the shops and a beer. Saying goodbye at the airport involved an awful lot of tears and hugs and words of wisdom and reassurance and they drove off. I got back to Birmingham at 9.40pm and to South Wales by midnight.

186 Wednesday. My Pets. The metal flamingo was a birthday gift, I've no idea why I bought the inflatable giraffe. 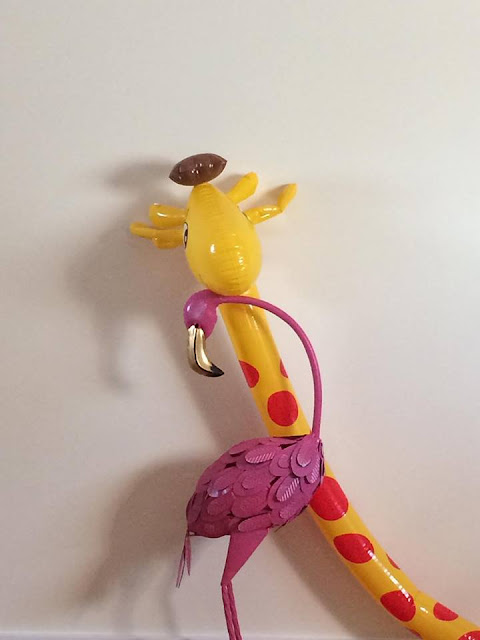 I spent the morning just chilling out, had my nails done and then decided I really should clean the flat and rearrange it all ready for the teen's arrival with 4 years worth of stuff on Thursday. Back to the Doctor's for another blood test to see what my White blood Cells are doing this week. 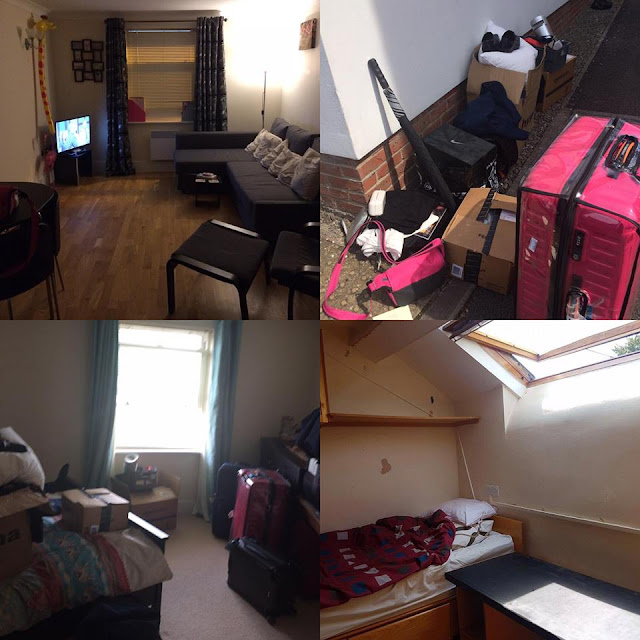 My sister drove me to Tewkesbury to Bredon School where child 5 has boarded for the past 4 years, I've not been over impressed with the past year he's been there and can't help but think the teaching and pastoral care has been very poor. I've made numerous complaints, but little has been done. Anyway it's over with now and time for the next chapter to start. Prize giving was long and boring and only really of any interest if you were either a) a member of staff or the PTA or b) a student or c) your child received a prize. It was full of in jokes and references to things that only a and b would understand, so pretty boring and a waste of time for the rest of us. After lugging 4 years worth of stuff from the second floor to the car and up another flight of stairs into the flat, unpacking and putting on 3 loads of washing and making up the sofa bed, cooking dinner, walking back to my sisters to collect the car, I retired to bed with a headache.

188 Friday. Giggle. Child 2 has had a couple of bad days, when he threw his chips on the floor in the middle of describing his bad luck it did make us chuckle. 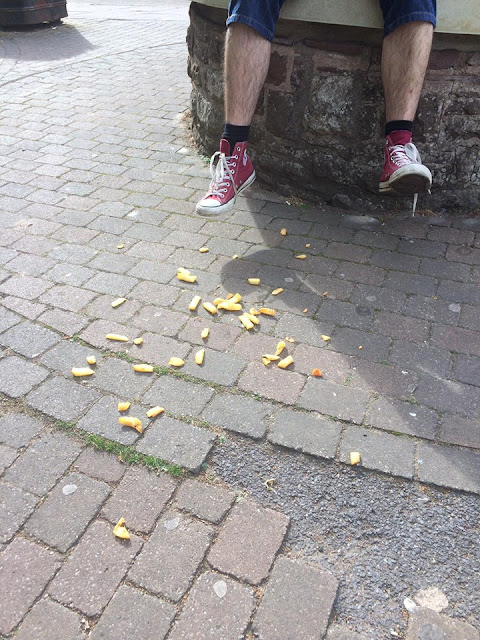 Not a good day, too much admin to get on with, the odd bill and loads of signing in and out of various emails and accounts to tidy up loose ends. The teen is learning valuable skills such as flushing the loo, washing up, putting his clothes away, budgeting for food shopping and cooking dinner and washing up. 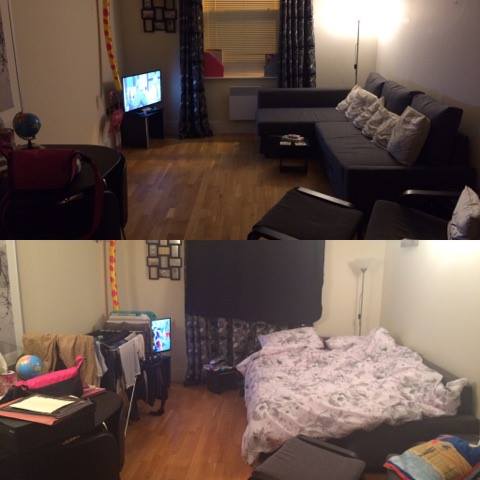 I don't have a deadline to return to Dubai, but I'm not planning on staying in the UK, whilst we own a one bed property in the UK, it's not really designed for living in full time with an 18 year old, he has the bedroom, I'm in the lounge/kitchen and sharing my bedroom with the washing and the cooking smells, but it means the teen is out the way and I can come and go as I choose and he spends quite a bit of time with me watching the TV. Visitors are not welcome at the moment as I can't be arsed to make the bed (fold the sofa up) every day.

On the blog this week:
My Sunday Photo: B is for Belfast
Parenting: What is the right age to leave home?
Gardening, animals and outdoors: Wildlife and plants in the desert.