Grief is a very personal thing and we're all dealing with it differently. Both mum and I are fine when we're in the house, but as soon as we leave it and face the real world we are struggling. It's really strange, the first week I couldn't cope being in the house where my dad died. I had to move the rug, couldn't use the downstairs loo, couldn't tolerate the kids leaving their shoes where he had fallen and I jumped round the bottom stair into the hall way. 3 weeks on, I'm able to carry on as normal in the home, the rug has been returned to it's original spot. I knew I was being irrational, but it was difficult to manage. Very little has changed, I know my dad isn't here, I know he hasn't just popped to the shops, but life is carrying on, jobs are getting down, memories are being made, the kids are helping their nanna with jobs their granddad didn't get round to doing, we're making changes around the home, nothing major, just little things. There's still so much to do, things to sort, a car to sell, the teen is still making his apprenticeship applications, which have been neglected a little, there's a ton of phone calls mum wants to make to say her thank you's etc, I have a load of paperwork and bills to pay for the flat and our house in the UK, plus we need to renew rental contracts etc in Dubai soon. I really need some time out.

204 Sunday Freedom - Enjoying the rain, makes a change from the weather in Dubai. 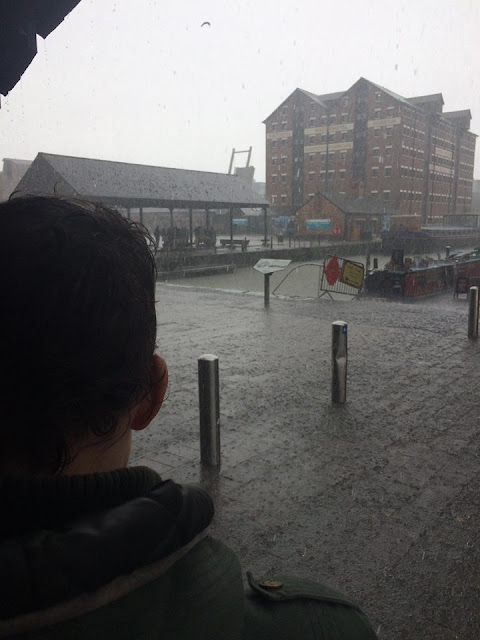 Idiot neighbour pushed passed me in the stairwell this morning, then on his arrival back at 11pm that evening with a mate or two he was yelling 'that's the stupid effing bitch who wouldn't let me in' In between dealing with him and his antics we dropped in at my mums in the morning to check on her and 4 and 5, then went to Gloucester to visit child 1 and take her out to the Docks. We got caught in a torrential downpour, then drove to Birmingham to collect 3 from the bus station. 2 and 2a arrived in the evening and Peter took them all out for dinner, while mum and I just pottered around. 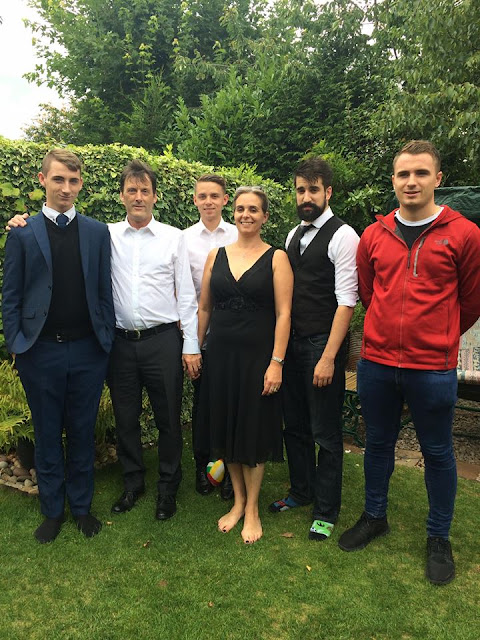 Up and at mums by 8am, various cars loaded with various people and we set off for the Crematorium. I travelled with 2 and 2a and made them stop for coffee while the rest of them got to the there half and hour early. I had a few wobbles during the service, but as strange as it sounds, the funeral was actually the easiest thing I've had to do in the past 2 weeks. It was lovely catching up with the family, most of them I've seen recently, some I haven't seen for almost 15 years. Peter and I paid a visit to place some flowers from Dad's flowers in vases for my 2 uncles and grandparents in the gardens. We were back at Mum's by 2pm. Child 4 left with my friend for the airport at 4pm to return to Belfast. Mum had a sleep. Sister and I sat in the garden to moan about Dad, nothing changes, other than instead of him sitting in the conservatory moaning about us moaning at him, life does really still go on. 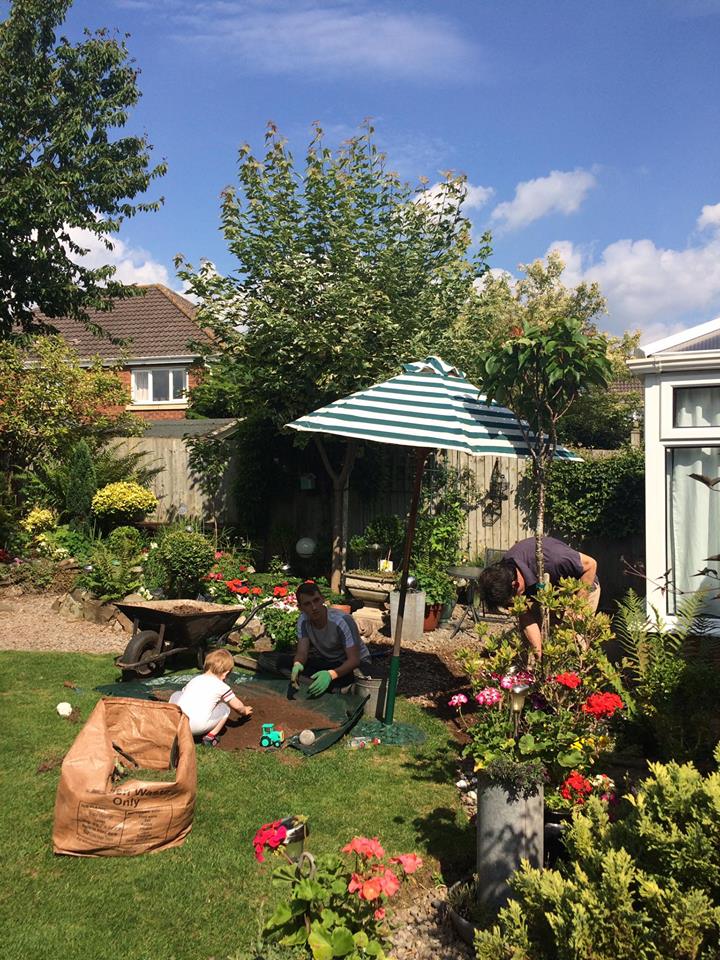 I spent the morning sorting out insurance policies, we had a visit from the funeral directors with some new order of service with the correct dates printed on them and an apology from the printer. In the afternoon I had to make a victim statement at the police station in regards to my neighbour and the grand kids and the great grand kids got on with some jobs around the garden.

207 Wednesday Party - Really not in the mood for celebrating. 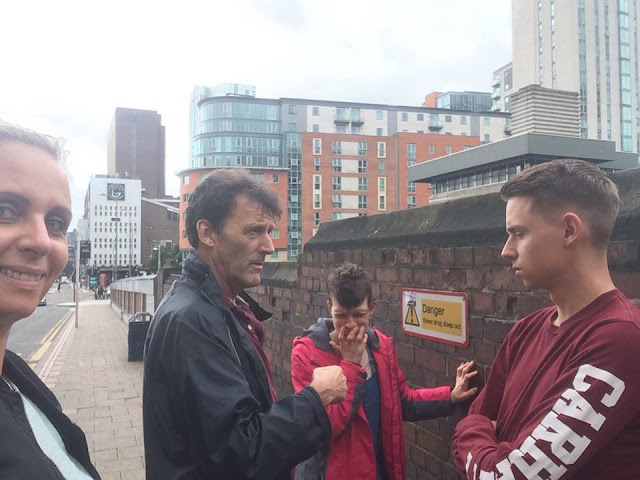 Another tough day as we drove child 3 up to Birmingham to catch the bus back to Leeds, before he flies out to Australia on Monday. It was a very emotional day. We collected child 1 from Gloucester and Peter was able to drive her mobility vehicle.

208 Thursday Food - I've drunk more coffee than I've eaten over the past few weeks, it's the only thing that's kept me going. 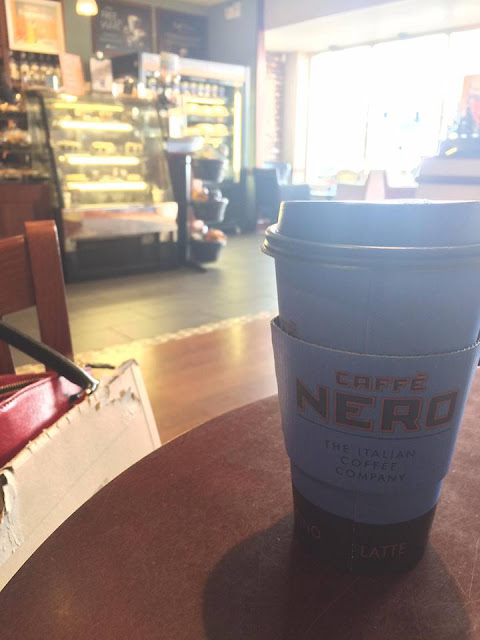 Off to Bath for the day to visit MIL, out for lunch and some shopping. the driving is killing me. I have 3 cars to drive and currently I'm the only one insured for them. Peter cooked dinner while I made some telephone calls to notify various companies my father had died, it's exhausting saying the same thing over and over. It was a long day for my mum and child 5 without me around so I slept over again and I'll probably move back in for the next week or two.


209 Friday Sleep - everyone was well and truly worn out, digging up tree roots. 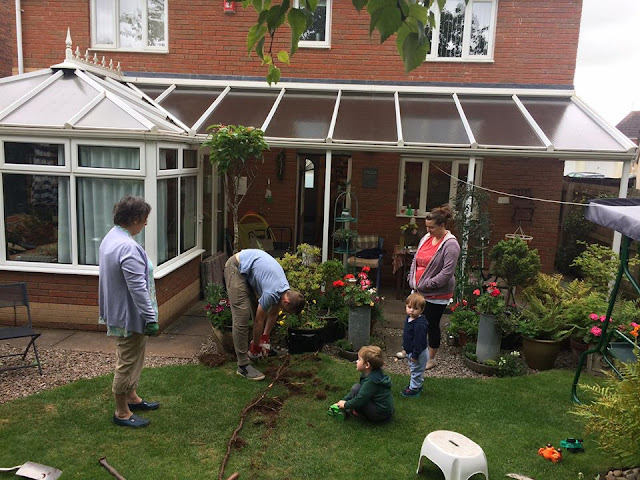 More gardening work, I'm getting good at this supervising. More paperwork and phone calls, appointments with banks and solicitors made for next week. There's so much to do. 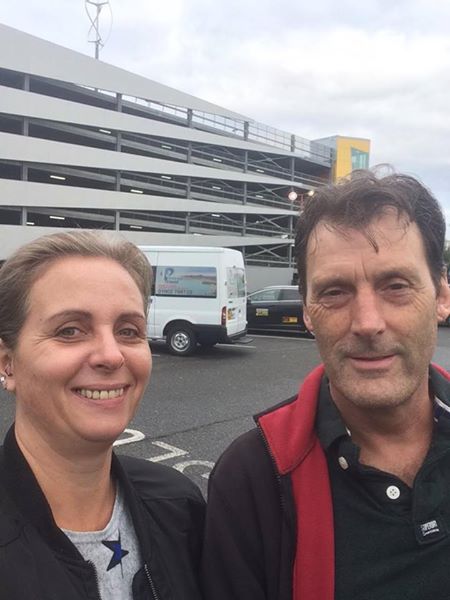 I seem to be saying a lot of goodbyes this week in Birmingham, today was the turn of Peter. It's not been an easy week at all. I was back at my mums by 9am and after a bath, we went for coffee and a food shop, I spent most of the day sorting paperwork, most of the family came round and I cooked a roast dinner, for the first time in 3 weeks I had some time to sort through photo's and catch up with some blogging and TV.

My Sunday Photo - T is for Together