Can money buy an education?

Money can't buy an education.....it can pay for a child to be educated, but it can't be used to buy higher grades.

Our youngest child has finished school aged 18 with 5 GCSE's and several qualifications in computer related subjects equivalent to A levels, but he won't be going to University. He is now living back at home while he applies for apprenticeships.

For the past 4 years child 5 has been in boarding school in the UK. He returned for the start of year 10 in 2013. We were living in South Africa. Government education wasn't an option, so we were paying for private education over there. Learning support wasn't an option and working in education and in special needs I'd identified at an early age that the youngest child had additional learning needs around the age of 5 and by the age of 7 we had opted to move him into a fee paying school, The Downs Malvern College, where class sizes were 18 and we could pay for additional learning support that just wasn't available in governement schools.

It was evident he was dyslexic and as statements aren't supported in private school, we didn't seek one from the Educational Psychologists, until he started secondary schooling in South Africa in January 2012, where he was diagnosed as dyslexic, dyspraphic and having dyscalculus. He needed support with his reading, writing and mathematatics.

Towards the end of his GCSE's we relocated to Dubai, we took advice locally and in the UK and it was decided he would remain in the UK to finish his education so as not to disrupt his learning. The fees for boarding at Bredon school were £30,000 a year plus additional costs for learning support. The fees covered lessons, food and board, but did not cover trips out on weekends or during school time.

Now I may be a little naive, but I expected far more in all areas that what we actually received for our money. I relied fully on the school to keep me informed of his progress, I relied fully on those who collected him and dropped him off for exeat weekends or to bring him to and from the airport for the long school holidays when he came home and I had thought that by the time he left school last week, that there would be things in place for his future, but I got it all very wrong.

It would seem that everyone you collected him and dropped him off thought I knew about the state of his room. 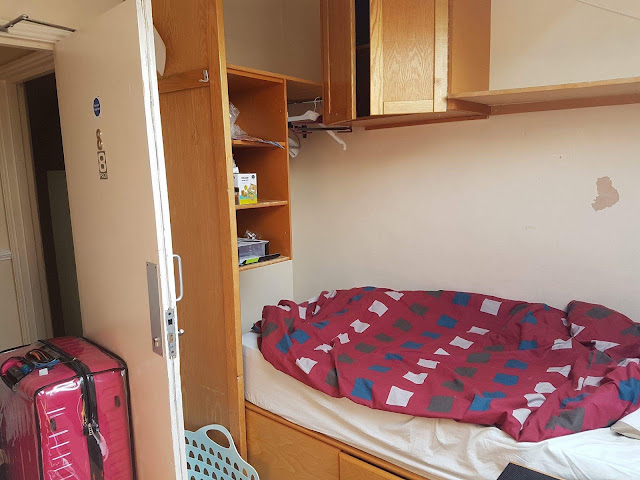 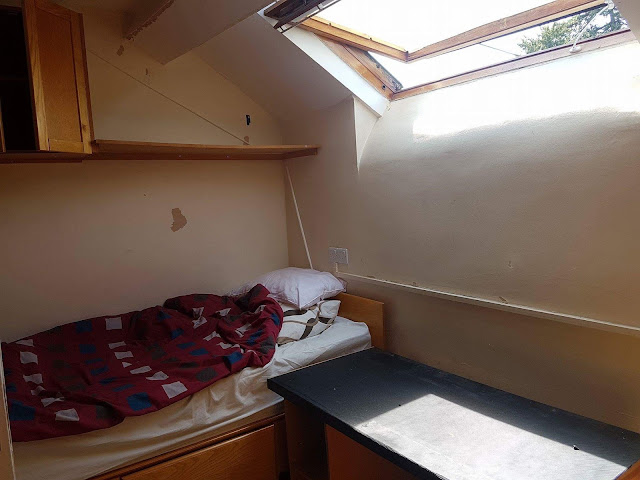 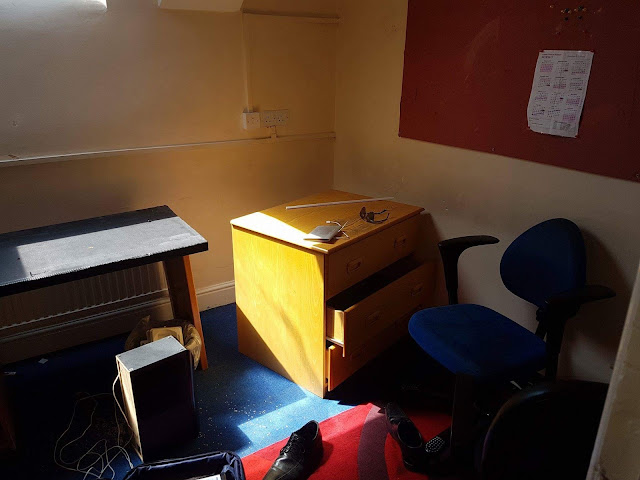 The peeling paint, the broken furniture.

On Thursday I collected my son from school with 2 suitcases and 3 cardboard boxes of his belongings and a handful of certificates and nothing else.

I have a list of websites in an email where I can support my son to apply for an apprenticeship, I have no idea what we are doing, what the timescales are and we have no support to move onto the next stage.

Children 2 & 3 went onto college from school in the UK, one studying Public Services, the other catering. The course included instruction, support and contacts into the world beyond and as parents we were informed of the next steps, how to support our child with applications for apprenticeships. Employers came into college to recruit students and after finishing their courses, they had the summer off and left home moving into the world of work.

Child 4 completed his education in South Africa, his school friends were supported into further education and with applying for University places. Our son wasn't following that route, as he was returning to the UK to join the army, but there was support and guidance there had if have chosen that route.

I was mislead with the youngest's schooling. His aim was to get an apprenticeship with CISCO having studied a course with them in IT and Networking which was industry specific. Of the 600 students they offer 6-20 places every year and if he wasn't successful then the other large companies would snap him up. So based on that knowledge and the schools previous experience with other students, I fully trusted them with what they told me, why wouldn't I?

But it's not that simple, it's up to us now to register on websites, make selections from drop down boxes, narrow down areas where my son would like to live (he has no UK base) re write his CV, because the one he's left school with is not up to date and do this on our own.

Many people assume children who attend Boarding School are privileged and entitled and have the world handed to them on a plate. We, as parents, haven't built up a network of useful contacts, we're not former boarding school parents, our son has friends, but he's not friend's with the parents and as most of the parents are like us, employed and with a mortgage, they have their own children to support.

We can't employ our children in the family business, there is no family business, we've helped the kids out with their first deposit to rent a place, or the odd bill, lent them money to tie them over and paid for their flights to come and visit us while we live abroad. But we're not in a position to pay for any of their lives, such as renting accommodation and we see cars and mobile phone contracts, holidays and perfectly decorated homes as something to be earned and prioritised, not a right of passage, they are a luxury, not a necessity.

So returning to my question 'Can money buy an education?' The answer in my experience is 'No' Whether we did the right thing for our son or not, doesn't matter now, he enjoyed boarding school, didn't resent us for sending him away, didn't feel abandoned, he was struggling with his education in South Africa, not wanting to attend school, feeling thick and stupid compared to his peers, so for him emotionally, we made the right decision, for his education?????????