I didn't think October would be a month I would see in the UK in 2017. The purpose of my trip apart from visiting family and friends was to help the teen transit from school to working life. I had planned to be back in Dubai by now.

October is also my husbands 60th Birthday. We had a party with family and friends in the UK earlier in September while he was visiting. We will have a belated party when I return home also.

October also marks the change of seasons, from summer into autumn and the passing of time since my Father died in July.

When I arrived in the UK for a month in March this year, I commented on how lovely Spring was, I returned in June in the middle of a heat wave. I've watched the leaves and flowers blossom, I've enjoyed the long summer evenings, I've embraced the rain although I'm now tiring of it and the evenings are getting darker earlier and the mornings are colder. The leaves are changing colour and falling to the ground, there are spider webs glistening in the morning sun and a mist over the river outside the flat in the mornings as well as a chill in the air.

I hope not to see winter this year in the UK. I hope that my winter photos are taken from the beach in Dubai at the bottom of the road from where we live before we move further in land, but I suspect I'll see the end of winter and the start of spring as I will probably return to the UK in February 2018. 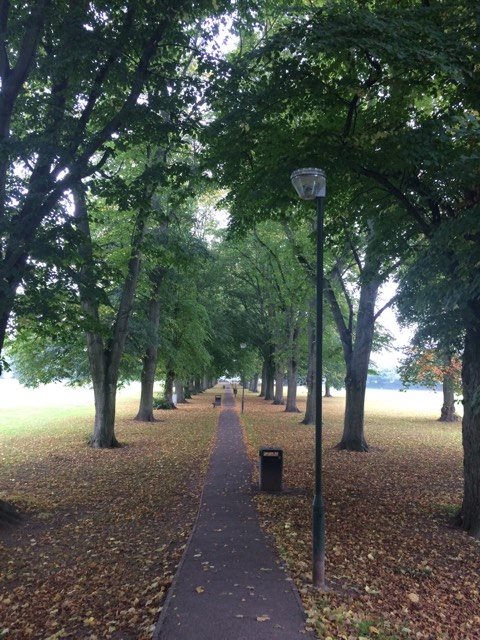 Email ThisBlogThis!Share to TwitterShare to FacebookShare to Pinterest
Labels: autumn, my sunday photo, mysundayphoto, o is for october, october