A great week for activities for me, throughly enjoyed my day at the Pro Am Golf in Dubai. I love watching golf as well as football, but I've never played either. I'd be tempted to take up golf, but it's so expensive here in Dubai and just too hot. I met a guy who works in the film industry and he suggested I sent my photo and number to a casting crew for a Ryan Reynolds Netflix Action Movie 6 Underground. I got a reply and was invited for a costume fitting and to the filming as an extra. However I was needed 2 days and wasn't available on the Tuesday, who knows? Maybe next time.

We had a massive storm on Monday night, the windows are covered in sand as are the cars, balconies, patio and garden furniture again.

315 Sunday Up early to take Peter to the airport as he's off to Saudi for the night. Got home at 5.30am and walked Bob and spent the next couple of hours sitting in the garden, blogging. I had to shut the cat in her room as the weather was gorgeous and had all the doors and windows open. We had the air conditioning units serviced, I paid some bills, then visited my friend for a couple of hours before going for a MRI scan. The afternoon I sorted through the Christmas decorations and watched the football before bed. I've a bulging disc and trapped nerves which are causing the leg pain on the left side.

Tis is the darkest it gets here in Dubai 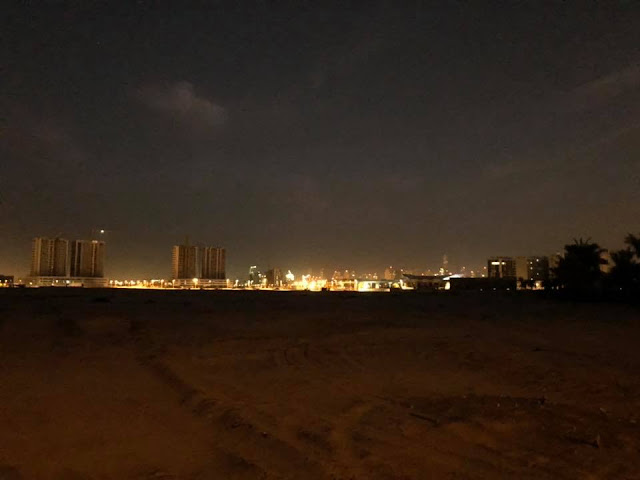 316 Monday Slept till 8am and just pottered around, pooped out for coffee and get a 'fail safe' salad for dinner. Peter arrived home at 4pm and we just watched Netflix, ate and drank wine.

Window cleaning after the rain 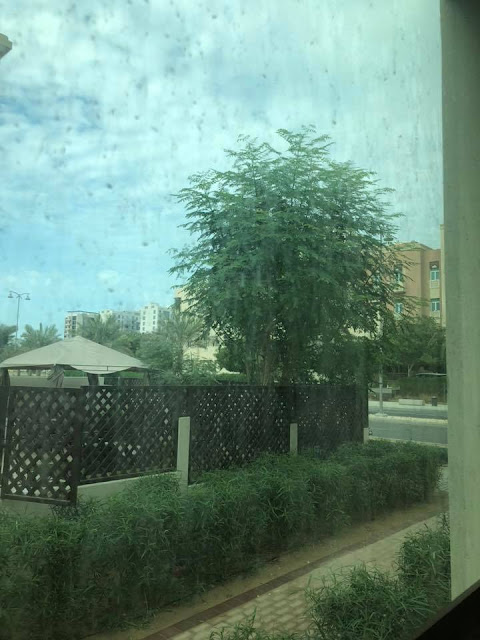 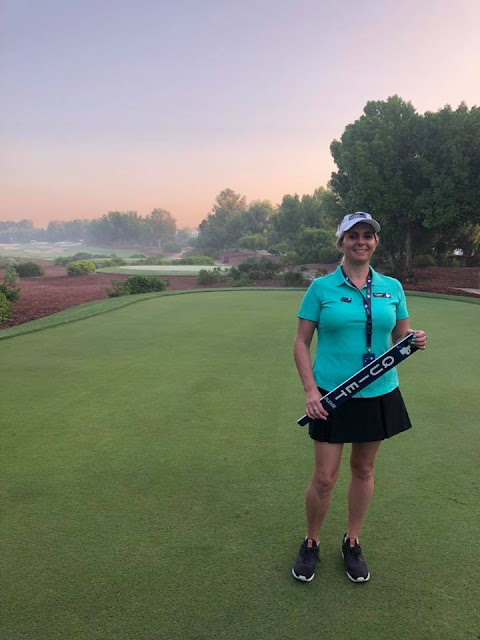 318 Wednesday Spent the morning at my friends house with Bob and used their pool. Friends are on holiday we were just checking all was OK. 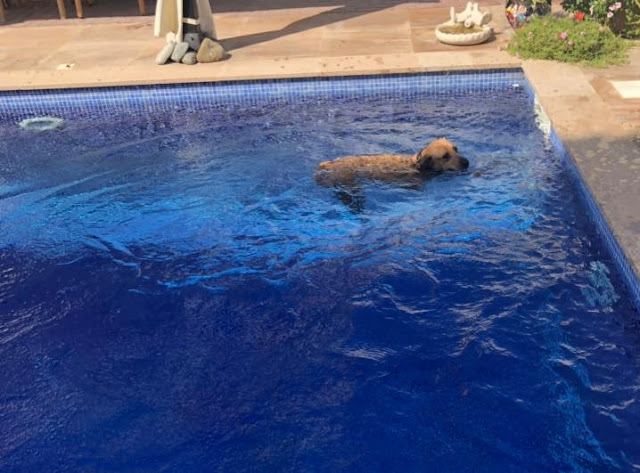 319 Thursday Back at the golf. had the most amazing experiences. Met some of the world's top golfers and spent time with them in the players lounge, on the driving range and chaperoning them from place to place.

This was the only photo I took all day, not allowed to take pictures of the players when you're working. It's the way abck to the car park at the end of the day 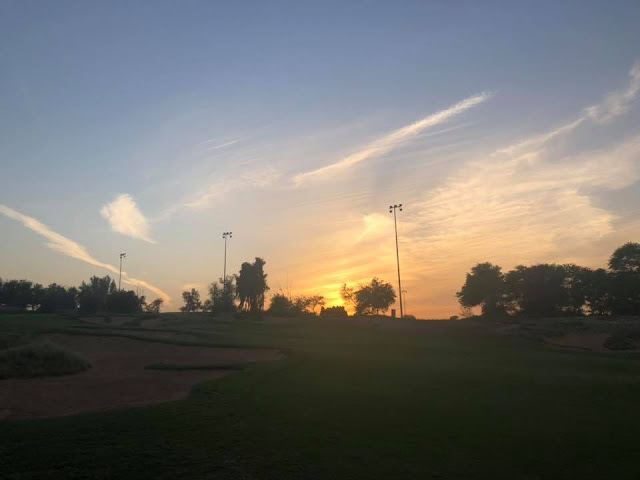 320 Friday Golf again and loving it even more. Spent an hour in the TV studios. Everyone is laughing at me as a golfer walks by and I have no idea who it is or when I introduce myself and then ask their name, however I did know who Sam Torrence was but only when he spoke. Got a little upset when I got home to share my day with Peter, as my dad would've loved to have heard my stories and seen my pictures. 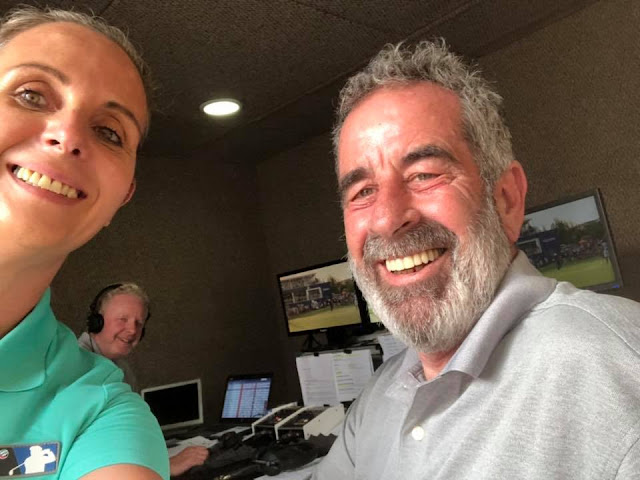 321 Saturday Golf for 7am, I get a time sheet the night before, no idea what I'm actually doing until I arrive. Previous role has ended and I've no idea what I'll be doing tomorrow either.
I took this picture yesterday before I started work, I have no idea what time I'll finish this evening and I'm straight to bed when I get in.


Ian Poulter teeing off from the 1st. 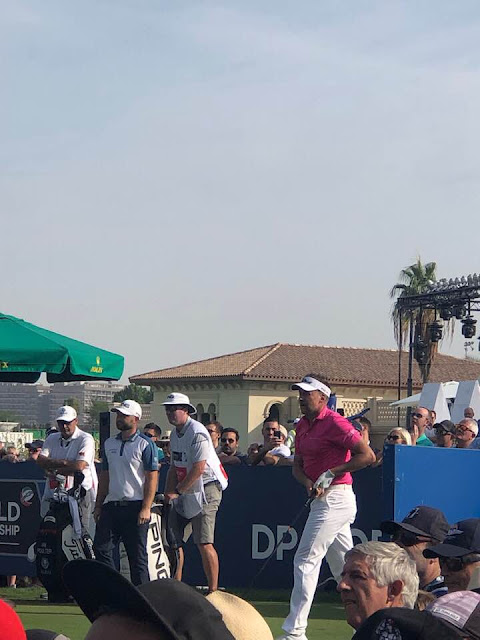 How to marshal at the European Tour.