Well it's been another typical 'Suzanne' week. All or nothing? This year has started with ALL and looks like it's going to continue like this for the foreseeable future.
I loved the golfing experience working with the TV crew over the weekend. Up and personal with the golfer with a large mic, working out the wind direction. I picked up a lot of gossip and personal information as well as quite a few blue jokes, in an attempt by the golfers and caddies to make me laugh. They know I'm there, they ask for it to be switched off, or go silent and keep walking away from me or chat none stop. I just smile and follow them around, often running between golfers before they line their shots up and ducking out the way of the TV cameras. It was hard work, I walked/ran  miles, all with a 15lb battery pack strapped to my waist and a large mic. If I needed the loo I had to enlist the help of others as the mic fed a live feed back to the studio and like I said, it picks up every sound.
I have a list of future dates given to me if I'm interested, in the UK and around the world, which would be paid and with travel and accommodation.

I've ended the week exhausted, every part of my body aches

26 Sunday Dropped mum at the airport at 5am. Last day of the golf, working with TV again. We had a sandstorm, high winds and heavy rain out on the course. As the golfers move up and down the leader board so do the TV crew. I was pulled off the 11th green and relocated back to the 7th tee box, meaning I walked an additional 4 holes. In the morning I watched Sebastian Soderberg complete 18 holes in 1 hour 39 minutes, the fastest round on the tour. The eventual winner after 2 play off holes was the Australian Lucas Herbet, who I'd walked round the course with the previous day. Stayed for a drink after the presentation then got the metro to the local mall where Peter and child 5 were having dinner and they gave me a lift home. Straight to bed and sleep. 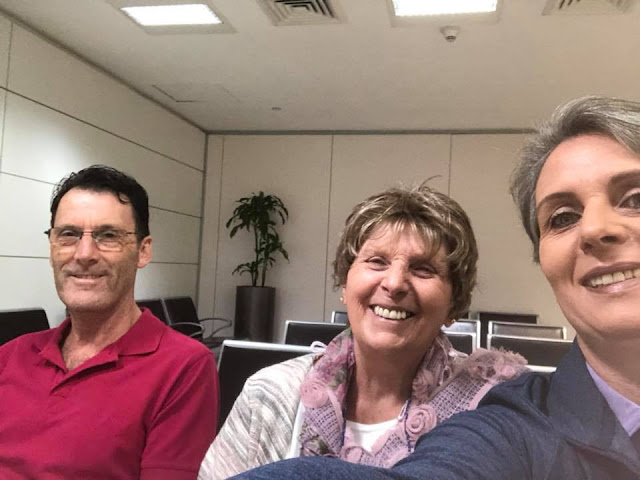 27 Monday Took Peter's car to the garage, then onto the Mall fo the Emirates to catch up with some blogging and did a food shop. Afternoon spent tidying, washing,  and lying down on the bed in between. 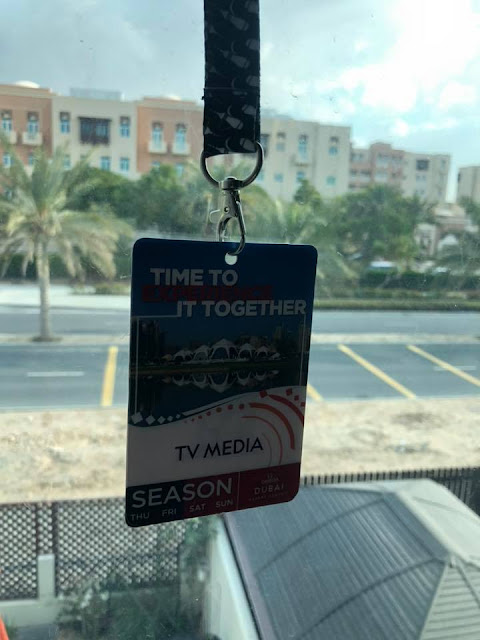 28 Tuesday Dropped Peter at the garage to collect his car, then onto hairdressers and nail bar. Popped in at a friends for a short visit,  got a new wiper fitted to my car and came home to get the last few bits and pieces ready for the cat and dog. More washing, changed the beds, and filed some paperwork. Took Bob on a mammoth walk. 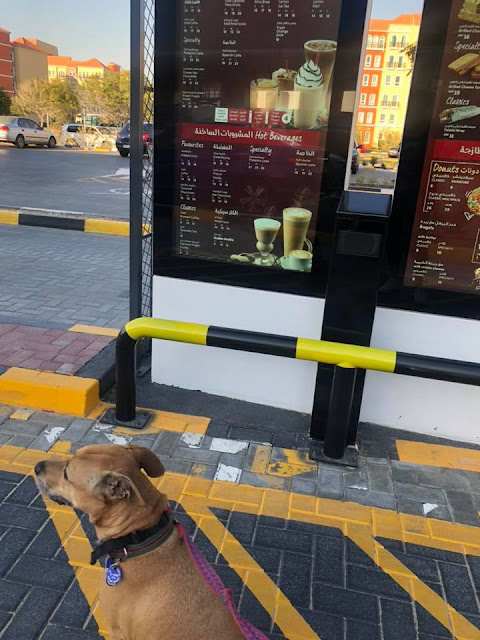 29 Wednesday Took Bob for his last walk in Dubai and then him and Pushkins onto the vets for their worming tablets, last piece of paperwork signed, off to State vet for chip scan confirmation and handed the cat over to the relocation agent and took the dog to the kennels for the next 2 nights before his flight. Home to finish packing. We went out for an early dinner. 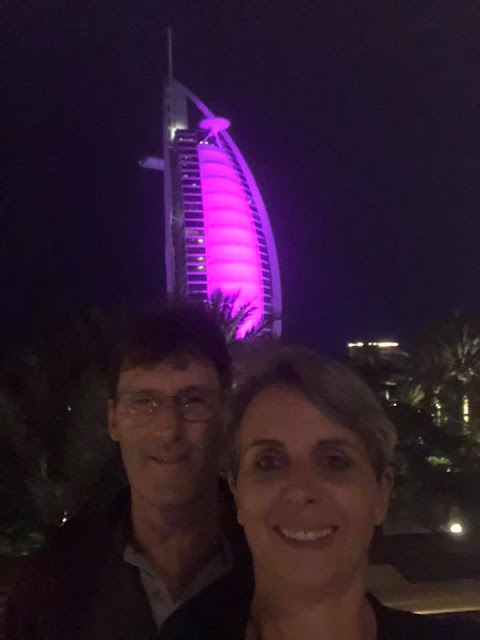 30 Thursday Didn't sleep well, had a headache and brain was full. Last minute tidy up for Peter, hand luggage packed then child 5 and I headed off to the airport for our flight to the UK. Collected car hire and drove down to Malvern. The work carried out on the house hasn't been to a standard I was happy with, but at least it's mostly visual and not dirt. 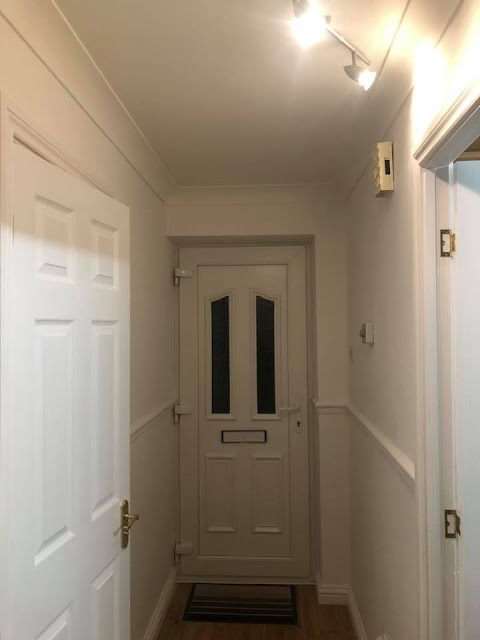 31 Friday First morning back in the UK, popped out to buy a washing machine, made calls to book, plumbers, electricians, window and oven cleaners. Drove down to South Wales to check on the flat and rental agents progress. Saw the Things, mum, my friend and the twins, other friend and called in at child 2, 2a and our granddaughter 2b. Home late. 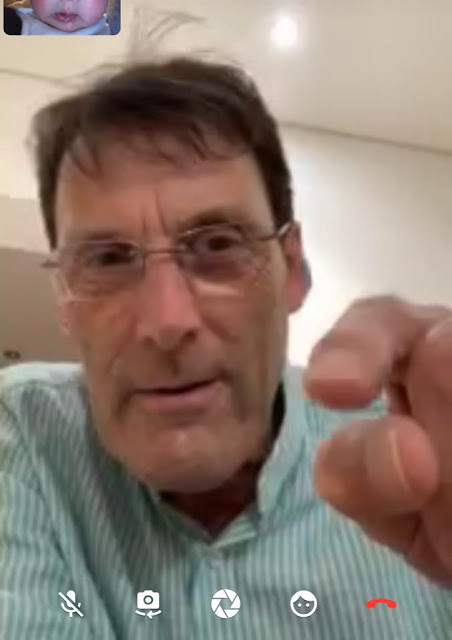 1 Saturday Brexit Day, all looks the same out the window. Cat and dog's flight landed on time and they were processed, collected and delivered to the door. They seem to be settling in well, Bob keeps sitting by the door as if he's waiting for Peter to arrive. They both explored the house and settled into their beds. The cat is using the carpet on the stairs as a giant scratch pad. Friend and neighbour called round. Took Bob for a walk, he was so excited to be out, he dragged me around. Bath and an early night. 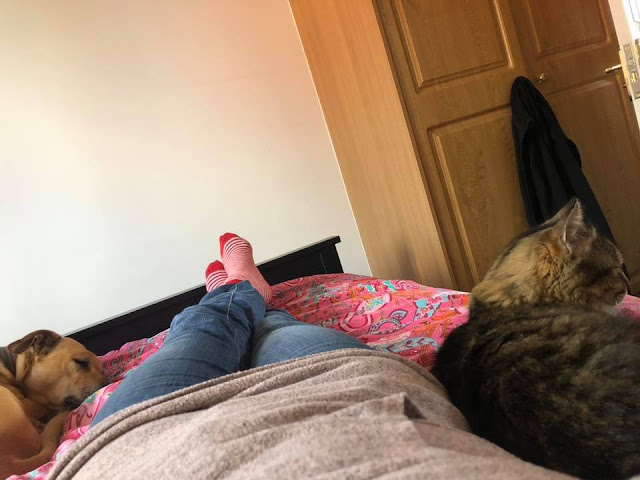 Preparations for moving to the UK, getting jobs done around the house


You are invited to the Inlinkz link party!
Click here to enter
Posted by chickenruby at 09:26:00