After 20 years together last month, our semi separate lives began in January 2020. 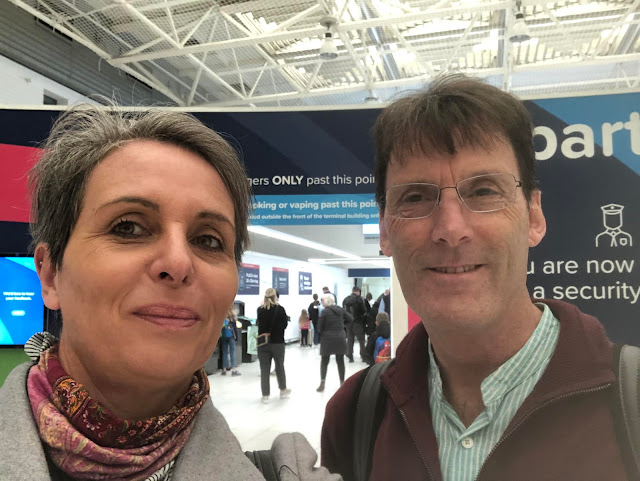 During the past 20 years we've been used to spending time apart with Peter's job, but for 2-3 nights a week in the UK or Europe.

In January 2011 we left the UK and moved to South Africa, for 4 years I was only away for 2-3 weeks once or twice a year, apart from 2013 when I was in the UK for 4 months evicting tenants through the courts. Peter travelled further afield and for longer periods of time.

In December 2014 we moved to Dubai, Peter's travelling was similar to the first 10 years in the UK and I was the one away for longer periods of time. In fact for the past 3 years, I've spent half the year on and off in the UK and he has travelled during these periods.

In October 2019 we started having issues with our current tenants and as we had plans for Peter's retirement in 2023, it was easy to make the decision for me to return to the UK and reoccupy our family home. Peter was now spending more time and for longer periods in South Africa with work and with me escaping the summer heat for 3 months, it was decided I'd be based in the UK and we'd both travel to visit one another as often as we could.

I moved back into our family home in January 2020 with the cat and dog, back in Dubai for March and again in May to supervise the packing and moving of our furniture, half to the UK, half to a new apartment in Dubai.

Peter will then come to visit for a fortnight for a wedding in June.I will be going out next in October, when the weather has cooled. Inbetween if Peter is travelling to Turkey or Egypt the p[lan is I can fly out to meet him.

So far, we've not really noticed a difference, he can concentrate more on his job, not worry about the cat and dog when he has to work late or travel and I am making friends and enjoying life in a community, something that was lacking for me in Dubai.

I'm not working and I won't be looking for work until 6 months before Peter retires, so I have the freedom to travel out to Dubai whenever I feel like it. While Peter is working it makes sense to get the house sorted while he still has an income coming in.

We have an app in Dubai that allows us to make and receive voice over internet and video calls, which means we can talk freely and openly, something we haven't been able to do when travelling since January 2018 when all voice over internet was blocked. It also means that Peter has more contact with the family as we can video call more often when I visit Child 1 who is unable to verbally communicate and to watch our grandchild grow and not feel left out of the milestones in her life. Last week Peter was able to watch the baby roll from back to front and share the experience with us all in real time. 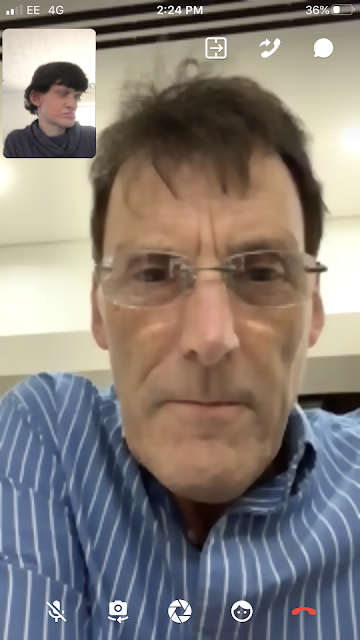 I'd love to hear from you if you're in a similar situation. How long has it been going on for? What's the best/worse thing abiout being married and living in different countries? How do you manage/cope?
Posted by chickenruby at 13:58:00